Has anyone ever needed a strong spirit more than in the cold, dark, dismal depths of winter? We think not. But you’ve got to be careful with the booze; it’s commonly known that beer gives you a belly and wine is pretty calorie-heavy – according to Drinkaware.co.uk a 250ml glass of 13% ABV red contains 228 calories. Spirits, however, don’t have many calories as the sugar is fermented out. With a sensible mixer, these top tipples will get you through the dark times and ping you out the other side without a whole lot of weight gain. It’s about time you tried lightening your spirits with…

The story: This little gem takes its name from copper, the twenty-ninth element in the periodic table, which gives it its smooth taste. Distilled in the Black Country, this is a wheat vodka and, rather impressively, claims to be the world’s first refillable voddy. As far as booze bottles go, these are pretty attractive, frosted little numbers and popping back to Selfridges for a refill is a pleasant experience.

Recommended perfect serve: Straight. With or without ice, whatever tickles your taste buds.

Pick some up from: Green Box Drinks, The Whisky Exchange, Brixton Cornercopia and Selfridges. RRP £25.95 for 70cl or £29.95 for the salted caramel. Refills: £22 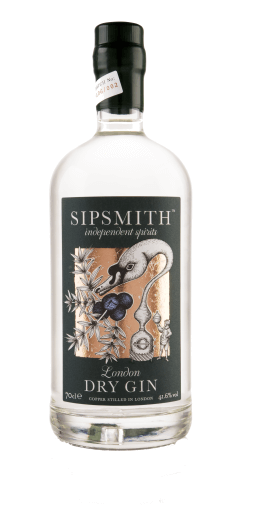 The story: At the beginning of their gin-tastic adventure, their aim was to bring back small scale, hand crafted gin production. With the help of essential team member Prudence (a 300l copper pot still), they’ve done just that. Sipsmith is London’s first copper distillery to launch in London for nearly 200 years and now they are sitting pretty at the centre of the noughties’ gin craze.

Recommended perfect serve: The folk at Sipsmith reckon their London dry is rich and balanced enough for the perfect G&T but they also boast it’s smooth enough for a cracking martini. Figure out how you should order your martini here. [hyperlink to Sipsmith feature on martini ordering – it’s dead interesting! http://www.sipsmith.com/blog/articles/essential-martini-terminology-ordering-the-perfect-martini ] 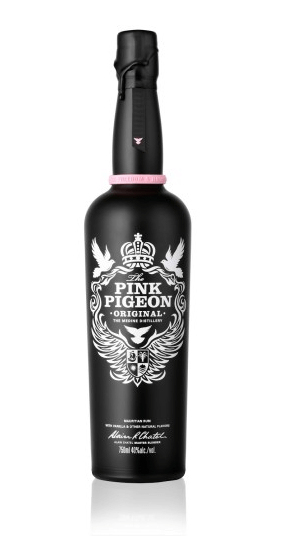 The story: This rum, with the cracking name, is made in the oldest existing Mauritian distillery which has been functioning since 1928. Pink Pigeon is distilled from the molasses of locally grown sugar cane. It’s actually distilled four times for a light, smooth and elegant taste and is bottled onsite affording it the title of a single estate rum.

Recommended perfect serve: Delish in a vanilla daiquiri. Shake 50ml of Pink Pigeon rum, 15ml of freshly squeezed lime juice and 10ml of sugar syrup with ice and strain into a martini glass.

The story: By all accounts this tipple was formulated in 1903 for the actual king of England at the time, Edward VII. So the legend (read: website) has it, the Royal Physician commissioned the liqueur to rejuvenate His Royal Highness after his many chilly trips zipping around in his open top car. The taste is initially sweet, followed by a bite of ginger and a sharp sensation of lemon.

Recommended perfect serve: Combine 50ml of The King’s Ginger with 150ml of Aspall Suffolk Cyder and 150ml of apple juice. Garnished with lemon, a cinnamon stick and fresh blackberries, this combo manages to be both refreshing and warming. Serve it hot or over ice.

Pick some up from: Berry Bros. & Rudd, Amazon, Master of Malt, Whisky Exchange for RRP £22

The story: Brought to life in the southern Japanese Alps, a landscape drenched in untouched forests, mountains and pure waters, Hakusha is one of several whiskies produced by Suntory across two distilleries in Japan. This particular drop has hints of sweet pear and butter cookie yet remains crisp on the palate.

Recommended perfect serve: Delectable in a highball cocktail. 1 part Hakushu whisky, a soda and a sprig of fresh mint. 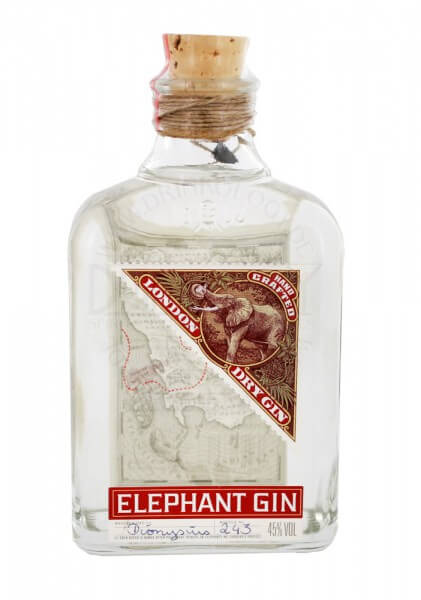 The story: Launched in support of African elephants, this new kid on the block has an ethical cause at its heart. 15% of profits are donated to foundations which work to preserve African wildlife. The taste and quality have in no way been shoved to the back of the pile in favour of a good cause however. Many of its ingredients were tracked down by adventurous spirits trekking the length and breadth of Africa, and while most gins boast between eight and twelve botanticals, this one has fourteen.

Recommended perfect serve: Wonderful with plenty of ice, high-quality tonic and a slice of fresh apple to bring out the spirit’s floral and herbaceous notes.

Pick some up from: RRP £29.49 for 50cl at The Whiskey Exchange, Selfridges and Speciality Drinks. 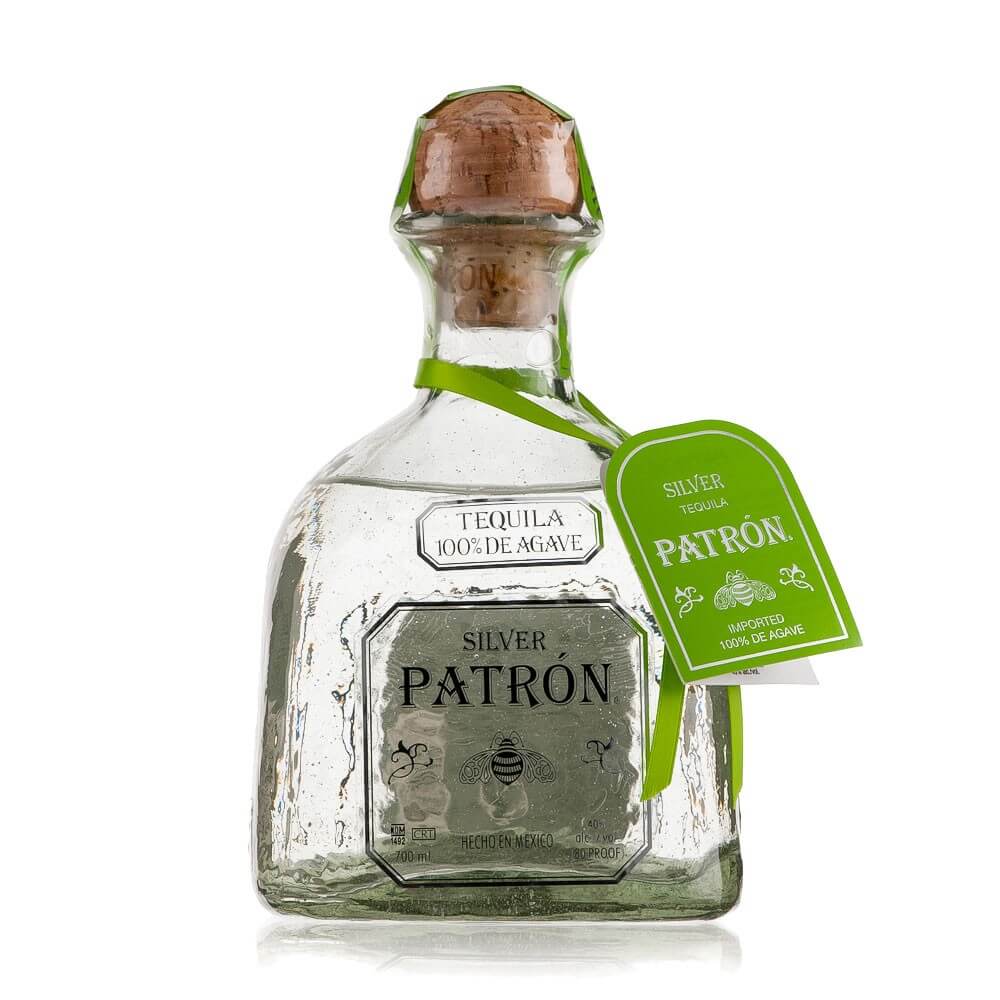 The story: Despite it being the world’s number 1 exporter of 100% Algave tequila, this stuff is produced in small batches as Patron are so hell bent on safeguarding the quality of their booze. Each bottle of smooth, sweet, slightly citric tequila is hand numbered as it leaves its birthplace, the Hacienda del Patron in the highlands of Jalisco, Mexico.

Calorie count: Around 120 per double shot.

Pick some up from: Selfridges. Will have to be a special treat though at £64.99 a pop. 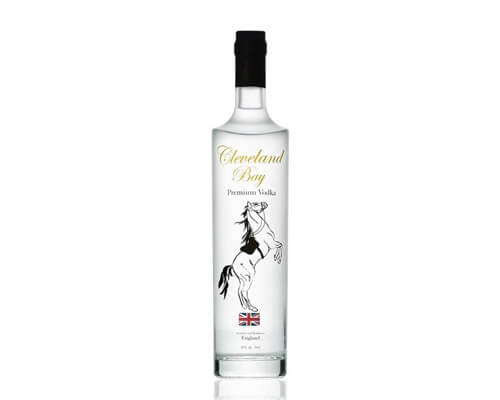 The story: This is an artisan vodka made from the humble British spud and is already giving some of its eastern European counterparts a run for their money in London bars. It is distilled in the world’s smallest commercial copper pot stills and a carbon filter finish takes some credit for its silky smoothness. It boasts citric notes and a smooth finish.

Recommended perfect serve: The Russians, famed of course for their incredible vodka, sup their national drink straight. Well, here’s something a little ballsy: the recommended serve of Cleveland Bay vodka is simply: ‘over ice’. This advice from Cleveland headquarters suggests a real confidence in their tipple. Oh yeah, this British beauty is kicking it with the Russian big boyz!

Pick some up from: Masterofmalt.com. £44.45 for 70cl or see clevelandbayvodka.co.uk to see which London bars stock it. 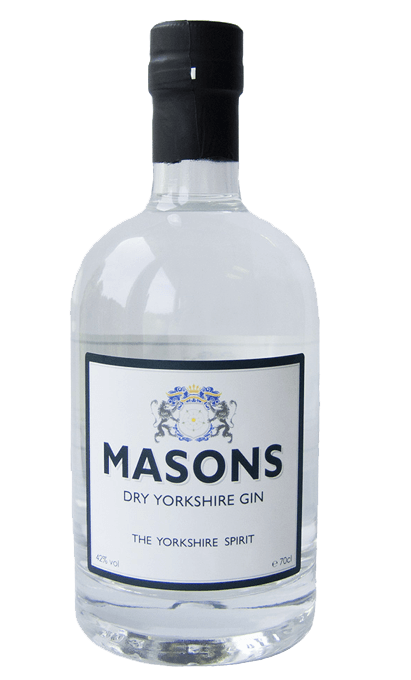 The story: Lovingly prepared by a very small, new producer and distilled in 200 litre batches, Mason’s really is a craft gin. It is made in copper alembic stills and balances juniper with citrus flavours and top secret botanicals.

Calorie count: A double measure with a standard serving of Fever Tree tonic is 193 calories, or 143 if you use the light tonic water.

Pick some up from: www.masonsyorkshiregin.com Although reasonably pricey at £39.99 for 70cl, every single bottle has its batch and bottle number hand written on it. That gives you an idea of how far from Gordon’s this baby is.

The story: Entrepreneur Alex Kammerling created unique ginseng spirit Kamm & Sons three years ago, experimenting with hundreds of botanical ingredients in his North London flat to get the perfect tipple. The drink contains a blend of 45 botanical ingredients, with a bittersweet, floral taste and is now stocked in the London Edition, Groucho Club, Soho House and Social Eating House, marking the increasing trend for the bitter British Aperitif.

Calorie count: who knows, who cares

Pick some up from: available from £26.99 at Master of Malt, thedrinkshop.com, and The Whisky Exchange and also stocked at Harvey Nichols, Selfridges, Amathus Wines in Soho and the Conran Shop. 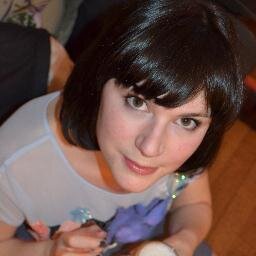 Amy is a London-based magazine journalist by day and a gin enthusiast by night. At weekends she loves adventuring in big cities and rolling countryside, writing about these obsessions for mags and blogs such as The Review, The London Word and Blue Tomato.