Golden Globe award winner and Oscar nominee, Lady Bird, has been causing a stir since hitting cinema screens. Set in Sacramento, where Director Greta Gerwig has lived for much of her life, the coming of age film follows Christine (“Lady Bird”) as she struggles through the final year of her Catholic high school, deals with her caring but overbearing mother and her blossoming love life.

If you’re seen the film (we have, and we’d seriously recommend you watch it if you haven’t), or are just curious to see what Sacramento has to offer, here’s 8 reasons why you need to visit California’s blossoming capital: 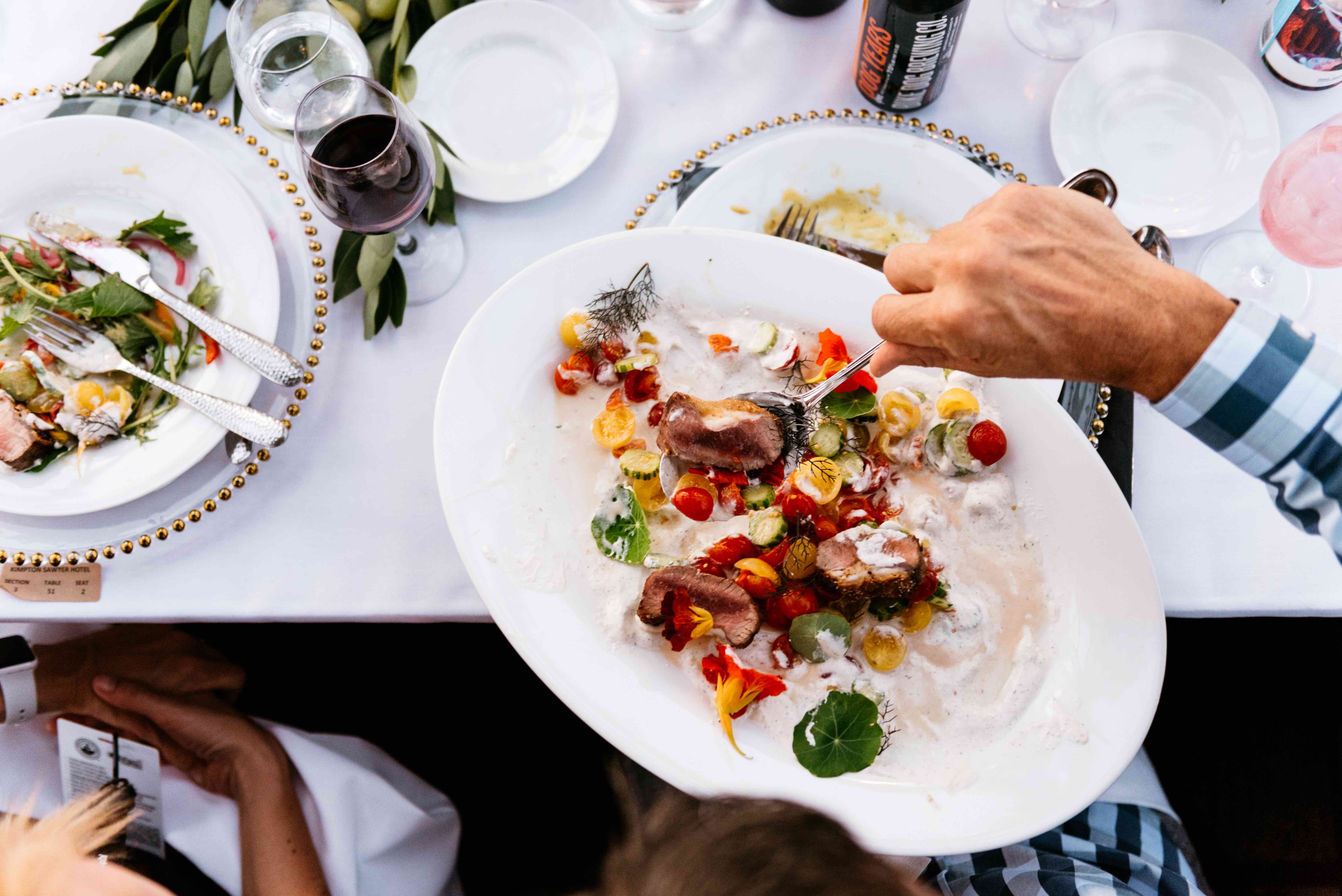 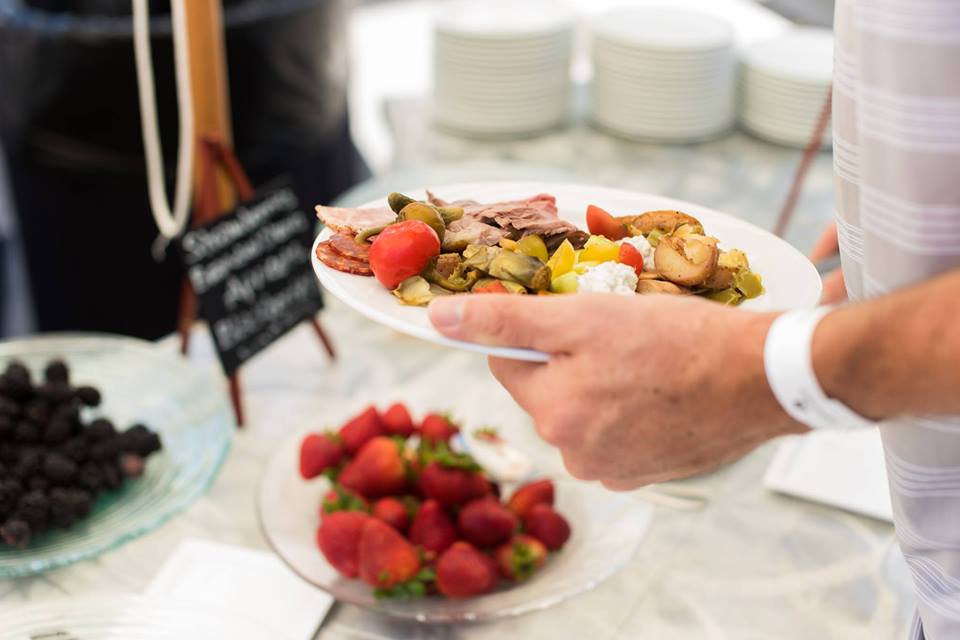 The Run-Down: Known as the farm-to-fork capital of the US, Sacramento sits among 1.5 million acres of farms and ranches that grow more than 160 crops for markets all around the world. 96% of the country’s tomatoes come from within 250 miles of Sacramento, as well as 95% of California’s sushi rice, exported in mass to huge sushi industries such as Japan.

Visitors can join the Local Roots Food Tour, sampling some of the finest menus in town with locally grown produce, whilst learning about the rich history and architecture of the city and visit one of the popular Farmers’ Markets along the way. The Kitchen Restaurant offers the finest farm-to-fork experience with a five-course demonstration dinner, or alternatively, visitors can create their own dinner by taking part in the Sacramento Natural Food Co-Op cookery class using locally sourced ingredients. 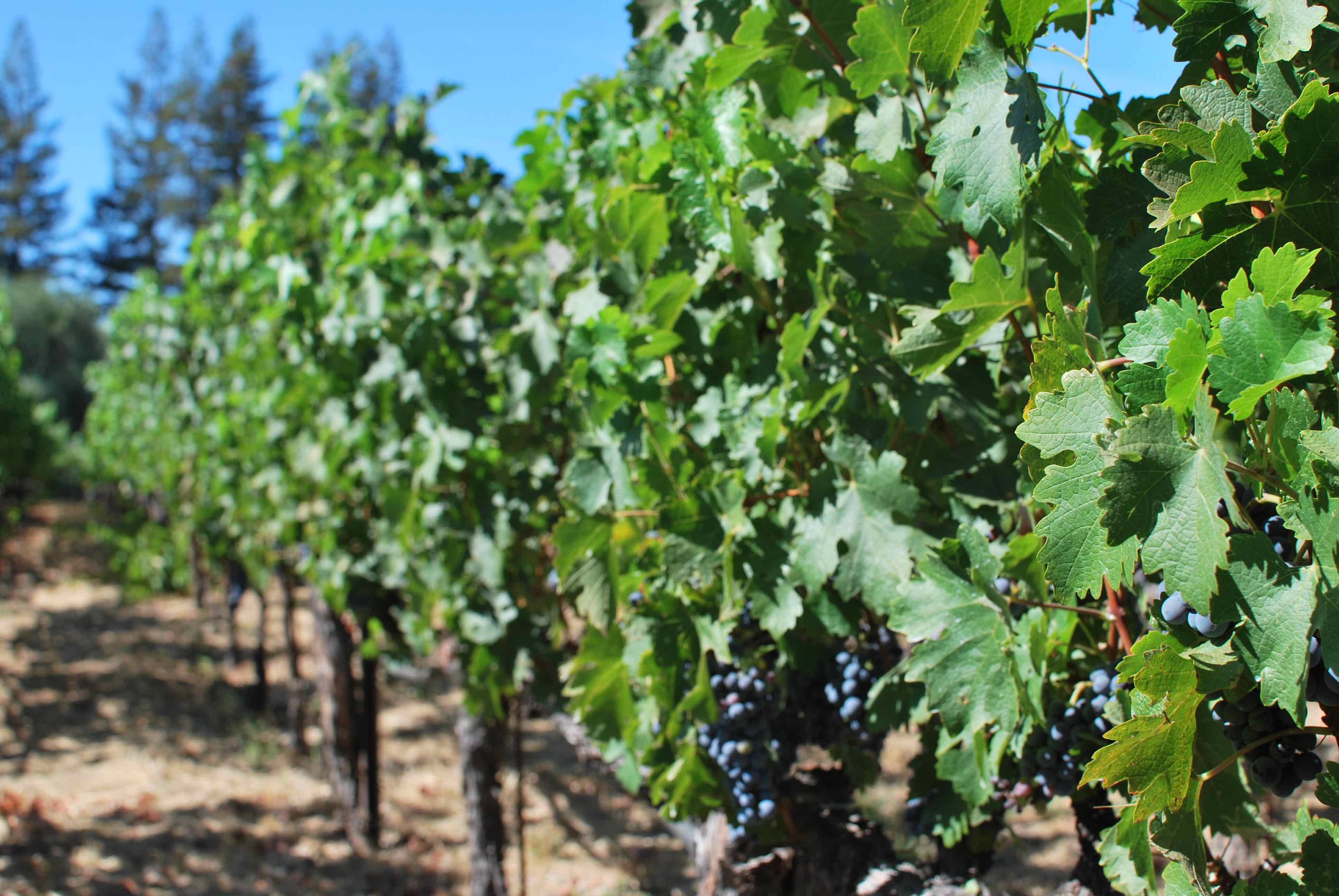 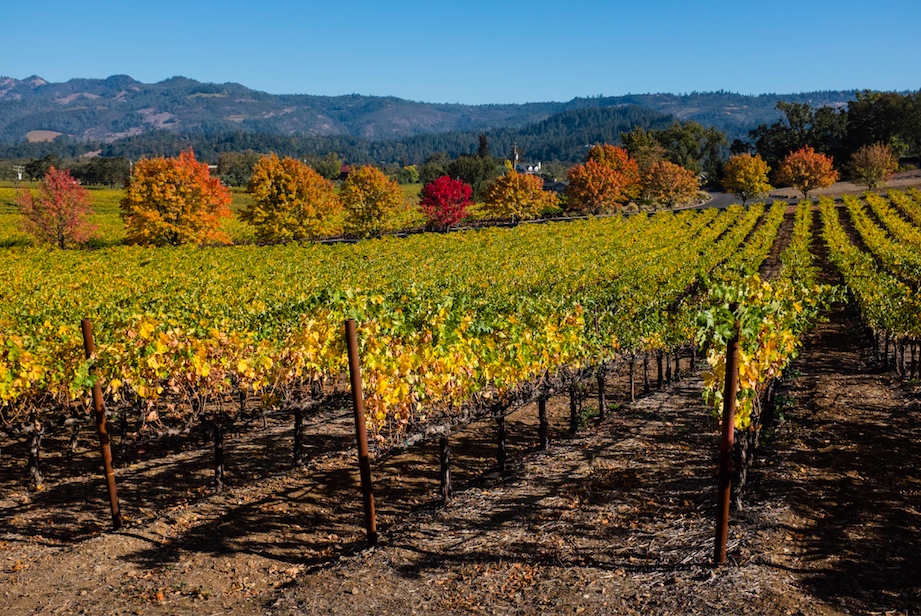 The Run-Down: The Sacramento Valley runs for approximately 120 miles and is home to 13 American Viticultural Areas (AVAs). The region is best known for its full-flavored Chardonnay, which is the leading varietal. Many of the vineyards and tasting rooms are relatively undiscovered and offer tastings for no cost or a minimal fee where visitors can gain intimate access to the wine making process and the chance to speak to the winemaker in person.

The Underground Tasting Room, located in Historic Old Sacramento, offers an exceptional educational wine tasting experience in a traditional setting. Alternatively, take a tour of one the 50 breweries in the region, as Sacramento grows to be one of the largest craft brewery regions in the US. Sacramento’s beer scene is thriving, being the host of multiple beer festivals throughout the year, offering tours of hop yards owned by local brewers to beer dinners, and finding unique craft brew tasting tours throughout. Sac Brew Bike Tour offers 15 passengers a taste of locally produced craft beer whilst taking in the  city. 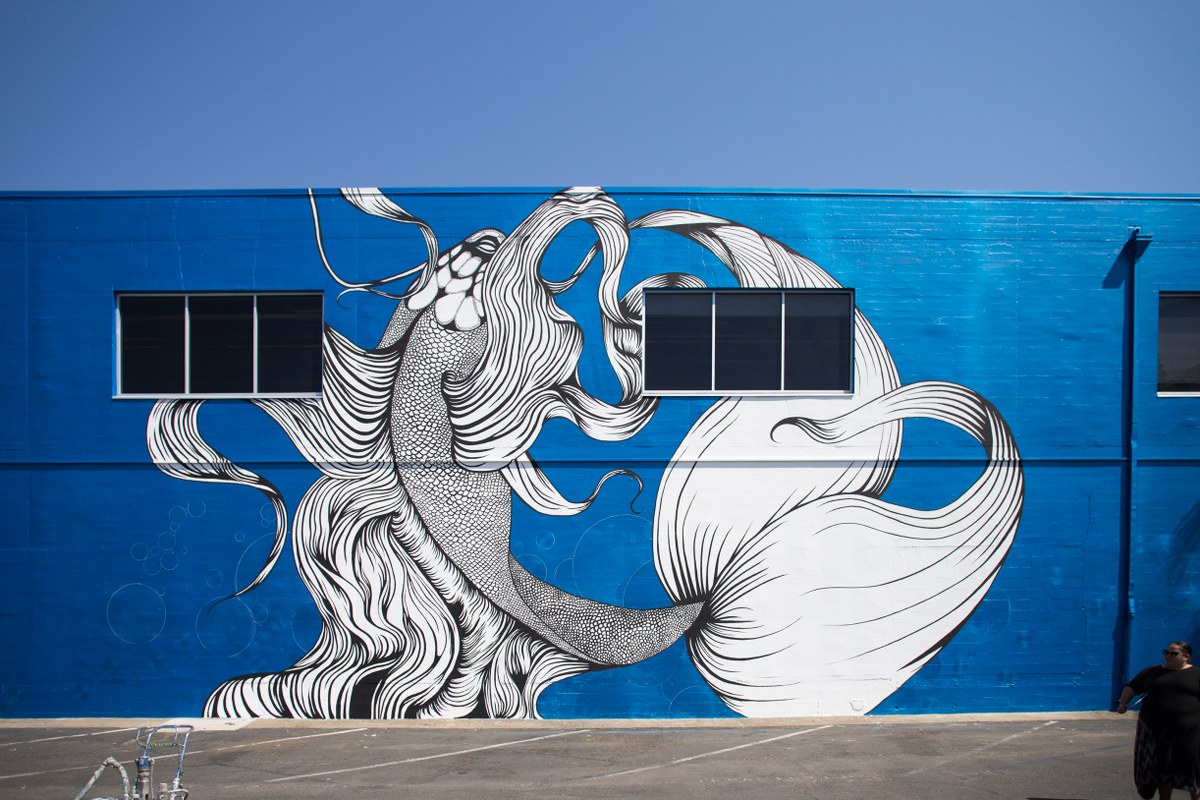 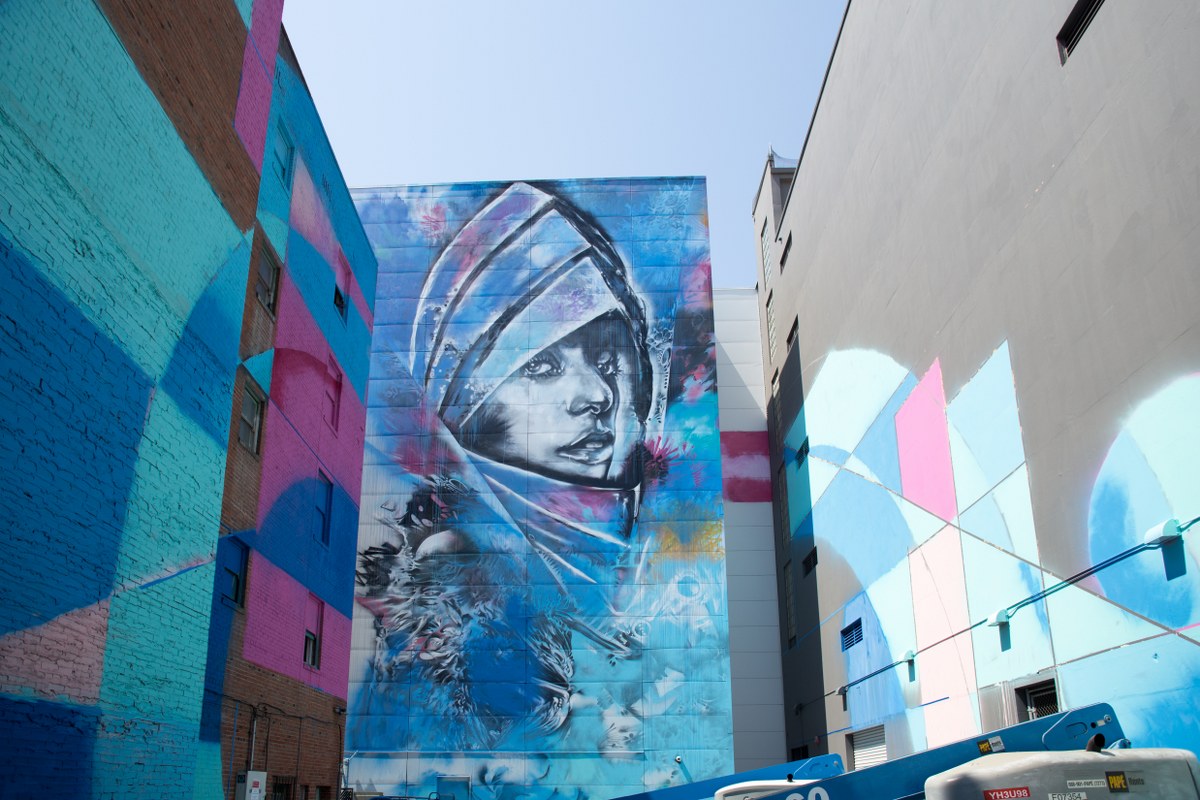 The Run-Down: The popular annual Wide Open Walls mural festival celebrates the relevancy and diversity of street art, transforming walls and neighbourhoods in the city – adding a new permanent mural each year. Visitors can walk through the city’s diverse neighbourhoods including downtown and midtown where most of the murals can be found. Colourful street art from Lady Bird can be found at the American Market and Deli in midtown Sacramento where real-life local cashier Gurpreet Singh was used in the film. The decorative exterior to this market and liquor store make for a great place for visitors to come to recreate a backdrop from the film. 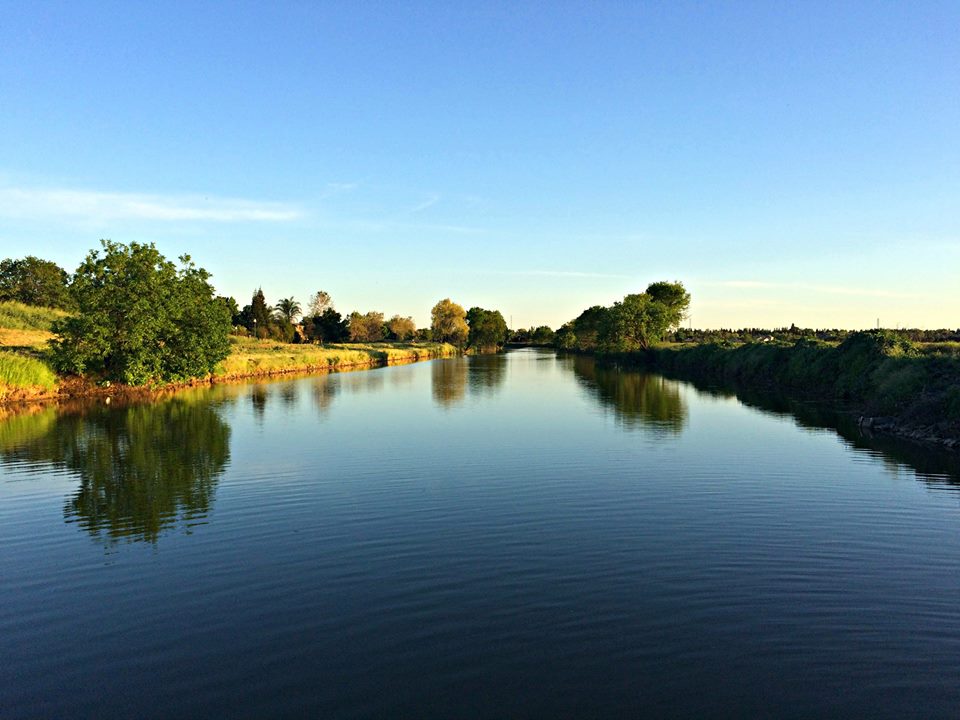 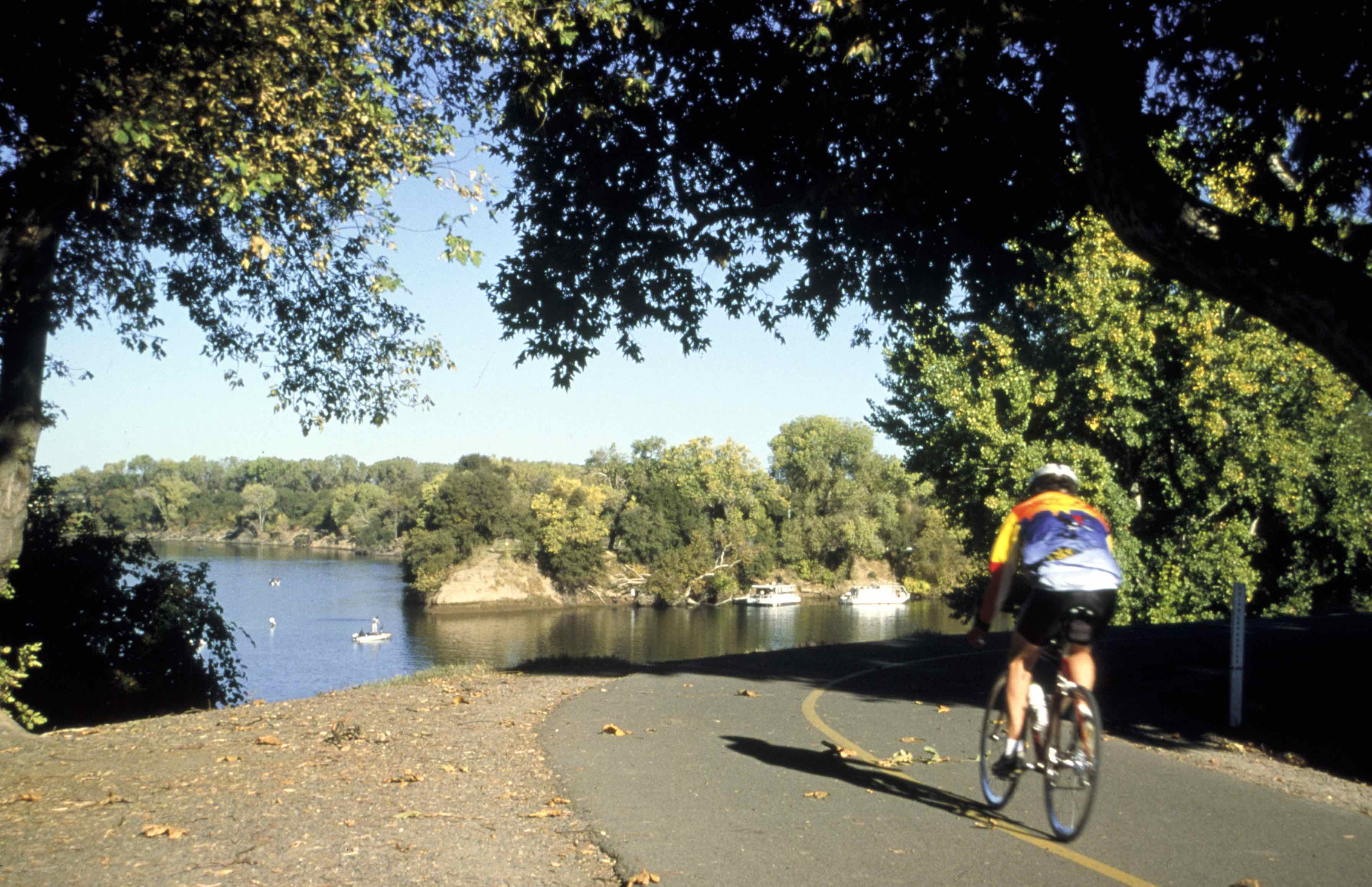 The Run-Down: One of the best ways to experience the beauty of Sacramento is to rent a bike and cycle on more than 32 miles of paved bike trail along the scenic American River Parkway. The trail can be entered at several different points for a scenic ride along the American River, or visitors can explore Old Sacramento to see the old historic buildings and parks the Gold Rush city has to offer. The trail begins at Discovery Park in Old Sacramento, and ends at Beals Point at the Folsom Lake State Recreational Area in the city of Folsom where additional biking trails, horseback riding and water activities can be found. 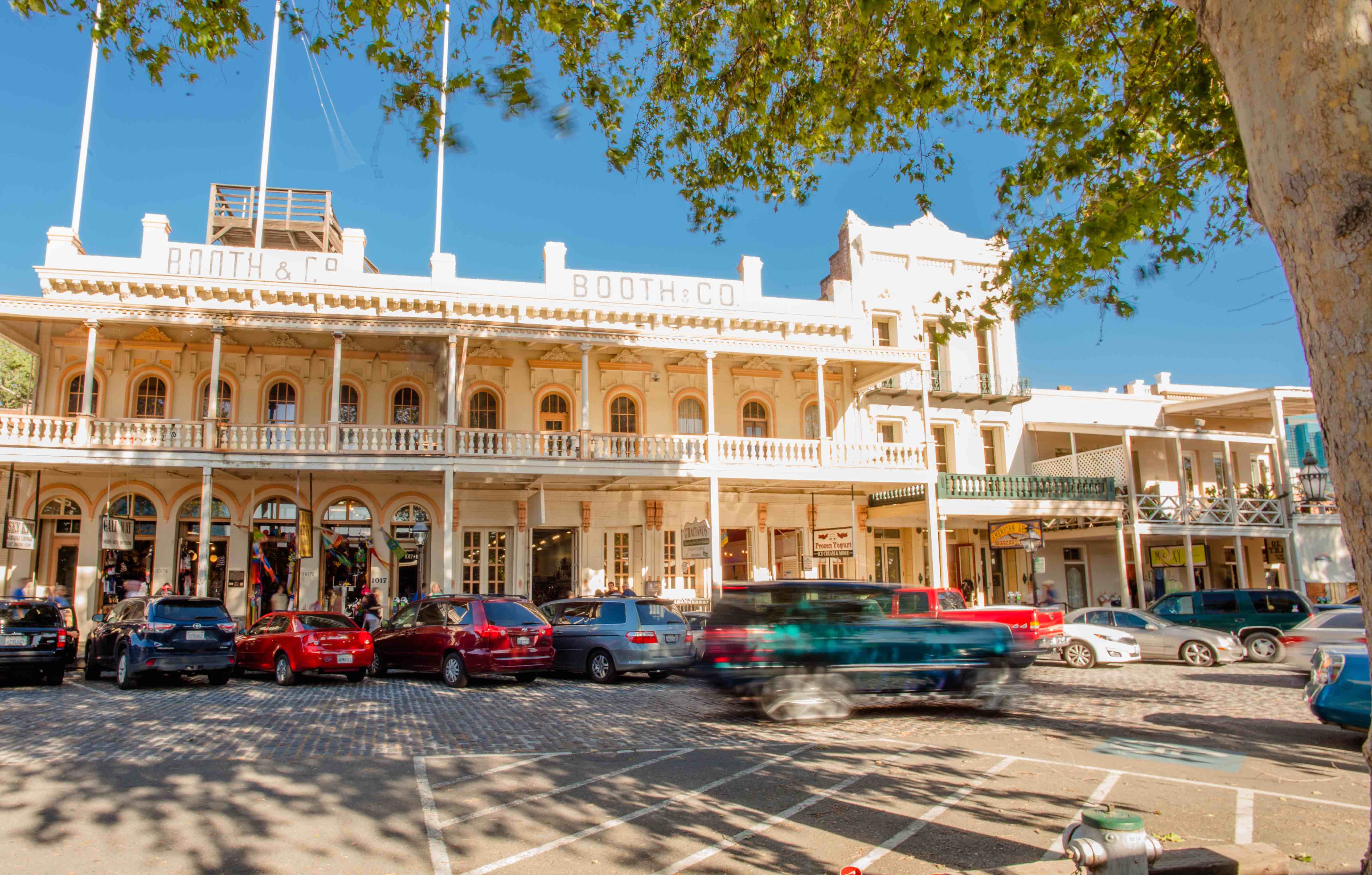 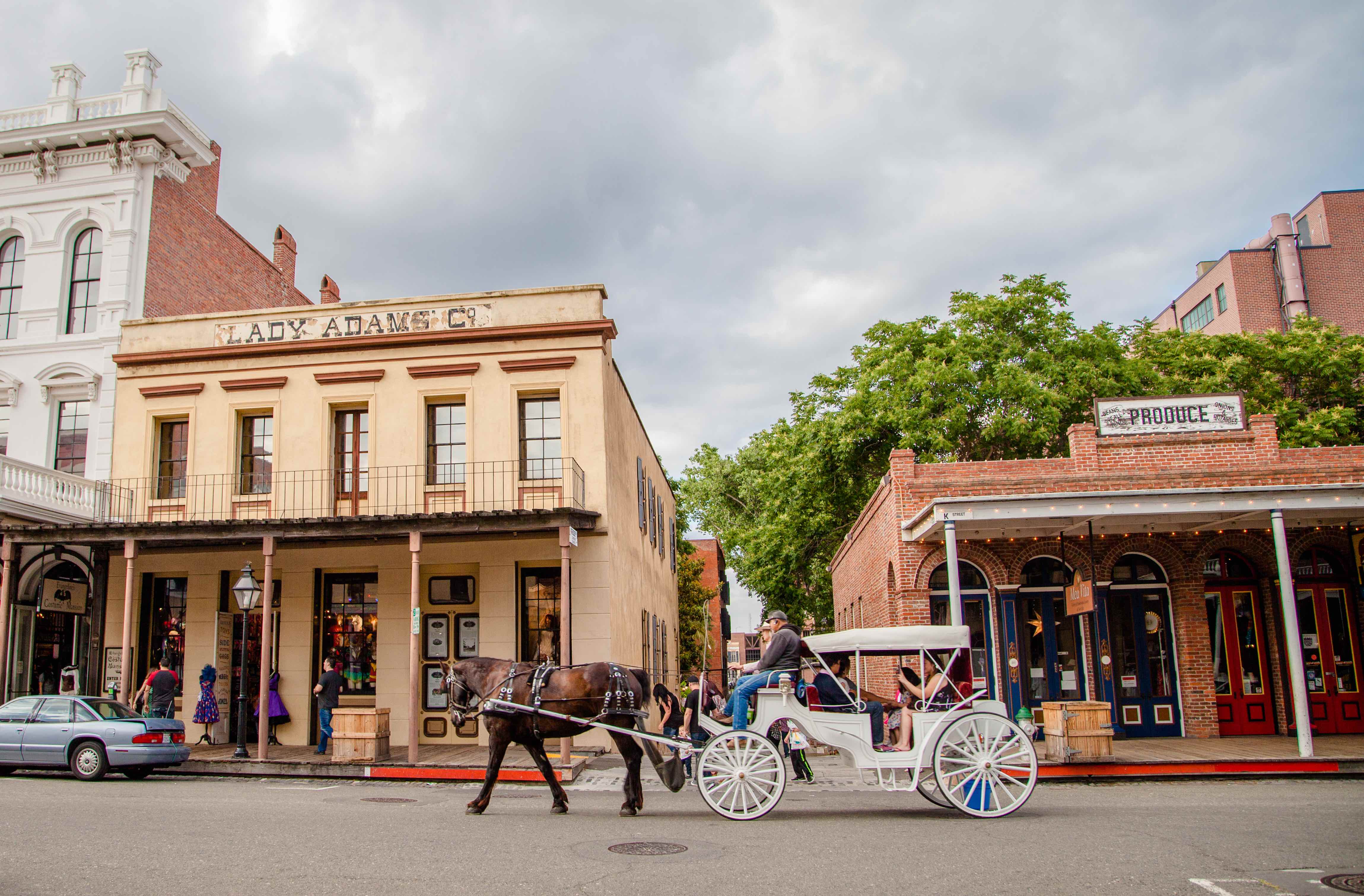 The Run-Down: Sacramento has an interesting culture where old meets new; dive into Sacramento’s past in Old Town Sacramento to learn more about the gold rush history as you ride on a horse-drawn carriage, or visit the up and coming R Street Corridor downtown to experience the development and future of California’s capital, home to the newest hip restaurants, bars, galleries and coffee shops.

The ‘Fabulous Forties’, upscale East Sacramento neighbourhood has been long considered one of the city’s most fashionable neighbourhoods, otherwise known as the ‘Beverly Hills’ of Sacramento. The streets display classic architectural styles, including Tudor-style homes and Californian bungalows. This area was previously home to Ronald Reagan during his time as the governor of California from 1967-1975. 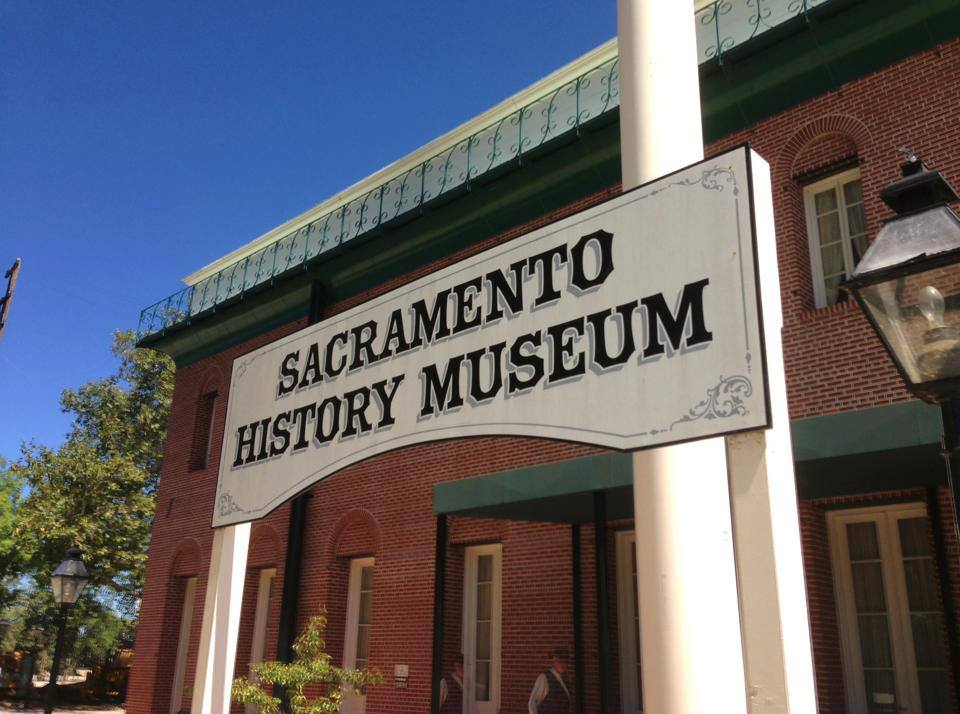 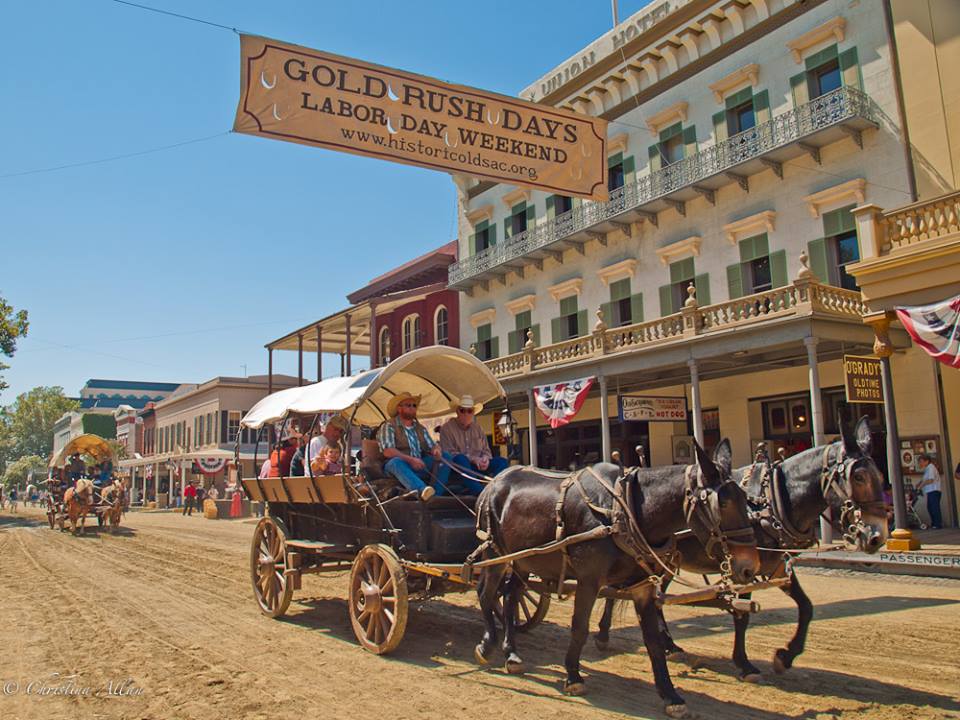 The Run-Down: January 24th 2018 marked 170 years since the discovery of gold just outside of Sacramento, a day that marks the radical change of history for both California and the nation. From this discovery by James Marshall in 1848, the largest mass migration in US history began, with more than 300,000 pioneers heading west, leading to the California Gold Rush of 1849.

Visitors can go to the site where gold was first discovered in nearby Coloma at Marshall Gold Discovery State Park, and visit Sacramento’s History Museum in Old Town Sacramento where they can learn all about the gold discovery through The Gold Fever! Tour and an Underground Tour. The State Capitol Museum and Park now shows the unique history, with educational tours and beautiful acres of gardens with trees and shrubs from all around the world. 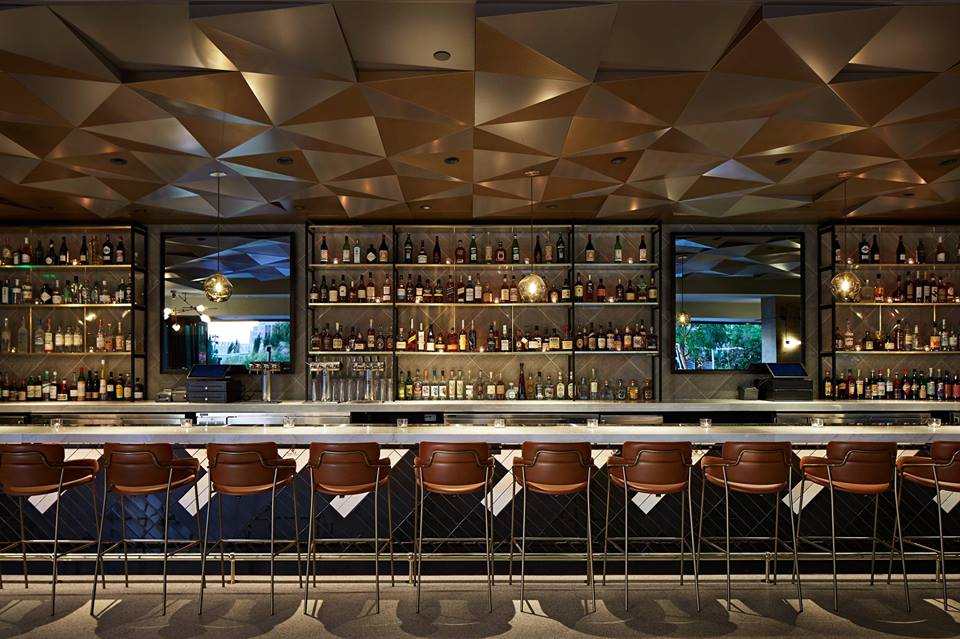 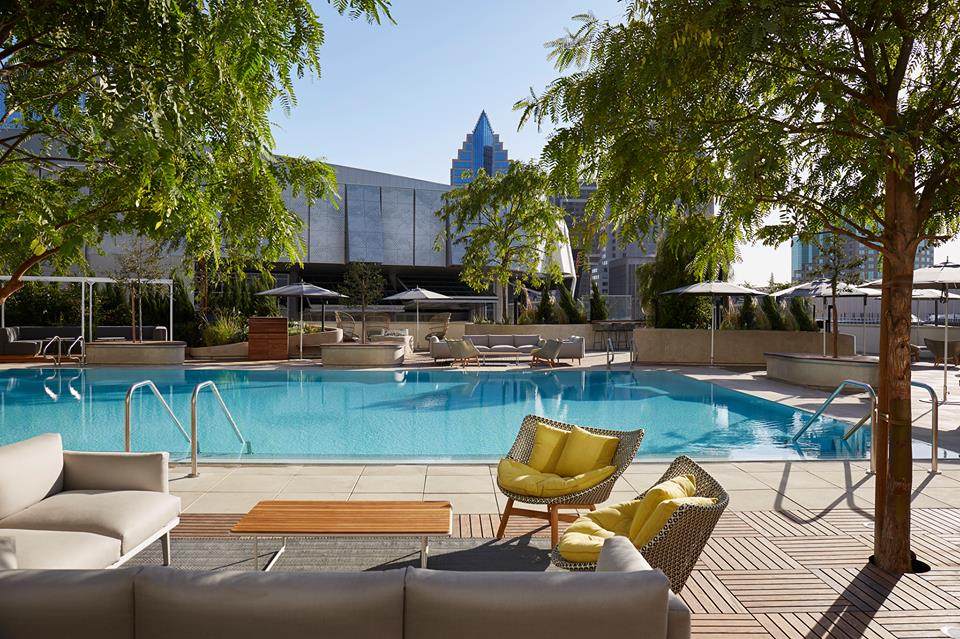 The Run-Down: The recently opened Kimpton Sawyer Hotel brings boutique-style to Sacramento. It’s an urban haven surrounded by great shopping, art galleries, and the city’s renowned restaurants and farmer’s markets. Kimpton Sawyer Hotel embraces the area’s nature and history with spaces that feature organic textures, natural patterns and large open-air areas. Go no further than the pool deck and lounge, and sip local cocktails and craft brews while soaking up the sunshine. Rates from $139 / £105 per night. 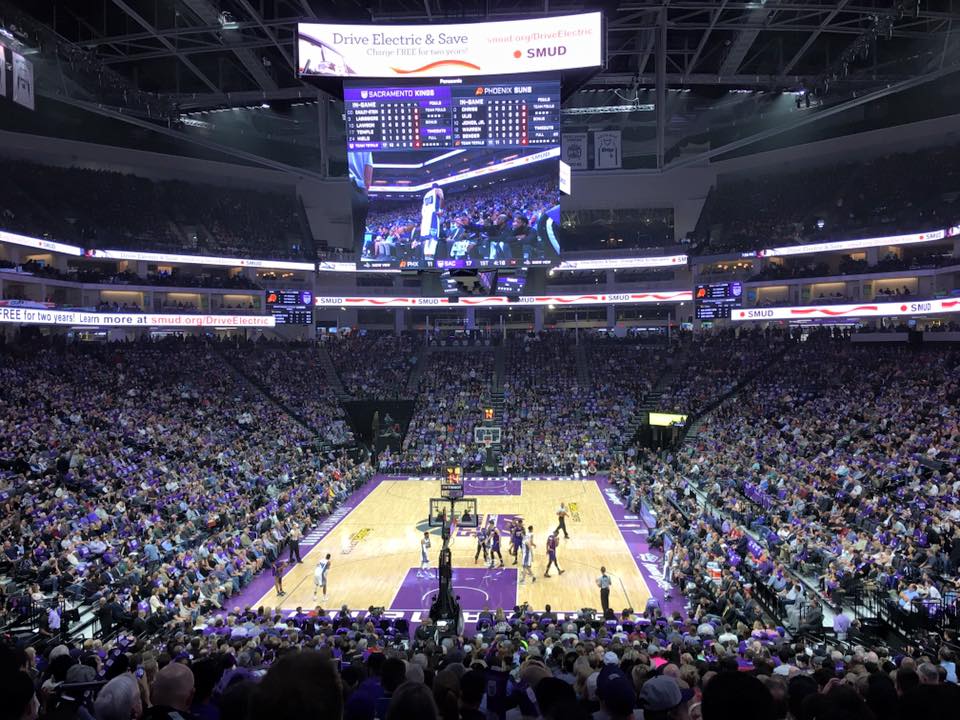 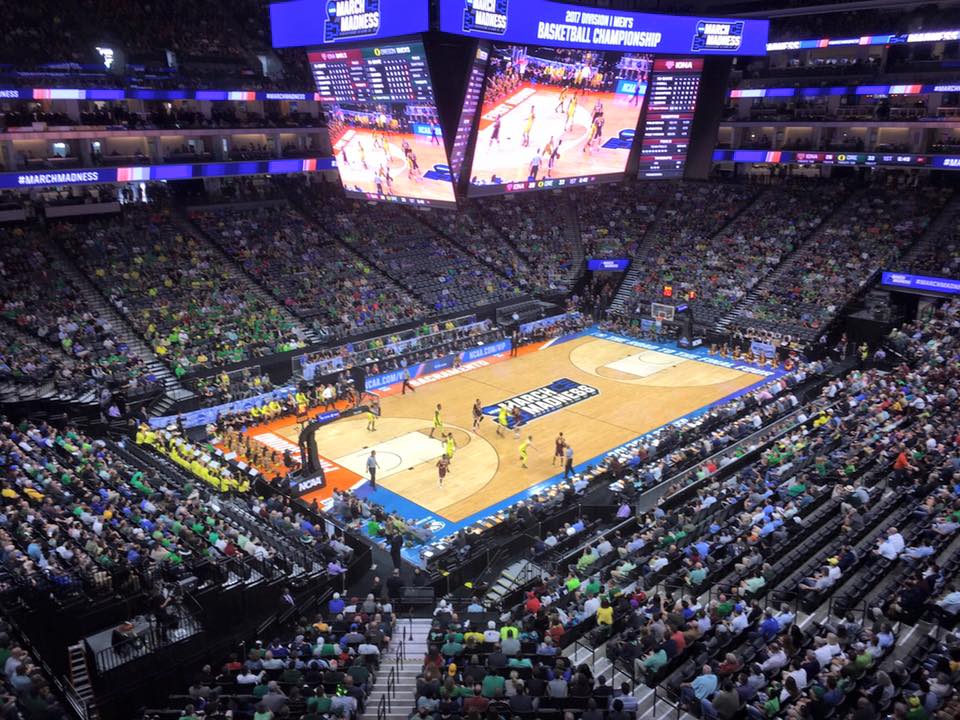 The Run-Down: The Golden 1 Center is located in Downtown Sacramento and home to the NBA’s Sacramento King’s. Attendees can enjoy a basketball game at this first-ever indoor/outdoor arena for sports and entertainment. The stadium is the first of its kind to be run completely on solar power with 15% of it generated purely by the ground. Side note: 95% of the food sold is sourced locally.

For your own experience of the city, America As You Like It are offering a 5 night trip to Sacramento from £848 per person including return flights from London Heathrow to San Francisco (a short distance from Sacramento) with British Airways and 5 nights at the Holiday Inn Sacramento Capitol Plaza. Price based on two people sharing. For more information contact 020 8742 8299, sales@americaasyoulikeit.com or visit www.americaasyoulikeit.com