Top 5: Places to Watch the Super Bowl in London This WeekendBy Alicia Grimshaw

If you’re a die hard American Football fan, or are just excited for the late night party and copious amounts of food and booze; we’ve rounded up the best Super Bowl parties taking place in the capital. Go Atlanta Falcons (we had to Google the teams – please no judgement):

1. For All the Super Bowl Fun: Dinerama x Budweiser 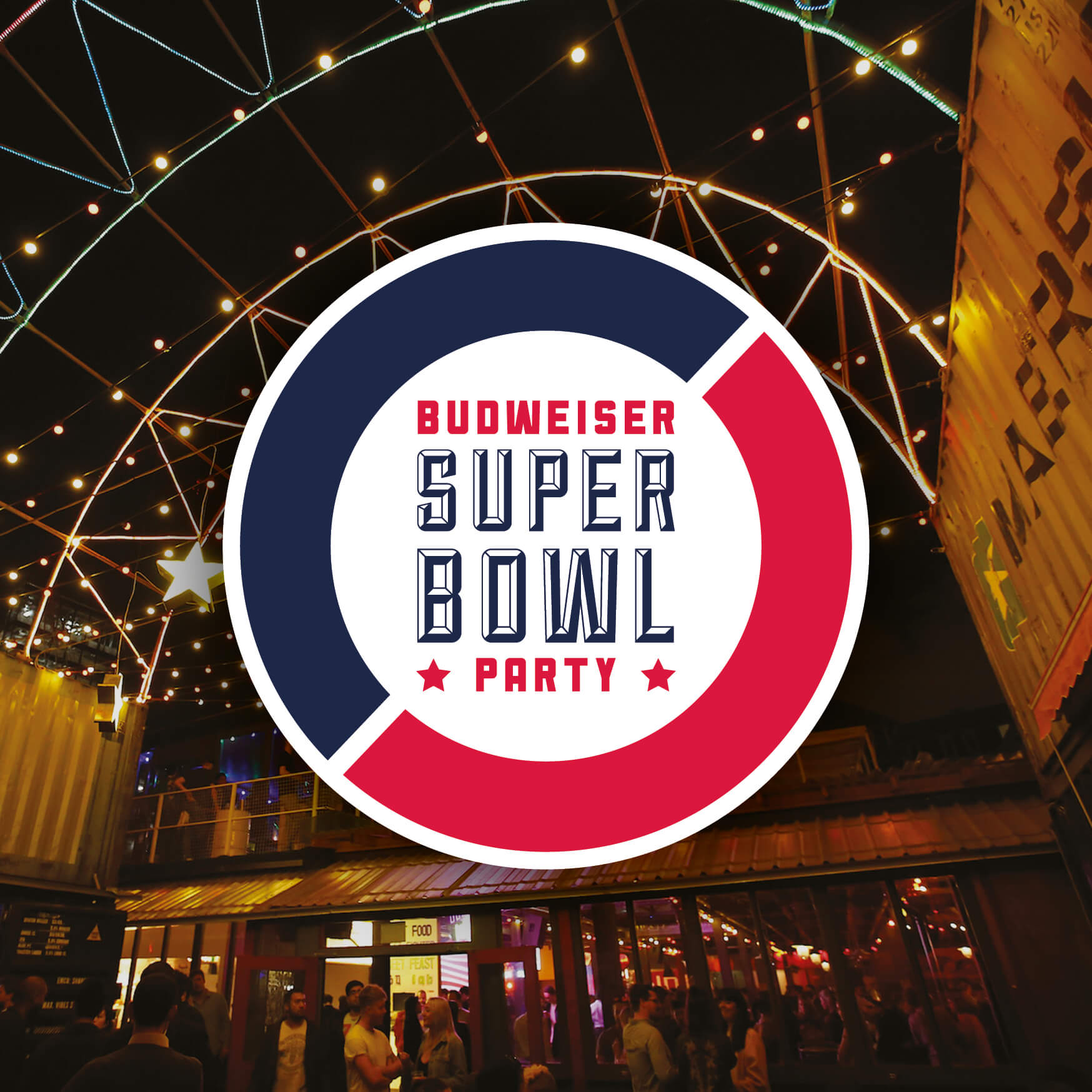 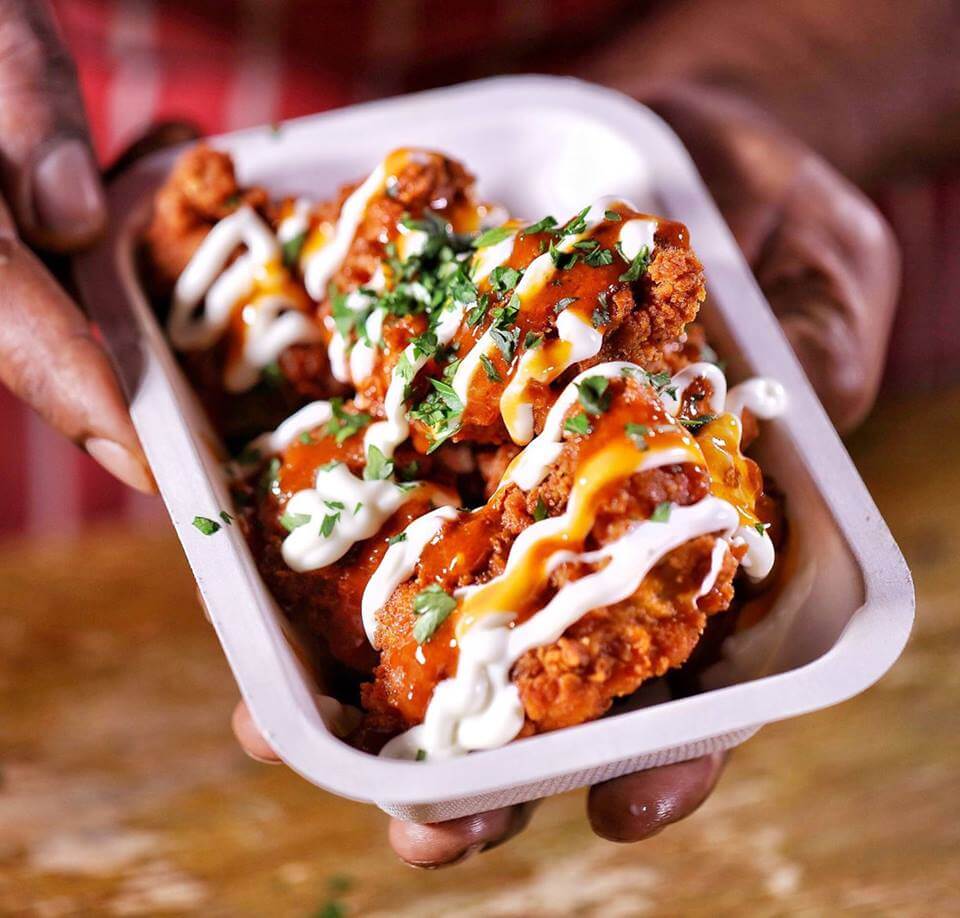 Eat and Drink: Tuck into Duck ‘N’ Roll’s Dallas BBQ sub, Farang’s Chiang Mai chilli dog, and finish off with peanut butter choco cheesecake doughnuts from You Doughnut. Wash it all down with a copious amount of Budweisers and other liquid delights.

Price: Going from 7pm – 4am, tickets cost £10 from Eventbrite. and include two bottles of icy-cold Buds per person.

2. For The Full American Works: Balthazar 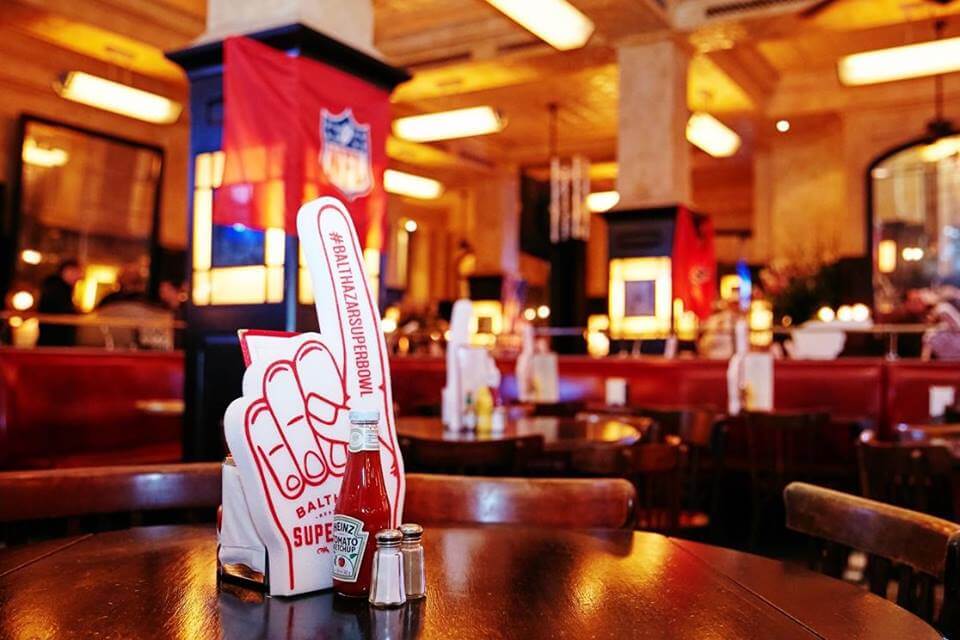 What: On Sunday (5th Februar)y from 10.30pm, the restaurant will be styled as the ultimate luxury Super Bowl space with five super-screens and surround sound. With an AstroTurf entrance, Balthazar foam fingers to cheer on the teams, a popcorn machine and food served throughout the night by staff garbed in referee uniforms, the scene is perfectly set for an eventful evening for fans of both Balthazar and American football, until the final whistle blows at 5am. 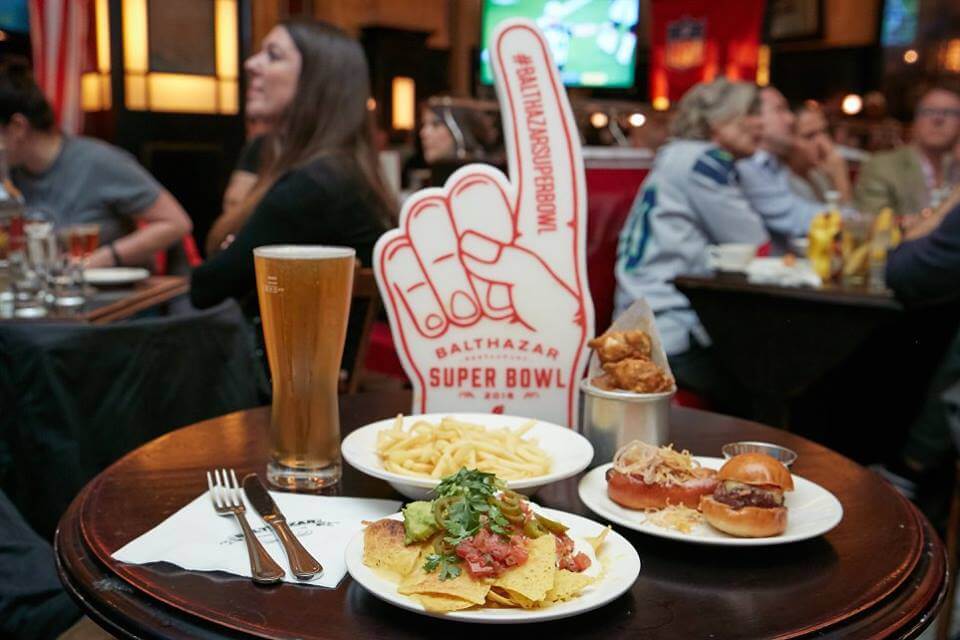 Eat and Drink: Everyone will be greeted with a specially curated Super Bowl long cocktail; ‘The Maker’s Touchdown’, provided by Maker’s Mark bourbon. In further celebration of Balthazar’s U.S. heritage, executive chef Robert Reid has created a glorious all-American menu. Guests will be served a selection of all-American classics brought to the table on sharing-style trays. Expect to see veggie nachos, mac ‘n cheese, hot dogs, hot chicken wings, corn on the cob and more. For the sweet- toothed, Reid is dishing up mini doughnuts, chocolate brownie bites and baked New York cheesecakes. At the 5.00am finish time, to lift post-match blues, guests will depart with a take-away breakfast pastry fresh from the Boulangerie.

3. For Meat Madness: The Diner Soho 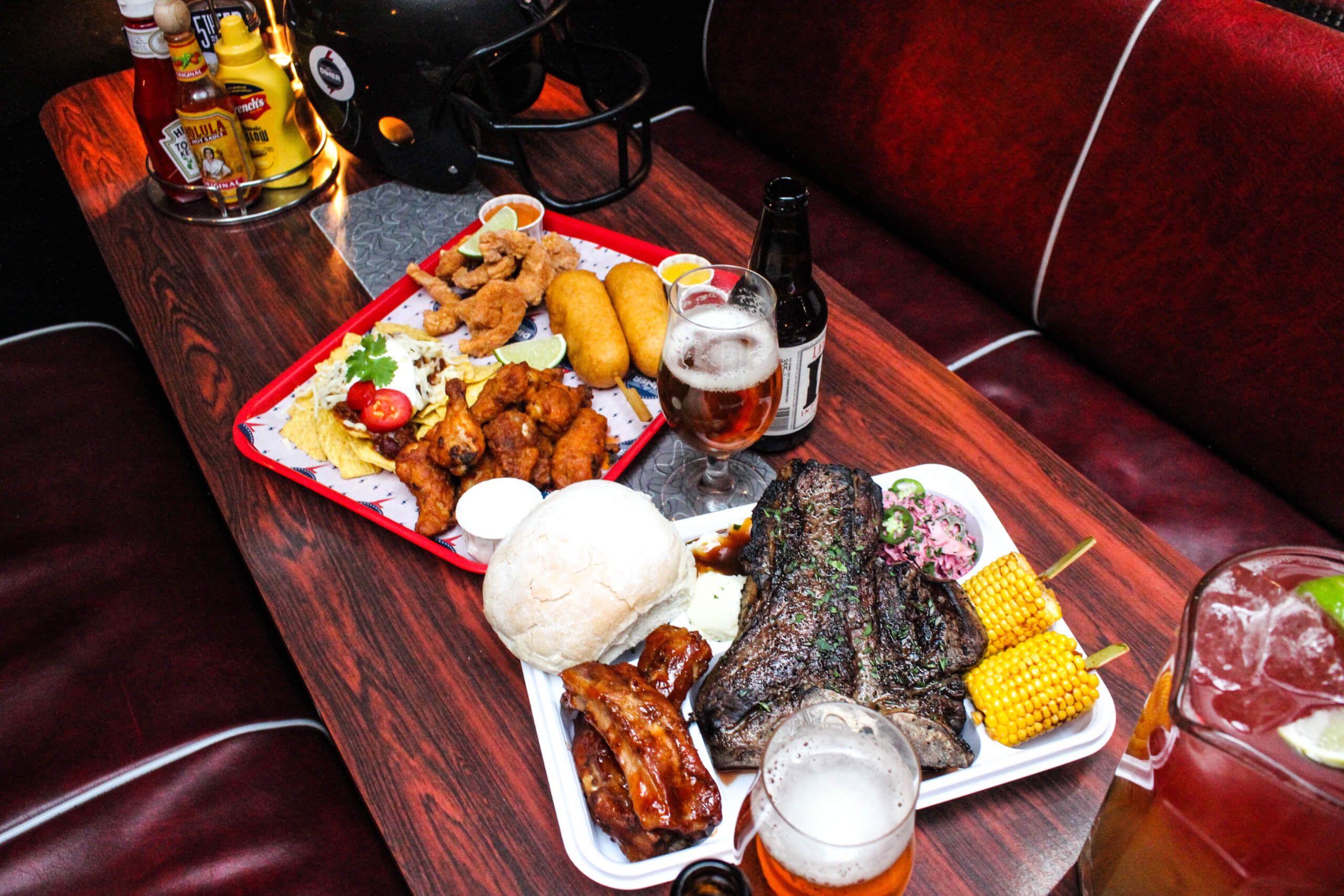 What: The Diner Soho are hosting their own special Super Bowl extravaganza on Sunday from 10pm through until they blow the final whistle. The staff will also be getting into the swing of things by donning cheerleader and football kits for the occasion.Expect pom-poms and shoulder pads. Any excuse for a fancy dress party, right? 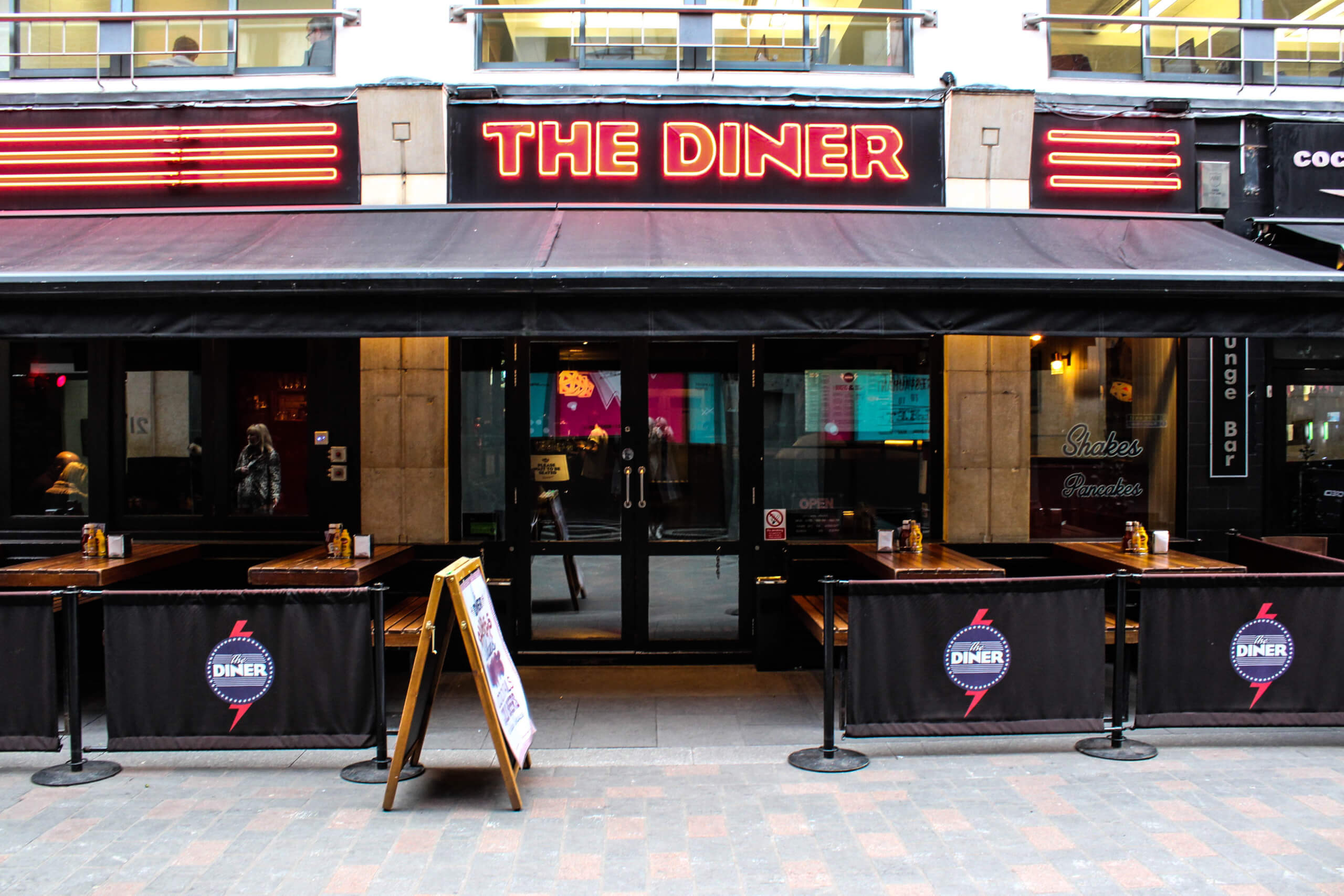 Eat and Drink: Bringing you the best in the Diner American classics, your ticket to the game includes a pitcher of Duppy Share Rum Punch for you and your pals and incredible starters – expect wings, inventive Frito pie, corn dogs and fried shrimp. Of course, it’s an eating extravaganza, the ultimate contest in food so they’ve upped their game this year for the main event. Say hello to the 16oz T-Bone steak served with mashed potatoes, gravy, cajun corn on the cob, chipotle slaw and a soft buttered roll. Paired with a 6 pack of Lagunitas IPA. Game, set, eat.

4. For an All Day Party: Randy’s Wing Bar 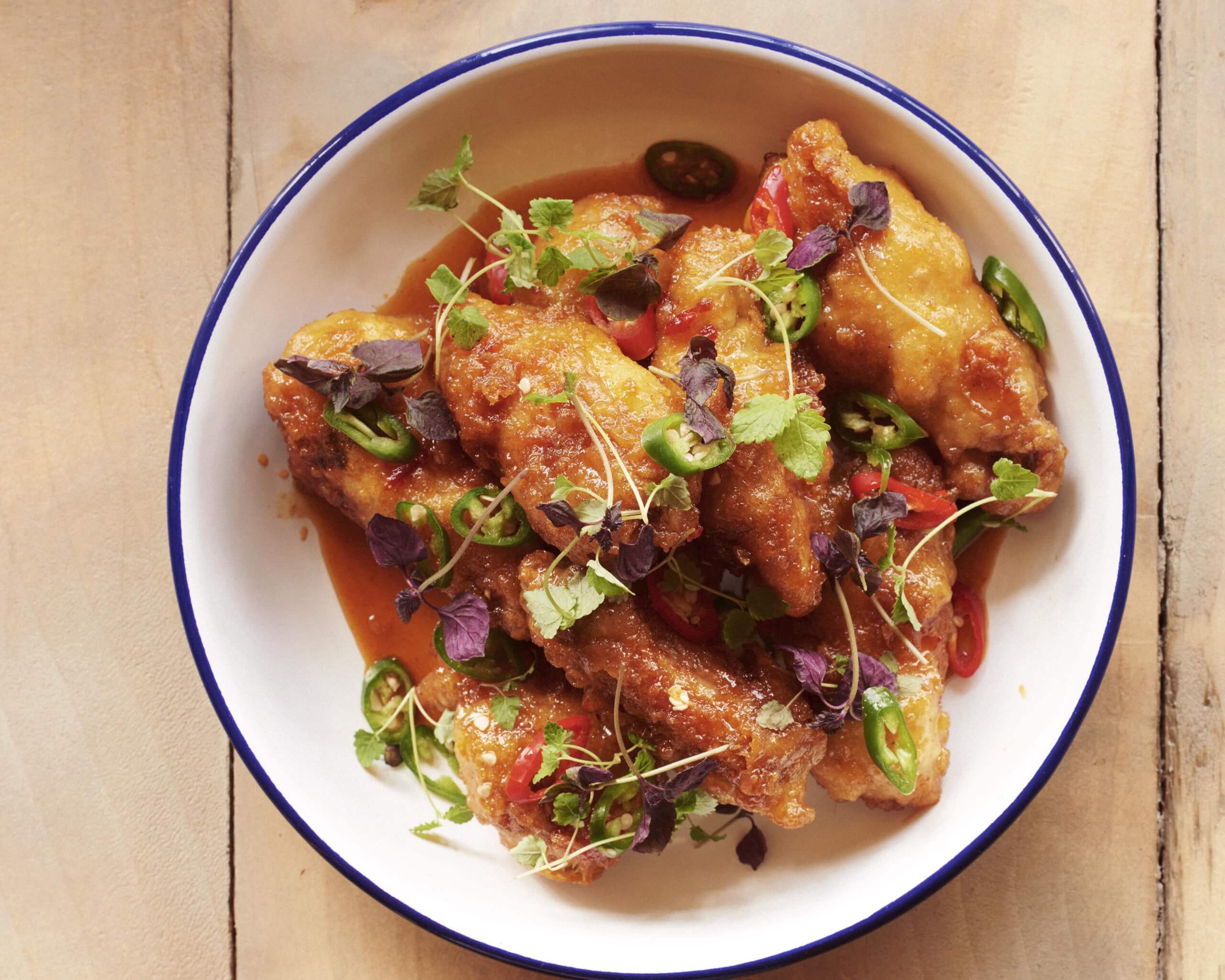 What: Randy’s Wing Bar at Here East – the new development in Hackney Wick are hosting their own meat-fuelled Super Bowl shindig on Sunday. Kick back and watch the game on 50” screen, and keep the hunger pangs at bay with their utterly delicious chicken wings. 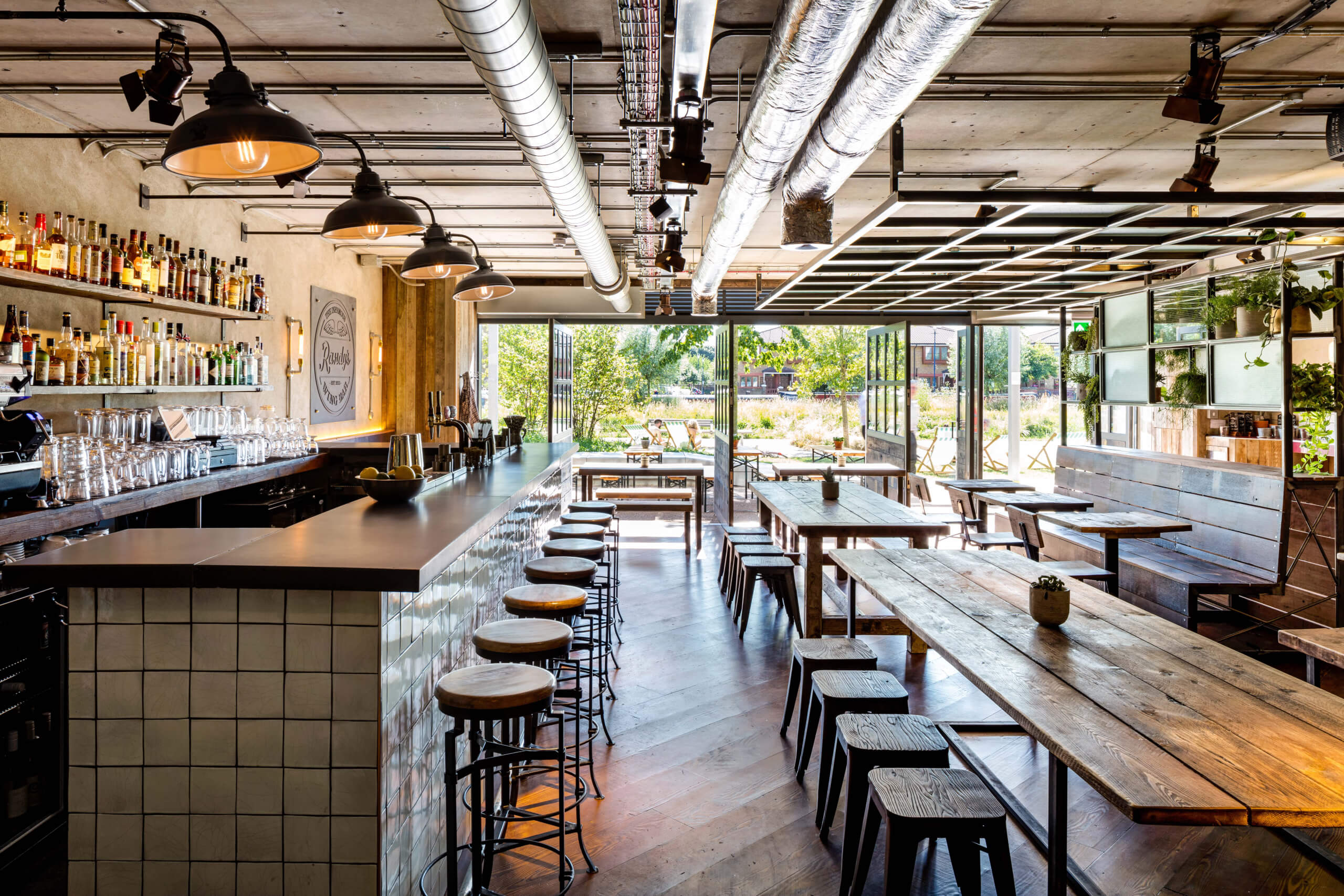 Eat and Drink: The party is starting early at Randy’s, with wings and beers being sold from 10am. The wing bar will be serving their own Randy’s Lager for £4 a pint, along with their American Wings specials. The Buffalo wings are fried, spicy wings with truffle blue cheese sauce, and the Kansas wings are fried and grilled with BBQ sauce.

5. For Fun, Games and Drinking: Sports Lounge at Greenwood 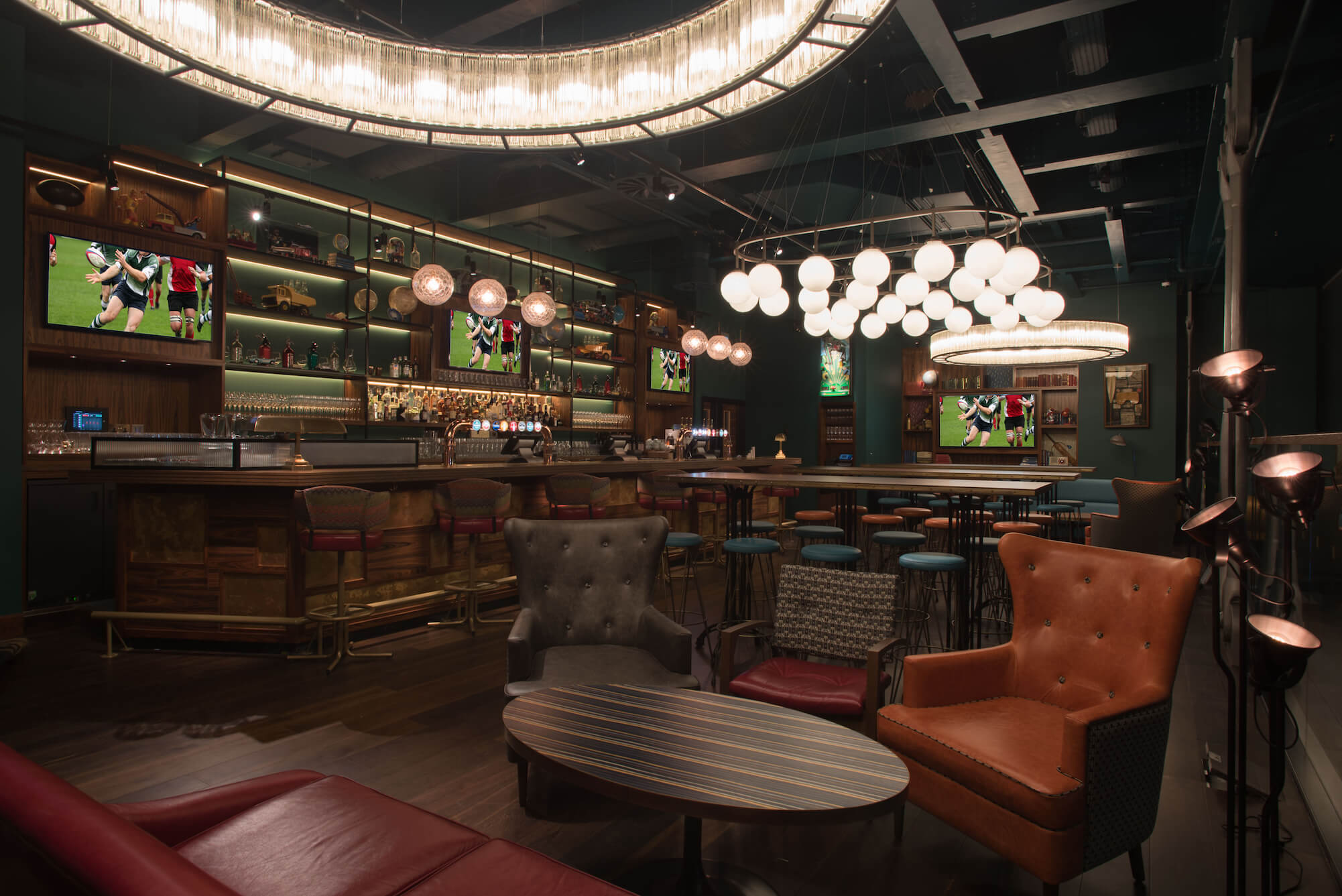 What: Kicking off from 9pm-5am on Sunday (5th February) in the upstairs Sports Lounge at Greenwood – the bar has you covered with five large viewing screens, a dedicated bar, cheerleaders and the legendary half time show will all be on tap, while fun and games can be had at half time with Shuffleboard, American 8 Ball pool and Cornhole. 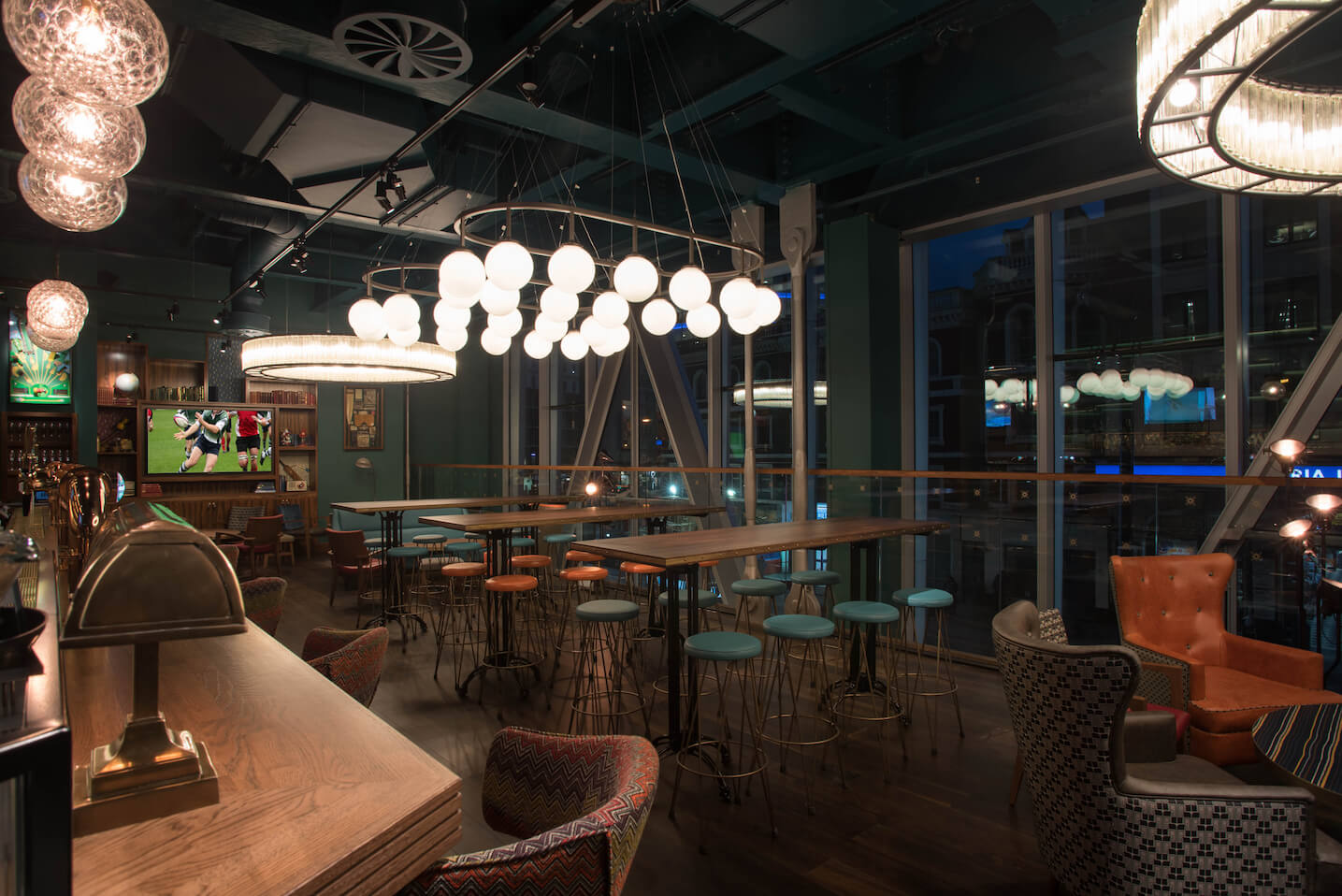 Price: A reserved seat, a burger and bottle of Long Arm Brewing Co. beer for £15 per person. Tickets here.