Where to Watch Wimbledon 2017: Special Spots

1. For Watching the Semi-Finals and Finals: Duke of York Square 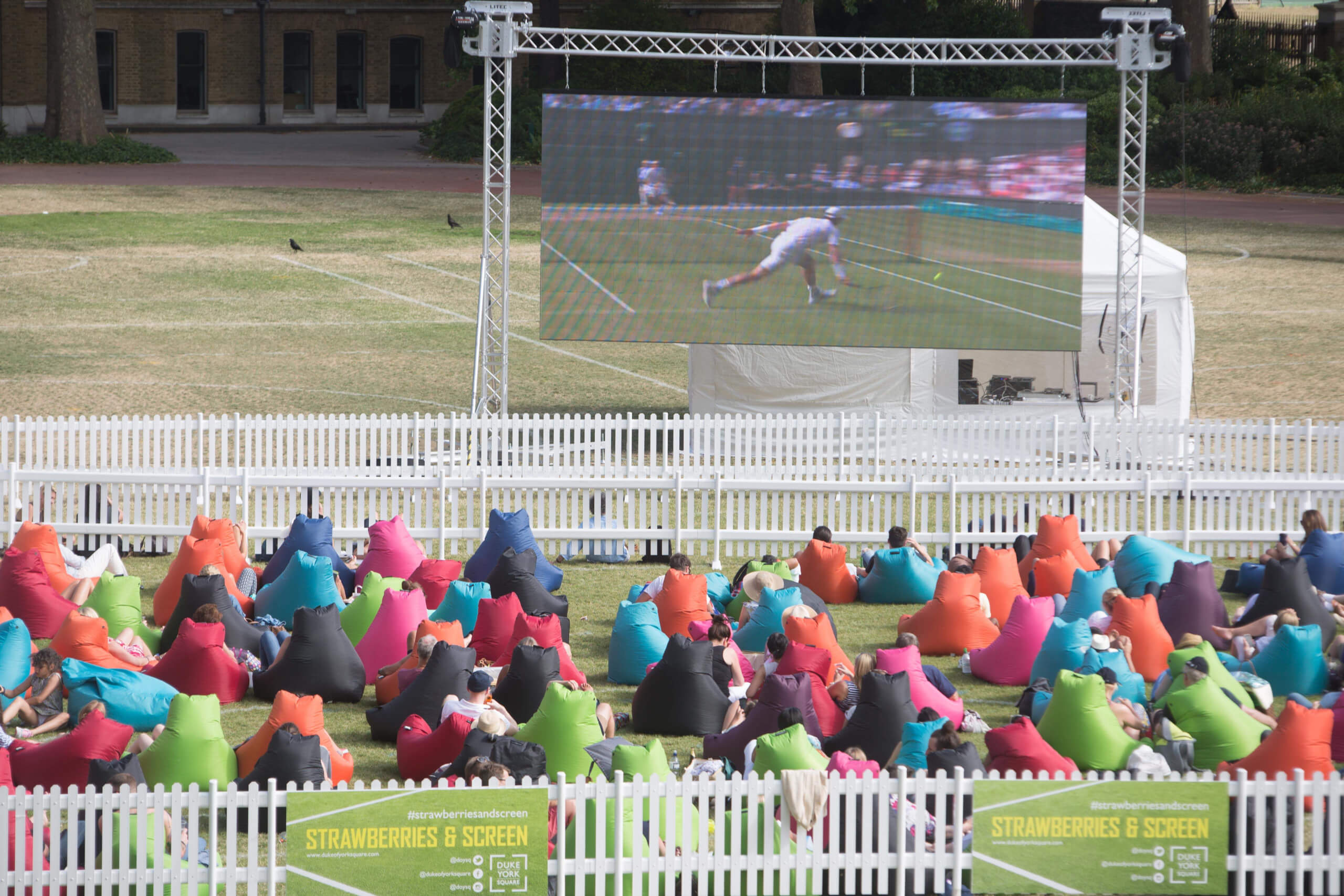 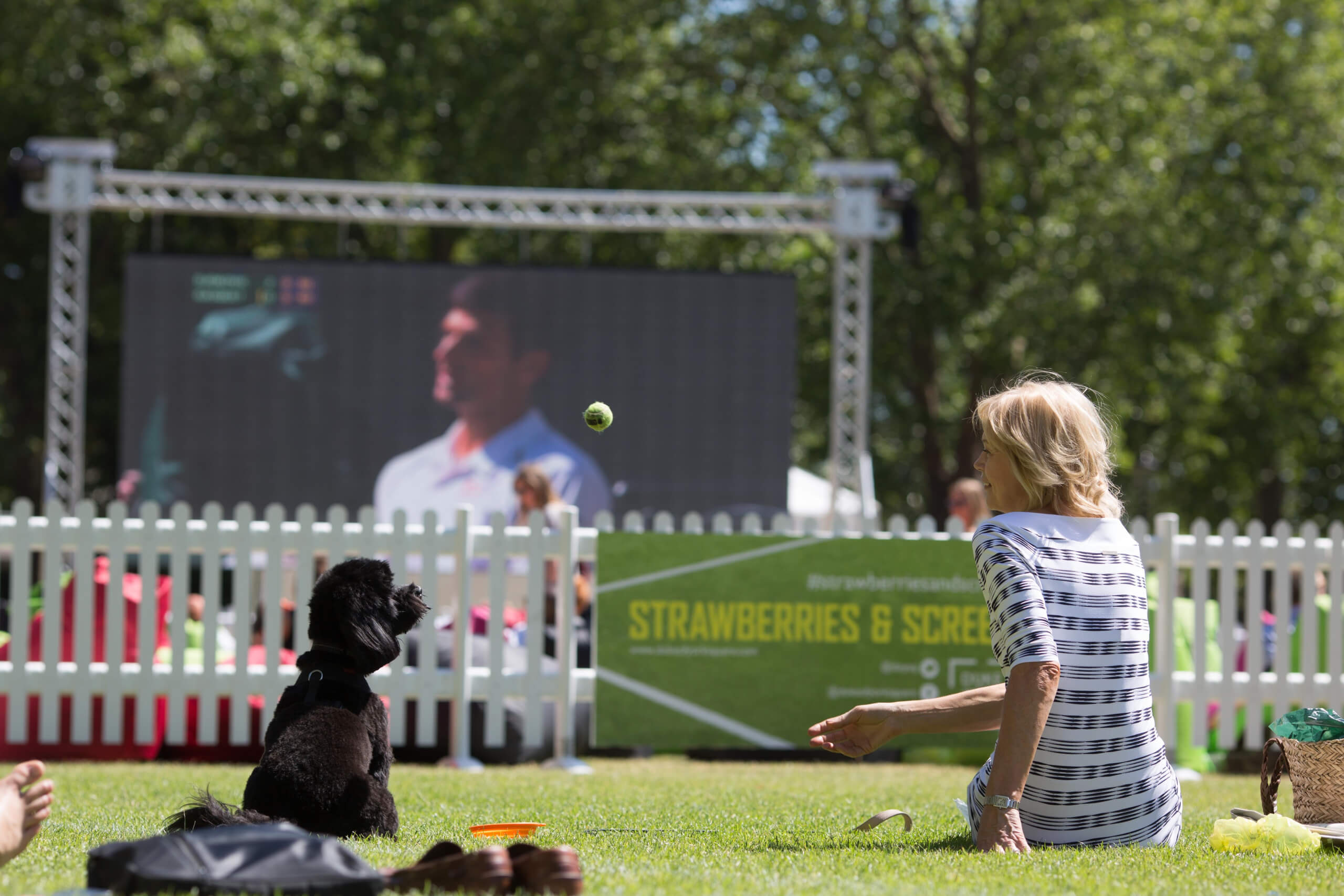 The Run-Down: If you can’t be Centre Court, Duke of York Square will once again be one of the best places to catch the legendary Wimbledon Tennis Championships this July. One of the biggest outdoor screens in London will take up residence at Duke of York Square from 14th-16th July, offering an amazing setting to enjoy the nail-biting action of the semi-finals and finals.

The Details: The enormous screen, standing at over 14 feet, will offer the perfect setting for visitors to soak up all the action. Visitors can enjoy traditional tennis treats of strawberries and cream, champagne and summer-favourite tipple Pimm’s from the Partridges pop-up bar. Alternatively, a host of local restaurants will be offering takeaway menus for visitors to pull together their own picnic.

2. For All the Outdoor Screens: One New Change, Cardinal Place and New Street Square 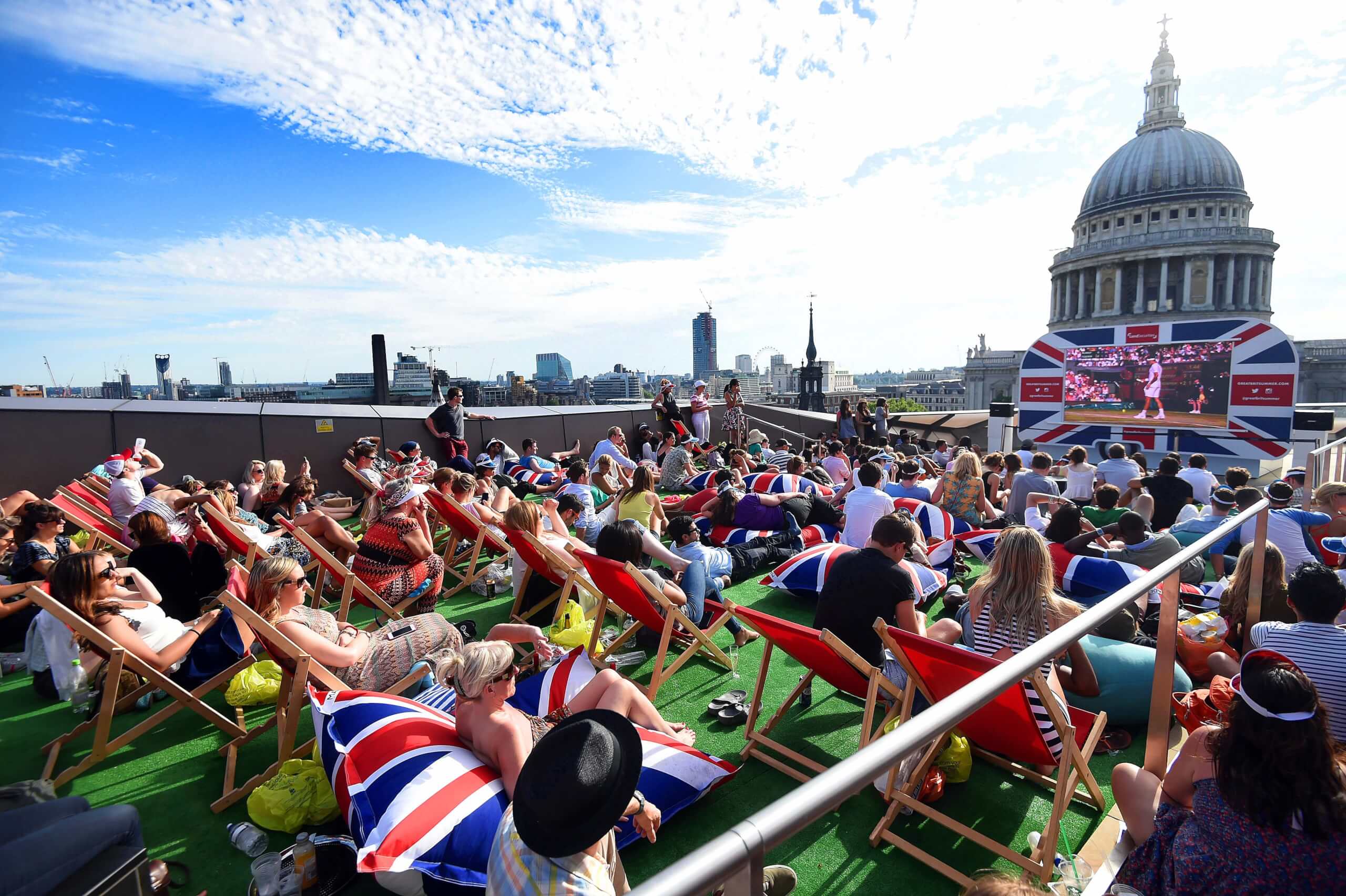 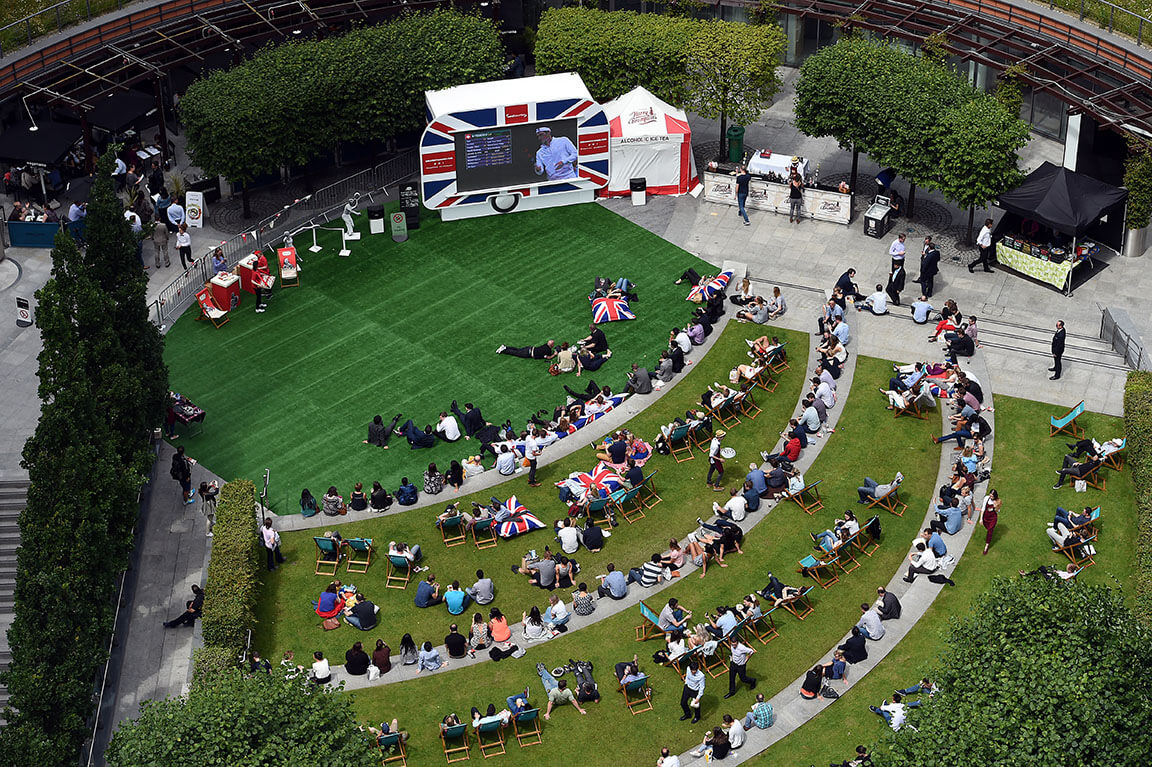 The Run-Down: Back for another summer, Landsec’s free outdoor screenings of Wimbledon are returning to London this July – showing all the action from Centre Court. For the two weeks of Wimbledon, One New Change by St Paul’s, Cardinal Place in Victoria and New Street Square by Chancery Lane will host the ultimate Wimbledon screening experience – with all the action from SW19 along with free deck chairs and Union Jack cushions.

The Details: Cardinal Place is an oasis of greenery located close to Victoria Station. The screenings will be hosted just a moment’s walk from the newly launched Nova Food – London’s newest foodie destination bringing 17 new restaurants and three pop-up kiosks right to heart of Victoria/ One New Change offers a spectacular view of St Paul’s Cathedral along with some of the City’s best shopping and dining destinations. And New Street Square is a tranquil green space located just off Fleet Street. The attractive café and restaurant lined square is the perfect setting to enjoy Wimbledon, with a daily changing line up of street food market stalls curated by Shepherd’s Markets.

3. For Pimm’s and Picnics: Merchant Square 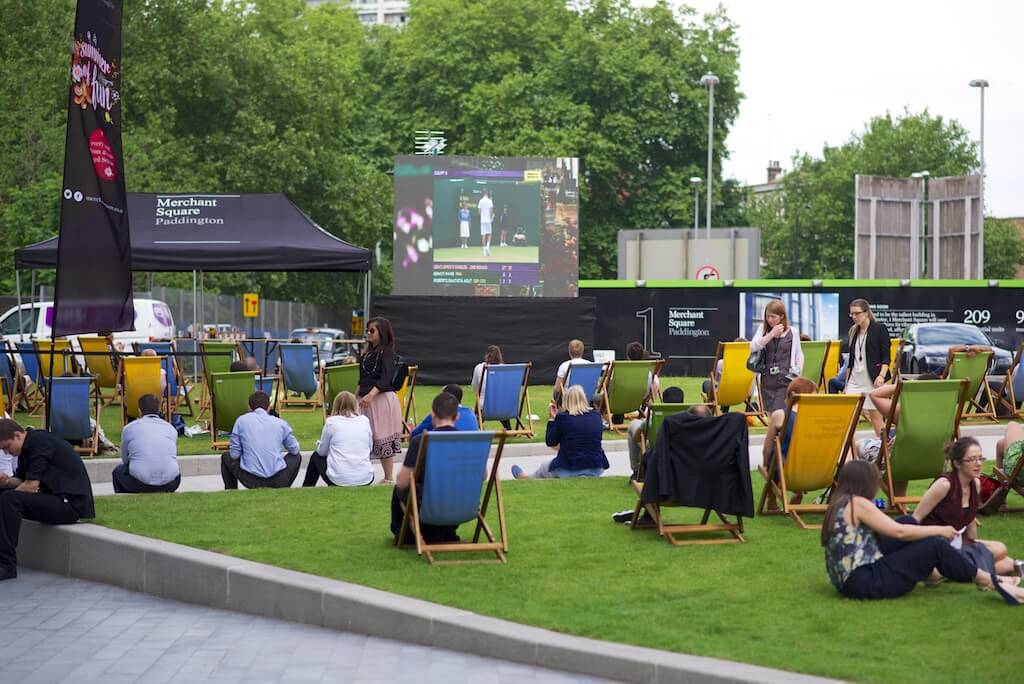 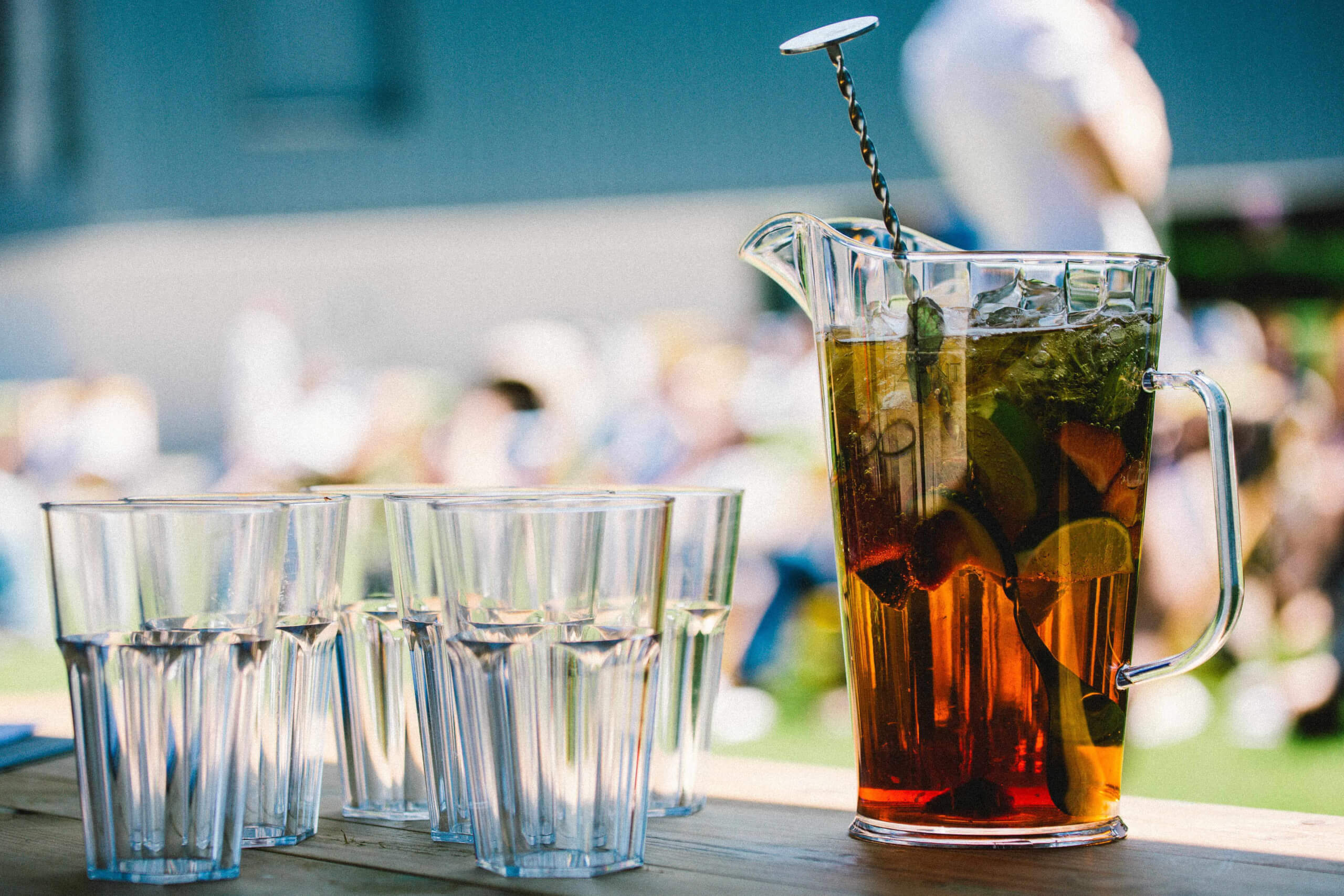 The Run-Down: Pass the strawberries and cream – it’s Wimbledon time. Merchant Square, Paddington Basin, will be live-streaming matches on the big outdoor screen on the lawn. Drinks and snacks will be available throughout all the matches; grab your sunnies, your sun cream and head to Merchant Square.

The Details: Merchant Square will provide deck chairs to anyone watching the game, and if you’re feeling peckish there’s oodles of foodie choice. Swing by Lockhouse, an all-day eatery dishing up burgers, beers and salads. There’s KuPP for all your Scandi fare, Heist Bank for pizza and prosecco, and Pizza Express for some sweet doughball loving. Don’t knock Pizza Express, people.

Where to Watch Wimbledon 2017: Foodie Delights

4. For a Wimbledon Weekender: Big Screen on the Green 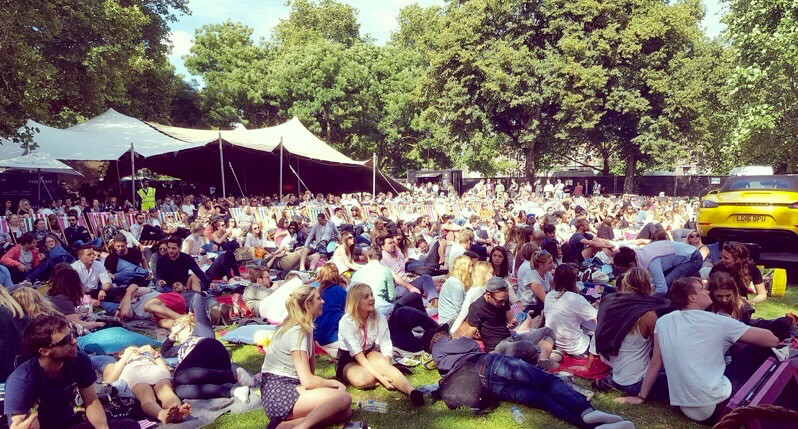 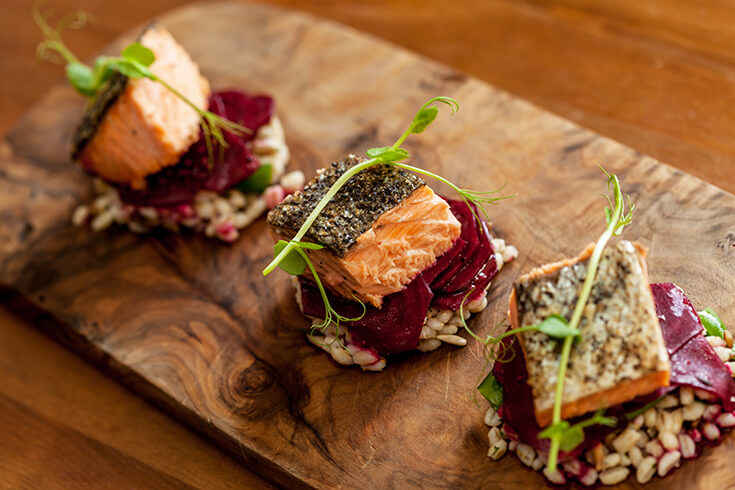 The Run-Down: Big Screen on the Green (BSOTG) is back, and is showing an extensive line-up of events this summer, including screenings of Wimbledon’s semi-finals and finals.

The Details: Cool down with summer sundowners created by several of the worlds top mixologist. There will be a Pommery Champagne lounge, acoustic music and entertainment, world class food stalls with an elegant picnic area and a family fun zone featuring kids specialist party planners Sharky and George, and Big Fish, little Fish, as well as pop-up shopping experiences. For a sporting day out, don’t miss Big Screen on the Green. 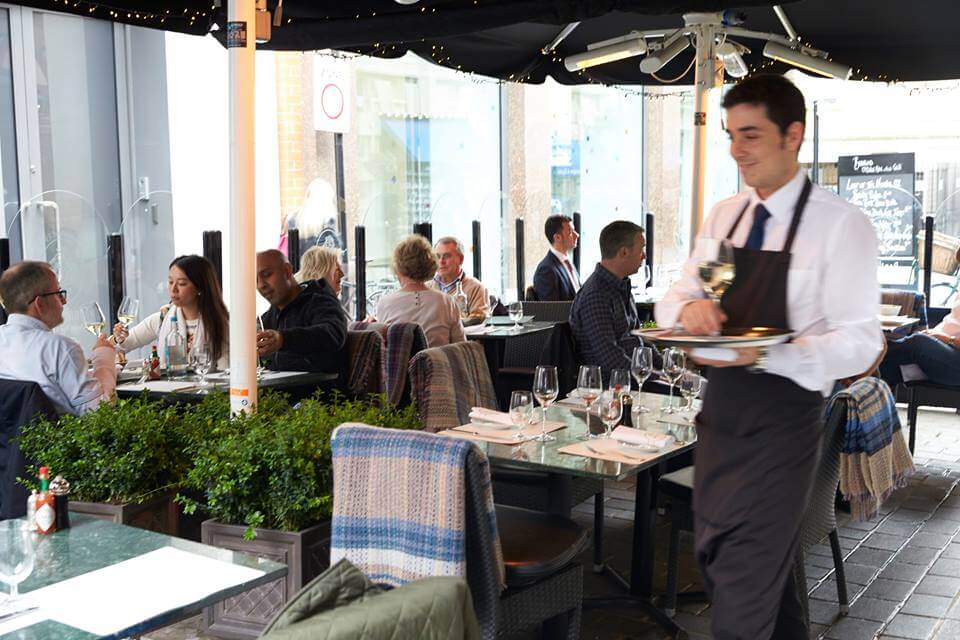 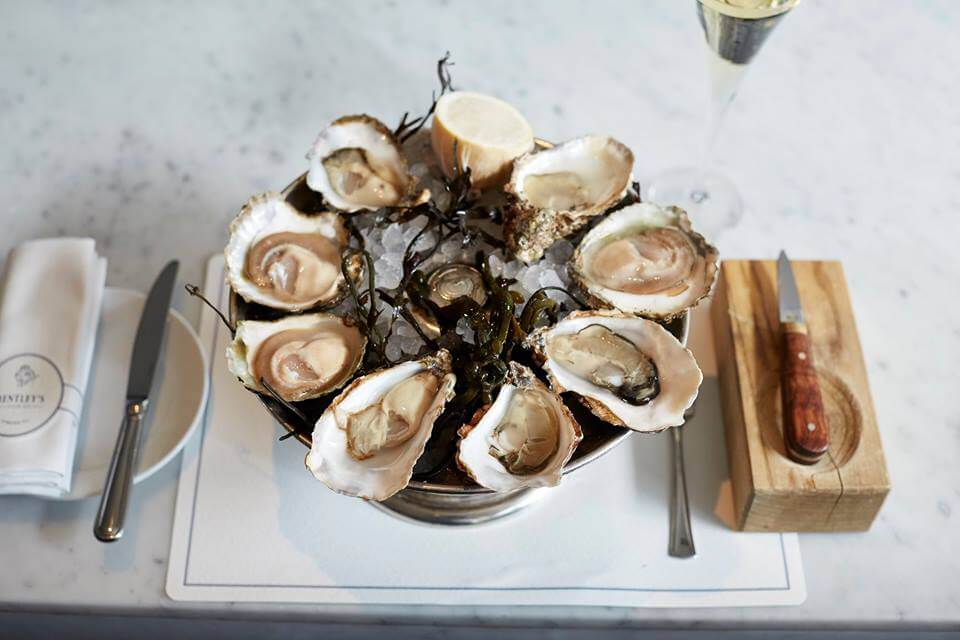 The Run-Down: Wondering where to watch Wimbledon 2017 if you’re a foodie? If you’re after a more refined outdoor screening, Richard Corrigan’s Bentley’s Oyster Bar & Grill’s huge terrace is just the place. Pull up a chair and sip cocktails inspired by the Wimbledon championships, like the Deuce, Martina’s Match and Serena’s Secret.

The Details: A large screen will be set up throughout the tournament, along with extra table and chairs for hungry spectators. Bentley’s super fresh seafood platters always go down well on the terrace, or you can dine from the full Oyster Bar Menu including fresh-off-the-boat fish, mussels and prawns.

5. For an East London Screen: Canalside 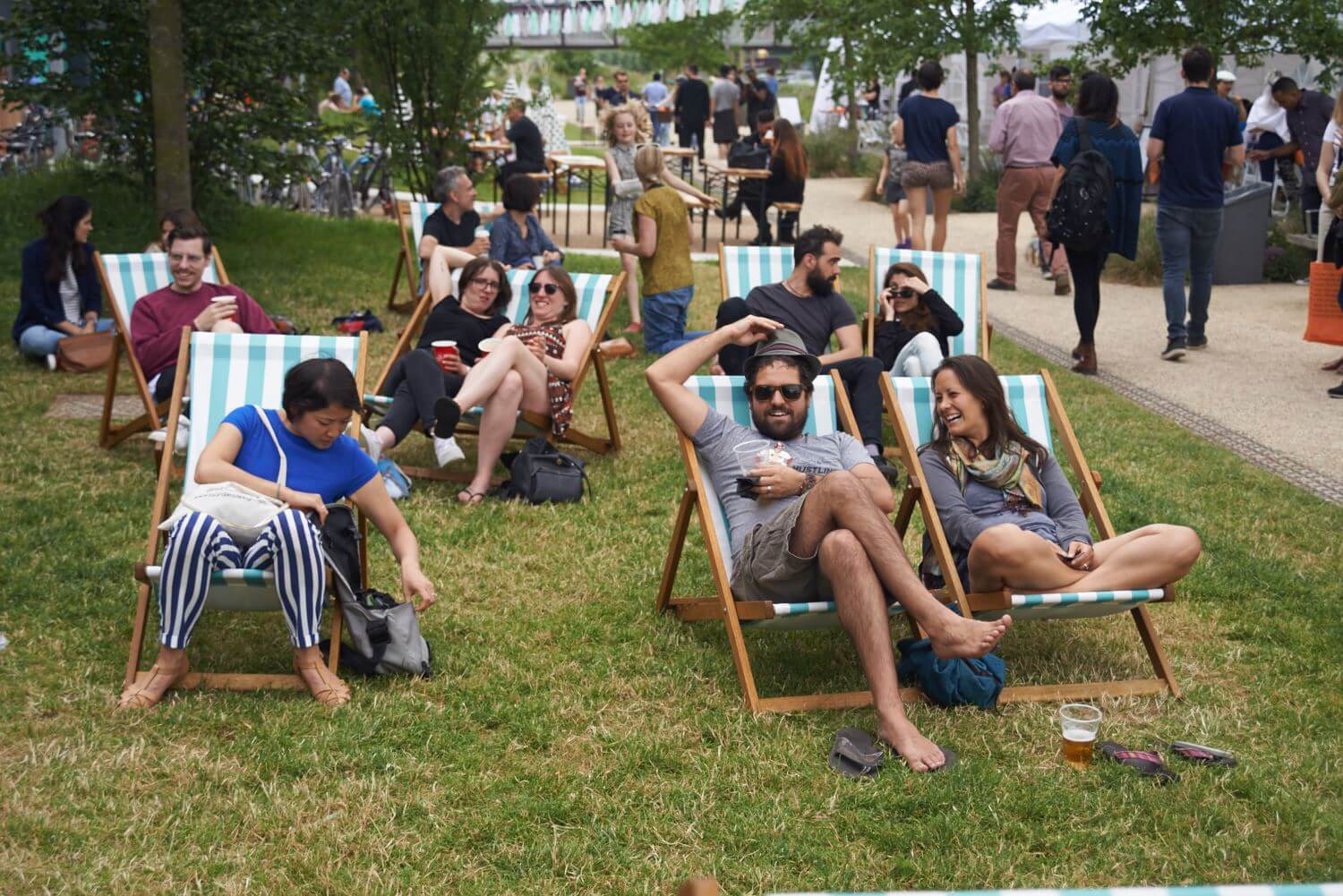 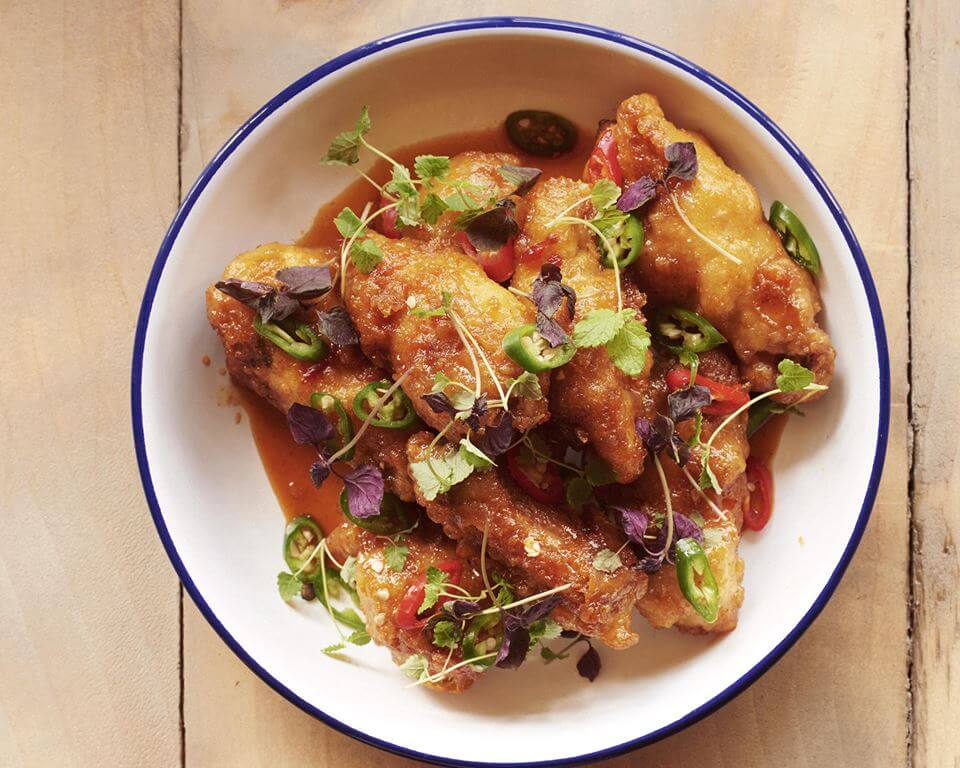 The Run-Down: It all happens down by the River Lea, just ask Adele. Hackney Wick’s foodie quarter, Canalside will be showing the matches on a big screen with a more deckchairs than you can shack a stick at. Don’t sit empty handed though as there are some top treats to keep your tum full.

The Details: Cocktail connoisseurs Four Quarters who will be serving a tasty mix of Sipsmith Gin, fresh kiwi, fresh lime and fresh coriander, muddled, double strained and served on the rocks. Head to Shane’s for an array of quirky Wimbledon delights including coronation chicken scones, Gotto will be offering 2 -4-1 on their House Spritz whenever Konta or Murray play, and Randy’s Wing Bar, not to mention the best in town, will have a guest strawberries and cream hard shake on the menu.

Where to Watch Wimbledon 2017: Quirky Ones

6. For a Gin Garden: Cinnamon Kitchen 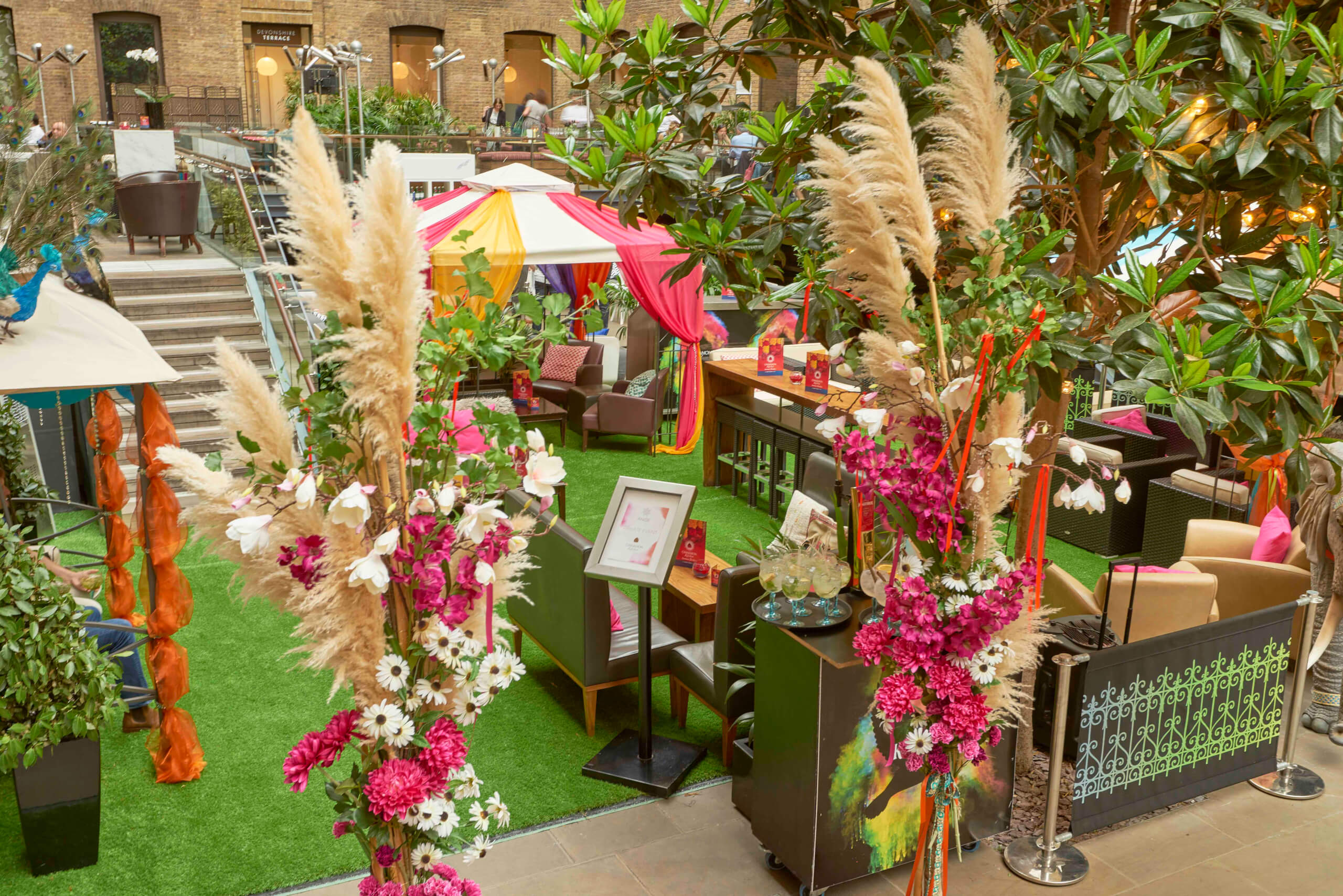 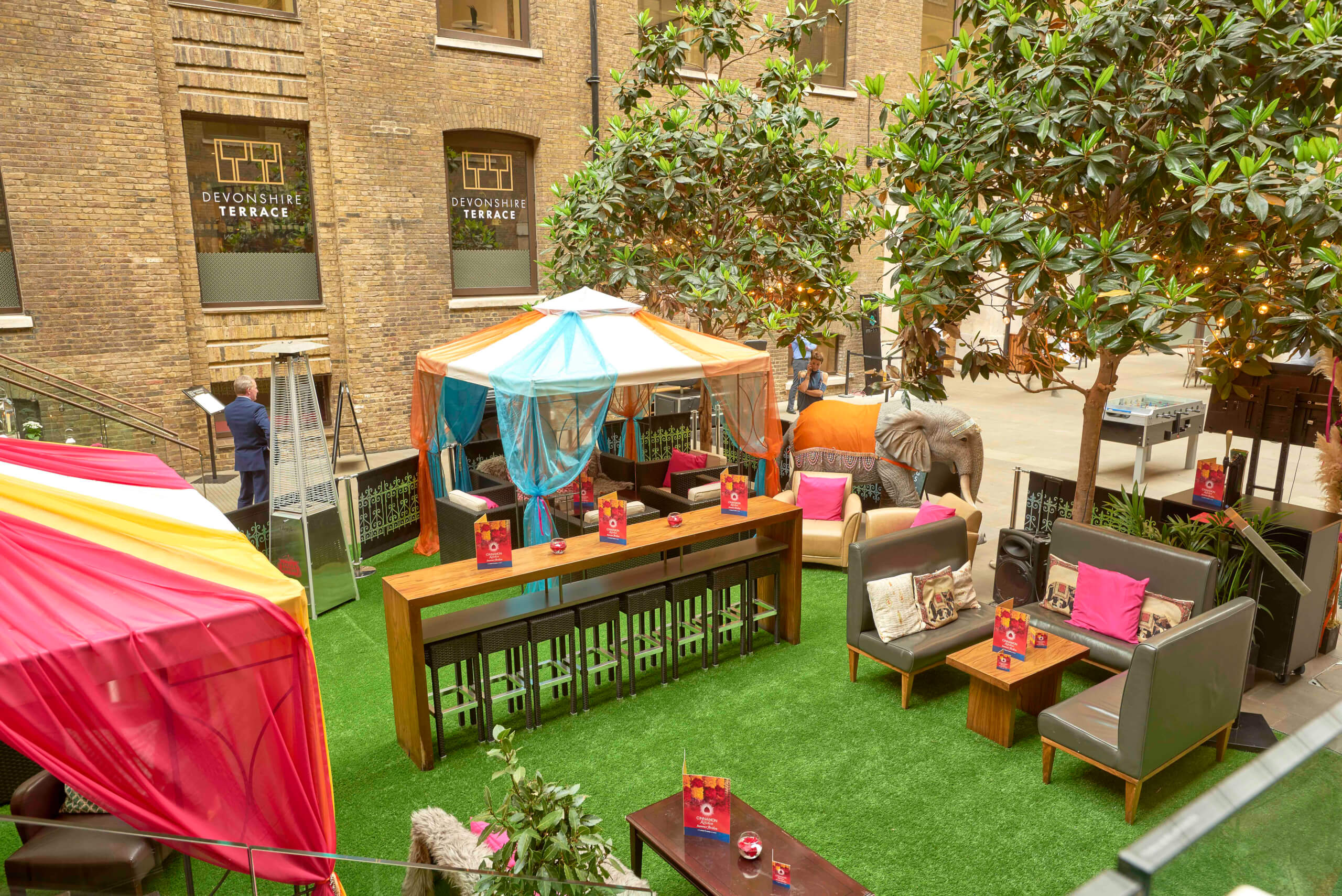 The Run-Down: This summer Cinnamon Kitchen, Vivek Singh’s modern-Indian restaurant in the City, has joined forces with Bombay Sapphire to create an alfresco Gin Garden with an outdoor TV screening Wimbledon. An adjoining Summer Pavilion will also be popping up in its cocktail bar Anise, decked out with vintage sport memorabilia such as old school cricket rackets, vintage rugby scrum caps and colourful fabrics hanging from the ceiling, making it a unique spot to celebrate in style.

The Details: The Bombay Sapphire Gin Garden and Summer Pavilion will be serving bespoke gin cocktails with an Indian inspired menu such as Star Negroni with Star of Bombay, Martini Riserva Speciale Rubino, Martini Bitter and orange wheel as well as modern Indian bar snacks such as lamb shammi kebabs and masala potato wedges.

7. For a Beach Side Screening: The Roundhouse 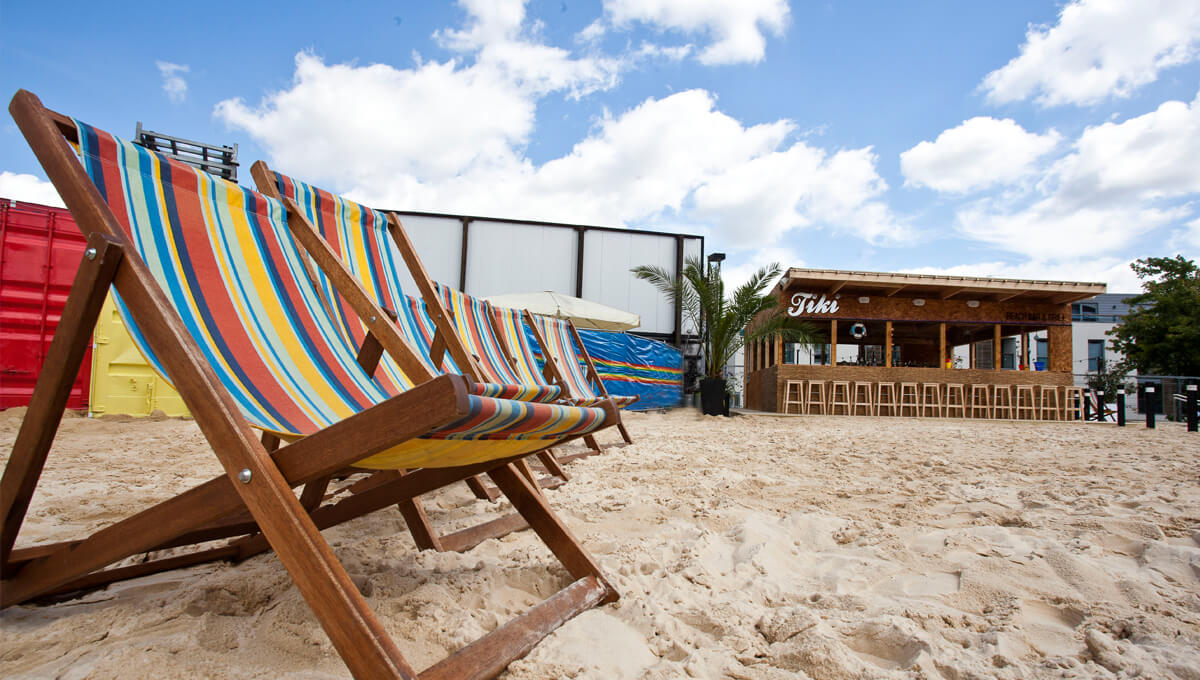 The Run-Down: Second-guessing where to watch Wimbledon 2017? The Roundhouse’s summer oasis Camden Beach is returning for its sixth year, but with a twist. This year they’re partnering with Brighton’s Big Beach Screen Events, for Big Screen on the Beach. If you’re a North Londoner, this is one of the best places to catch a slice of the tennis action alfresco.

The Details: The beach opens on Saturday 15th July with free screenings of the Wimbledon finals. The beach will be open from midday until 11pm, so get down early to tuck into food and a drink from one of the beach-side bars before you choose your deckchair. You can dip your feet in the sand without leaving the capital.

Where to Watch Wimbledon 2017: Our Favourites

8. For a Great Terrace: Refinery Bankside 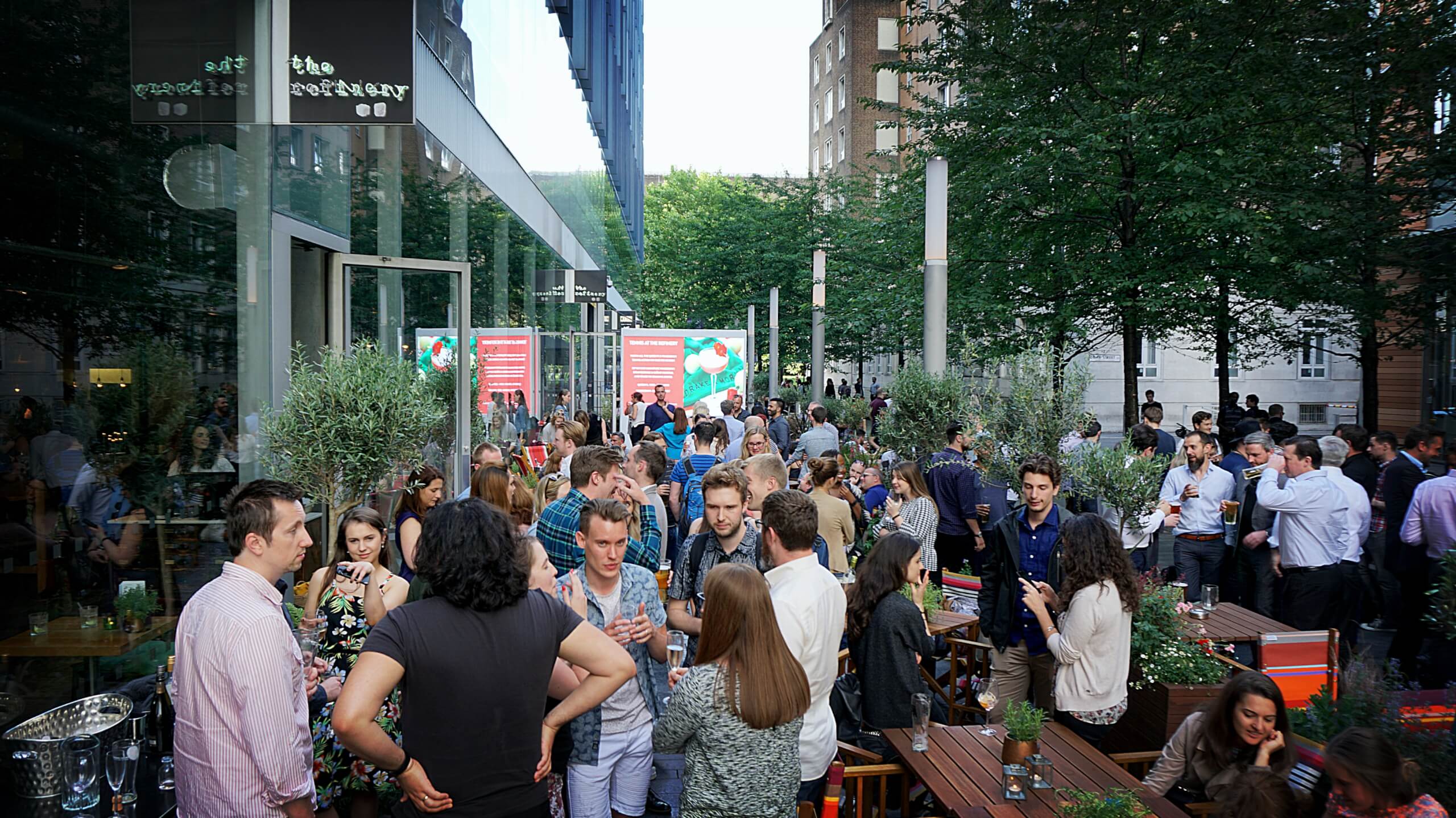 The Run-Down: To honour the return of the British tennis season, the terrace at the Refinery Bankside will be transformed with colourful deckchairs, giant screens and a pop-up bar throughout Wimbledon until Monday 17th July.

The Details: Kick back and sip on the limited edition specially curated Strawberries and Crème cocktail inspired by Wimbledon’s signature afternoon snack. Beer lovers looking for something different, should head for the Peroni pop-up bar serving Peroni Ambra, a refreshing blend of Peroni Nastro Azzurro and Italian chinotto – a rare Italian citrus fruit – served over ice with an orange twist. And to keep you full, choose from The Refinery Bankside’s all-day menu of freshly-made, seasonal dishes: from sharing boards and small plates to hearty burgers and seasonal salads. 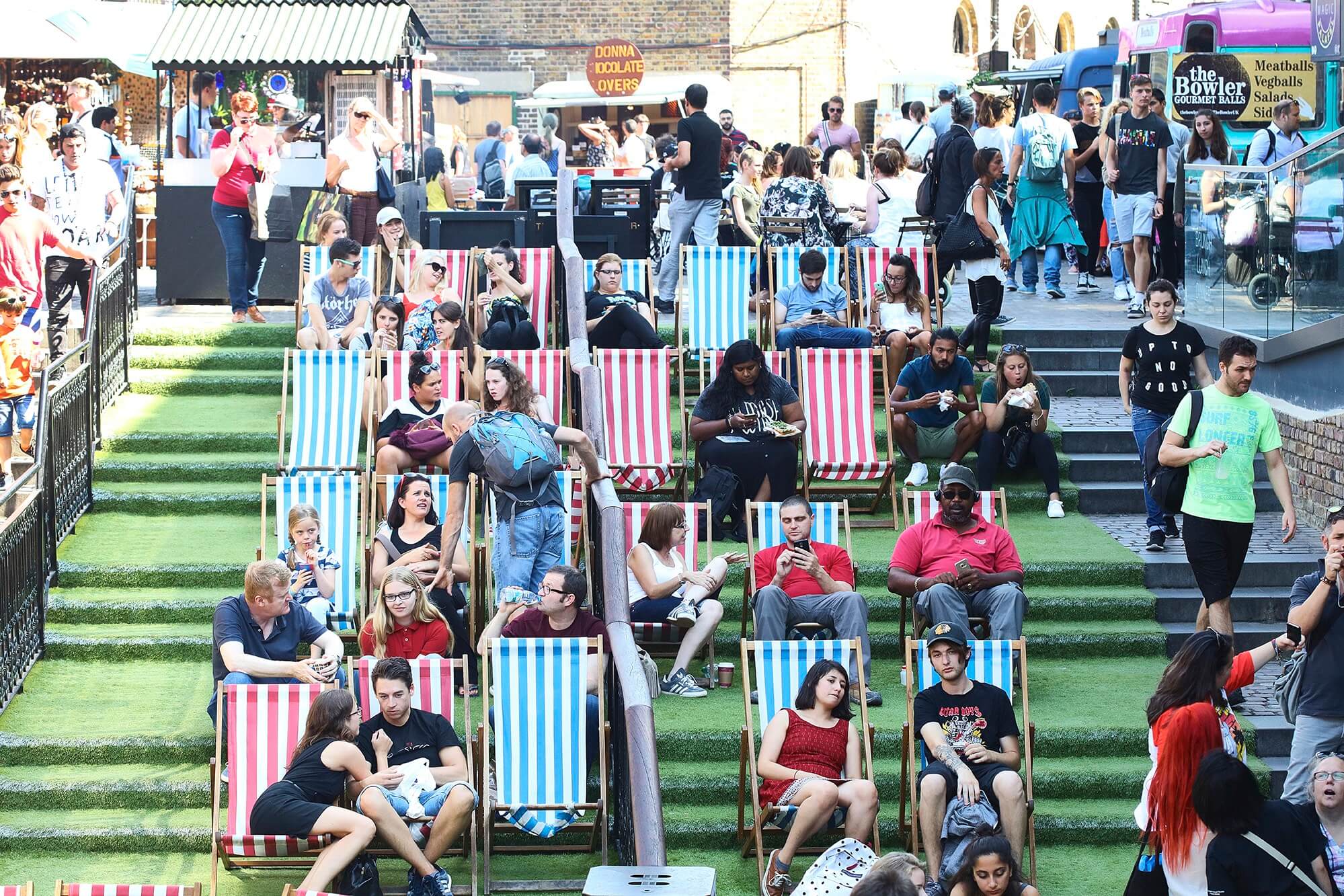 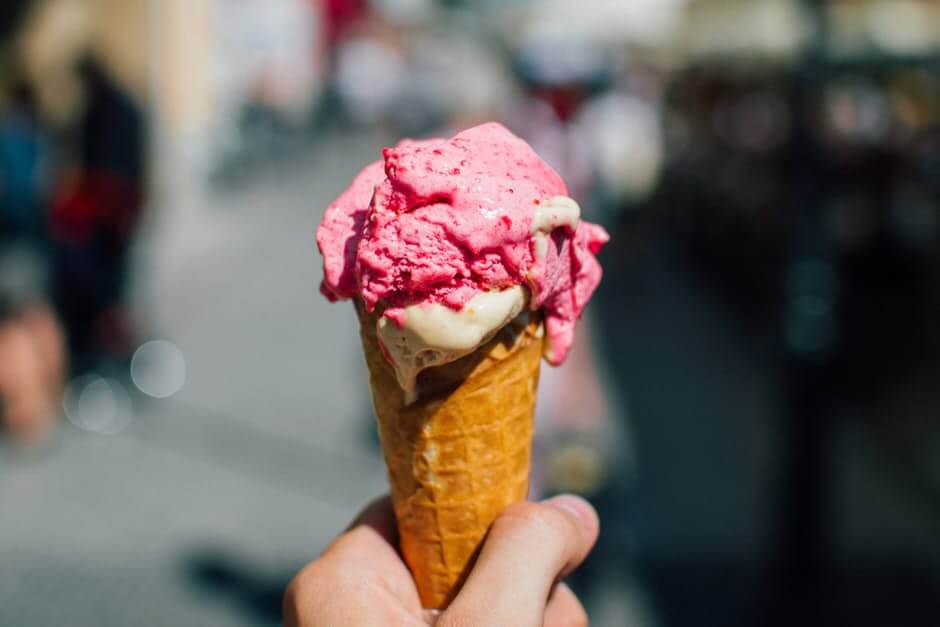 The Run-Down: Claim a deck chair on the real (fake) grass lawn and settle in for a season of sunny tennis watching at Camden Market’s Wimbledon 2017 pop-up.

The Details: All games will be screened live on an outdoor screen in the North Yard’s amphitheatre. Hungry? Thirsty? Sip on soda from Hackney’s Square Root, ice cream from Camden’s own Gelatology tricycle, and strawberries galore; this is the most Wimbledon fun you can have this side of Henman Hill. 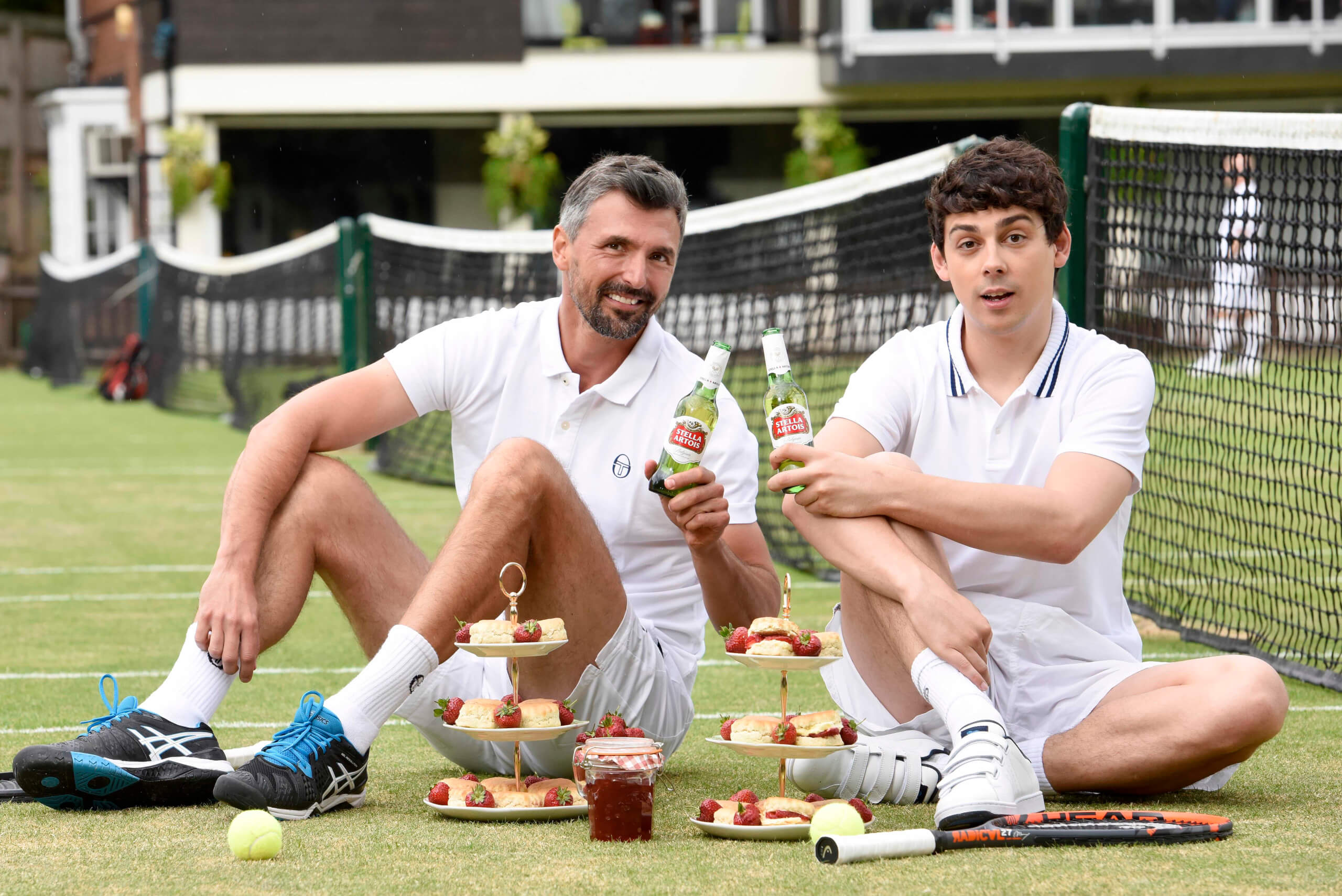 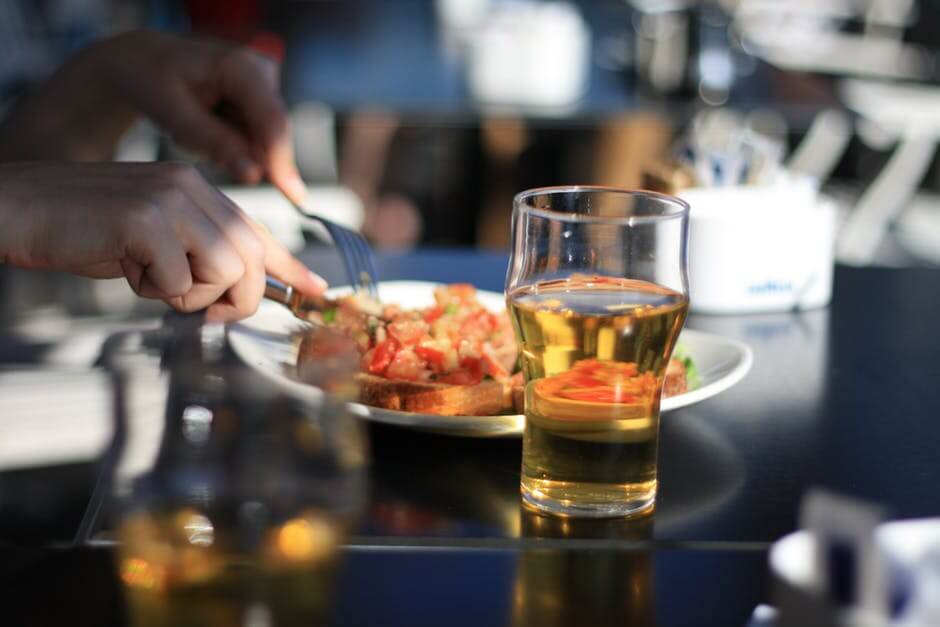 The Run-Down: Still wondering where to watch Wimbledon 2017? Stella Artois is bringing a taste of Wimbledon to the masses with their entry-free Stella Artois’ Vantage Point event, kicking off on 3rd July for two weeks this summer at Flat Iron Square. As well as screening all the tennis action from The Championships, the brand has collaborated with a stellar line-up of influential experts to host and curate the event to make the occasion more special, and give the iconic Grand Slam tournament a fresh new spin – including comedian Matt Richardson and tennis legend Goran Ivanisevic.

The Details: No occasion is complete without food, and that’s exactly what Stella Artois will be bringing to the event. The brand has worked with several food creatives to design bespoke menus for guests to enjoy, inspired by Wimbledon. These include a miniature pancakes with strawberries, elderflower clotted cream and mint, strawberries and cream baklava, chimichangas served with strawberry and champagne salsa, as well as meat and cheese platters with pickled vegetables – perfect for sharing.