About Time: You Saw Van Gogh in LondonBy Angelica Malin

Vincent van Gogh is one of the greatest artists who ever lived. It’s just a shame that nobody told him so while he was still alive. The Dutchman was a visionary, with a style that was years ahead of his time. He struggled to sell his artwork during his lifetime, but these days on the rare occasions it changes hands, it does so for millions of pounds. That means only the luckiest and wealthiest of us will ever be able to hang a genuine van Gogh on our walls, but it doesn’t mean we’ll never get the chance to see one in person. In fact, the best chance will arrive later this year when “Van Gogh: The Immersive Show” comes to London.

Interest in the painter’s life and work has reached a new high in recent years. Millions of us watched Tony Curran play Van Gogh to great acclaim in “Doctor Who” in 2010 in “Vincent and the Doctor.” The episode is generally regarded as one of the best in the BBC science fiction show’s long history. He’s even somehow found his way onto the reels of online slots websites in a dedicated feature game called simply “van Gogh.” While that probably sounds more than a little unlikely, he’s not even the only famous artist to have their work recreated for casino slots websites. If you were to visit sistersite.co.uk you’d find several casinos with slots based on the life and works of Leonardo da Vinci. It’s a strange niche, but that’s not really the point of this article! We’re here to talk about what ought to be a spectacular show in London, so let’s get back to it. 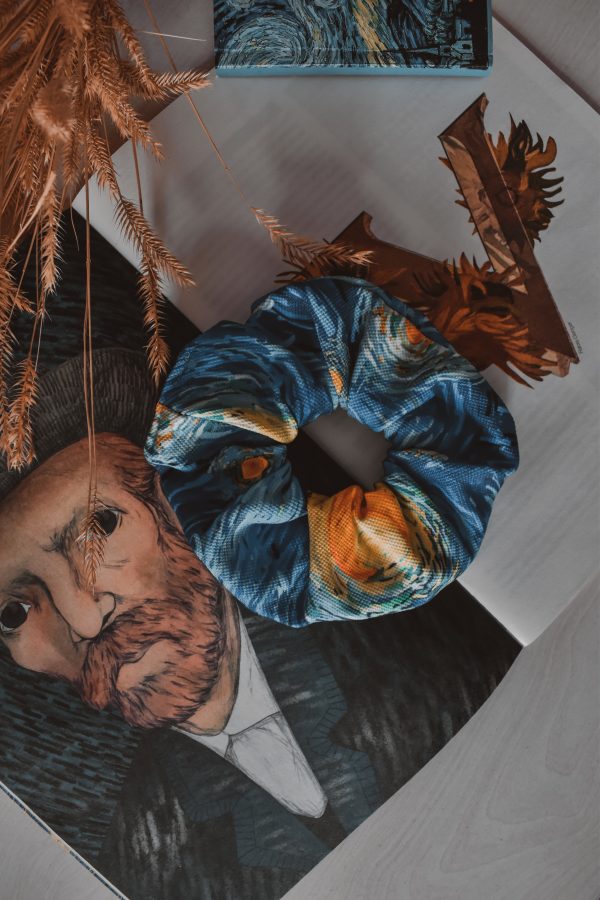 “Van Gogh: The Immersive Show” has been in the planning stages for more than twelve months. We’ve known for a long time that it was due to happen in September, but the event’s organisers kept the location a secret for as long as possible. It’s not a secret anymore. The show is going to happen in Spitalfields. To be more specific, it will happen in a warehouse on Commercial Street that will be especially renovated for the event. We’ve been promised a full twenty thousand square feet of exhibition space, all of which will be dedicated to van Gogh’s best-known works and a few of his less-celebrated paintings. The choice of location is fitting for someone of van Gogh’s rural background. It was once a stableyard, playing host to several hundred dray horses used by Truman Brewery. Given van Gogh’s notorious love of the occasional alcoholic beverage, we’re sure he’d approve of the choice.

While we’re glad to be finally clear on the location, we’re less clear on what the show will look like. It’s possible that there won’t be any original van Gogh artworks on the walls at all. Instead, this is a show for the 21st century and focuses on the digital realm. Apparently, the idea is to allow visitors to get “inside” van Gogh’s work and become one with his paintings. The organisers describe it as a “light and sound spectacular,” with paintings like “Starry Night” projected two stories high on the walls, allowing us to see details that might otherwise escape us. We have no idea what van Gogh’s work “sounds” like. We can’t say that it’s a question that’s ever crossed our minds before. Still, we’re excited t find out!

Aside from being visually stunning, the choice of the word “immersive” in the title isn’t just there for show. At least some of the exhibition’s several galleries are said to be “interactive,” allowing attendees to learn more about the painter’s techniques and perhaps even get the chance to digitally recreate some of them. The show will be as much about the man as his art, with specific sections dedicated to various eras of his life and telling his full dramatic (and sadly tragic) story. Virtual reality will play a key role in the experience, with a ten minute VR show said to be the highlight of the attractions on offer. “Van Gogh: The Immersive Show” will bring the Amsterdam and Paris of van Gogh’s era back to life, giving us the chance to walk through the locations that inspired his greatest works. Children are welcome to attend and even get a “special surprise” at the end of their tour. The nature of that surprise is unknown, but we can probably assume it involves a free gift of some kind.

This is only one of several major technology-augmented art shows scheduled to arrive in London in the near future. Several of the capital’s biggest art galleries have joined forces to spearhead a new project known as the Augmented Art Gallery. Between them, they’ve chosen twenty of the best masterpieces and will use digital technology to display them outdoors. One of them is the famous “Equestrian Portrait” of Charles I, which is already being displayed outside the National Gallery after being unveiled by actor and comedian Stephen Mangan. Works by van Goh will also be making an appearance in the weeks to come, along with classics by Titian and a few select offerings from local artist Tracey Emin. The various works of art will become a trail, starting at the National Gallery and leading to Fortnum and Mason at Piccadilly.

This all adds up to an excellent year for art and culture in London. We all missed our museums and art galleries last year, so it’s fantastic to see them get a shot in the art in the shape of these promising new exhibitions. It’s just as exciting to see the latest technology being used to put people in touch with art in ways that have never been attempted before. Tickets for “Van Gogh: The Immersive Show” aren’t yet available but will go on general sale in the very near future. If you’re interested in getting your hands on some, stay tuned to the show’s official social media channels. We’re one hundred per cent sure that we’ll be going, so we might even see you there! In the meantime, thanks for stopping by and reading our article.