London / Culture / Theatre / About Time You Saw… The Mikvah Project

About Time You Saw… The Mikvah ProjectBy Gilly Hopper

The Yard Theatre’s Artistic Director, Jay Miller, plunges into the theatre’s spring season with The Mikvah Project. Located in a converted warehouse in Queen’s Yard, Hackney Wick, this production is making its world premiere, and creating plenty of ripples in its wake. Written by Josh Azouz, the play unveils a new generation of Jewish humour and wit, exploring the limits of love and transformation. 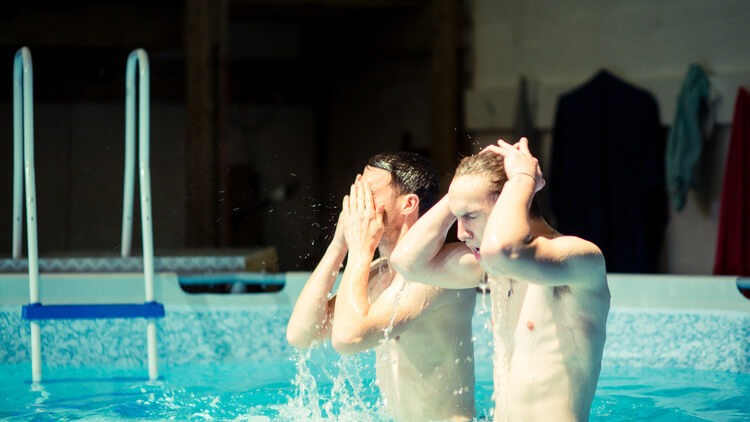 Laddish, tender and at times misogynistic, this droll two-man show, starring Jonah Russell as the handsome 35-year-old Avi, and Oliver Coopersmith as the confused 17-year-old Eitan, explores an unlikely pair’s crisis of manhood. Seeking a change, the men first meet at The Mikvah (a ritual bath designed for the Jewish rite of purification). Every Friday they repent and immerse themselves in the healing waters, and indirectly form a tenuous relationship. Drawn back to the bath, and to each other, their bond soon develops from a light-hearted Spurs verses Arsenal rivalry into something a little deeper. 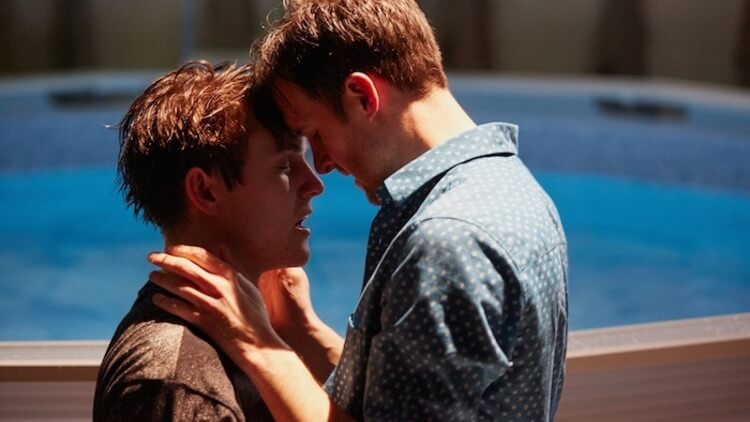 Cécile Trémolieres’ ambitious set – a full size pool harbouring 80 tonnes of water on stage – centralises the drama, both physically and metaphorically; the onstage Mikvah also readily serving as an ancient ritual site, an Alicante poolside and an attempted suicide spot. Unraveling their story, Eitan and Avi speak directly to the audience in past tense, third person, via two stage-set microphones. Thoughts and desires are presented as disassociated fact amidst crude jokes, live song and backhanded remarks. Peg hooks line the back wall awaiting Avi and Eitan’s clothing as they strip themselves of their clothes and preconceptions, and the play explores how the limits of love can surprise, challenge and change who we think we are. 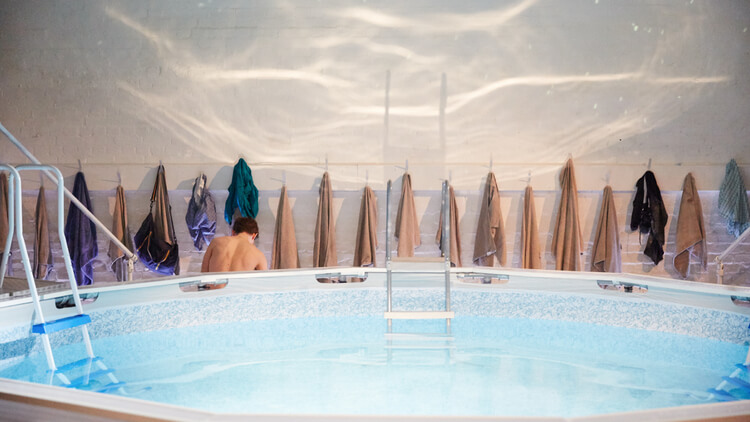