London / Culture / Theatre / About Time You Saw: As Is

About Time You Saw: As IsBy Gilly Hopper

In the early 1980s, while busy writing the comic opera The Ghosts of Versailles, playwright William M Hoffman was left dumbfounded, yet inspired, by an ‘absurd article’ he read in a day old copy of The New York Times. The Times article proclaimed that there was now a disease capable of distinguishing between homo and heterosexual men; the AIDS epidemic had begun to infiltrate the media, pitting New York City as its centre point. In the early 80s people outside the gay communities main concern was reassuring themselves that it was only happening to “them” and not “us.” Mortality figures mounted as fear and disease spread and people with AIDS were abandoned by friends and family, mistreated by health workers and evicted from apartments. 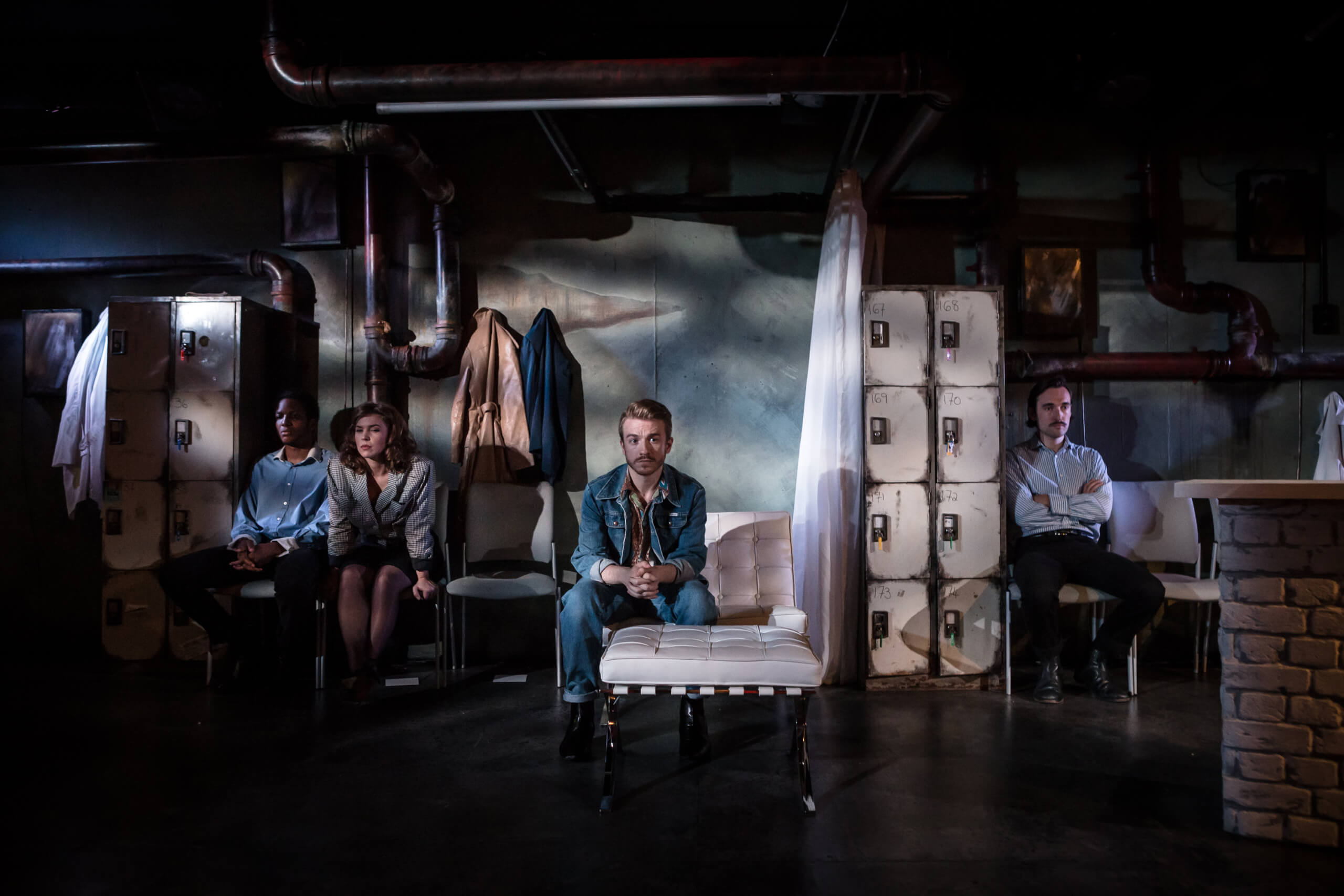 Heralded as ‘the first AIDS play’, Hoffman’s As Is was originally presented in New York in 1985. The play centers on a homosexual man named Rich – a writer – who is HIV-positive, his former lover, a photographer called Saul and their friends and family. Bold, touching, compassionate and humorous, As Is faces death squarely, tackling tired stigmas with verity and wit. Throughout the play characters cracked jokes while Rich, and many others like him, were in the process of expiring. Permitting the play to be funny, the shows humour enables the audience to accept the pain of the sadder material.

Taking the disease at face value, As Is comprises of a number of short stories interwoven around Rich’s central story. David Poynor resurrects the role of Rich’s lover Saul following the show’s 2013 London debut at Finborough Theatre, accepting life ‘as is.’ Providing comfort, contention and comedy throughout, Poynor pours himself it the role of the irritable and loyal ex-boyfriend. As Rich, Steven Webb (The Inbetweeners) is a delight, balancing bravado and vulnerability as Rich tries to come to terms with his diagnosis. 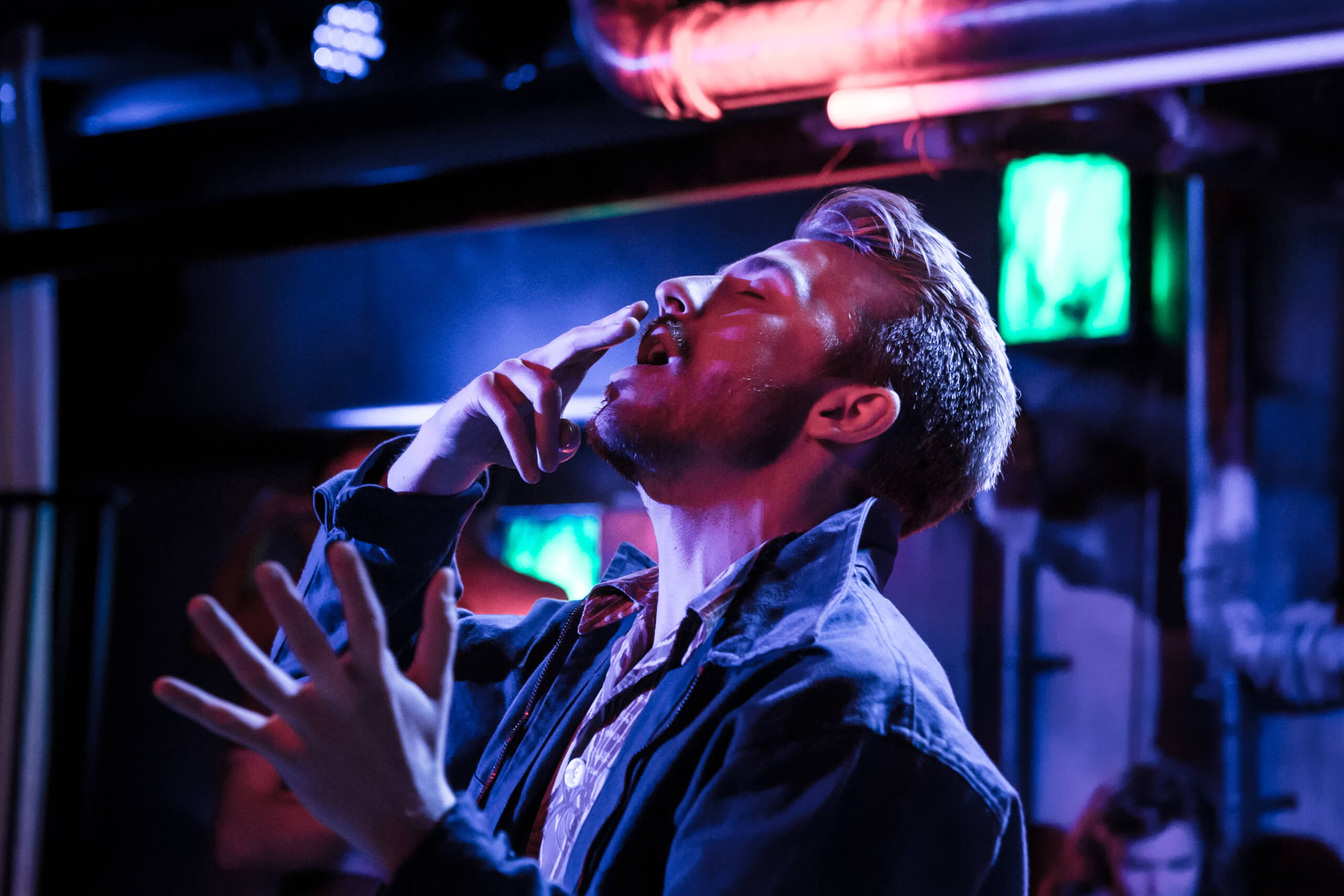 Perhaps the truest testimony of onstage camaraderie is recognised in the strained relationship between Rich and his brother (Dino Fetscher). Prejudiced and conflicted, Fetscher is unapologetic in his delivery of a brutish brother. Overcoming societal, marital and personal qualms, Fetscher’s recognition of, and loyalty to, his brother, Rich, is poignantly felt. Flip-flopping away from prolonged sentimentality, Hoffman is quick to interject humour. As a Spanish male nurse mistakes Rich’s brother for his lover, one of the shows wittiest exchanges takes shape, retracting to slapstick tendencies. 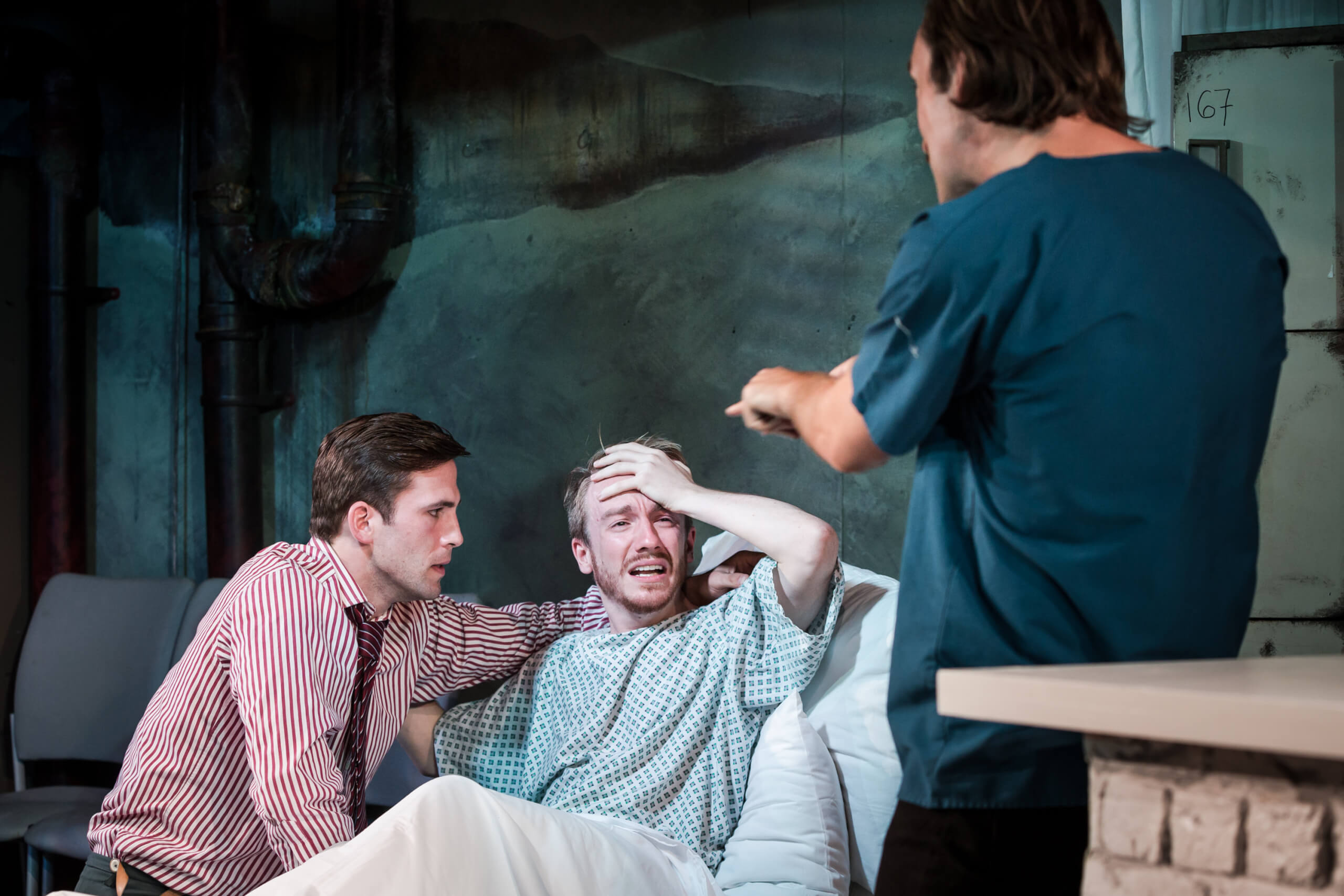 Structurally free, scenes overlap and flow into the next. Hoffman writes truthfully about life, death and our contradictory emotions as an atheist plea’s ‘help me God.’Purposefully misplacing punch lines, donning actors in Magic Mike style police costumes and the reels of scandalous banter, As Is is a testimony of inner strength and resilience; passionate to its core.

Raising awareness: An estimated 34 million people live with HIV worldwide. Globally, more than 25 million have died from the disease. Though medical advances mean that HIV should no longer affect life expectancy, an estimated one in four people are not aware of having the virus and thus cannot receive treatment. There is still no cure.