We’re all about the best that lifestyle, travel and food and luxury goods life has to offer, but if one thing 2020 has taught us all, it’s how to entertain ourselves at home. On a chilly night at home, wine poured and snacks out, that will often mean going old school analogue and reaching for classic paper-based entertainment – the lowly playing card deck.

There are thousands of different card games out there. You can play games at a casino, just for fun with friends or even by yourself. The possibilities are almost endless, with the digital world allowing you to play cards or visit online casinos on the internet too – CasinoRange has some useful reviews to help you choose where to play online if you’re not too sure where to begin on this front. The deck of cards can be a gambler, dealer or magician’s best friend, but just how much do you know about them? Read on for some interesting facts you may never have known about a deck of cards. 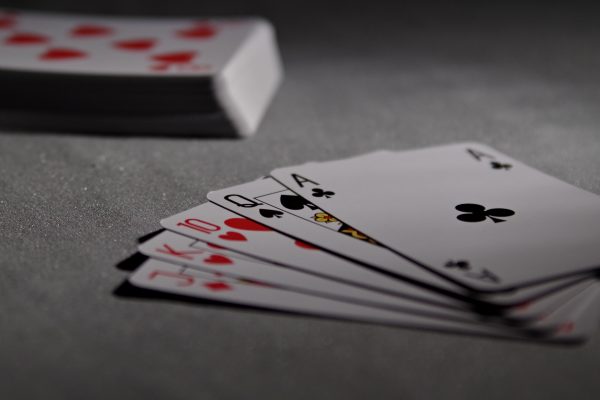 It is a common belief that the deck of cards were invented in China in the 9th century. Of course, no one can be absolutely certain about this but that is what the evidence leads us to believe. However, these cards were not the same as the 52 deck that we see today. It is likely that the first ever deck only had 32 cards in it. We cannot be sure but it would make sense that the 20 cards missing were the Jacks, Queens, Kings and Aces. There were no printers back in the 800s so instead cards were carved onto wood.

The Oldest Deck of Cards Currently Belong in New York

The Metropolitan Museum of Art currently displays what is claimed to be the oldest deck of cards in the world. It is believed that this hand painted deck came from the Netherlands back in the 1400s. Incredibly, the deck looks to be in immaculate condition. It’s amazing that they can survive almost 600 years and appear to have been hardly played with. The deck was sold to a collector for around $3,000 back in the 1970s. The same collector then sold it to the Metropolitan Museum of Art for an incredible $143,000 just a few years later. Safe to say that it was worth the investment.

Oldest deck of cards in the world

Cards Used in a Casino are Usually Made of Plastic

Whilst most normal cards are made of paper or card (hence the name) but this does not apply for the cards used in a casino. In order to keep them in the best condition for as long as possible, they are made from a firmer material. With so many different people being likely to handle them in lots of different games, it makes sense to give the cards some added protection by ensuring that they are made of strong stuff. This is simply just to try and make them last longer so that they can carry on being used. This also makes it harder for players to tamper with the cards and end up cheating.

Most Cards Today Are Made by the Same Company

The same manufacturer dominates the card production industry. The United States Playing Card Company makes almost every single deck out there which can be bought. You may be thinking that companies such as Aviator, Bee and Tally-Ho have made decks that you have seen. However, all of those companies are in fact owned by the United States Playing Card Company.

Sometimes Cards Can be Surprising

Have you ever seen a film involving a spy and they have an object disguised as something else? You know, like a lipstick which folds out into a gun or something? Sometimes you can see some playing cards have similar features. For instance, the US government once engraved the middle of some playing cards with hidden maps for soldiers to use to help escape some war areas. This dates back all the way to World War II but it is still pretty cool.

It may be surprising to know that a deck of cards in Las Vegas only lasts around 12 hours before they get replaced. This may seem like a very short period but there is a good reason behind this. As mentioned before in this article, casinos are incredibly cautious about any kinds of cheating. Any kind of bend, scuff or crease on a card can help reveal its value to the player. Replacing cards constantly ensures that it is much harder to distinguish between cards thanks to a little mark on them. During busier periods, a deck of cards may only get to last an hour. This highlights how seriously casinos take their security measures. They can never be too careful.

Within a normal 52 deck of cards, the picture cards may contain some recognisable people on them. Often these cards contain figures of famous people throughout history. Julius Caesar has been seen as the King of Diamonds or Alexander the Great as the King of Clubs. This is pretty cool that legendary figures from thousands of years ago get to appear on playing cards in the modern day. There are more too. From Greek mythology, goddess Pallas Athena has often been seen as the Queen of Spades and Lancelot du Lac as the Jack of Clubs.

100 million Decks Get Sold Each Year

There are over 100 million decks of cards that get sold each year worldwide. That is a LOT of cards! If you work out how many cards there are made then that is over five billion cards sold each year. Roughly 20 million of these decks are getting sold to casinos. These are incredible figures and really highlights how high a demand there are for cards in the present day.