London / Culture / Film / About Bringing Back the Short Film

About Bringing Back the Short FilmBy Archie Johnston Stewart

There’s no denying it, when it comes to the way we think about, make and most importantly watch short films, the game is changing. Traditional excuse makers who lament the lack of opportunity to actually see these bitesize cinematic treats are increasingly finding themselves on shaky ground. True, the days of cinemagoers being entertained by the single-reel masterpieces of Chaplin, Keaton and Laurel and Hardy are nothing more than a distant memory, and you’re hard-pressed to find a commercial cinema that will even show a short before the main feature presentation in today’s studio driven, franchise saturated market… but the short film is definitely back on the map.

The changing way that film lovers seek out their audiovisual fare in the nebulous realm of online platforms has left Hollywood executives shaking in their boots, but has made content readily (and legally) available to the public. Film festivals – which only a few years ago refused to show shorts that were previously released online – have been forced, largely thanks to the Sundance Festival, to make their selections available to the masses. Coupled with the emergence of dedicated short film websites (the magnificent Short of the Week, The Smalls and Shorts International to name a few) mean that viewers are now only a google away from a plethora of engaging, challenging and (happily) coffee-break length offerings.

You only need to take a look at the 2014 BAFTA shortlist to see that the increasing availability of short films has led to a spike in both scale and interest. The five films feature a host of bona-fide film and TV stars – Mackenzie Crook, Maxine Peake and Downton’s Tom Cullen – and include a visit to outer space, the kidnapping of an MP’s wife and a challenging look at reality, played out by two men in a dingy cell. These films have attracted substantial budgets and attention from high profile actors for a reason: for the first time for decades, they have the chance of a significant audience.

Of course, there has been a backlash against the re-emergence of the shorter format, with traditionalists quick to argue that the form is rarely able to use brevity to its advantage – but if anything, the opposite seems to be true. Scintillating plots are delivered regularly, whether in John McLean’s mesmerising Pitch Black Heist or, in the simplest form, Phil Sansom’s The Black Hole (a YouTube must watch – supposedly shown to every film student as an example of the perfect short). What’s more, short filmmakers, free from the specific demands of sales companies and studios, are at the forefront of challenging accepted cinematic practice, particularly in the development of new animation techniques (Disney’s Paperman) and the mixing of live action and animation (Chris Shepherd’s The Ringer).

Digital media and changing distribution practices have put shorts firmly back on the map. With thousands of pioneering and life-changing gems a click away and a mini-renaissance of short film festivals and indie cinemas projecting shorts, there’s no excuse to not watch more. Dig in. Enjoy. 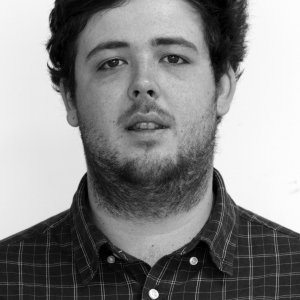 Archie Johnston Stewart is a part-time writer and a full-time cinephile. He currently works as a script editor and development assistant at a leading independent film production company and has recently produced three short films, Secret Heart, Guinea Pig and Ever Since. When not glued to a screen, he can be found tearing up the streets of North London on two wheels!