#SheStartedIt100: Top 10 Women to Watch in the Drinks Industry 2019By Francesca Brooking

Discover #SheStartedIt100: our definitive guide to the top 100 women to watch in the UK 2019. From media to technology, we’re giving you the run-down of the UK’s most exciting, dynamic female leaders to watch in 2019. This September, About Time is hosting #SheStartedItLIVE: our 1-day festival dedicated to female entrepreneurship and empowerment on Saturday 14th September 2019. Book your ticket here and take advantage our special ‘Best Friend’s Offer’ for 2-for-1 tickets. Women are taking the drinks industry by storm. From award-winning winemakers to one of the first women to ever get a beer sommelier qualification in the UK, here are the top 10 women to watch in the drinks industry 2019: 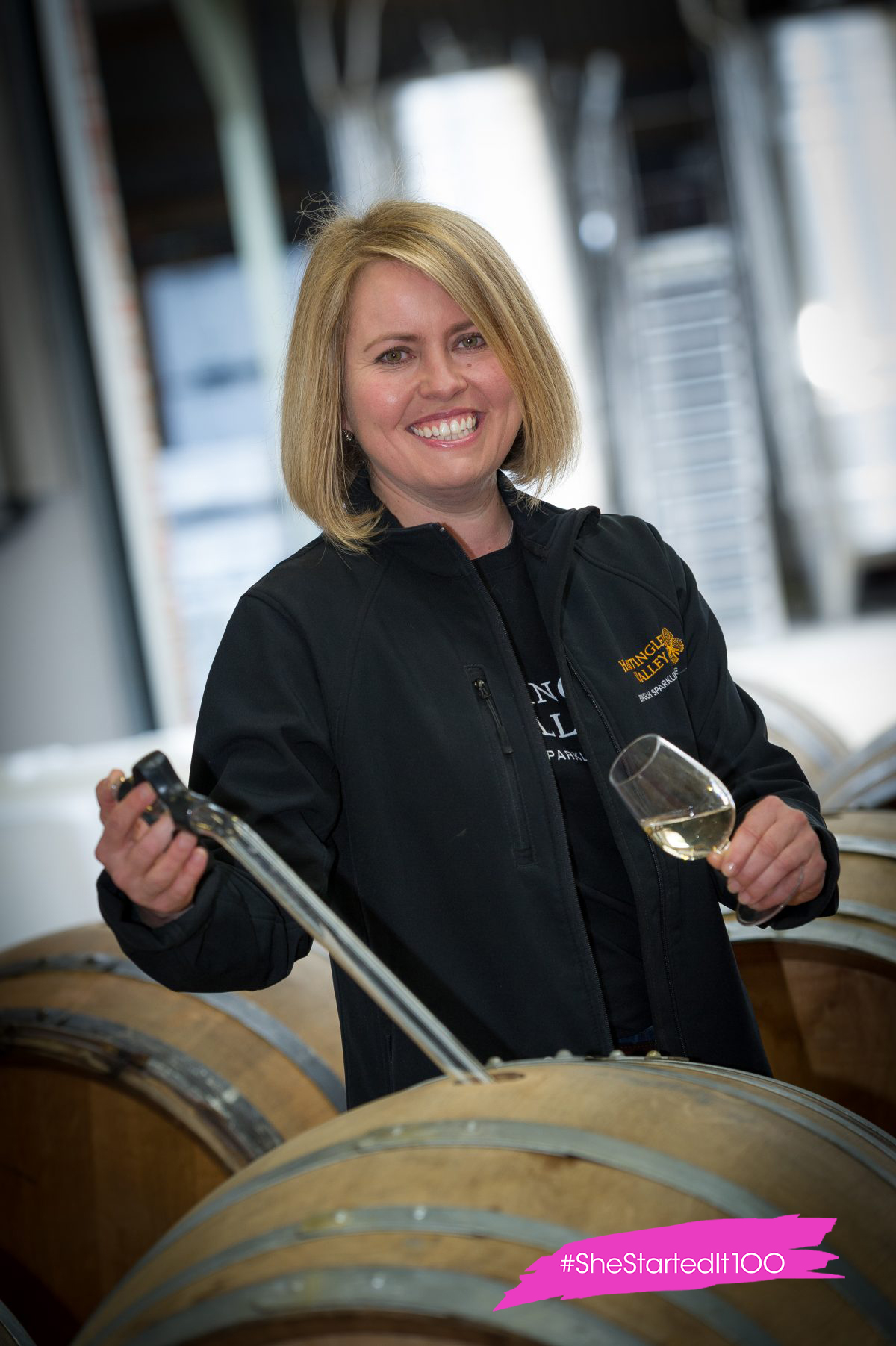 Her Story: Emma Rice was the first female of Winemaker of the Year in 2014 and then won it again in 2016. She is still head of the winemaking team and is responsible for Hattingley’s signature wines. She works in the lab on-site at the vineyard testing the acidity of the wine, meeting with clients and running the vineyard which she helped set up and plant over 10 years ago. She was on the first course of Viticulture & Oenology at Plumpton College and has worked at vineyards in both New Zealand and California. 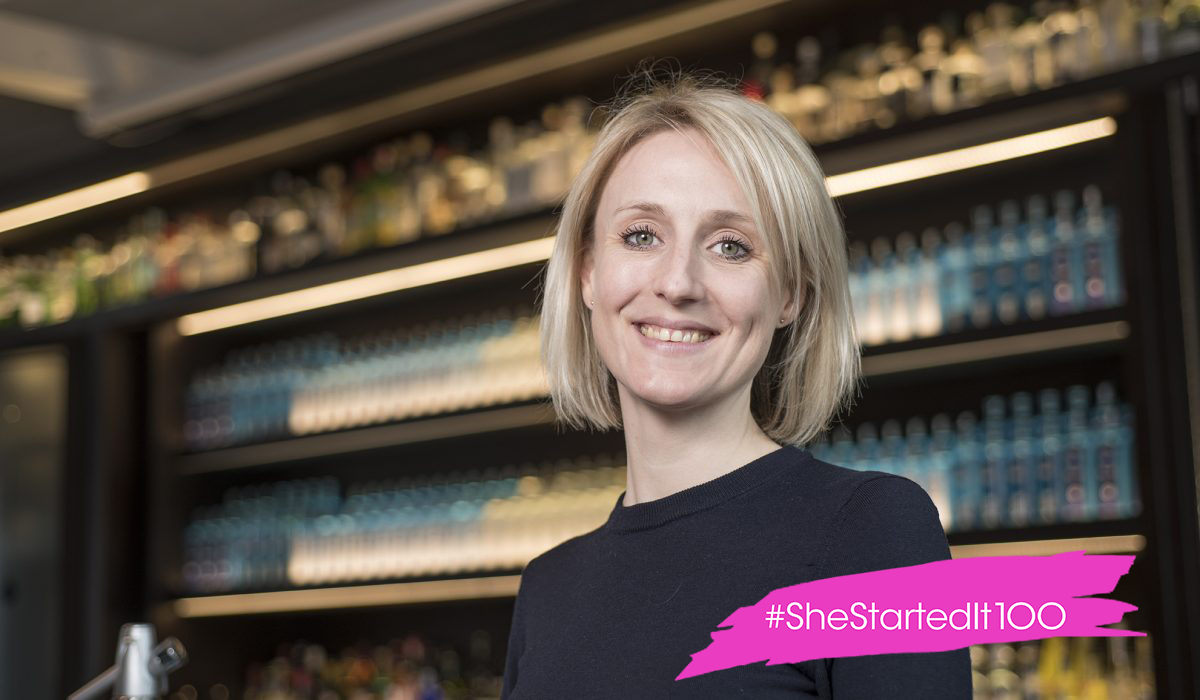 Her Story: Educated at Oxford University, Anne achieved a PhD in Organic Chemistry before embarking on a career as a gin distiller. Anne joined Bombay Sapphire as Master Distiller in September 2017. She now works alongside her team of 16 distillers to produce Bombay Sapphire, Bombay Dry, Star of Bombay and Oxley at the award-winning Bombay Sapphire distillery in Hampshire. As part of an innovation team, with Bombay’s Master of Botanicals, Ivano Tonutti, she is working to build a pipeline of Limited Editions for Bombay, the first of which was launched in 2019 – Bombay Sapphire English Estate. Anne is currently on the board of Directors at the Gin Guild and will become Grand Rectifier of the Guild in October 2019, an honorary position held for two years. 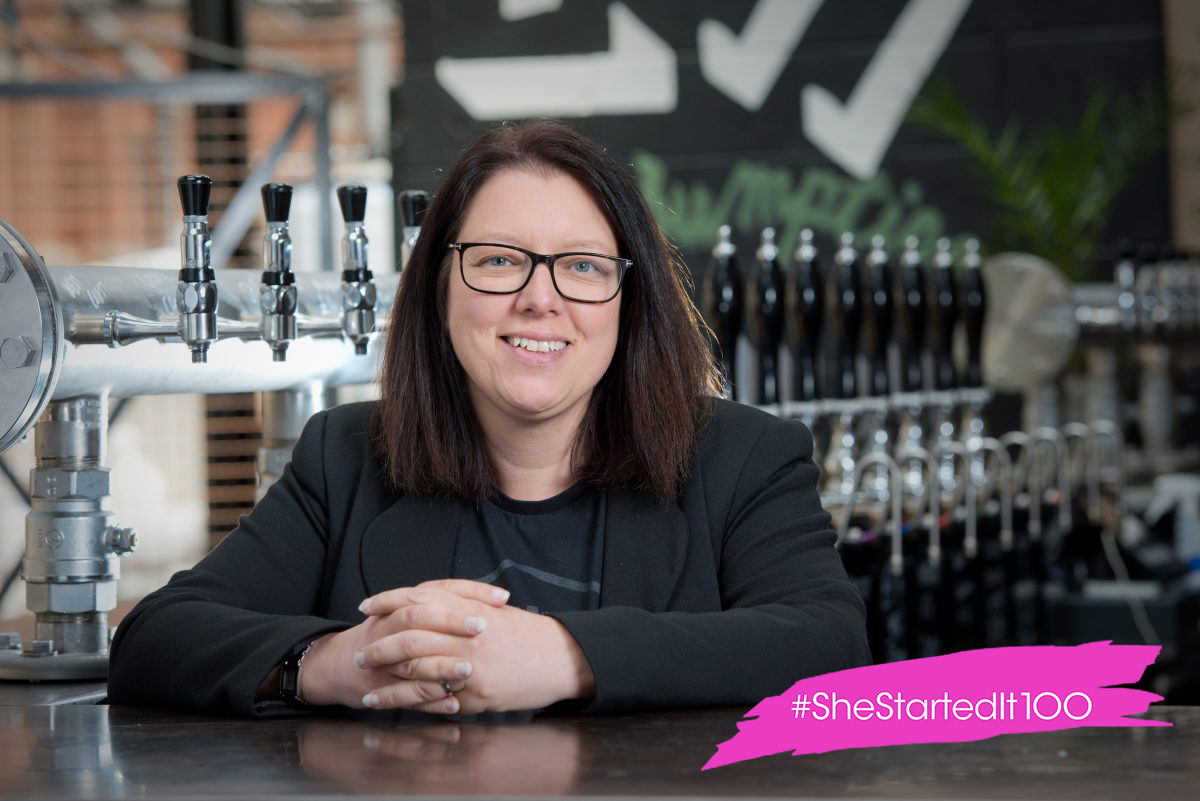 Her Story: Having studied Chemical Engineering at Newcastle University, Julia started a career at Johnson Matthey in the ceramic glazes division before moving on to become a Paint Engineer for Nissan. An inspirational trip to Vancouver led to Julia finding her passion in the brewing industry in 2011 which eventually turned into founding the independent cask ale house Tyne Bank Brewery. As a female founder in a male-dominated industry, Julia continues to be an advocate for young women. Having crowdfunded in 2016, the support from local businesses and the public proved astronomical in the brewery’s expansion into larger premises positioning the brewery as a go-to events space and bar venue. 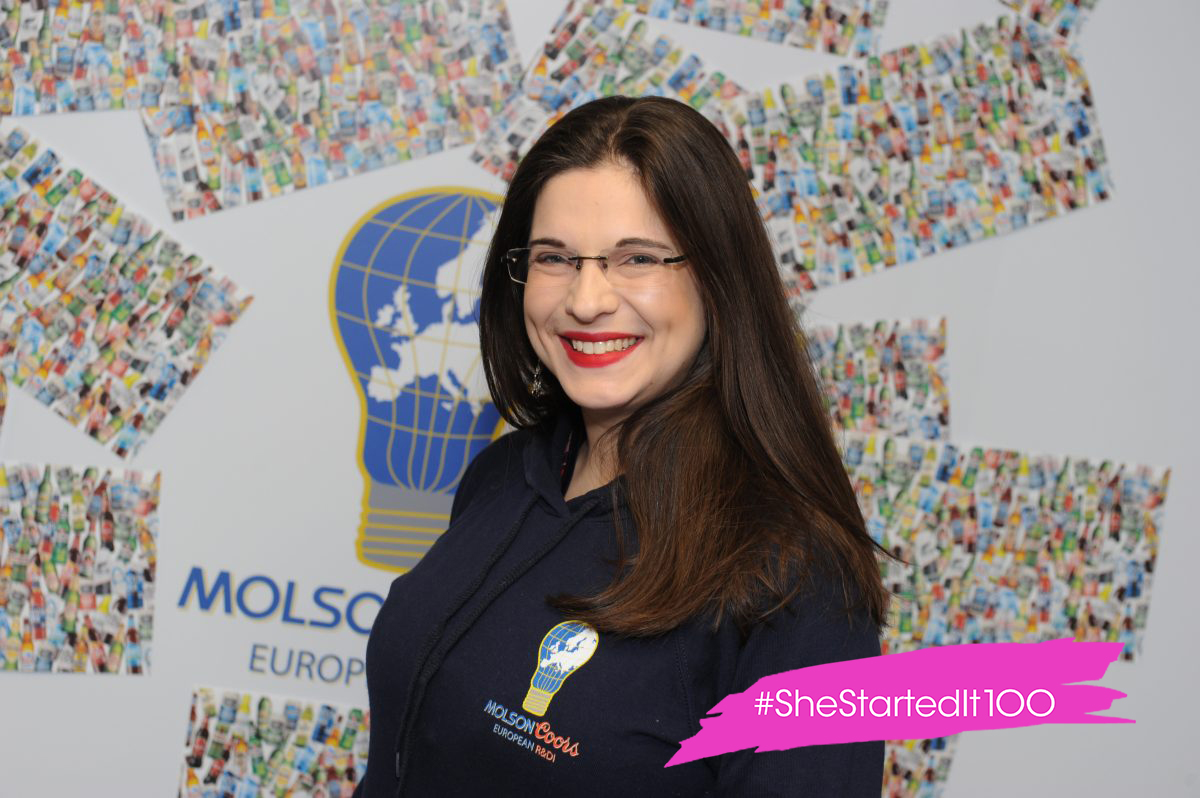 Her Story: Genevieve was one of the first women in the UK to receive the beer sommelier qualification. Working at Molson Coors she progressed quickly from trainee to master brewer and owes her success to her voracious curiosity to discover each beer’s flavour profile and story. Her appetite for learning led to the beer sommelier qualification and she is one of few women in the UK to hold the title. Championing the category, she is excited for the next generation of female brewers. For Genevieve, the most satisfying thing about holding the sommelier qualification is the detailed knowledge she’s able to draw in new beer drinkers and she believes that there’s a beer out there for everyone. 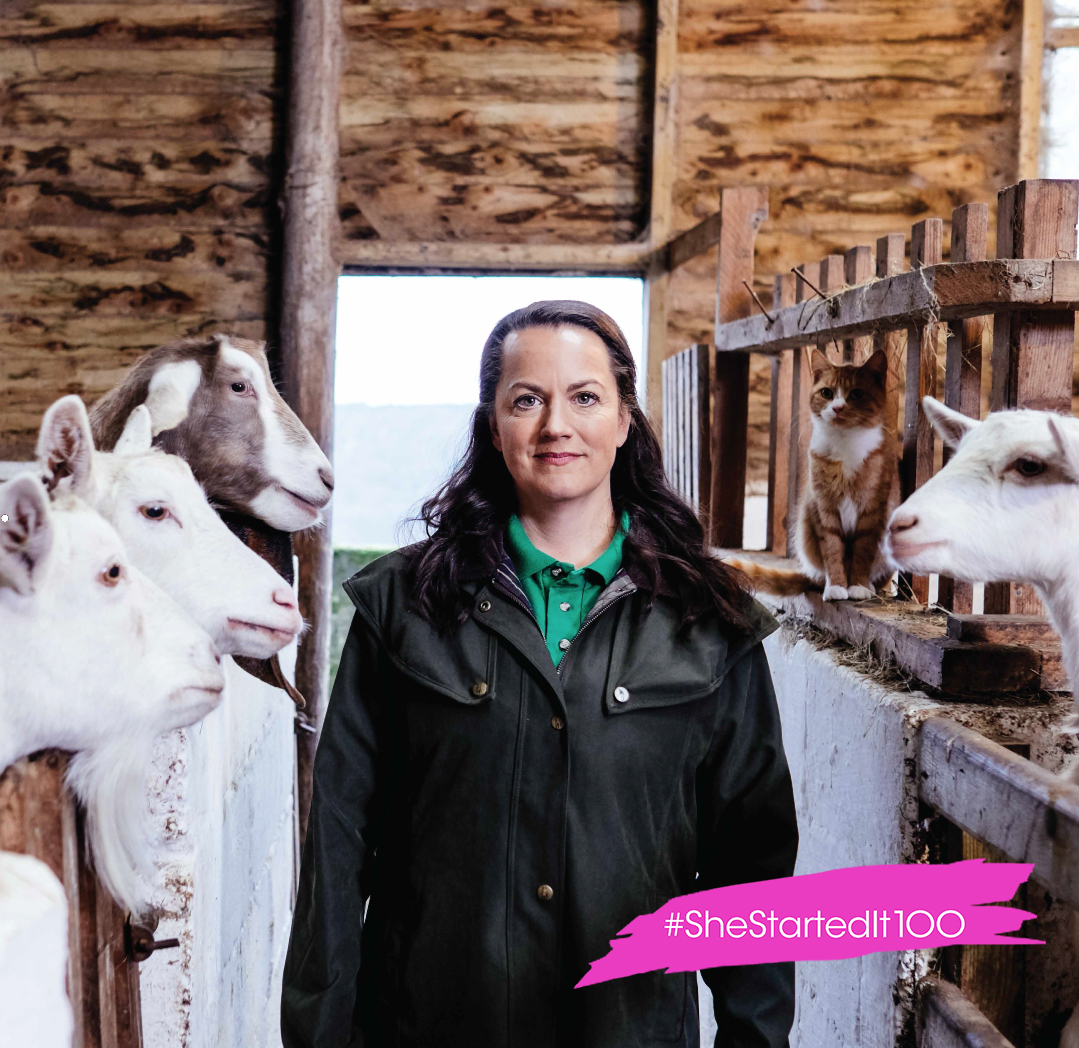 Her story: Shann and her husband discovered the benefits of live active kefir when they were looking for a solution for their little boy Benji’s eczema, and her husband Richard’s antibiotic-resistant MRSA infection. With no previous business experience or financial funding, farming couple Shann and Richard sold Rich’s motorcycle to buy bottles for their goat’s milk kefir when they started their family business on their farmhouse kitchen table in 2014. Today they offer a range of natural gut-health products including cutting-edge Microbiome Testing. Last year, the company scooped the Best New Dairy Drink in the World accolade for their goat milk kefir. 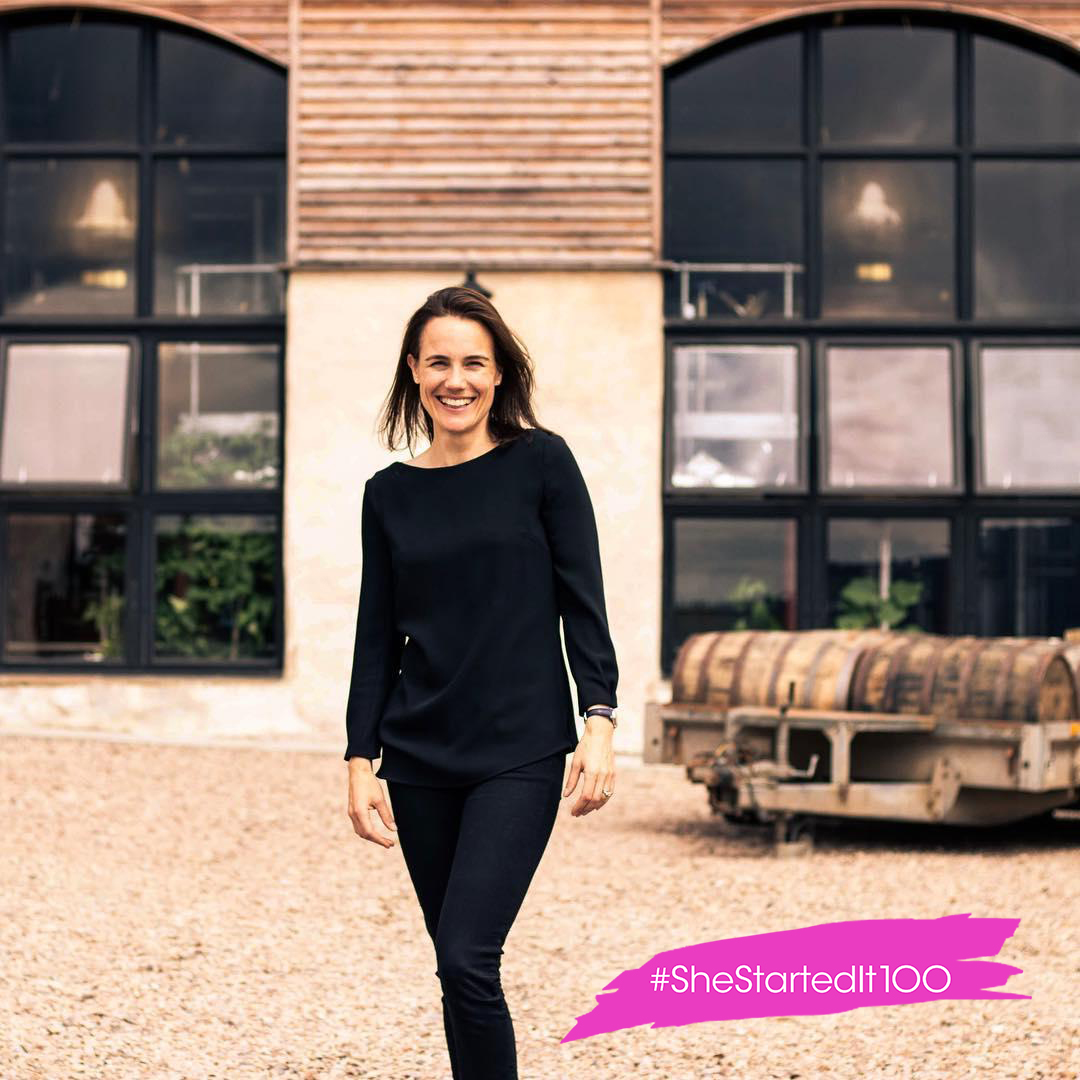 Her Story: Annabel wanted to challenge the way distilleries do things, so set about creating her own distillery from scratch on a wild west-coast estate in Scotland. The distillery uses its own pure spring water, all energy comes from renewable sources, and they recycle waste through the warehouses – and then the leftover grain feeds the cows that roam the wild landscape. Every inch of Ncn’ean’s ethos is weaved together with sustainable processes. With the drinks industry as a whole still behind the times when it comes to considering the environmental impact, Ncn’ean is a disrupter, and since its inception in 2012, it has pioneered a thirst for sustainable and organic spirits. It’s also proud to be named the first 100% organic scotch whisky distillery in Scotland. 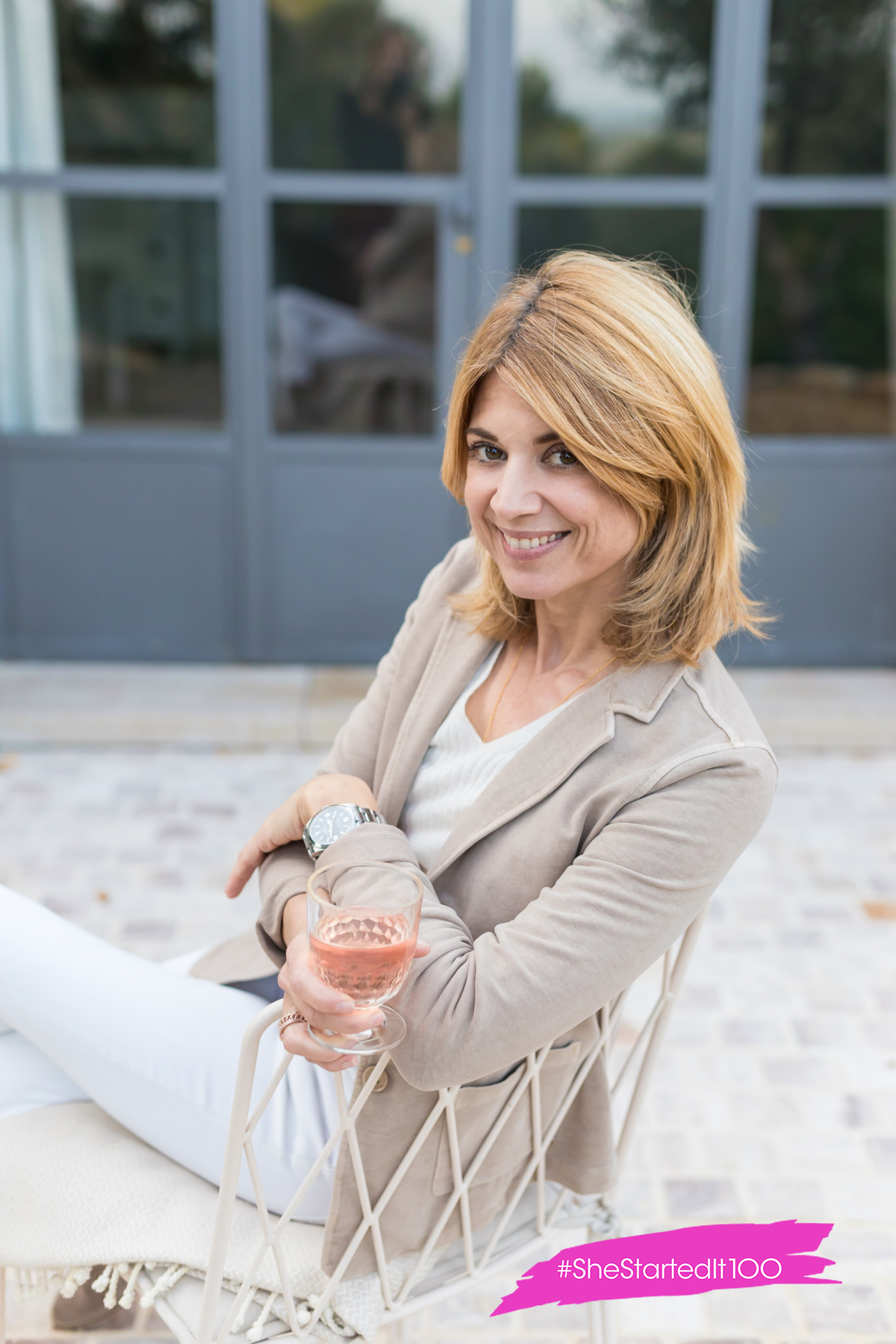 Her Story: Co-owner of the award-winning rosé brand Mirabeau en Provence, Jeany Cronk, after years of dreaming and scheming with her husband, Stephen, left South London to embark on a winemaking venture in Provence. With three young children in tow, they leapt into the unknown with impressive results. Owing their success to their big ambitions to create a world-class rosé wine, and willing to challenge established wisdom, they founded Mirabeau in 2010. They embarked on the ultimate family adventure and created one of the world’s most loved brands of rosé, winning a multitude of prestigious industry awards along the way. 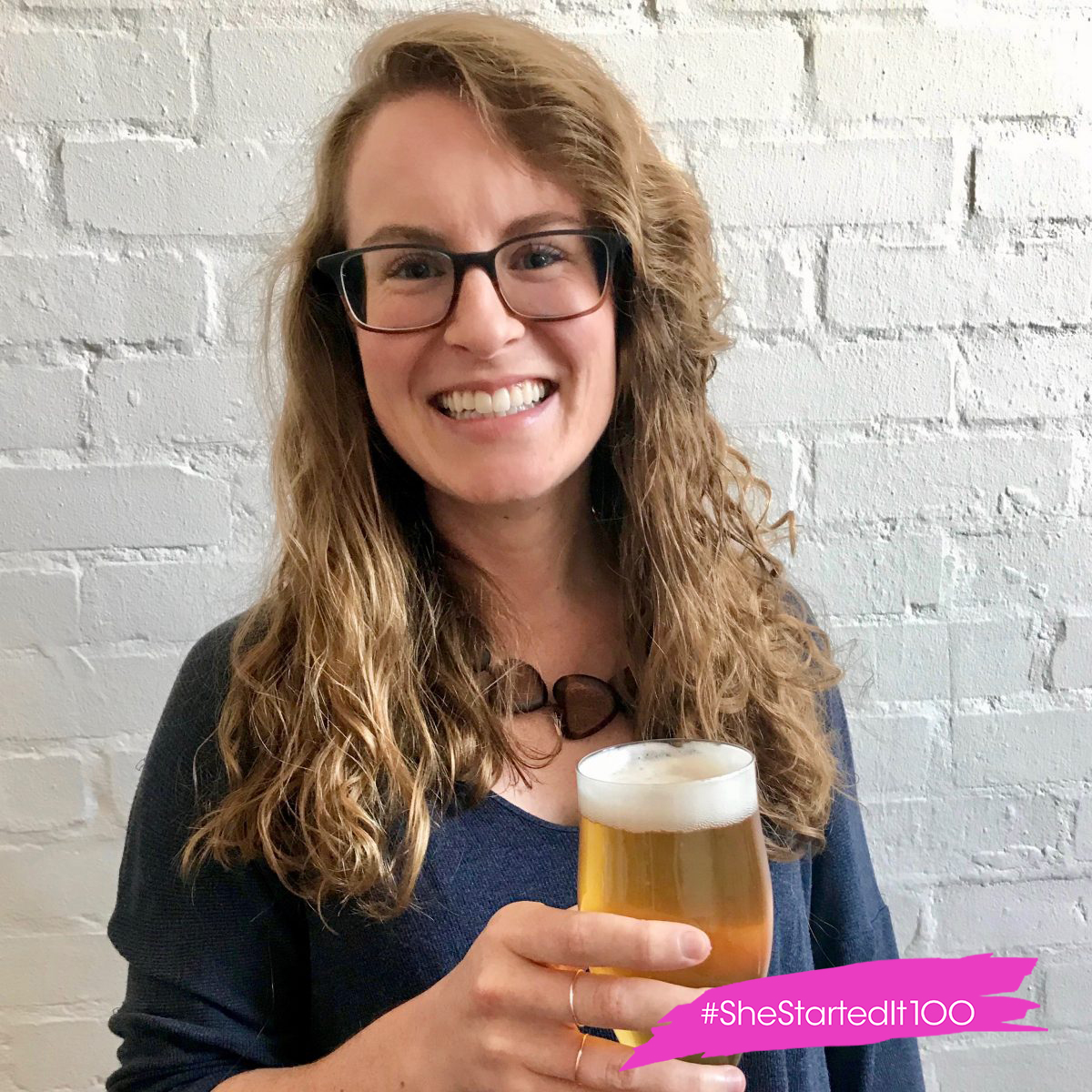 Her Story: Natalya Watson is a Beer Sommelier and Certified Cicerone, passionate about sharing her knowledge of beer with others. She developed a passion for beer, visiting bars, breweries and bottle shops across NYC. She formalised her beer education through the Cicerone program and started a blog with her friends. She began teaching at the Beer & Cider Academy and judging at beer competitions. She then launched her podcast Beer with Nat to help shine a spotlight on the incredible women in the beer industry she was meeting along the way. Honing in on her passion for educating others, Natalya recently set up her own business, Beer with Nat, centred around training, consultancy, and events. 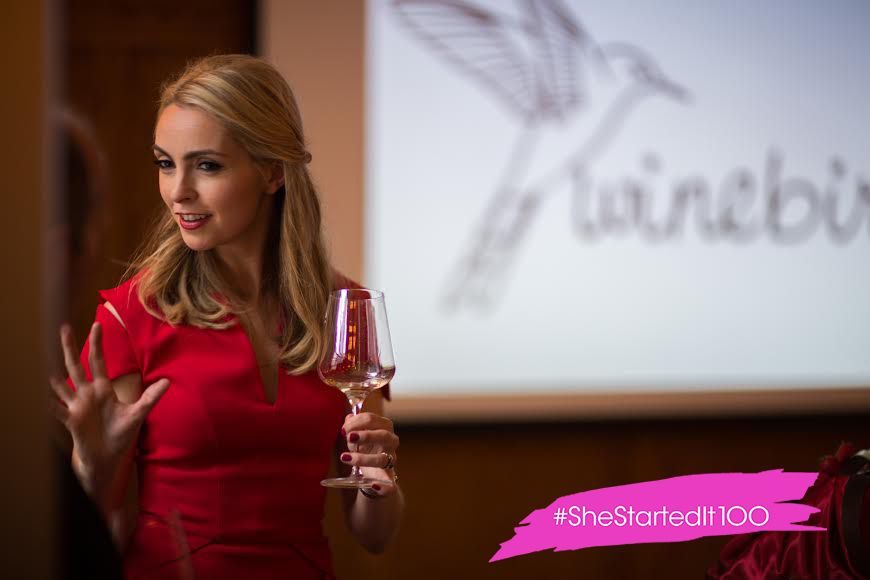 Her story: Helena Nicklin is leading the charge when it comes to women making wine and spirits shine on the small screen. Alongside her writing, in the last 12 months, she has co-produced and co-presented a global, infotainment-style TV series on Amazon Prime called The Three Drinkers Do Scotch Whisky, now live in 167 countries and territories. With more series to come in 2020 encompassing wine, spirits, beer and non-alcoholic beverages as well as the launch of her own digital content production company for drinks brands, merchandise, books and drinks products, she is certainly a woman to watch. 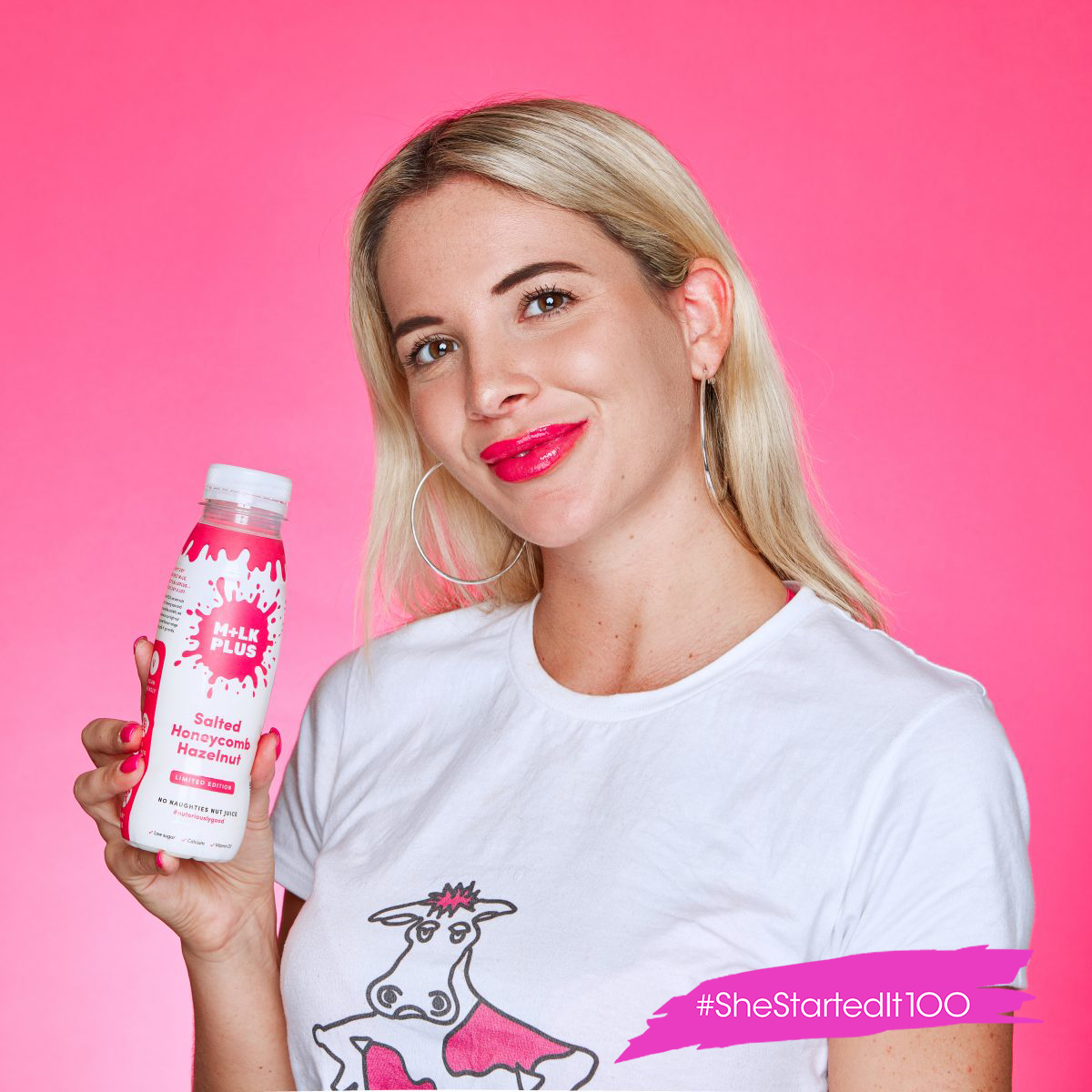 Her Story: In 2017, law graduate Camilla from Blackburn spent a year in Australia after uni and worked on a dairy farm for three months in the autumn, with a view to extending her VISA for another year. However while away Camilla developed an intolerance to dairy and when she returned to England decided to do something about this, resulting in launching M+LKPLUS finding no other on-the-go mylk alternatives on the market… Founder Camilla Ainsworth, runner up from The Apprentice 2018, set up M+LKPLUS to appeal to everyday consumers looking to cut down on their everyday dairy consumption. The products launched in Holland & Barrett the day after the final of the Apprentice and her product can be found in 645 stores. 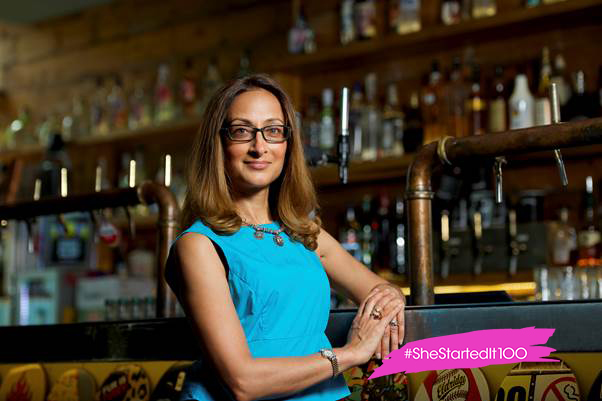 Her Story: Ounal worked in brand marketing and innovation roles for some of Britvic PLC’s best-loved brands like Fruit Shoot, J2O and Pepsi for five years. She identified a gap to explore and innovate for the premium, on-trade market and after six months investigating start-ups and brand models, she proposed the idea of setting up WiseHead Productions as an incubator company to create drinks for adults who seek quality drinking experiences. As co-founder of WiseHead,  Ounal is responsible for the growth of its brands Monte Rosso, T&E No.1 and The London Essence Company – the world’s first skilfully distilled and delicately light mixer. Ounal operates with a strong belief that fostering great innovation requires focus, determination and teamwork.