#SheStartedIt100: Top 10 Women to Watch in Food 2019By Mayola Fernandes

Discover #SheStartedIt100, our definitive list of the top 100 women to watch in the UK 2019. From tech to media, all this week we’ll be giving you the run-down of the UK’s most exciting, dynamic female leaders to watch. This September, About Time is hosting #SheStartedItLIVE: our 1-day festival dedicated to female entrepreneurship and empowerment on Saturday 14th September 2019. Book your ticket here and use the code ‘Angelica50’ for half price tickets this week only. Today, discover our top 10 women to watch in the food industry 2019: 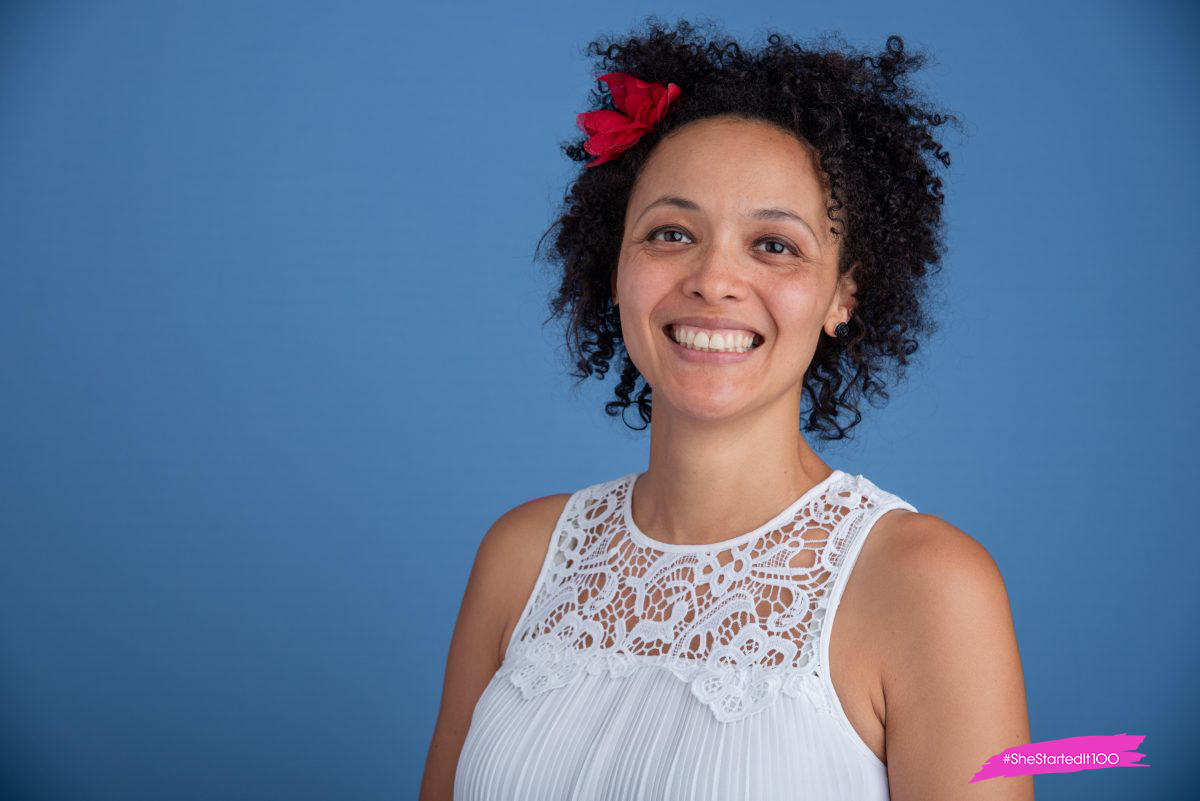 Her Story: With a background in holistic therapies, Sophia set up Amma Life – a pioneering UK CBD company – in 2014. Offering a range of CBD products from herbal teas to luxurious body creams, Sophia is working to develop further innovative CBD infused items which include food and drink products and adding to her already established skincare line. Sophia is the first woman to become CEO of a CBD company, the fastest growing market in the UK. 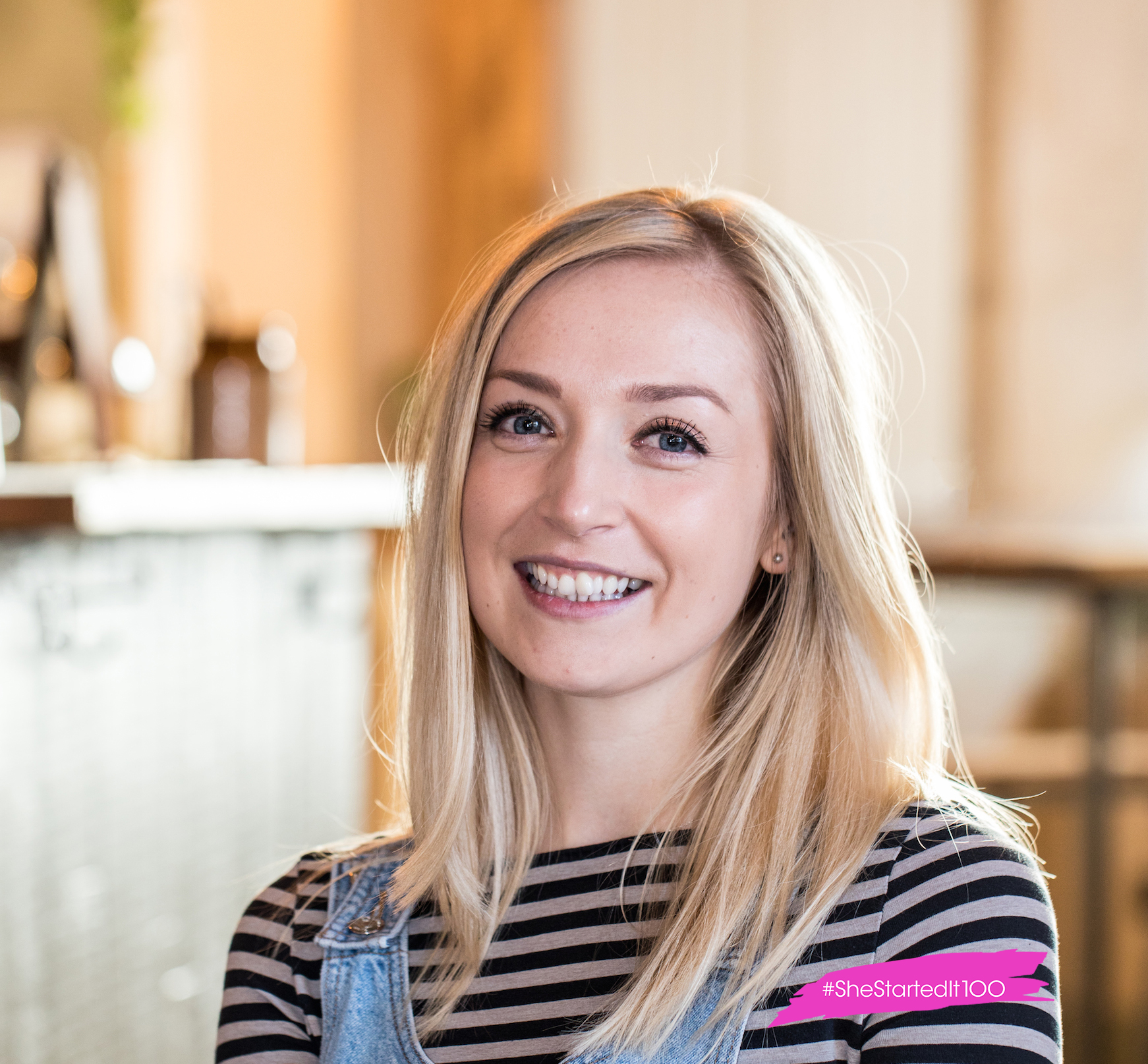 Her Story: Raw Halo believe chocolate should make you feel good. That’s why they make delicious vegan, raw chocolate bars from ethically sourced, plant-based ingredients, sweetened with coconut sugar and sustainably wrapped. Founded in 2015 by vegan entrepreneur, Meg Haggar, 2019 sees Raw Halo launch a vibrant new look and entirely recyclable, plastic-free packaging, along with new flavours, formats and listings in Waitrose, Ocado and Holland & Barrett. Meg launched Raw Halo in 2015 after deciding to move from a successful career in corporate HR into the world of entrepreneurship. After adopting a refined sugar free diet back in 2012, Meg was inspired by her passion for eating well, and combined with her love of chocolate, the idea for Raw Halo was born: healthier, more natural, better-quality chocolate made from organic plant-based ingredients. 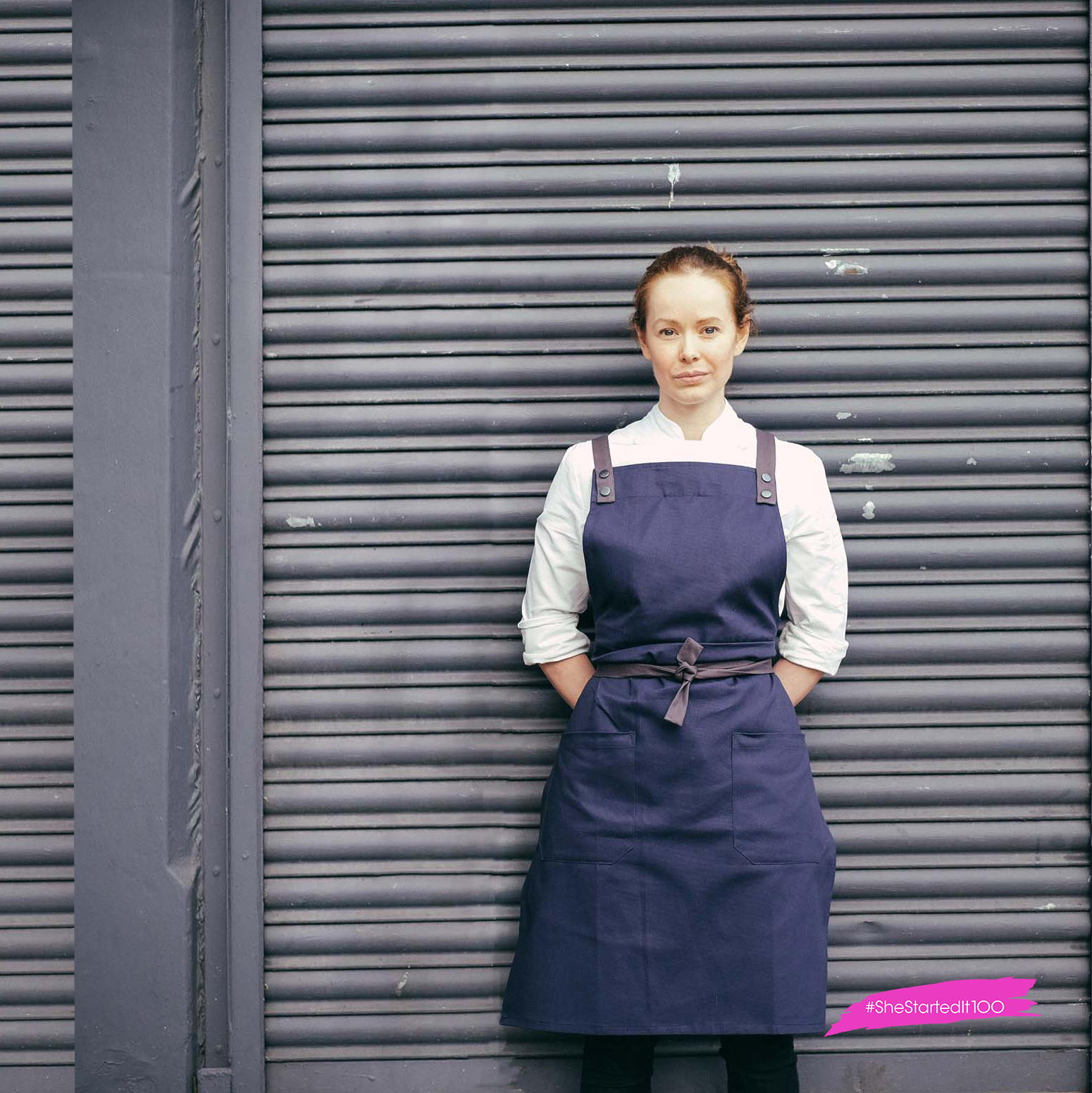 Profession: Co-owner and Head Chef of The Little Chartroom

Her Story: Roberta Hall-McCarron opened her first restaurant, The Little Chartroom in June last year. From 16 she’s pushed herself to learn from the best and graft in some tough kitchens. Aged 22 she moved from Scotland to work at The Burj Al Arab in Dubai doing over 200 covers daily, as well as being the only woman in the 17 strong brigade. Roberta went to work for Tom Kitchin at his Michelin starred restaurant and then opened Castle Terrace with Dominic Jack and worked as head chef. Since opening The Little Chartroom she’s received a 10/10 review from critic Joanna Blythman as well as glowing reviews from Marina O’Loughlin, Grace Dent and Nicholas Lander. She was awarded the YBF Best Chef accolade last year as well as securing a listing in the 2019 Michelin Guide. The restaurant has also been named one of the UK’s Top 100 at the Estrella Damm National Restaurant Awards, won an Edinburgh Restaurant Award for Best Newcomer and an Eating & Drinking Award from The List Magazine. Watch out for Roberta at London’s Meatopia in August this year, where she will be flying the flag for Edinburgh with her dish of ox tongue and beef haggis oat taco, spicy romesco and smoked bone marrow. 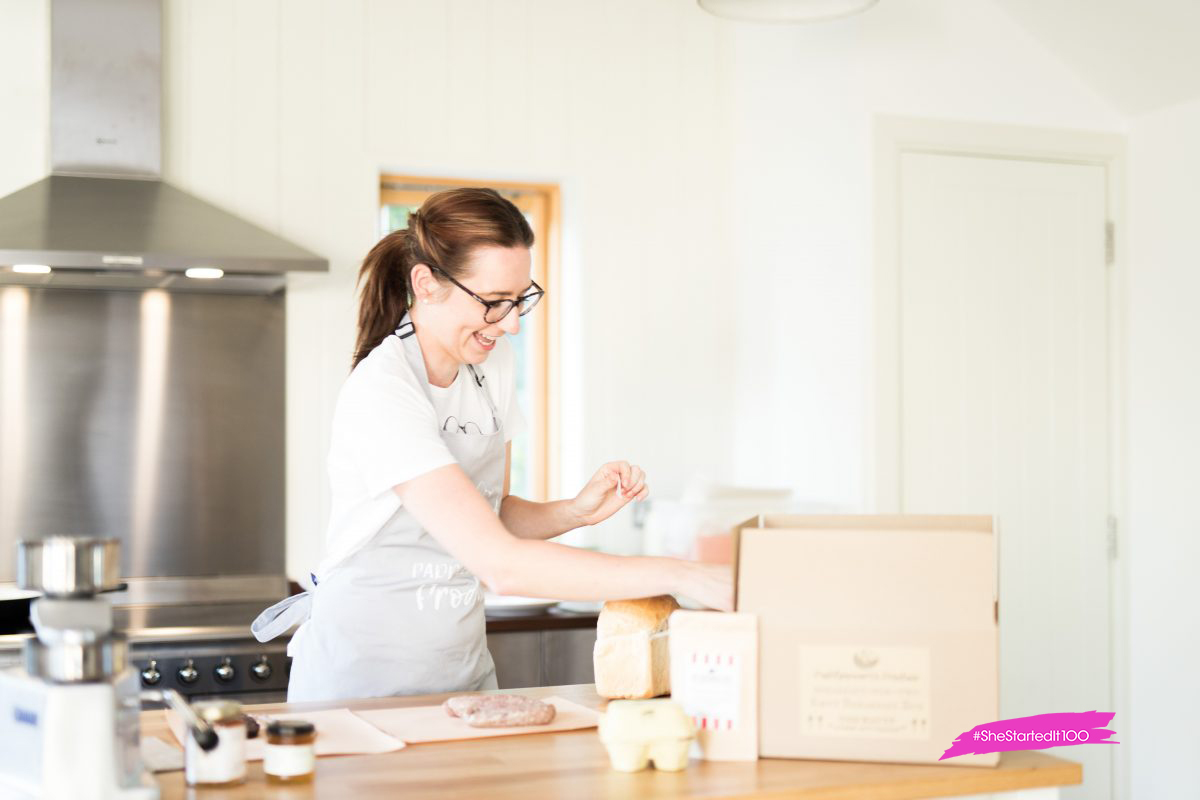 Her Story: Katie Anderson is a townie turned farmer, who started her own business Paddlesworth Produce in January 2019. She created the business as she wanted to help consumers across Britain to conveniently purchase delicious, free-range, Kentish food and drink directly from small farmers and artisan producers. The produce is sold in Breakfast Boxes, BBQ Boxes and Sunday Roast Boxes for free delivery nationwide. Katie didn’t simply want to create another online supermarket, there were a few core values that she knew had to stand by throughout the entire business. Katie subsequently produced the Paddlesworth Produce Promise where she stated that all and drink sold on the website must be free-range, plastic-free, produced in Kent and containing only natural ingredients. To create the boxes, Katie works closely with nine local farmers, three independent butchers, two artisan bakers and over fifteen other small businesses, who are all based within the beautiful county of Kent. Having worked hands-on on farms for over five years and in marketing for eight years prior, she is able to to combine her skillset to ensure that the best British produce is finding its way into kitchens across the country. 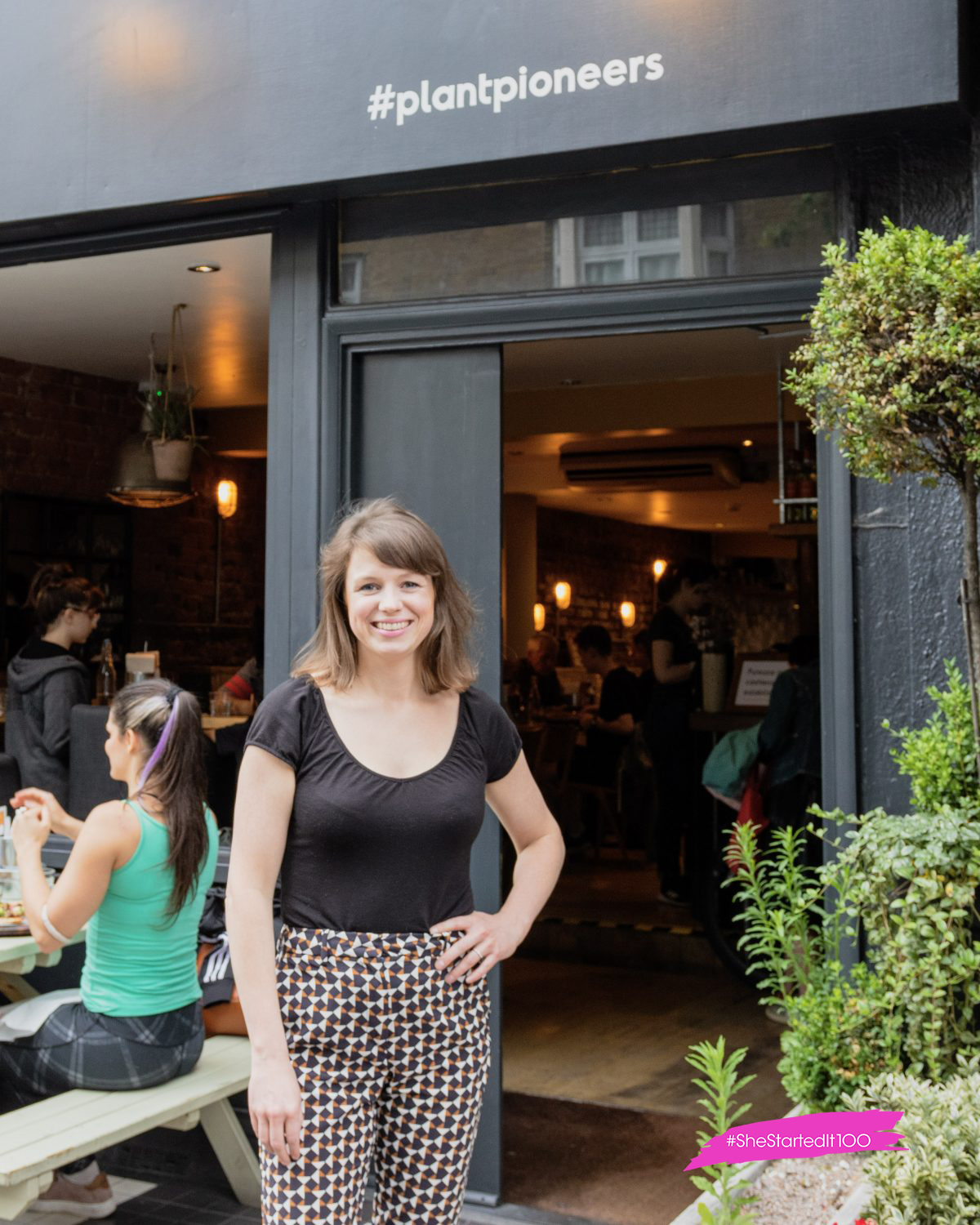 Her Story: Mum of two, plant-based eater and Jack & Bry Founder, Bryony Tinn-Disbury wanted better plant-based choices to give to her family who are all meat eaters. Pepperoni pizza was top of the list, so she spent over a year with her team creating Jackfruit Pepperoni, free from soy, gluten and palm oil. Bryony has always had an entrepreneurial streak, before founding Jack & Bry, she was director at Lilly Loray, a retro homewares brand that launched into Libertys and Heals. She was also a freelance brand strategist and TV producer, working for big name brands to help them cultivate their messaging, target audience and reap the results. Jack & Bry today has just launched into the number one award winning all vegan pizza restaurant in London, Purezza and has also received record investment. It’s definitely one to watch! 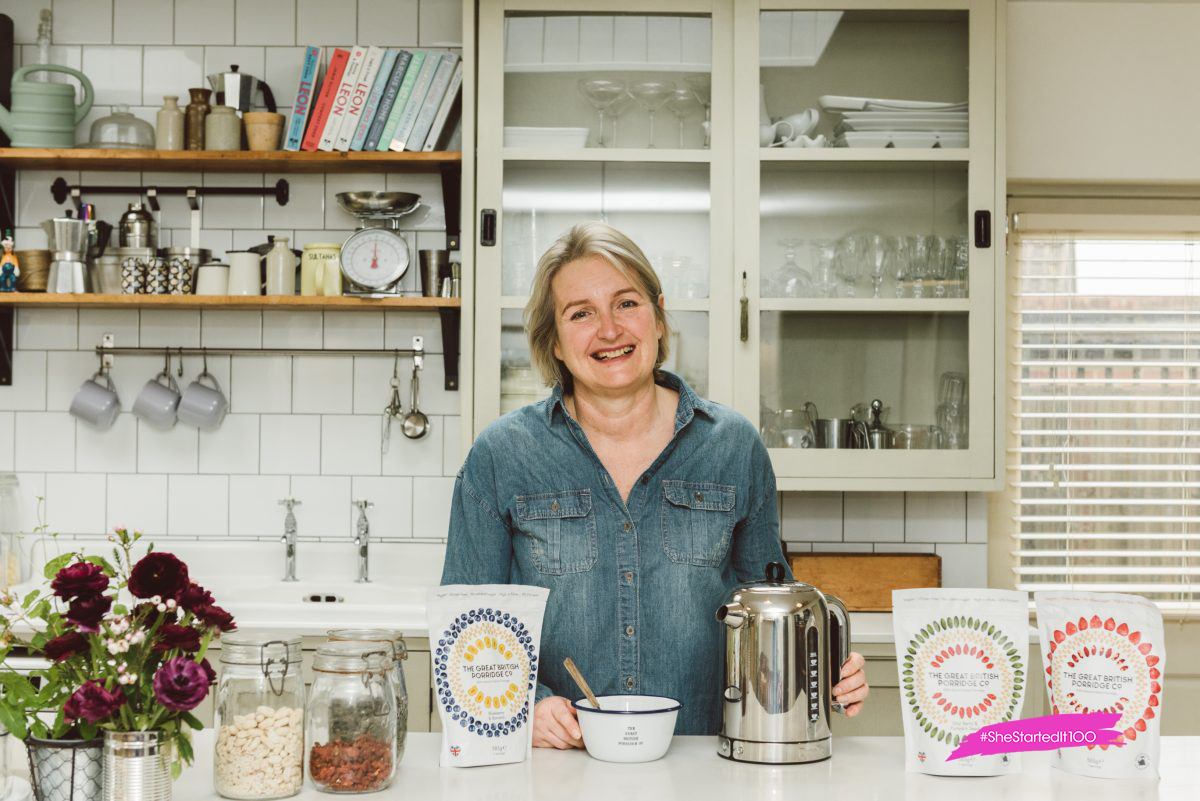 Her Story: Jacqueline is a retiree who in January 2018 launched her own business. She’d never done anything like this before, having retired some years earlier. She had no experience of running a business but in just a year she’s gained listings with Harvey Nichols, Selfridges, Fenwick and Wholefoods and exports her 100% natural, no added sugar, vegan and gluten free instant porridges to 5 countries. She is about to launch into two major supermarkets this summer. Her inspiration for her business came during her menopause as she switched her diet to improve her menopause symptoms. She saw the benefits that healthy eating could bring and decided to launch a nourishing and healthy breakfast that would give others a great start to their day, however much time they had. 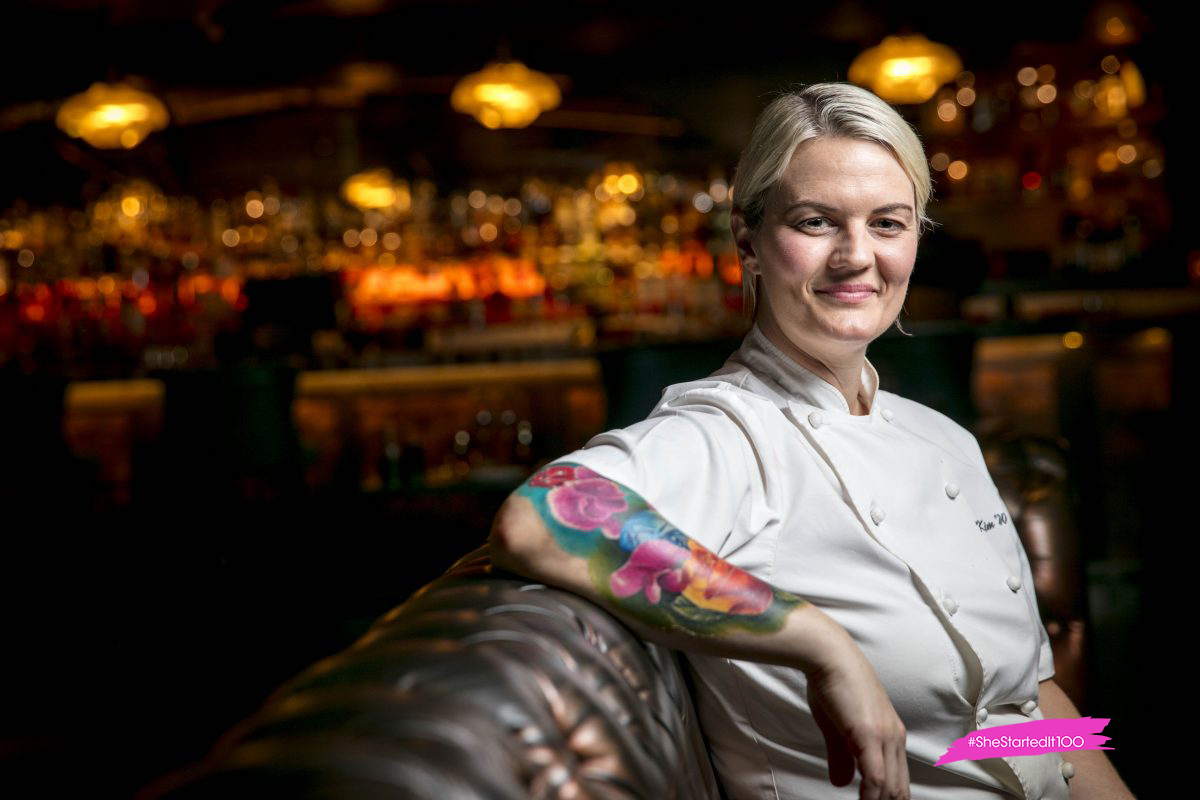 Her Story: Kim Woodward is the Executive Head Chef at Soho hotspot and she is known for breaking down gender barriers in her previous role as the first ever female Head Chef at the Savoy Grill in its 126-year history. Her impressive 20-year career has seen her learning the ropes in the US before returning to the UK to join the Gordon Ramsay Group. Before joining 100 Wardour St to put her own unique twist on the menu, also made a name for herself on TV, appearing on MasterChef: The Professionals, BBC’s Great British Menu,

Her Story: Sarah finished school in 2004 and moved to London to pursue her dream of becoming a pastry chef and chocolatier. She enrolled on a pastry apprenticeship at Westminster and got her first job working for Michelin starred Angela Hartnett at The Connaught. Her sous chef at the time, Neil Borthwick then recommended that Sarah applied for a role at William Curley where she began as a commis chef and over a period of six and a half years worked her way up to become Head Patissier. ​2013 found Sarah looking for a new challenge in the pastry industry. Being a frequent visitor to the Michelin starred Yauatcha restaurant in London she jumped at an opportunity to run the pastry and chocolate section there. She started as the Head Pastry Chef for Yauatcha Soho, adding Yauatcha City to this when it opened in May 2015. Following three exciting years at Yauatcha, Sarah was 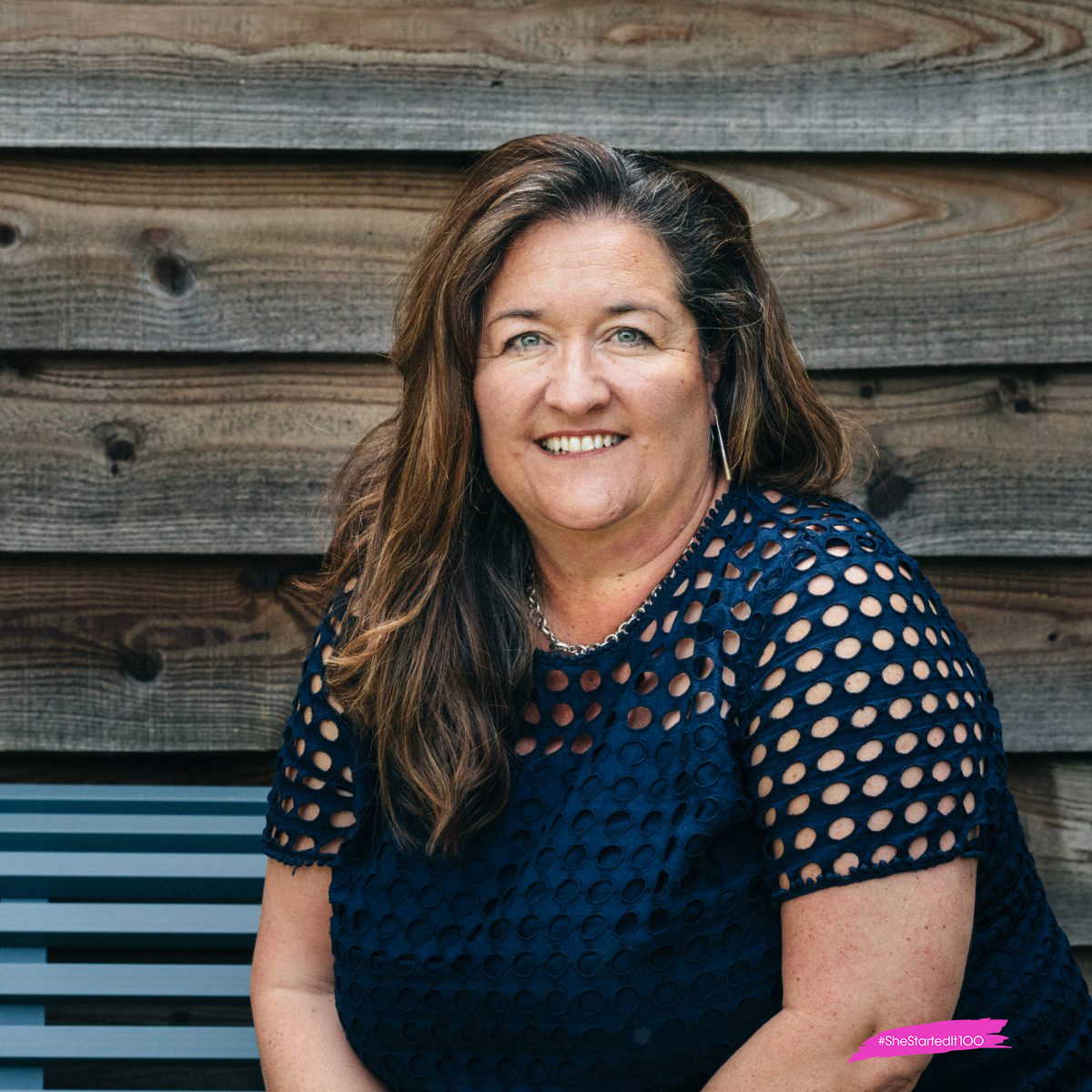 Her Story: Wendy Wilson-Bett was previously General Manager of Cadbury World at Cadbury Schweppes at the age of 27. She climbed the corporate ladder, taking responsibility for a very successful team of people, but realised that success to her was happiness and creativity, not seniority. She went to work full-time in a Swedish bakery business where she instantly fell in love with the Swedish baking methods. This then led her to head to Scandinavia on a research trip, learn all about what Nordic baking really meant, meet her business partners and set up Peter’s Yard. As well as now being a co-owner of Peter’s Yard, she is also a co-owner of Shipton Mill, Celtic Bakery and The Soderberg Bakery. They now have 12 varieties that are stocked in over 2000 independent delicatessens, cheese shops, specialist shops and farm shops including Fortnum & Mason, Selfridges and Harvey Nichols. At the Great Taste Awards last year, all 12 of their recipes were recognised, as well as four of Peter’s Yard products winning 2 gold stars. 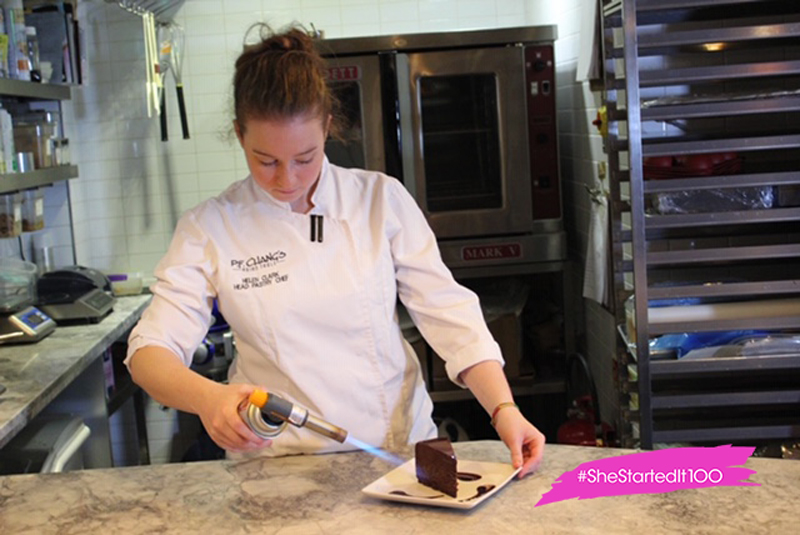 Her Story: Aged just 27, Helen Clark launched the Pastry Lab at the first PF Chang’s in London. She has been an integral part of the team since the pan-Asian restaurant opened in 2017 taking desserts to the next level. Helen’s deserts marry British and Asian flavours with sample dishes including Kaya French Toast, Banana Spring Rolls and the signature White Chocolate Bomb. Helen is a talented Pastry Chef with specialisms in bread, sugar and chocolate techniques, viennoiserie and plated desserts, bringing a breadth of experience to her role at PF Chang’s Asian Table. Having completed her Diploma in Patisserie at Le Cordon Bleu in London 2015, she has since held positions at The Ivy location and Michelin-starred La Trompette.

Inspired by these amazing entrepreneurs? Join us for #SheStartedItLIVE: our 1-day festival dedicated to female entrepreneurship and empowerment on Saturday 14th September 2019. Book your ticket here and use the code ‘Angelica50’ for half price tickets this week only.