#SheStartedIt100: Top 10 Women to Watch in Charity 2019By Francesca Brooking

Discover #SheStartedIt100: our definitive guide to the top 100 women to watch in the UK 2019. From media to technology, we’re giving you the run-down of the UK’s most exciting, dynamic female leaders to watch in 2019. This September, About Time is hosting #SheStartedItLIVE: our 1-day festival dedicated to female entrepreneurship and empowerment on Saturday 14th September 2019. Book your ticket here and take advantage our special ‘Best Friend’s Offer’ for 2-for-1 tickets. Today, we’re introducing the top 10 women to watch in the charity sector. From donating pre-worn wedding dresses to end child marriages by 2030 to providing support for sexual assault survivors, here are the top women to watch in charity: 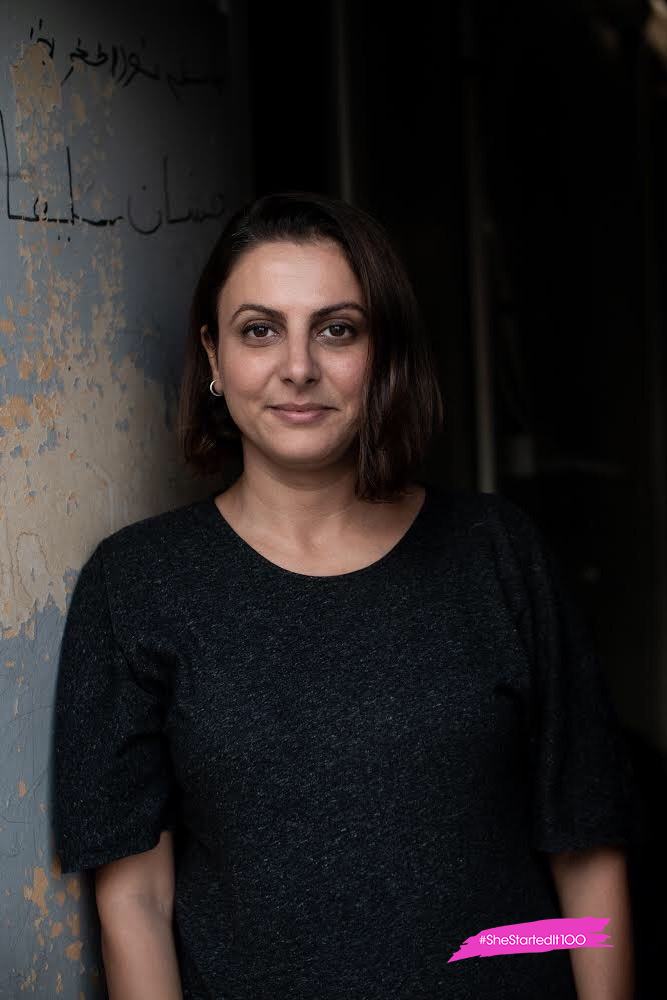 Profession: Founder of The Lotus Flower

Her Story: Taban is a child genocide survivor whose family narrowly escaped being killed by Saddam Hussein’s regime. After the family moved to the UK she built a successful career for herself at an Investment Asset Management firm whilst raising her son. She began to feel guilty about the suffering of those still in the region she left behind and returned to the area to do humanitarian work in 2014. Taban founded non-profit, The Lotus Flower in 2016, a charity committed to helping women and girls impacted by conflict and displacement, giving them a future by improving their economic, social and cultural chances in life and has helped over 7,500 women and girls to date. 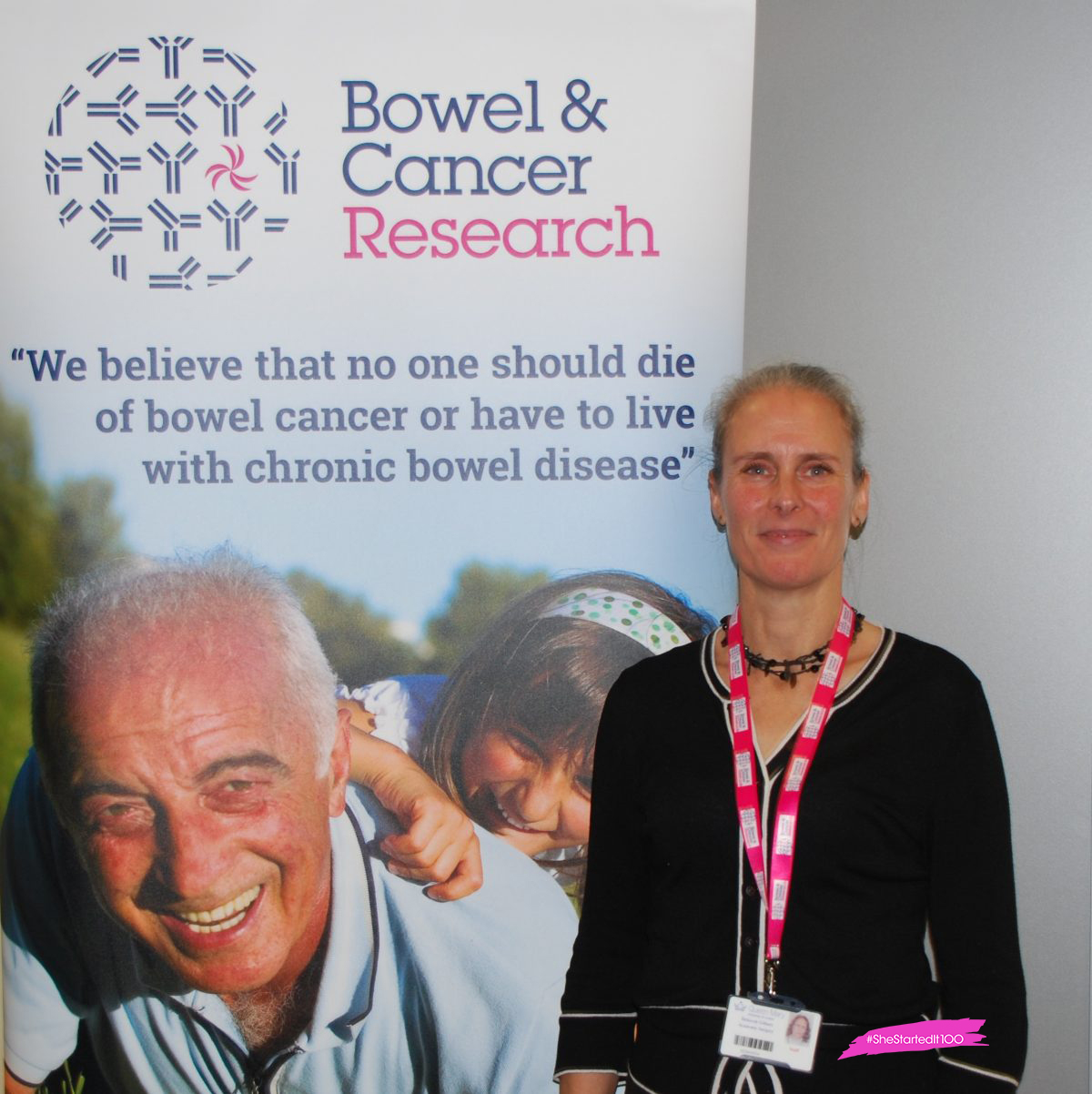 Her Story: Deborah has worked at Bowel & Cancer Research since 2007, first as Development Director and from 2011 as Chief Executive. Her commitment to the sector comes from a passion to make a difference to other people, to improve people’s lives and give people who may be isolated the sense that they are not alone. The charity has grown from a local, hospital-based organisation to a national funder of the best science and has become a member of the Association of Medical Research Charities. 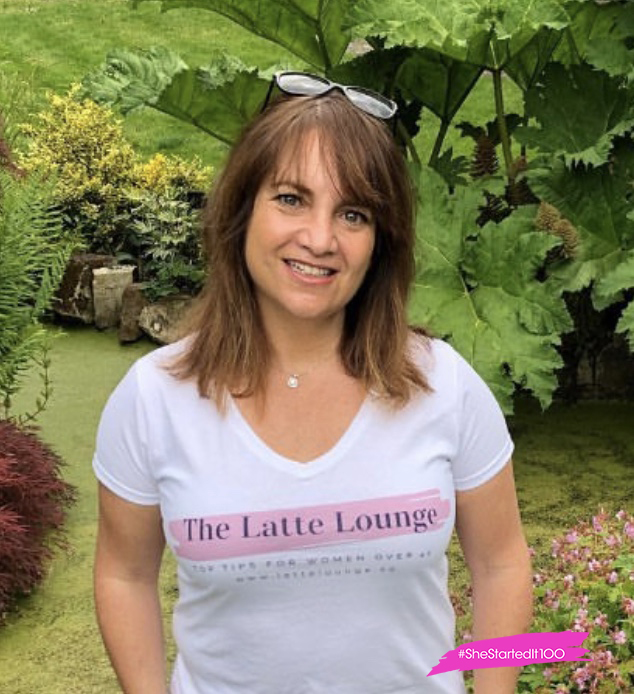 Profession: Founder of The Latte Lounge

Her Story: 3 years ago, Katie Taylor set up the Facebook Group, The Latte Lounge (Top Tips for Women Over 40) because she had suffered debilitating perimenopausal symptoms for 4 years which were misdiagnosed as depression and forced her to give up 3 jobs.  Eventually, she was put on HRT and turned to Facebook to express her frustration.  Within one day the group attracted 2,000 members and now almost 3 years on it has 16,000 women over 40 in 69 countries growing organically at 100 new members a week. Every day Katie gets hundreds of private messages from desperate women who she supports by signposting them to the right agencies.  She has worked 24/7 for no personal financial gain to date. 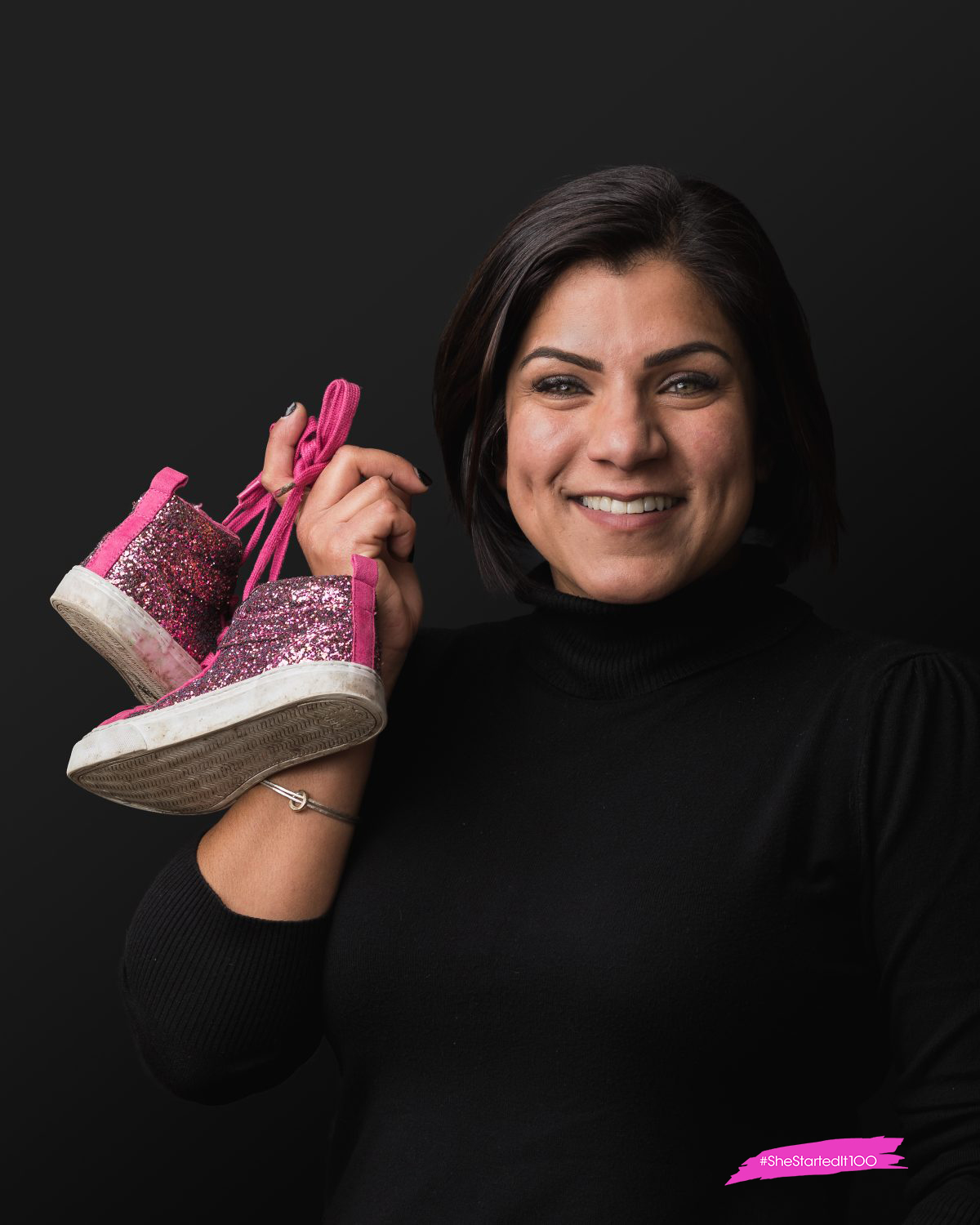 Her Story: An estimated 300,000,000 children in the world are without access to safe footwear. CJ set up Sal’s Shoes in 2013 when she was unable to find a charity that could tell her where her then-toddler son’s pre-loved shoes would end up. Within five years, the charity had collected and distributed over 1,000,000 pairs of shoes. She founded the Toe to Toe schools campaign in 2016, in just one primary school, with the children donating their school shoes at the end of the summer term. Four years later, the 2019 Toe to Toe campaign had over 1,000 schools participating. The charity donates to over 40 countries including the UK. 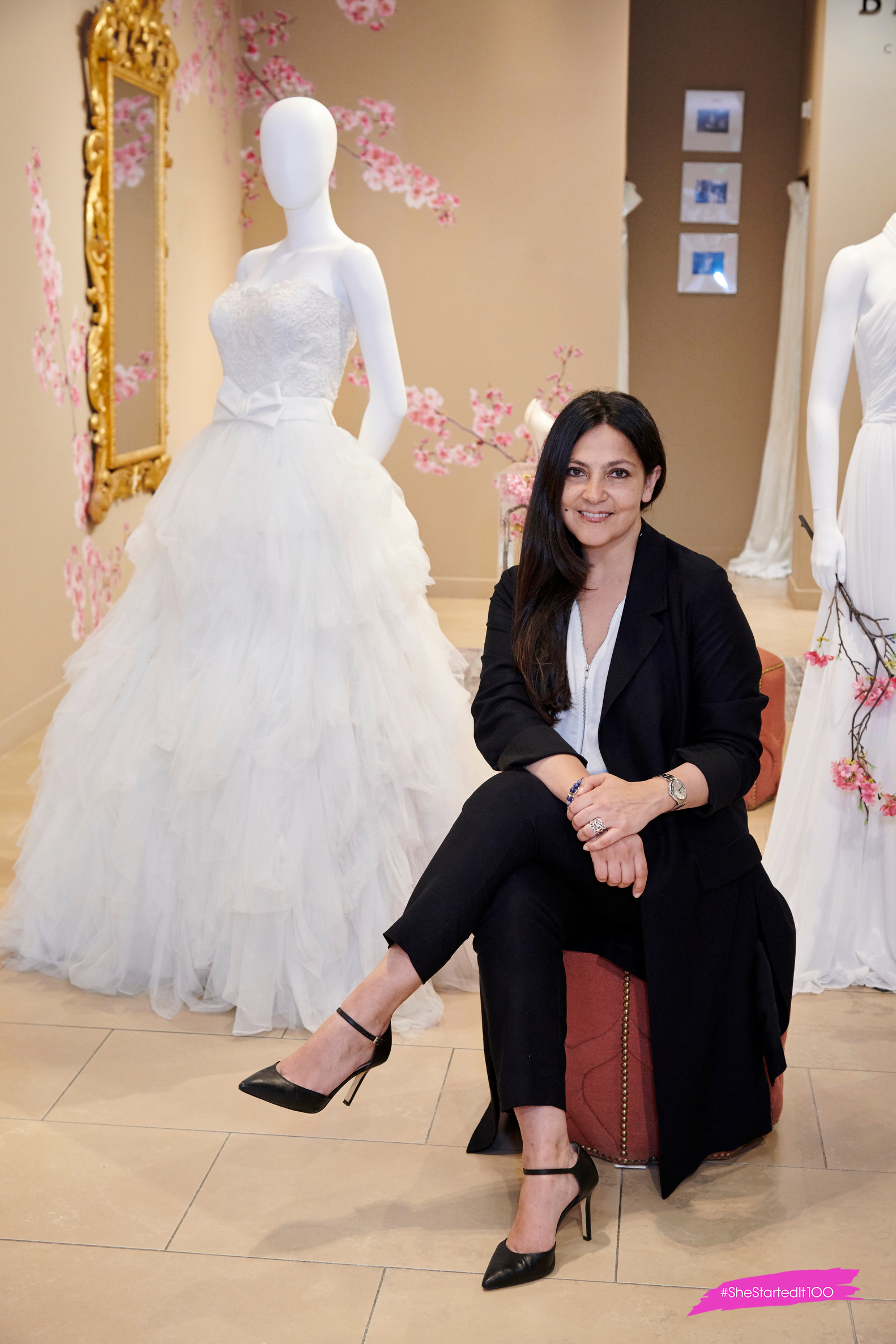 Profession: Founder of Brides Do Good

Her Story: Each year, 12 million girls around the world are married before their 18th birthday which is why in 2016 Chantal set up unique social enterprise Brides Do Good. The charity runs on the generosity of women and designers donating their beautiful pre-loved or sample wedding dresses to the cause, which are then sold with up to 70% off RRP to forward-thinking and ethical brides-to-be. Up to two-thirds of the funds raised by Brides Do Good sales are invested in charity programme’s that empower young girls and educate communities – helping to address the global challenge of eradicating child marriage by 2030. Brides-to-be can choose from 61 leading international wedding gown designers, including Vera Wang, Galia Lahav, Vivienne Westwood, Caroline Castigliano, and Pronovias. 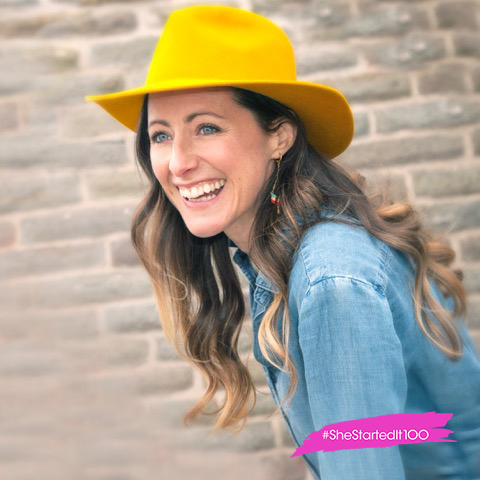 Profession: Founder of City to Sea

Her Story: Natalie founded the non-profit organisation City to Sea in 2015 to do what she could to stop plastic pollution at the source. The community interest company now has over 30 staff and has won multiple awards for their highly impactful and scalable campaigns, including Switch the Stick, which successfully persuaded UK retailers to switch from plastic to paper stem cotton buds. Their Refill campaign is now Europe’s leading drinking water initiative stopping waste from plastic bottled water, with more than 250 community schemes, over 170,000 app downloads and support from the water industry, retailers, high-street chains and government. 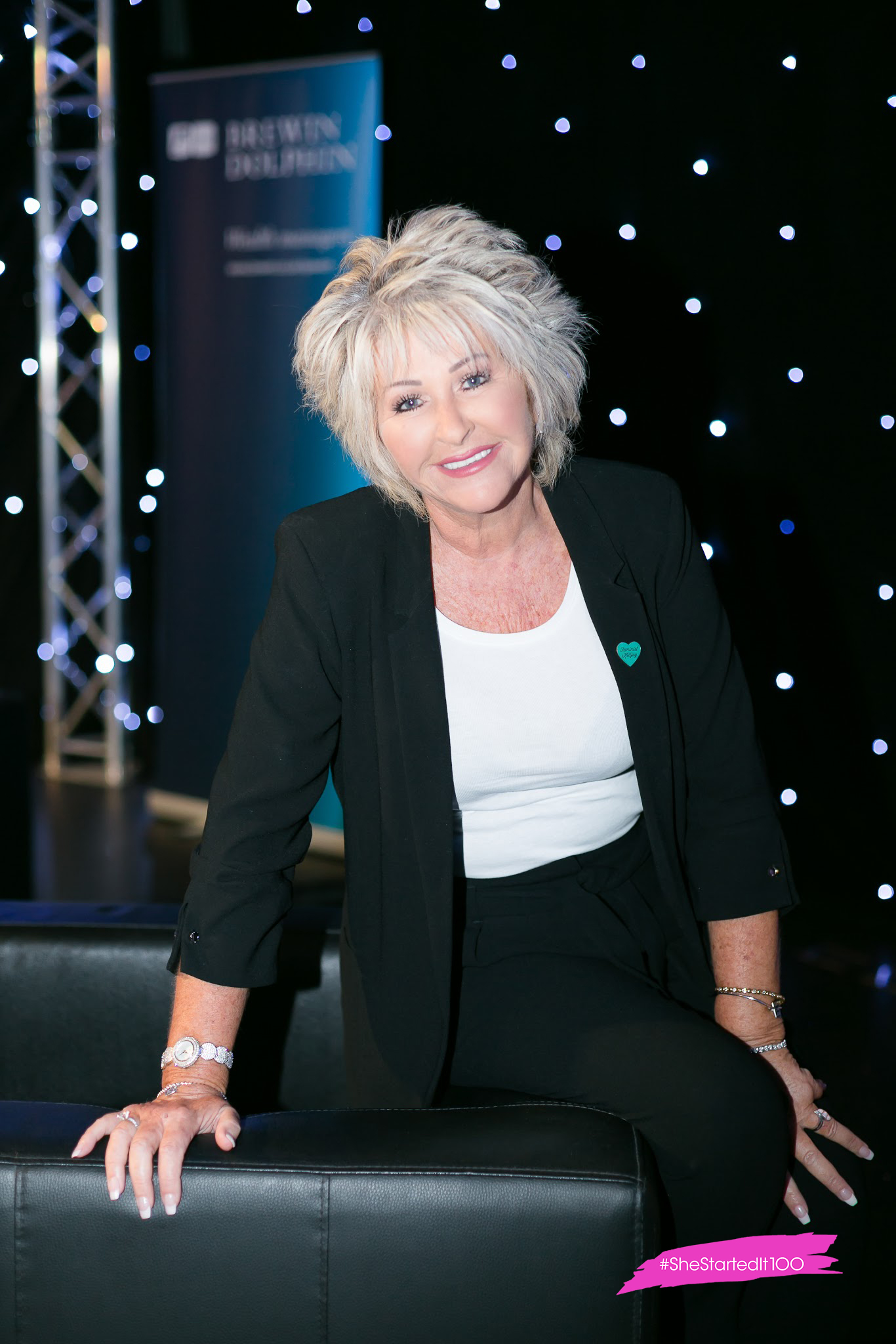 Her Story: Maggie Oliver is best known as the Detective who resigned from Greater Manchester Police in 2012 to expose the infamous Rochdale Grooming Scandal. She has fought tirelessly to expose the truth about how the vulnerable victims of serial sexual abuses were being failed by our criminal justice system. She set up The Maggie Oliver Foundation to help women who have survived abuse. Her next plan is to set up a nationwide network of The Maggie Oliver centres, with the first being in Rochdale. These centres will provide much-needed support, access to psychological counselling and legal help for those survivors of sexual abuse from all communities who have nowhere else to go. 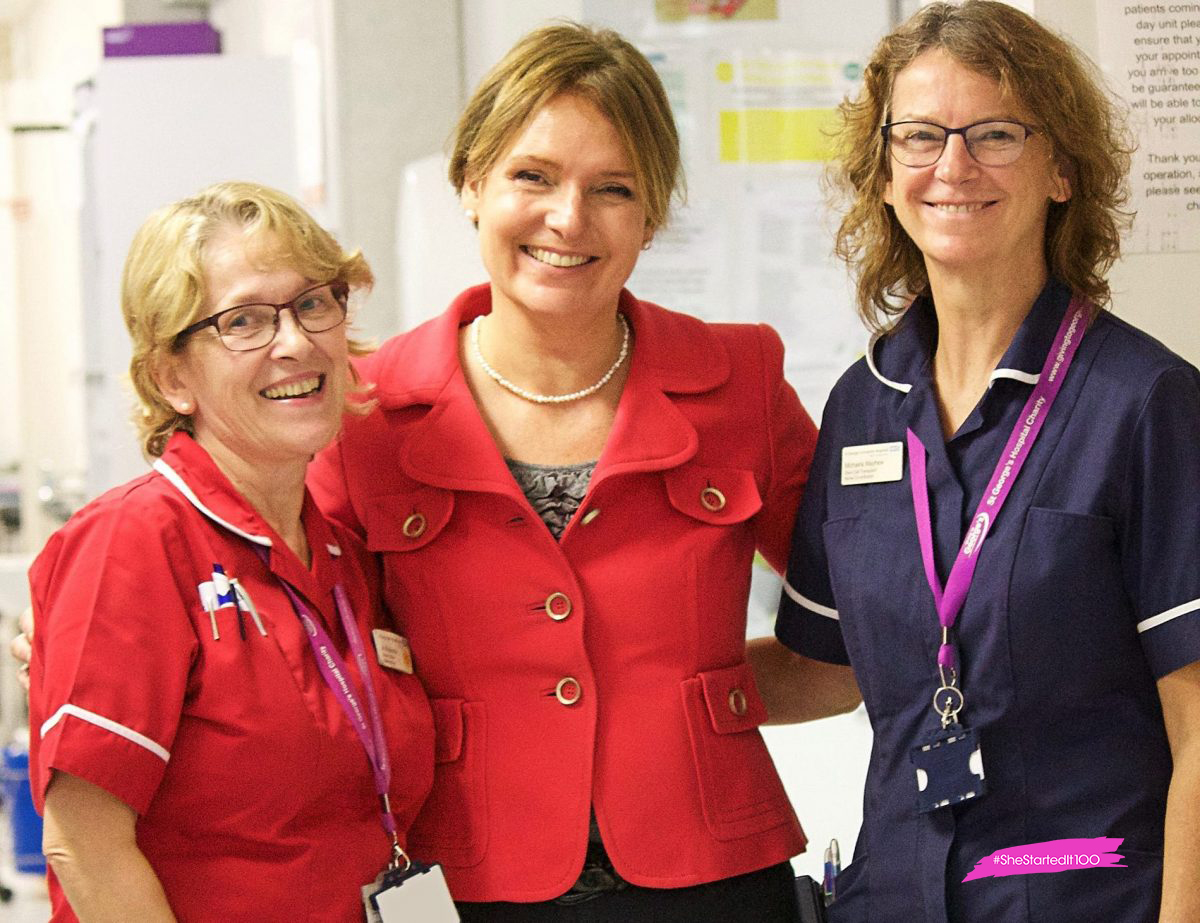 Her Story: After facing a near-death experience, Susanne Ruggles decided to quit her successful design company which had commissions from Hollywood actors and royalty and instead devote her time to founding a charity, Full Circle Fund Therapies. She realised the benefit of complementary therapies in helping to cope with her illness and its symptoms so she wanted to offer this to others going through similar life-threatening situations. Her charity provides therapies such as infant massage, reflexology, clinical massage therapies, reiki, clinical hypnotherapy and mindfulness to those who need them most in hospital. So far, it’s enhanced the lives and well-being of more than 7,000 adults and children. 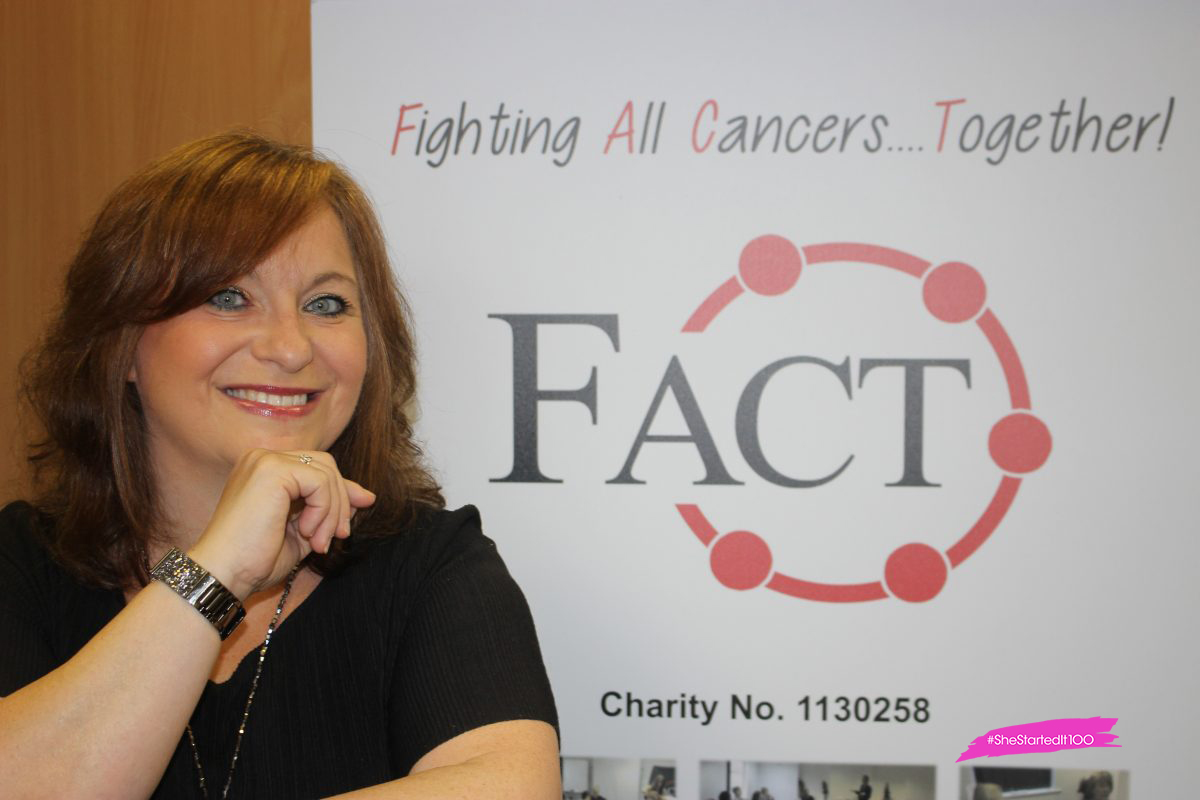 Her story: In March 2005, Joanne was diagnosed with breast cancer. She quickly became aware of the devastating effect a diagnosis of cancer has within a family. In 2008, having been successfully treated for cancer, she was inspired to use the business skills she learnt from her MBA at Durham University Business School to set up FACT (Fighting All Cancers Together).  The charity provides crucial support services that weren’t there for her and her family. The aim of FACT is to allow everyone affected by cancer in the Northeast of England the ability to find help free of charge when they need it. It was important to her that help was easily accessible and so FACT helps anyone affected by cancer without the need for referral. 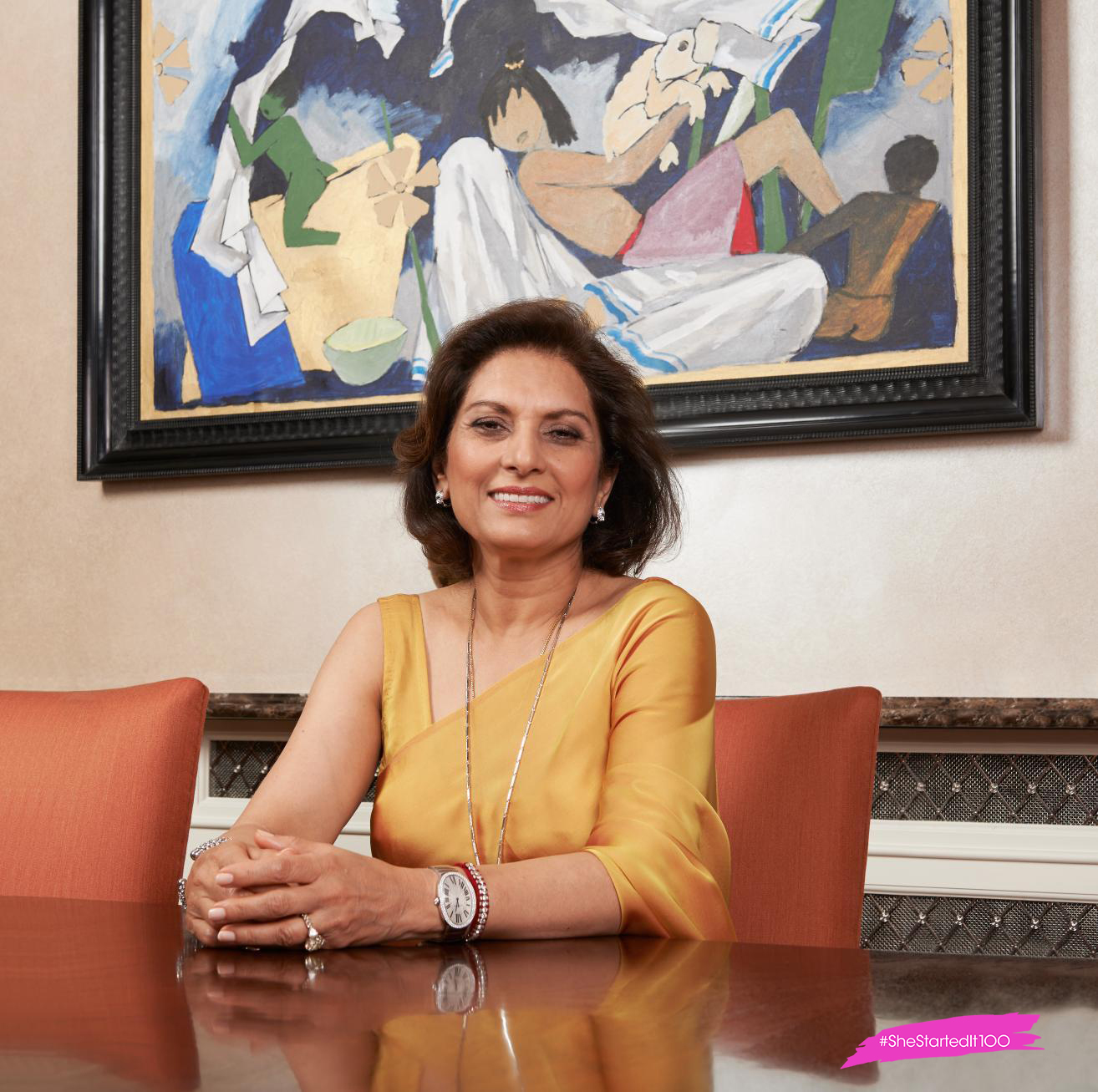 Profession: Founder of Path to Success

Her Story: Inspired by her Grandfather’s philanthropy and her own passion and experience for charity, Mrs Choudhrie established Path to Success in London in 2005 with a focus on causes that support disability. Most recently Path to Success has supported the London Titans Wheelchair Basketball Club, which has produced over 50 Team Great Britain players, yet receive no central sports funding. To raise funds for the athletes and awareness of Paralympic sports, Path to Success has hosted two fundraising charity Wheelchair Basketball Tournaments at the iconic Copper Box Arena in the Olympic Park. Path to Success’s third annual charity fundraising Gala will take place on 3rd October 2019 to raise funding the unsung heroines of today, to inspire the talented women who will be the stars of tomorrow.

Inspired by these amazing women? Join us for #SheStartedItLIVE: our 1-day festival dedicated to female entrepreneurship and empowerment on Saturday 14th September 2019. Book your ticket here and use the code ‘Angelica50’ for half price tickets this week only.