Life / Features / About Time You Tried: Borrow My Doggy

It’s about time you tried: borrow my doggy. There’s some sort of primal bond between dog lovers. It’s like we’re members of a club, where the only entry criteria are an enthusiasm for man’s best friend and a tolerance of weird smells. And I’m sure it will have come as no surprise to canine fans the world over when some brainy Hungarian scientists managed to prove that dogs’ brains responded to the sound of human emotion – including laughing and crying – in a similar way to people. If that doesn’t melt the stony hearts of dog haters everywhere, the photo of a golden retriever wearing earmuffs in an MRI should do the trick.

But for canine fanatics in London, it’s not all sunshine and rainbows. What about those flat-dwellers, nine-to-fivers with no unconditional love to return to – just solitude, broken dreams and yesterday’s washing up?

Thankfully, someone has answered lonely Londoners’ prayers. On Saturday I went to meet Rikke Rosenlund, co- founder of BorrowMyDoggy, a site set up to connect dog owners and lovers – with only a teeny tiny annual fee in return. 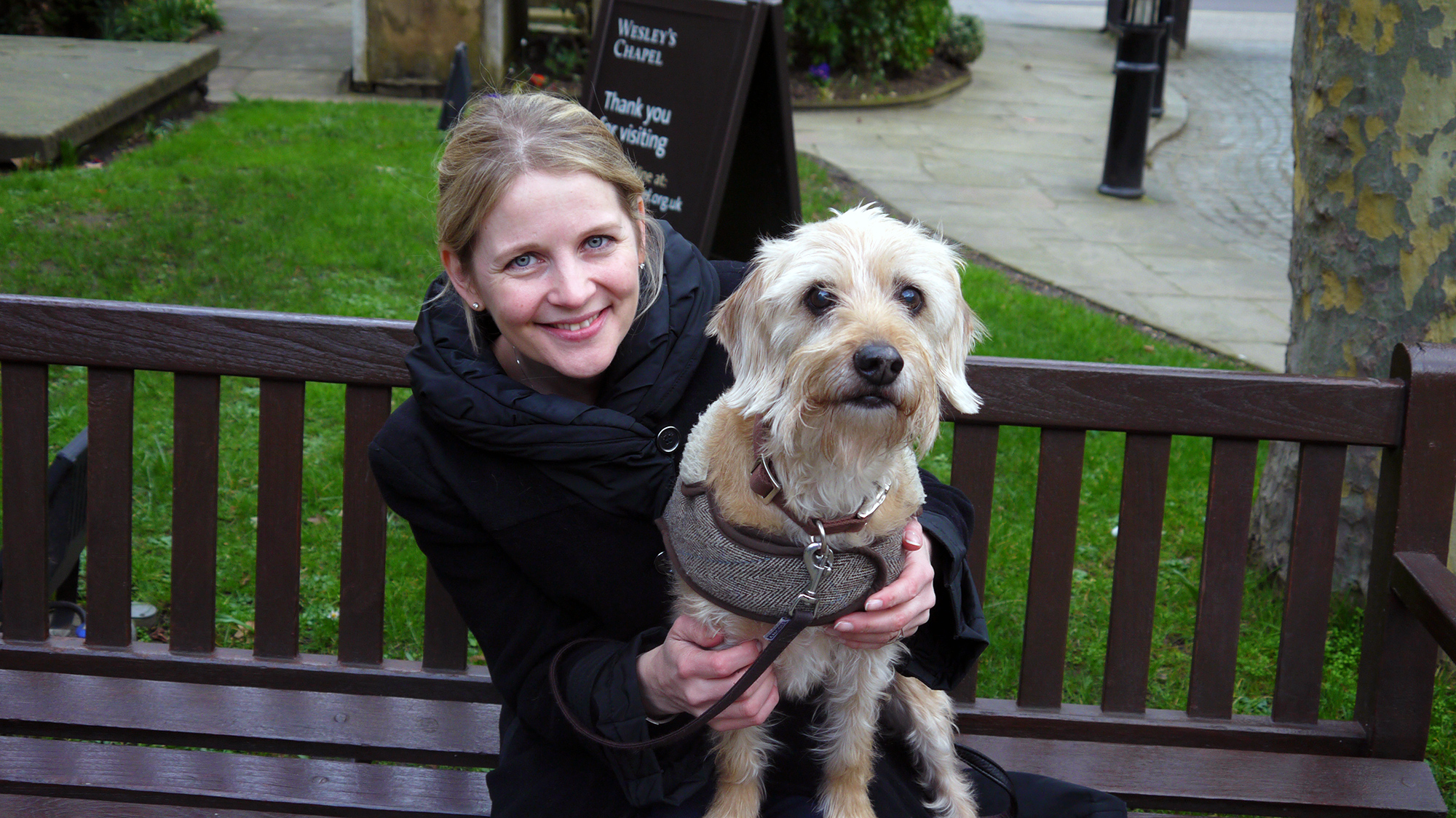 Users have profiles, and hopeful borrowers can ‘favourite’ dogs in their area and then wait nervously by their laptop until an owner decides to make contact. Then, there’s the ‘Welcome Woof’: the first meet up. I can’t help but be reminded of a dating website, especially when Rikke coyly admits she has two dogs she ‘sees a lot’ (I’m a one dog woman myself). I have sudden visions of all the painful trappings of unrequited canine love, or the nervous preparation if an owner decided I was ready to spend a weekend with their pup: water bowl, check; treats, check; willingness to pick up someone else’s shit in public, reluctantly embraced.

My reticence doesn’t last. According to Rikke, one of the main reasons users give for signing up is ‘to make another person happy’. Dog lover I may be, hapless romantic I certainly am not – but after 20 minutes with Rikke and her canine friend Elvis (a mixed breed who turns up sporting, I kid you not, a Sherlock Holmes outfit), I feel like nothing bad will ever happen again, ever.

Rikke used to volunteer in disaster relief zones, and initially set up BorrowMyDoggy as a value project alongside her full-time job. But when 85 dog enthusiasts signed up in the first three days, Rikke and her co-founder Les realised that the site could fill dog-shaped holes in the hearts of people all over the country – and help out busy owners to boot.

BorrowMyDoggy don’t release figures on members or profit, but Rikke says users are growing all the time. Their main goal is to build a community, and thanks to the internet, she says, her and Les have been able to set up users with people in their neighbourhood, allowing people to bond over mutual mutt appreciation. Elvis’ real owner, a filmmaker called Ben, graciously offers me some peanuts before telling me the first person to borrow him turned out to live right across the street, and they’ve since become good friends.

Rikke is emphatic that their main goal is not making money, telling me that ‘it’s about dogs and people being happy.’ The pre-walk Alicia wouldn’t have bought this in a gazillion years, so shrivelled was her heart by too many dog-free hours – but post-Elvis, I’m a brand new woman. I don’t know if it’s the sunny day, the dog dressed as a famous detective or the fact that Rikke would fare well in a competition for World’s Nicest Person – but I’m ready to hit the doggy dating scene.