UK’s new Dancehall queen, Alicai Harley, has become an exciting name on the industry’s lips. Well respected names within the UK and Jamaican music scenes have been singing her praises, such as Dizzee Rascal, Tony Matterhorn, and Estelle amongst others. From Toddla T and Seani B, to Sian Anderson and Tim Westwood, she’s had strong radio support, with her last single ‘Naah Done’ getting playlisted on BBC Radio 1Xtra. We chatted to the singer and rapper about her latest single Proper Paper, her love of Destiny’s Child and staying inspired: 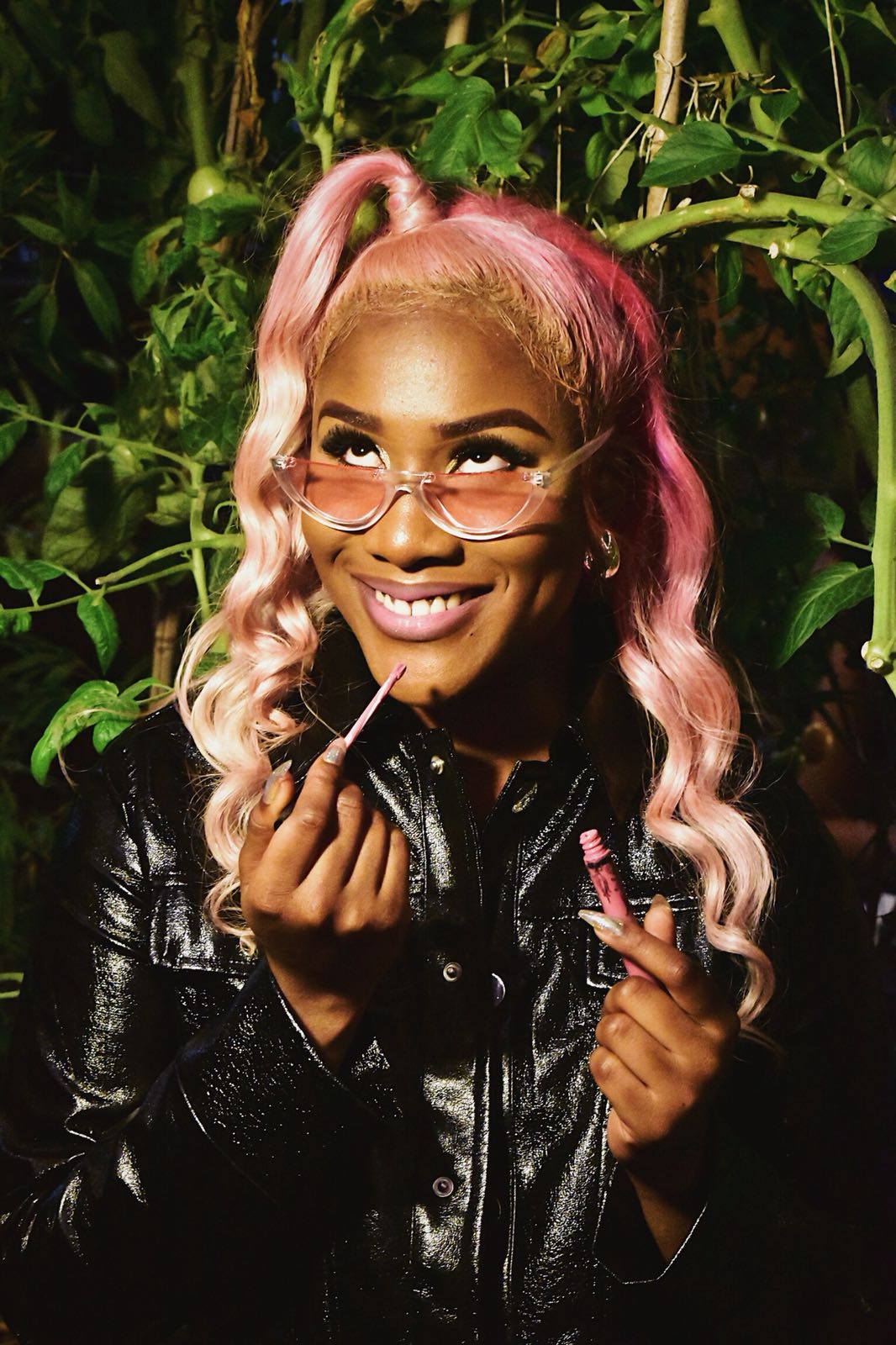 Hey, everything is going great! I’m living my best life and just trying to make the best music I possibly can, by God’s grace.

With your breakthrough hit song ‘Gold’ can you tell us how it came together and what influenced the sound of the track?

‘Gold’ was a bit of a random one, it just came out of nowhere. It was much different from anything that I was writing or recording before that. It came from me doing a campaign called ‘Hotshot Tuesday’s’ which I did to help myself be able to find the record that I needed to break me through. One night I went out to a party with my friend, came back, and I was still feeling the vibe. I don’t think I was actually ready to leave the party yet. So, with that vibe, I decided to write a tune that I wanted to feel at that time and I got ‘Gold’.

You released ‘Gold’ through ‘Bruk Out’ which is a platform in celebration of Caribbean music and culture pioneered by Seani B, a radio legend. What was it like collaborating with them as well as having an official remix with Grammy- nominated Jamaican artist, Cham?

That was absolutely epic! I was just so happy to be a part of something like that, especially the fact that it stood for my culture. So that was really amazing and I felt like it was only right. Seani B is a well-respected person in dancehall as well, so I felt really honoured to be a part of it.

Regarding the remix, that was something I could have never imagined. It really showed me that my life was changing. Cham is such an amazing person as well, aside from him being a legendary artist. He made a great mentor also.

How did you feel returning to your hometown of Kingston, Jamaica to shoot the video for your latest single ‘Naah Done’? 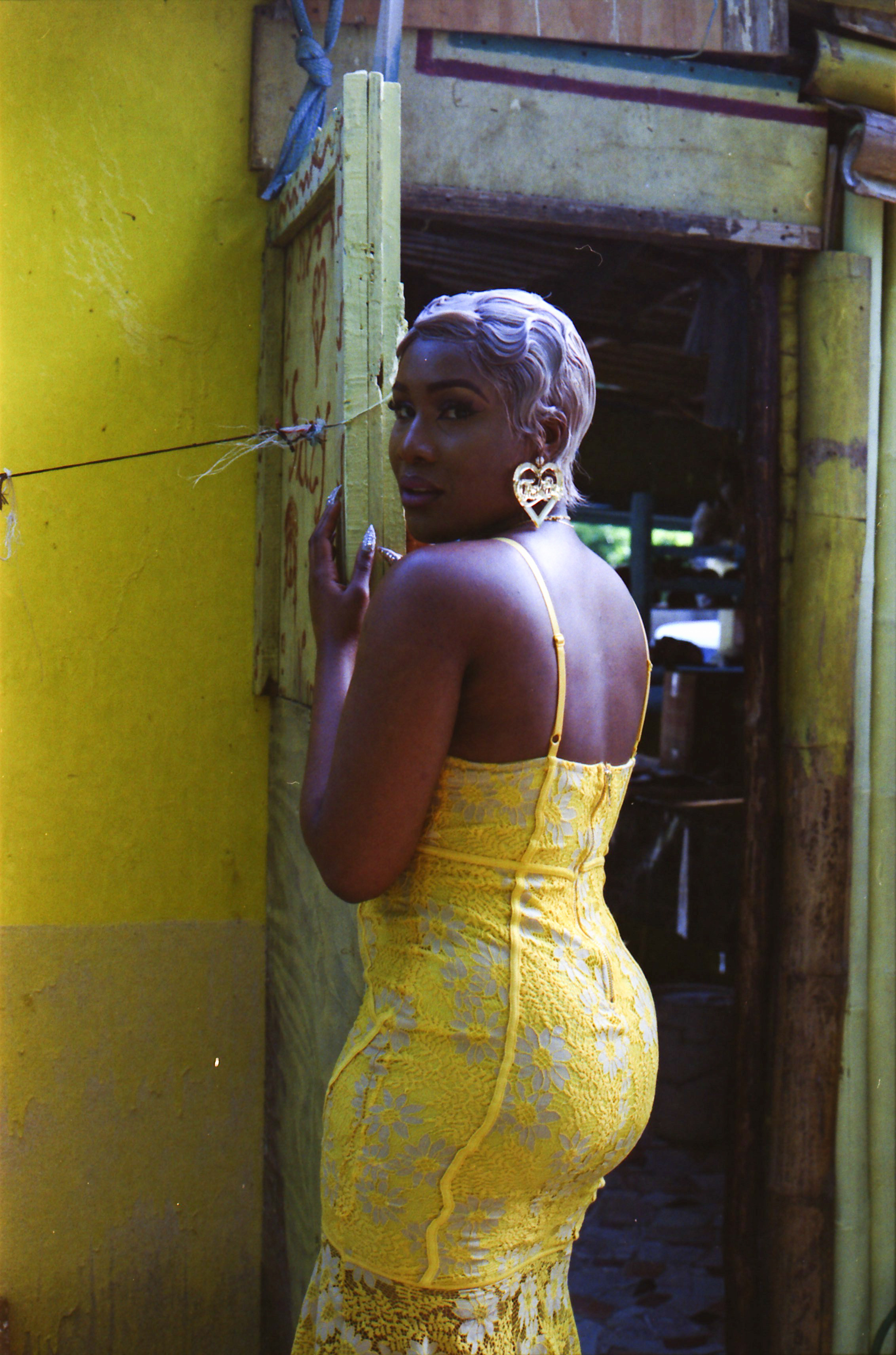 That was epic too! I wouldn’t have wanted to shoot ‘Naah Done’ anywhere else. Even when I recorded it in the studio, we said we were going to shoot the video in Jamaica and by the grace of God it happened. Arriving in Jamaica was nostalgic, especially as I was so nervous on the plane because I hadn’t been back there in 15 years. Once I got there, I just felt really at home and happy to be back, doing what I love.

What did you miss most about Jamaica?

What I missed most about Jamaica was my father. Unfortunately, my father passed away in 2008 and I didn’t get to go back and see him before he had passed. So, that was something that was really keeping me away from returning to Jamaica, because it was the one thing I missed from Jamaica and wouldn’t have had. That also made me very nervous going back, but once I got there, I felt like I needed to be there. I felt very proud of myself and I felt like he would have been proud also.

Your music videos are heavily dance inspired, do you like to keep up to date with the new dancehall dances yourself? If so, what is your favourite dance craze at the moment?

I love watching people dance, I’ve got all these dance moves in my head and I can tell you how you should do it and what would look good. But me dancing myself, if it was going to take a man a day, it would probably take me a year. But then again if I put my mind to it, I could probably do it. The dancing thing isn’t really for me, but I’m starting to make it for me, so hopefully I’ll be on stage doing a Beyoncé. My favourite dance craze at the moment is ‘I Shaku on the beat as well’.

You recently released your new single ‘Proper Paper’ – can you give us some insight into the creative process behind it?

‘Proper Paper’ is a song that is very close to my heart on many different levels and aspects. For me, I wanted it to be separated from all the songs that are almost like a scandal and just kind of go back to the old school traditional wedding vibes. I wanted to give that song the feeling of ‘I want a husband’ or ‘I want a wife’ and almost brush a 2018 gloss over it. ‘Proper Paper’ is meant to make girls and guys feel like number one, but it can be taken in many different ways. Initially I wrote it for the marriage certificate that you sign once you’re married, but some guys take the meaning ‘Proper Paper’ as money. I also wrote it around the time that I was so crazy in love, I just wanted to put all those true love feelings into the song and make everyone feel like that.

Who are your key influences and what inspires your songwriting?

Beyoncé, Buju Banton and Lady Saw. Practically everyone in dancehall! There are quite a lot of people, I don’t want to miss anyone because it’s everything I grew up on. A strong part of it was Destiny’s Child, especially Beyoncé and seeing how she never stopped. It’s almost like she’s not even human and I just respect that so much. Whenever I get really down, I just have to remember that I have the same number of hours in a day as Beyoncé: if she can do it then I don’t really have any excuses.

In terms of my song-writing skills, I kind of write how I speak. I really love that about my writing and I feel more comfortable writing how I speak. It does stand out also, so that’s the blessing of it. Also, a lot of the melodic ways that I might sing are a lot of old-school stuff that’s been flipped. Sometimes you might catch it and sometimes you might not. This is because I hear it and then I flip it and then flip it again and then again and by the time everyone else hears it, it doesn’t sound like anything it was before because I’ve flipped it so much times in my brain. I’m just really influenced by everyone that came before me.

As mentioned earlier, you’ve worked with the likes of Cham, also Ayo Beatz. Who else would you like to work with in the future? 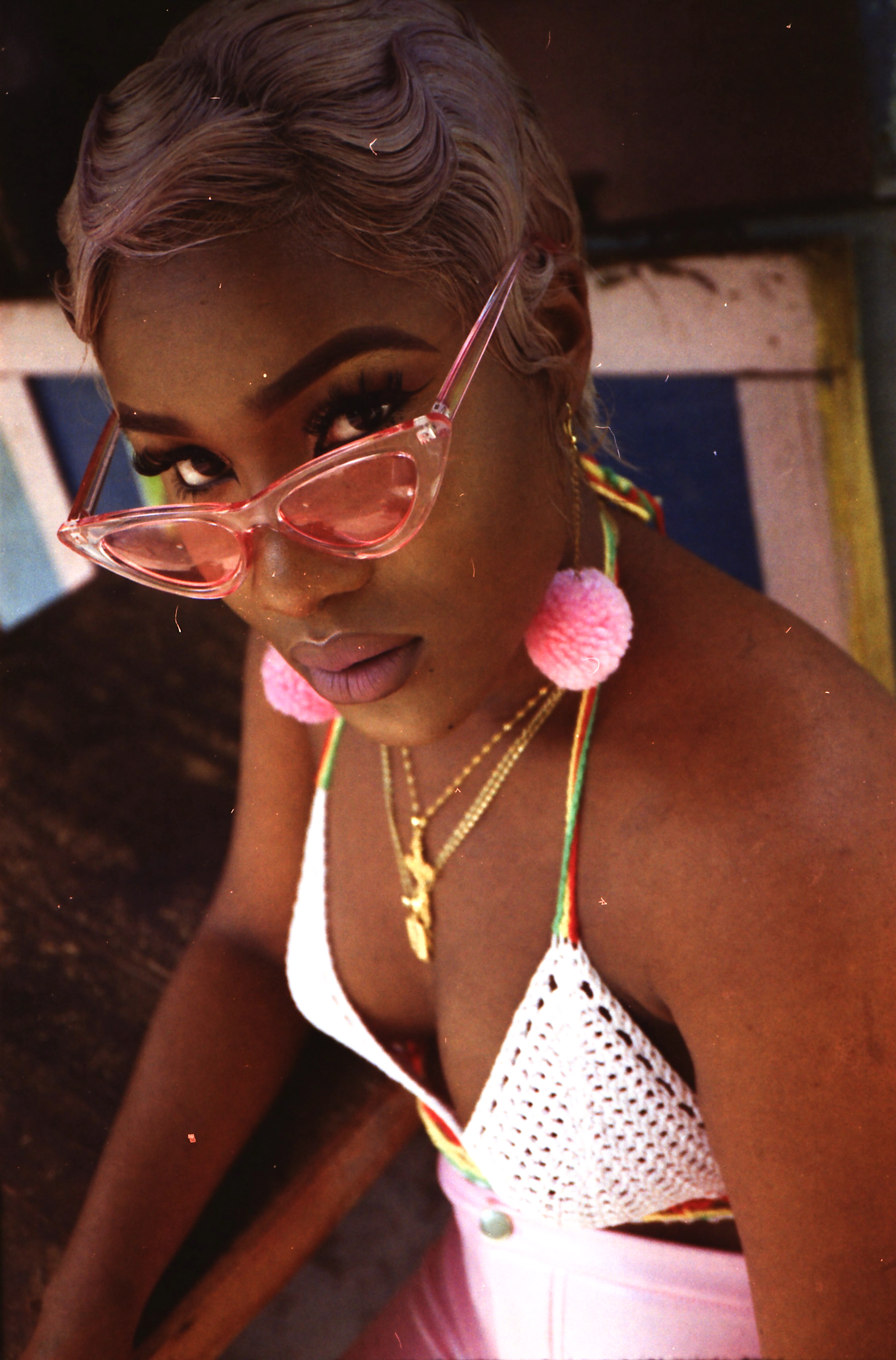 I would love to work with Buju Banton, if I could work with him as soon as he comes out. It’s a goal like no other goal, in my brain I feel the possibility. I think I will bawl my eyes out if it happens. I’d also love to work with Wretch 32; I think we could create something epic. There are quite a few others actually – I’d love to work with more dancehall legends and old-school hip-hop artists.

How would you describe yourself in 3 words?

Number one: blessed. I am beyond blessed because of the way God has taken me out of some crazy situations and made me understand myself.

Number two: Cray. Everyone would say I’m crazy, it’s a good crazy though. It’s the sort of crazy that brings happiness. I have my own way of thinking, my own lingo that makes sense, I have about ten people in my head and all ten of us understand each other and find all our jokes funny, even though sometimes they can go too far.

Number three: loving. I am very loving, I love humans and I’m just a ball of love that rolls around. For me love is the biggest thing and means the most to me in life. I just love, love, in every aspect.

Where do you get your fashion inspiration from? You are recognisable for your cotton-candy pink hair, is pink your favourite colour?

Yes, pink is actually my favourite colour. I didn’t realise it until recently, because anything that’s pink, I’m just like ‘oh my gosh’. My room is about to be pink and my whole house is going to have different shades of pink.

When I was growing up my cousins thought I was weird because they would wear what was on trend and I would have something completely different. I don’t know where it comes from, but I like what I like. I couldn’t tell you, I just like random stuff and just have a weird sense of style. I really like bright colours and I get a kick out of standing out.