When I mentioned visiting Monsoon Valley in Thailand to my friends, I got a puzzled look and a reaction of disbelief: “Thai wine?!” they exclaimed.

“As in, wine from Thailand?!” they repeated, thinking I might mean some undiscovered of area in France by the same name. But, no, Thailand. 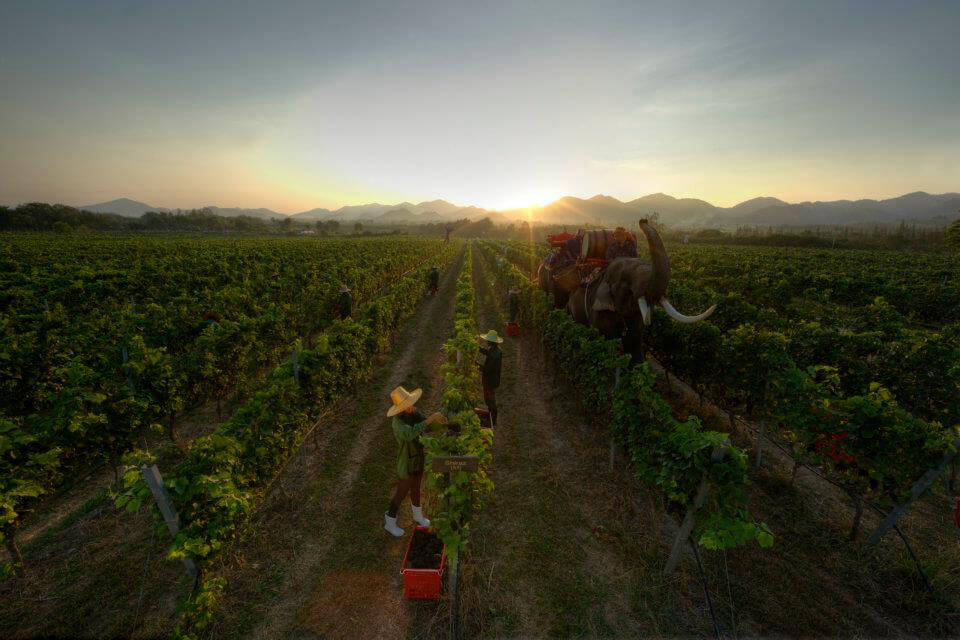 All corners of the world are producing wine, with English and Australian wines on the up, so why not a tropical country like Thailand? In the 19th century, the grand Highland houses of Scotland grew peaches, so there must be a way in the 21st to grow wine in the tropics.

With this in mind, I jetted off to Thailand to look at Thai wine and meet the Monsoon Valley winemaker. A German in her mid thirties, Katherin Puff is not what you’d expect as the winemaker at the forefront of the largest wine company in Thailand. 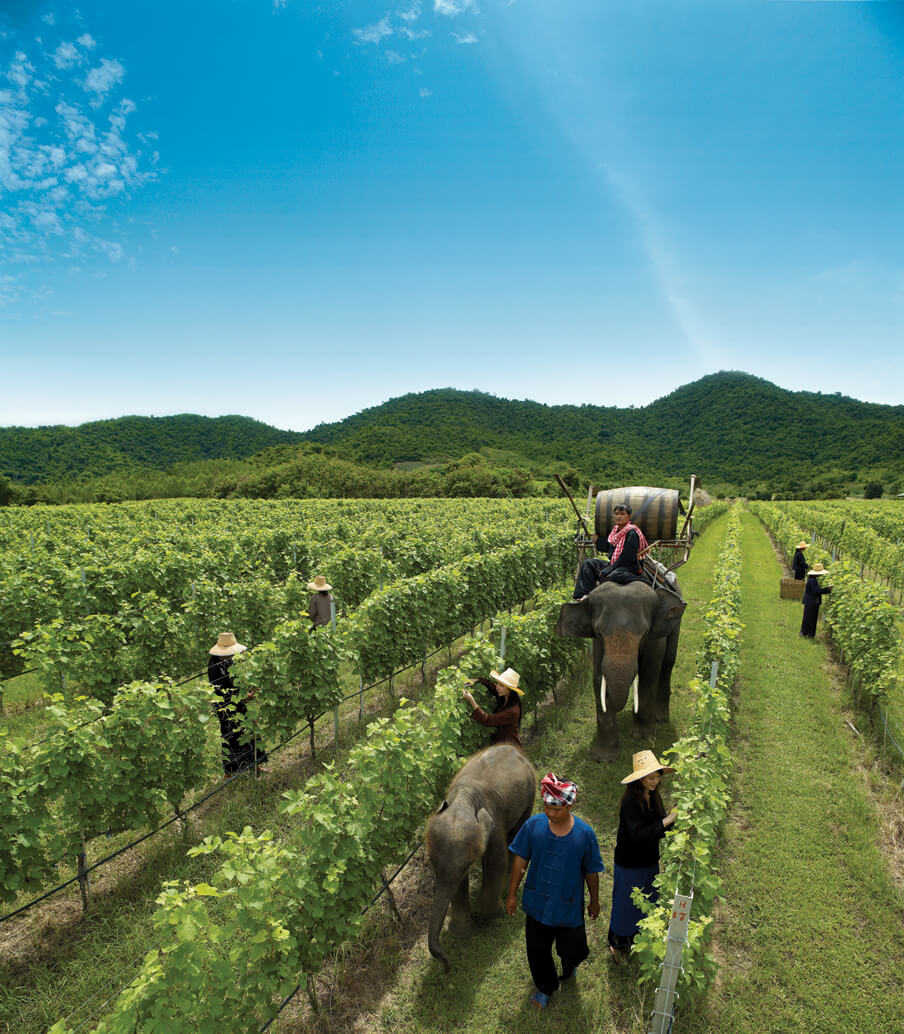 Katherin began her career as a Cellar Hand and an Assistant Vineyard Manager in Germany in 1999, and has held the position with Monsoon Valley since being headhunted from Italy in 2007.

“When I started studying in Germany,” she tells me, “I was the only woman on my course and one of only three people, out of a hundred students, who didn’t come from a family with a long history of wine making. My father was a dentist and had no connections with the wine industry, beyond a decent wine cellar. In the end I was the only person who completed the course.” She smiles. 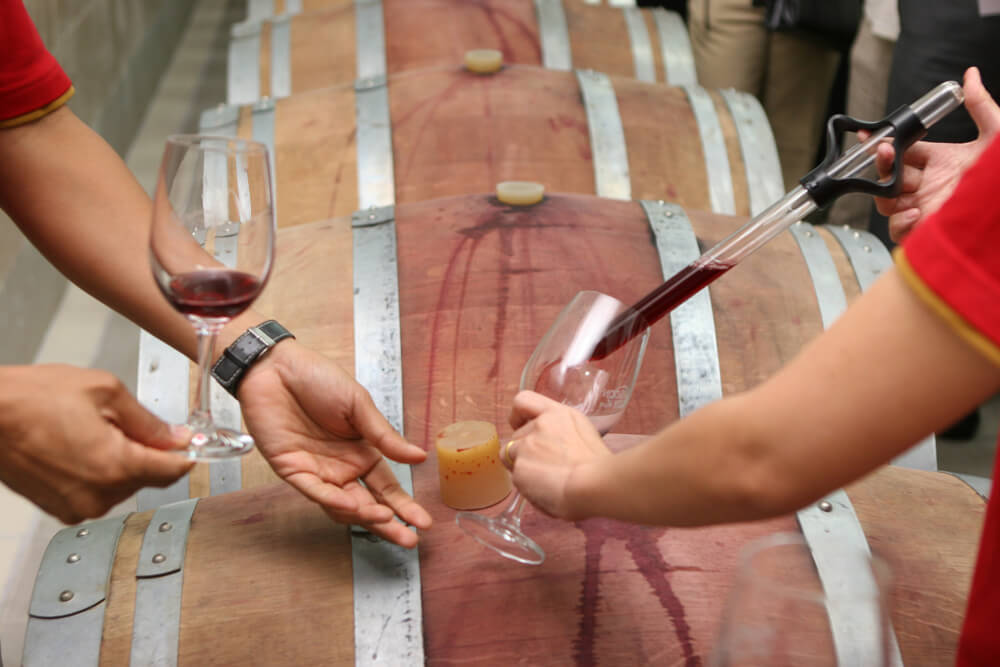 Her perseverance has paid off, after going on to study in Italy, Puff went to work in New Zealand as well as for several vineyards in Italy for over six years. The time she spent in New Zealand made her realise the possibilities that new technology can give winemakers and lead to her accepting the job in Thailand.

Making wine in Thailand is not easy. Only certain grapes varieties work well in the climate and the yields are much lower than in other countries. Australia can produce twenty tonnes of Shiraz per hectare of land, Thailand only five. Another issue is lack of a winter means that the vines grow continuously and therefore don’t ever get a rest. While there are two growth cycles, there is only one harvest, as Katherin doesn’t want to tire out the vines and also wants to avoid an even greater threat of mildew, the risk of which is at its biggest between pruning and harvest time. 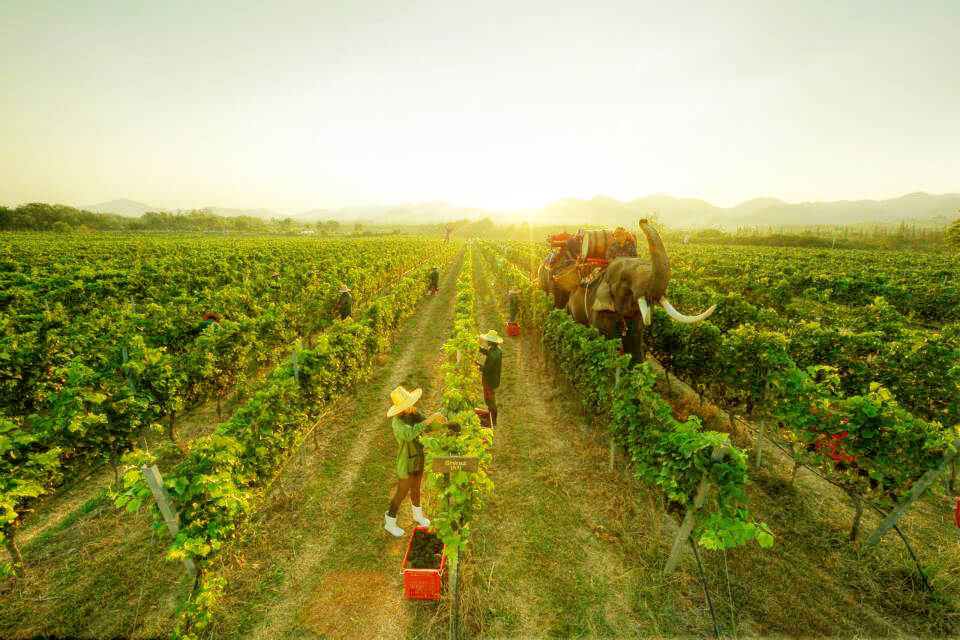 After yet more explanations of the problems of making wine in Thailand, grape varieties that are harder to grow, varieties that do grow but don’t make good wine I wonder why on earth she persists.

“I like a challenge,” she laughs, “there is so much work to be done here in terms of creating a wine culture and instilling passion into winemaking in Thailand. It isn’t easy, many Thai people have given up trying to grow vines as wine making here is hard and the viticulture teams here need to be far better trained than their counterparts in Europe.”

“But,” she continues,”it’s my job to make sure that our team is properly trained and enthused and that this continues. One of my roles is to get Thai people to fully participate in the world of wine and view it as a good, viable industry to have a career in.”

Part of her job is to spend one day a week at the company’s main vineyard near the resort of Hua Hin. With its vineyard tour and visitor centre and restaurant overlooking the vineyard it looks like almost any other vineyard geared up for tourists, until the elephant rides come into view to remind you that this isn’t your average wine country.

There Katherin introduces us to the head viticulturalist, Chaorai, a man whose planned career trajectory in pineapple and coffee farming took a dramatic turn when the owner of Monsoon Valley, Chalerm Yoovidhya, chairman of Red Bull UK, offered him the job of running his main vineyard in Hua Hin.

The rappor between Katherin and Chaorai is obvious and you can see how much they enjoy working together, to overcome the major challenges in successfully growing vines and creating good wine in Thailand. So successful have they been that the Cuvée Siam Rouge 2008, a blend of Sangiovese and Shitaz grape won a gold medal at the International wine challenge in Vienna in 2010, a dessert wine won a Gold medal in the 2013 Decanter World Wine Awards and a blended white won a  Bronze in the same year. 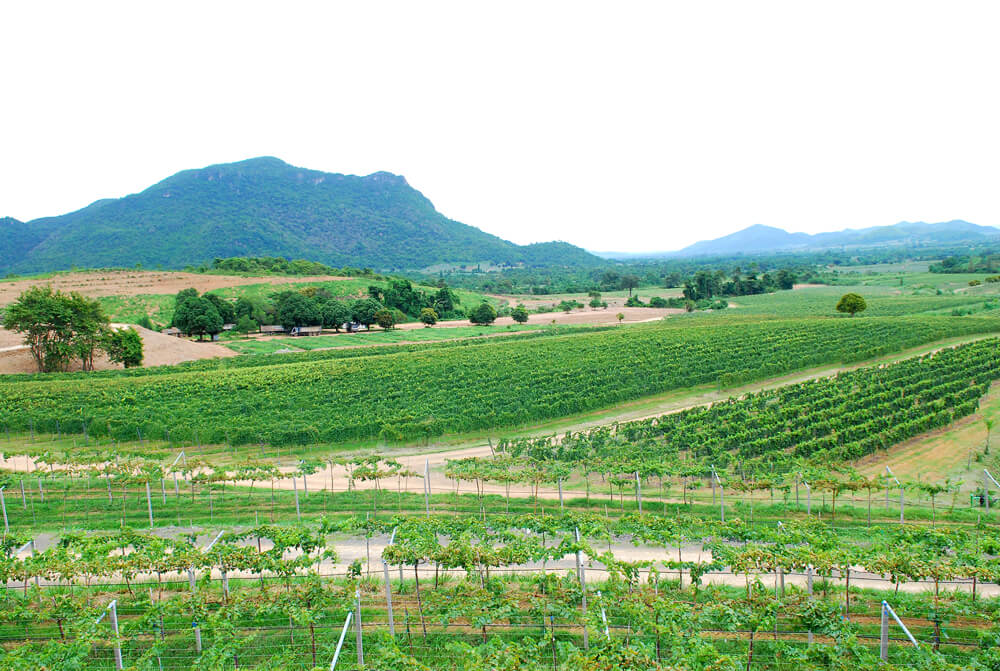 When not wine making, Katherin is a keen athlete, participating in triathlons and iron man competitions, even in the tropical heat of Thailand, and is married to a Tuscan she met while in Italy learning to play the guitar. He followed her to Thailand who now works for the European Press Photo Agency in Bangkok.

“I like the culture here,” she finishes. “People tell you bad things even with a smile. I like the food and I like the opportunities wine in Thailand offers. It’s not often that you get a chance to help create a wine culture in a country.”