Tongtong Ren and Peiran Gong are the two ladies behind Chinese Laundry, an uber trendy Chinese Restaurant on Upper Street. After meeting in China when they were 18 years old, the ladies decided to move to London to study at Royal College of Art. Realising their hearts were very much more in food, they started to develop some food products to sell at street food markets across London, which eventually evolved into Chinese Laundry. We sit down with the duo to discuss their first memory of food, and their thoughts on the London food scene:

Tell us about your journey – how did you ladies end up opening a Chinese restaurant in London? 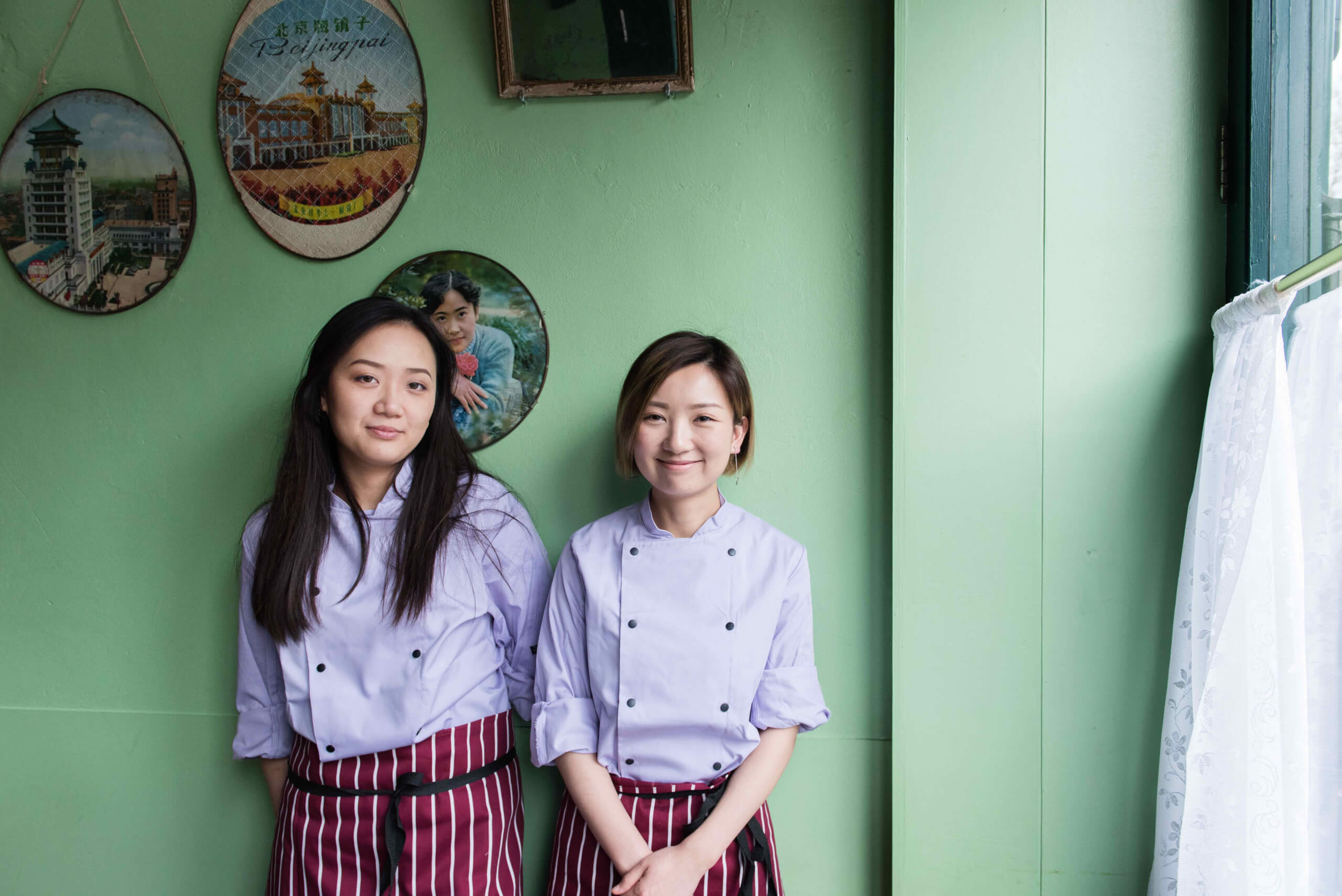 Tongtong: We’ve been flatmates for the past 3 years, and have always been enthusiastic about cooking. When we were still working as designers, we would do things like get up 4 am to buy fresh fish from the market. We’d go to the meat market after a night out, bring things back home or to the studio, and invite friends over to cook them a meal made with this amazing fresh stuff. We wouldn’t have been able to finish all of the things we wanted to eat unless we cooked for lots of people. I guess we like eating too much.

Who taught you to cook?

Tongtong: My mum, aunties, grandma, and the chefs from my father’s restaurant.

Peiran: Mainly my mum and my grandma.

How long did it take for the idea of opening a restaurant become a reality?

Chinese Laundry is inspired by 80s Chinese food and family life. Is the food you ate growing up similar to the dishes found on the menu?

Peiran: Absolutely, it’s basically a personal selection of the things we liked to eat when we were growing up.

Tongtong: Smash cucumber is my aunty’s own recipe – she is an absolutely amazing cook. I really loved it every time I visited her, so I filmed the whole process at the last dinner I had with her before I came back to London, and put it on the menu in the restaurant.

Manchurian lamb is a famous dish from Beijing’s first Manchurian restaurant, which is hundreds of years old. I’ve been going there to eat the same dish since I was 16. Sweet tofu curd is my breakfast coffee, and I can’t start a day without it. It’s the same for everybody in my town; whenever I’m back home, everyone has it every morning.

Egg hug dumpling has nearly disappeared off menus now, but I used to eat it at festive family dinners in the early 90s. Milky little buns was my favourite dish when I was little – it was always the dish I would ask my parents to order at the end of a meal.

The chicken carcass is a very common street food in my town, and it’s usually served served as an after school snack. Chinese leaf salad with egg bean curd is a very traditional dish in North East China where I’m from. We use egg bean curd for everything; as a cold appetiser, with noodles, as a veggie dip, you name it.

Black tahini whelk is something commonly eaten in my seaside city. We eat all kinds of seafood, cooked or raw, with a dip made from white vinegar, coriander, sugar, salt and tahini. The flavours of it take me down memory lane. Salted cod aubergine is another dish that I grew up with in my hometown, where we eat specially dried and preserved seafood with aubergines. For me, stinky seafood is the best accompaniment for aubergines. It was a very common dish in people’s homes when I was growing up, but I don’t know if the younger generation still cooks it.

Our chicken popcorn is more a Taiwanese style chicken popcorn. When I was little, food stalls sold chicken popcorn outside my schools’ gates. When you finished school for the day and walked out of the gates, there was your chicken popcorn. It was always the best moment of my day. Our tofu four ways is inspired from a restaurant in West Beijing, far away from the centre, where I used to go to a drawing class in a Christian art studio before I went to art college. It was very strict, and I had to practice drawing for 12 to 14 hours every day with no access to the outside world. When my mum would visit me, she would take me to this restaurant nearby, and tofu four ways was my favourite dish there. I still remember it so clearly.

Tongtong: The amazing breakfast noodles and rice noodles in my hometown, and my grandma’s homemade fermented sweet rice wine.

Peiran: Menzi is a very special dish in my hometown. It’s basically made from sweet potato starch which is set, dried, then pan fried. It has a golden, crispy layer on the outside and a jelly-like texture on the inside. In its most basic form, it goes with raw garlic, sesame paste, peanut butter, soy sauce and chilli oil. Fancier versions are cooked with prawns, squid and sea cucumbers. My first food memory is eating menzi in the tent of a street food stall when I was five. I called the owner Menzi Gran, as my mom took me there everyday. Other early food memories revolved around dumplings, of course! In my family, we made dumplings every Sunday.

What advice would you give to people who are thinking about opening their own restaurant? 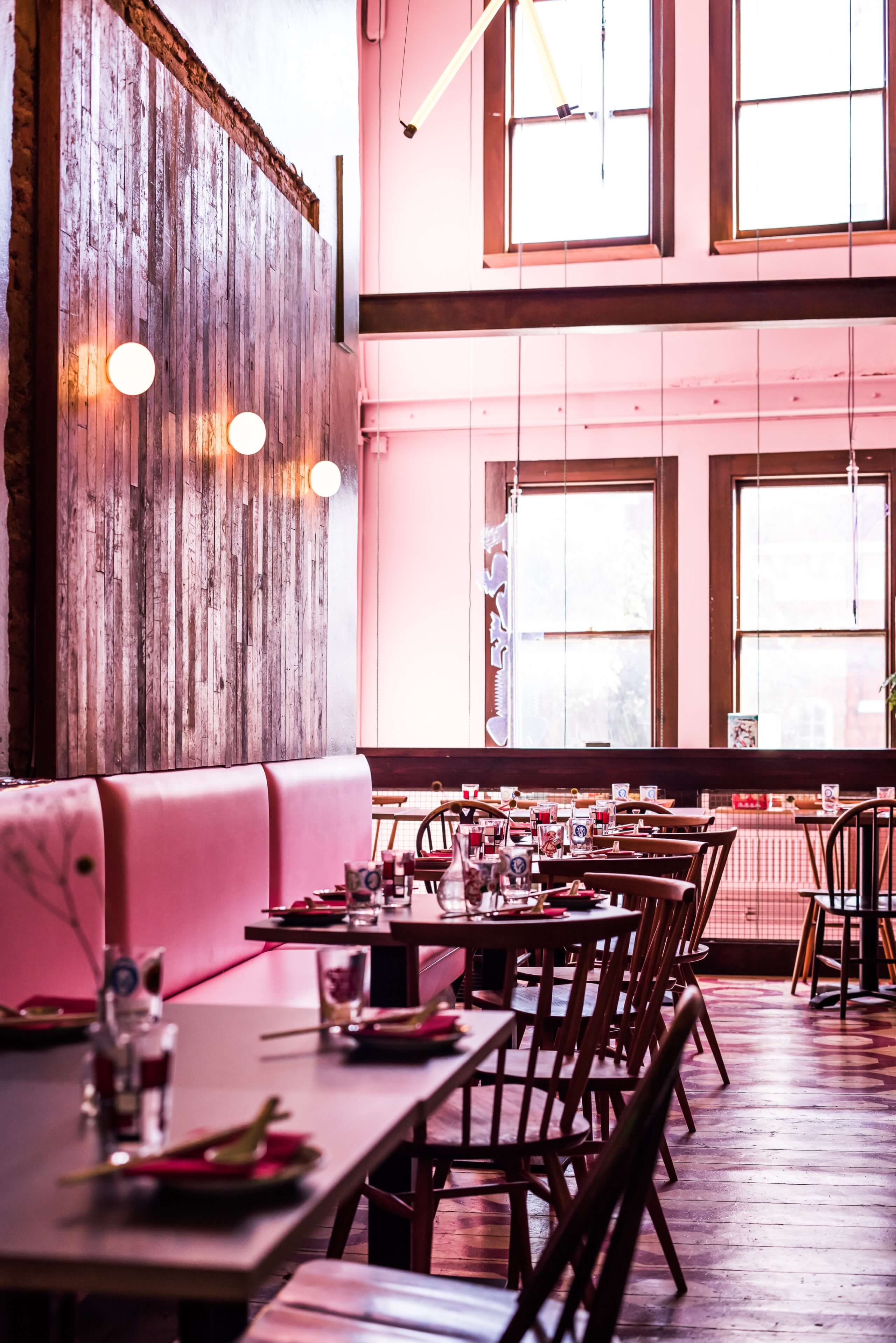 Tongtong: Make sure you really want to do it and that cooking for people is what makes you happy. Cook honest food to share with people.

Peiran: Follow your heart and cook the food that you truly believe in. Also, be prepared for never getting enough sleep!

Tongtong: For dinner, it has to be the lobster tail on bing, Manchurian lamb, and the chilli cumin lamb.

For breakfast, my favourites are cong you bing with bacon and egg, the Chinese date and goji berry granola with coconut yogurt and the egg hug dumpling.

Peiran: My favourites are the Manchurian lamb, chicken carcuss, cong you bing, tofu curd, congee, black tahini whelk, and mapo clams – mapo sauce is just so good with everything.

What do you think of the food scene in London?

Tongtong: I really like the way Londoner’s think about food; the respect that they have for the ingredients, the appreciation that they have for homemade produce. People eat out in London a lot which gives chefs a really good platform, and chefs are very respected as a creative profession, which is great.

Peiran: London is a great city for food, but I would like to see more diversity.

Favourite place for breakfast in London?

The cafe in Billingsgate Fish market. It is best either when you get up early and go around 6:30am, or go there after all-night drinking…

Favourite place for a coffee in London?

Apart from Chinese Laundry – where do you like to eat Chinese food in the capital? 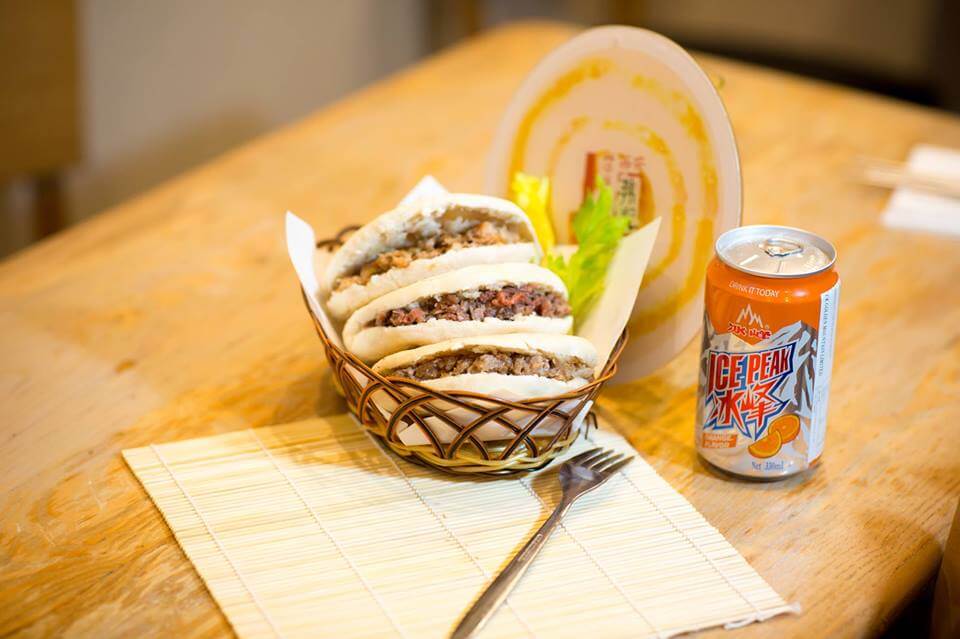