Alain Coumont is clearly not a man who sits around. The founder of bakery chain Le Pain Quotidien has only just flown in from New York, but as we arrive at his countryside home near Montpellier, he’s busy at work inside a restored street food van, pushing gloriously abundant pizzas into a wood fired stove. There are cheeses, home produced wine, tomatoes from the garden and slabs of einkorn bread, of which more later. 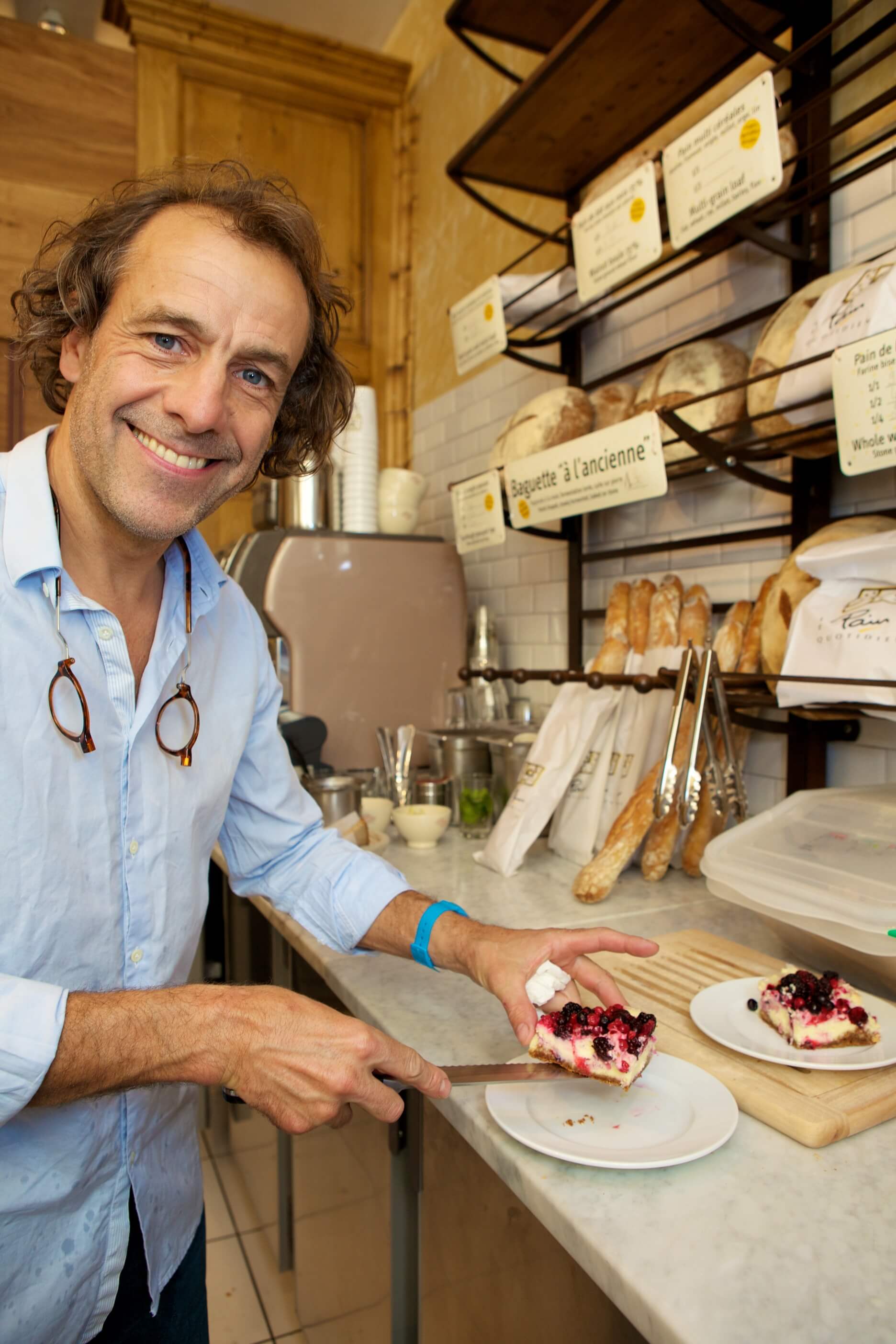 Coumont grew up – quite literally – above the shop: a grocery store which his parents ran in the French speaking part of Belgium. “It was very practical for shopping!” His grandparents ran a hotel restaurant and 26 years ago, he set up his own place, baking bread in his spare time as a hobby. “I wasn’t happy with the bread I could find locally. And baking sourdough is such a slow process, it had gone out of fashion.” He began selling a handful of loaves made at the back of his restaurant – before opening a tiny shop in central Brussels, with a single coffee machine, a communal table and a few pastries. “Then suddenly there was an article in the main Brussels newspaper and the next morning a queue of 50 people outside the door!” The bread, he said, started to sell “like crazy”, and the LPQ franchise was born. His communal table philosophy became the heart of the new cafe business – along with a commitment to old fashioned baking techniques and organic produce. 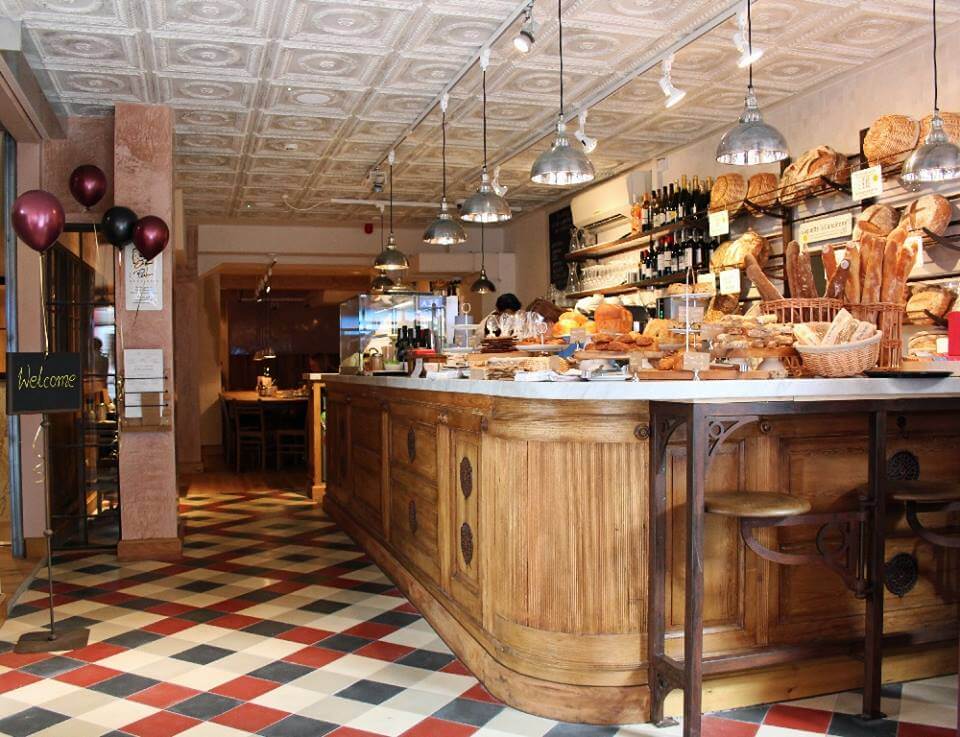 His new plans involve going even further – back to ancient wheat varieties like the einkorn bread we’ve been enjoying for lunch, not an easy task at a commercial level. Coumont is clearly passionate about the project: “Wheat has become so manipulated by mass production. It’s now a big commodity. It’s been developed to have very strong gluten because that helps industrially produced bread keep a consistent quality. But it’s not good for you. Ancient wheat – which has to be organic – is high in protein but has much weaker gluten”. It’s harder to bake with, he says, citing all sorts of science – but far better for public health. “It’s a matter of educating people – there’s good and bad kinds of gluten.” He’s spent years developing growing and baking techniques to make his heritage wheat loaves a reality: they’ll start going on sale in Paris early next year. 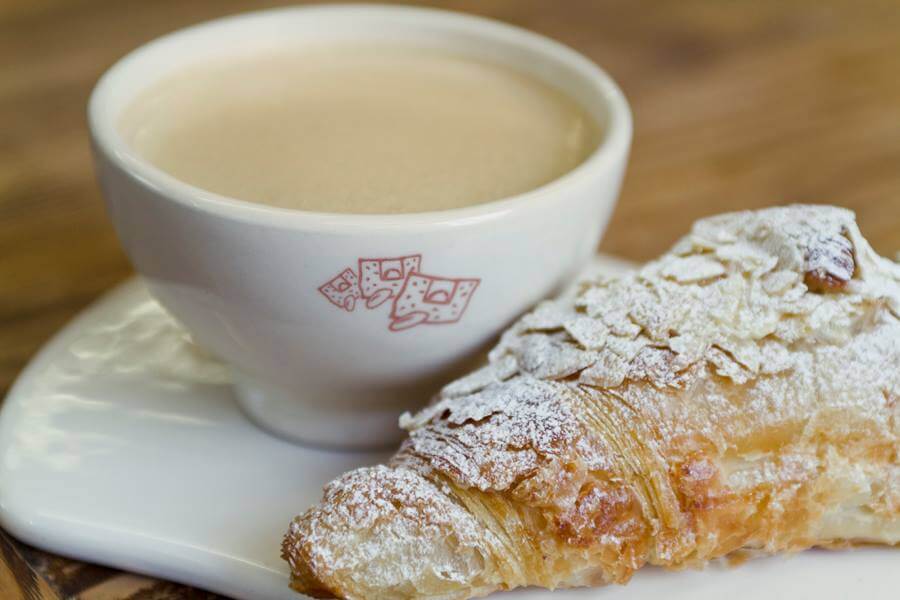 Coumont has turned his business into a worldwide success: there are now 269 cafes in 20 countries, most run as franchises with an operating HQ in New York, and local, seasonal variations to the core menu. “I’d still rather buy in organic produce grown without chemicals than purely local. It’s easy to eat local when you’re at home – but much harder when you run a restaurant and customers want berries with their breakfast all year round.”
By now we’ve segued from lunch, via the sprawling vineyard in the hills around his home, picking tiny sweet grapes destined for biodynamic wine, to the small but dreamy kitchen. The work surfaces are a riot of colour – ripe tomatoes, aubergines, figs, bunches of herbs. Alain is at the stove, grilling wafer thin slices of courgette and wrapping them around mini koftas of lamb, spiked with Moroccan spices. The next moment he’s toasting hunks of bread, the next – frying the figs with sprigs of lavender and local honey. He literally never stops. 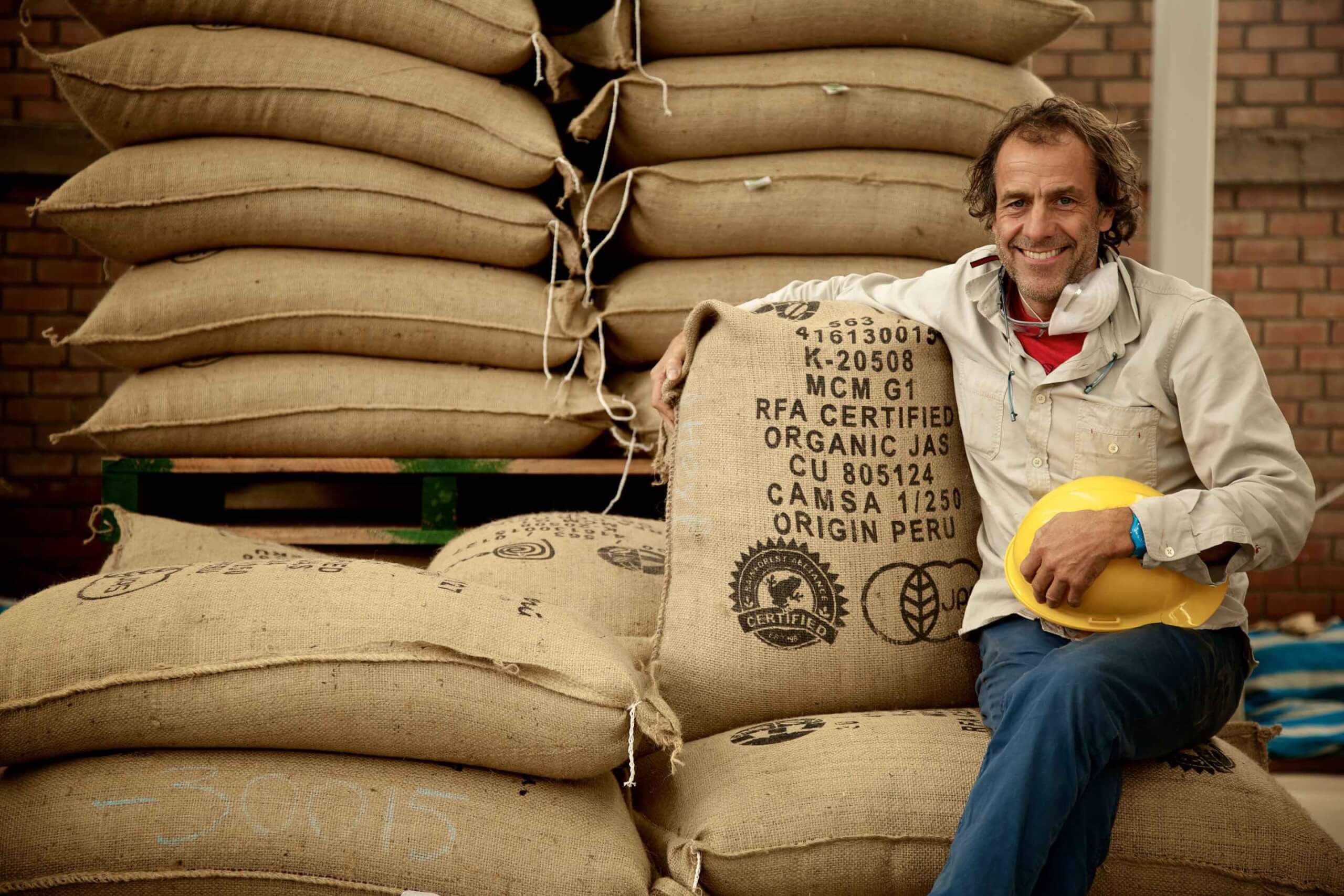 That goes for Le Pain Quotidien too: along with the einkorn project, he’s trying out a plant based spin off, The Botanist – where everything is not just organic, but vegan too. There’s already one in New York and plans for more. “Everyone should be a part time vegetarian” he declares, chopping tomatoes into tiny concasse. “Also, it would make our business easier! Some people come into the cafe and say – wow, I ate vegan food! It’s like they climbed Everest and had an adventure!”
We sit down to dinner – on the French side of late: the dessert of figs is served up at almost one in the morning. It’s all delicious, especially the bread – and sitting round his kitchen table, surreally under a portrait of Lenin (Alain’s taste in art is certainly eclectic), it’s easy to see why his communal table, veg-centric bakery idea has proved quite so popular. From a single oven at the back of a restaurant to hundreds of stores worldwide – here is proof that properly made bread and – yes – gluten, is firmly part of a healthy daily diet. Three cheers to that.
Share
Tweet
Share
Pin
0 Shares