Moving away from your home country and adjusting to life in a new one can be difficult, even when you’re moving between countries that share linguistics. But just because US and UK citizens both speak versions of the English language, this doesn’t mean an international move won’t still come with the risk of miscommunications and mishaps here and there.

To help make the transition to a new country and culture as smooth as possible, this article offers insight into potential language and cultural barriers you may encounter as a US citizen arriving in the UK – as well as information on what types of visa you may need, how national healthcare services work and even national dishes to get stuck in to. 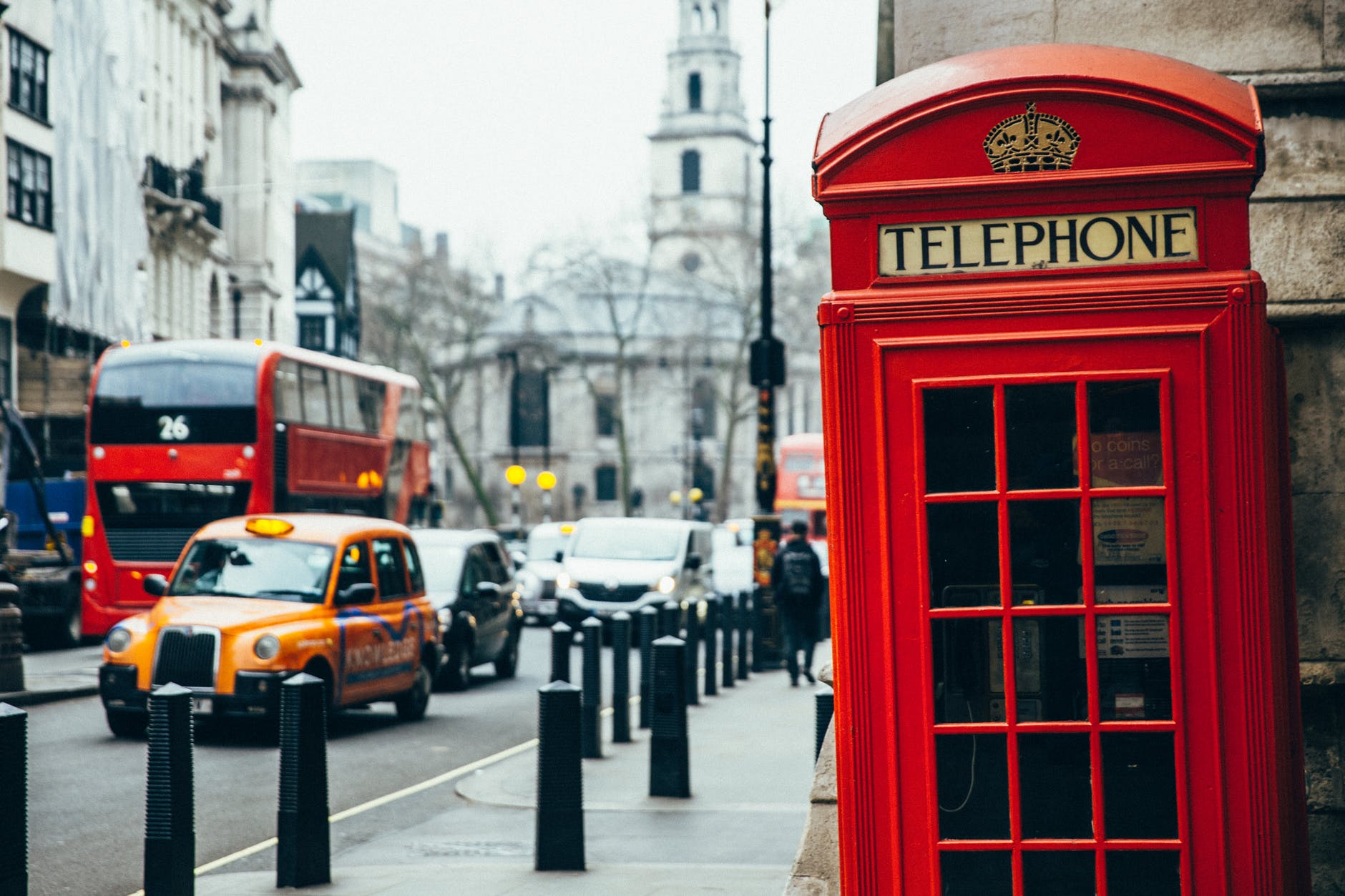 Even if you’ve never visited the UK before, you may already have some idea of what the culture is like. But as with every country and culture, there are certain aspects of British culture that you can only learn and truly experience by living in the UK.

“It’s the little things about British culture that can catch you off guard” says James, an American expat currently living in the UK, and the food culture is certainly one of them. For instance, when buying or asking for lemonade in a restaurant of café, don’t be surprised if you receive something more closely aligned with sprite. British lemonade is fizzy and not still unlike traditional American lemonade.

There are also plenty of food items you may have never heard of, but should definitely try. One example of this is the Cornish pasty, which consists of seasoned meat and veg inside a shortcrust pastry semicircle with a crimped edge. In fact, authentic Cornish pasties are even protected under EU law, meaning they can only be made in Britain’s most south-westerly county, Cornwall, and they must not be imitated anywhere else in the world. The British are serious about their pasties.

Another dish that you’re sure to come across when living in the UK is a true classic in British culture, the Sunday roast. This traditional dish includes meat – usually beef, turkey, chicken or lamb – with an assortment of vegetables, a Yorkshire pudding or two, and plenty of gravy. Experiencing local and traditional cuisine like this is a great way to really get to know the culture and can help you integrate further into British society.

Another important thing to get familiar with while living in the UK is the driving culture. Firstly, the British drive on the left-hand side of the road. Secondly, there’s not really any driving culture in terms of American-style road-tripping, which is most likely due to the UK’s congested roads. One positive aspect of driving in the UK is that you can use your American driving license for one year until you need to take a test.

An additional part of British culture that Americans may not initially think about, but may want to be aware of, is the culture around sports – namely the football (soccer) culture in the UK. If you’re moving to a city which houses a football ground or two, don’t be concerned if you see groups of pedestrians clad in bright colours flooding the streets from time to time. While British football fans can be notorious for their rowdy behaviour, this image doesn’t represent every football fan out there – in fact, there is a good sense of camaraderie and community in football. Even if you’re not a sports fan, football is nevertheless a large part of British culture.

Comparing the gambling culture of Britain and America is interesting. Both countries enjoy betting, but the way Brits gamble can be very different to Americans. For example, you’ll probably find at least a couple of land-based casinos in most UK cities. However, do not expect anything close to the glitz and glamour of Las Vegas. Britain is a lot more reserved than America. Also, while online gambling is only possible in a handful of US states, there are legal online casinos available across the UK. Once you’re an official British resident, you can deposit money electronically (a casino deposit via PayPal is a popular option in Britain) to start playing slots and casino games online using your computer or smartphone. This way of playing is very popular with British gamblers. 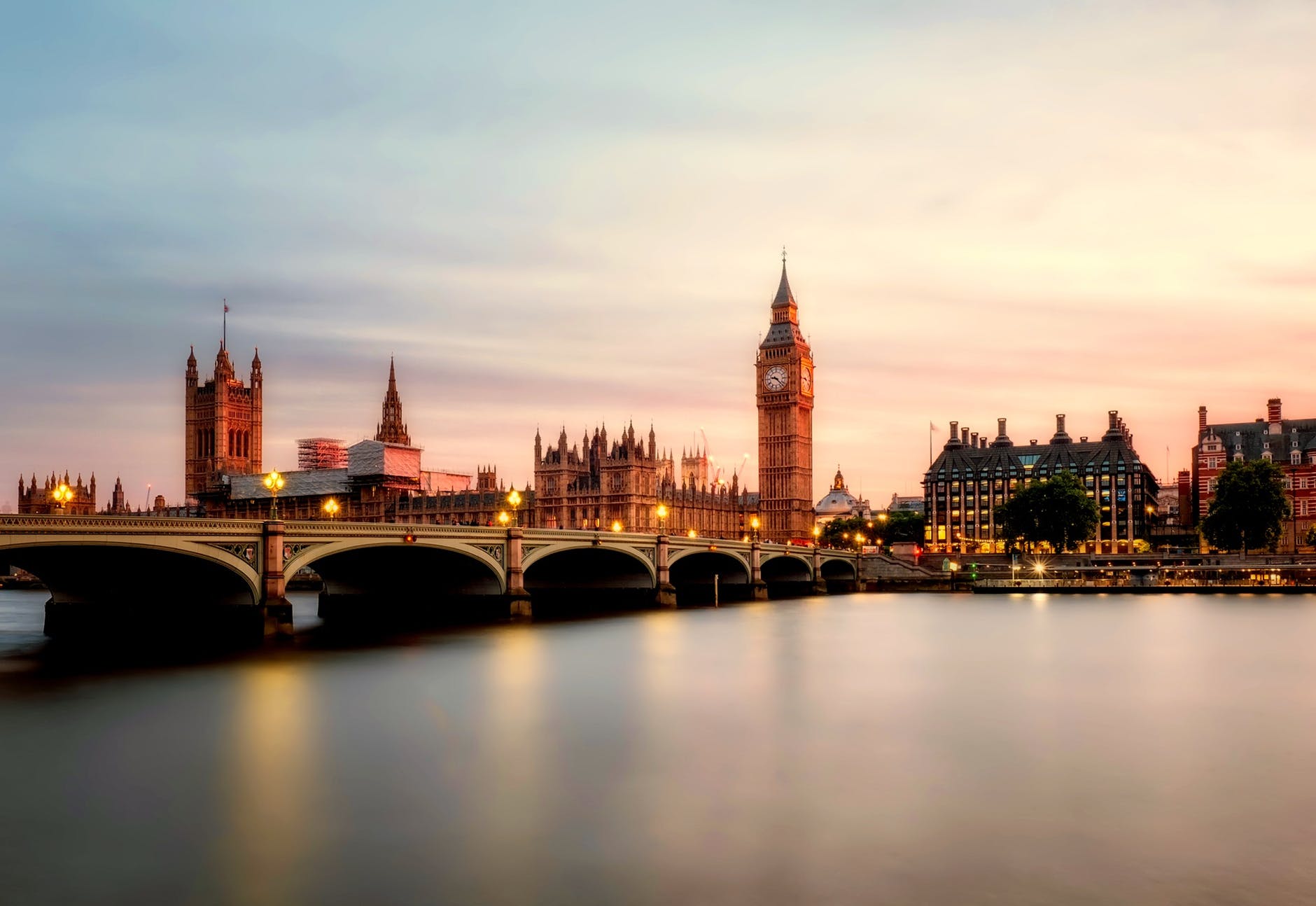 You may find yourself tackling certain “language barriers” when living in the UK – not language barriers in the usual sense, but more to do with unfamiliar phrases and colloquial language. James highlights how “it’s the little things that take some getting used to, for example common colloquialisms like “rubbish” (British) versus “trash” (American).”

There are also plenty of colloquialisms that the British tend to use that can appear unusual at first, such as “hammered” (intoxicated), “skint” (financial difficulties), “knackered” (tired), and “nicked” (stolen) to name a few. Unfamiliar and often comical words and phrases like these do sink in over time, so as the British say, “keep calm and carry on”.

Applying for a visa

Applying for a visa can be a long-winded and sometimes difficult process depending on your situation, so “be prepared for some stress” advises James. There are different types of visas you can apply for, including short-term visas (standard visitor visa, marriage visitor visa, and permitted paid engagement visa) and long-term visas (work visas and study visas). Make sure you have all the correct documents you’ll need to apply, as the requirements differ depending on the type of visa you’ll need.

Once you have all the correct documents, you can apply online by filling in an application form, and then you may have to pay a certain fee for the visa. Once you’ve done this, you’ll need to print out your form and book an appointment at a US Department of Homeland Security application support centre (ASC). You can find more information about the visa application process on the government’s official website.

The UK’s public healthcare system, also known as the National Health Service (NHS), is based on the notion that good healthcare should be available and accessible to all, regardless of wealth. While the NHS is free at the point of use for all UK residents, it is funded by obligatory National Insurance contributions deducted from eligible people’s wages. The amount you contribute depends on your employment status and how much you earn.

It’s also important to note that not every person is entitled to free NHS treatment in England – you have to be a UK resident to access free healthcare. While you are waiting for official residency, or if you will not be gaining permanent residency, look into international health insurance options to avoid any fees you may incur if you need to access healthcare services. Many people continue to use private healthcare services ongoing, as they can have shorter waiting times than the public service.

Whether you’re moving for work, family, or to just start afresh, the UK’s multicultural and welcoming nature makes it a great destination to settle down. And “even if you only know a little about the country before moving, take the chance – a leap of faith” says James. It may take some time to fully get to grips with the quirks and perks of living in the UK, but hopefully, this guide has given you some insight into what it is truly like to live in the UK.