It came as a big surprise to Angelica when I announced I was doing Veganuary.

‘You’ll last a week’, she said as I was furiously shovelling Tabasco-laden poached eggs into my mouth. You see, my track record is meat with everything and eggs for breakfast – an absolute vegan nightmare. Anyway, I’m a week in and I can report my fridge is now stocked with tofu and my freezer makes me look like a Linda McCartney poster girl. After waking up from a boozy night out, and hankering for mountains of carbs, I knew I had to discover London’s finest vegan pizzas. I’ve swam through vats of tomato sauce, tried my fair share of vegan cheese and I have a new found respect for chilli flakes. Here’s the best vegan pizza in London, get a slice of the action: 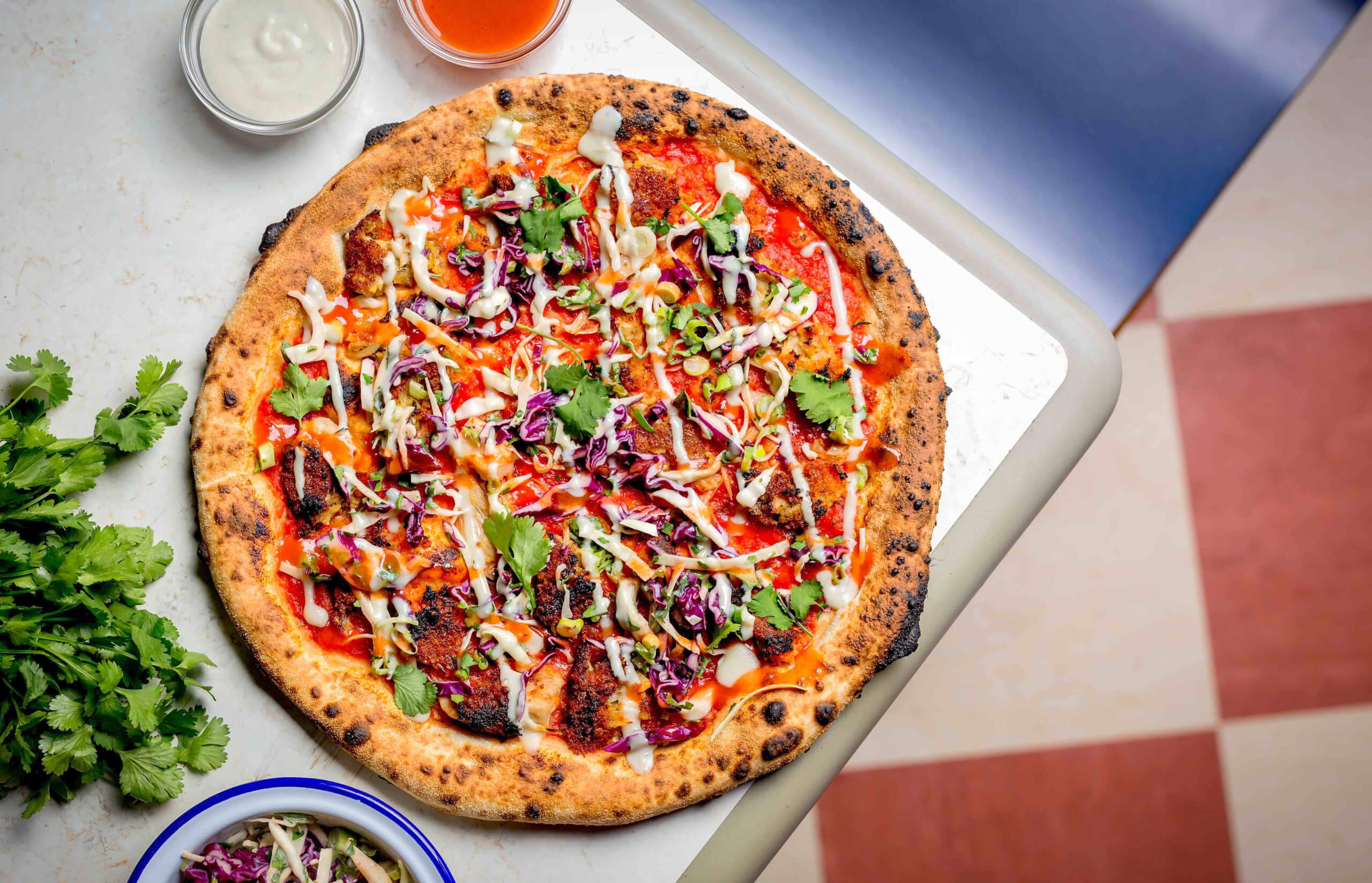 2. For All the Vegan Pizza: Fed By Water 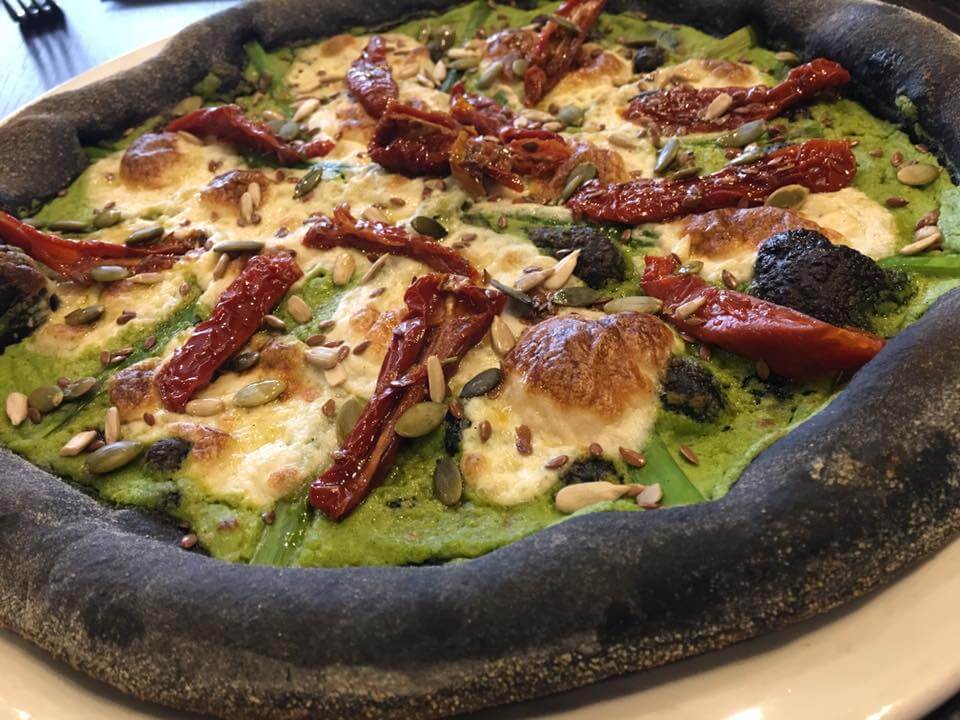 The Run-Down: The team at FED by Water rustle up vegan Italian bites that would make your Grandma Norma dig in for seconds. The restaurant focuses on an alkaline Mediterranean plant based diet that encourages healthy living, and they totally overhauled their menu last year to a fully vegan offering. One of the best vegan places in London for Italian food; there’s everything from bruschetta to pizza, pasta and delicious sharing starters.We’re particularly fond of the Esotico pizza – featuring a standout medley of home-made ‘burratina” soya cashew cheese and sun-dried tomatoes. 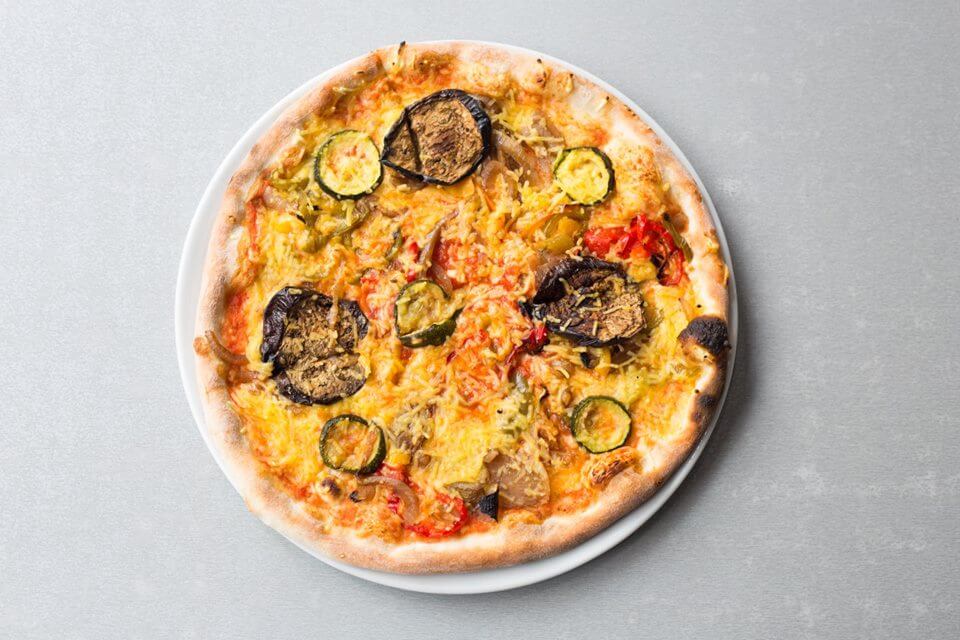 The Run-Down: ICCO is one of those places that seem to attract everybody and anybody; lunchtime eaters and late night munchers. It’s super casual here – order at the till, before plonking yourself at one of the communal, metal-topped tables. This is by far the best place in town for a pizza under a tenner. There’s only one vegan option on the menu, but it’s a belter. Aubergine, courgette and pepper is the holy trio – add some melted vegan cheese into the mix, and then you’re really onto a winner. One of the best vegan pizza in London when you’re on a budget! 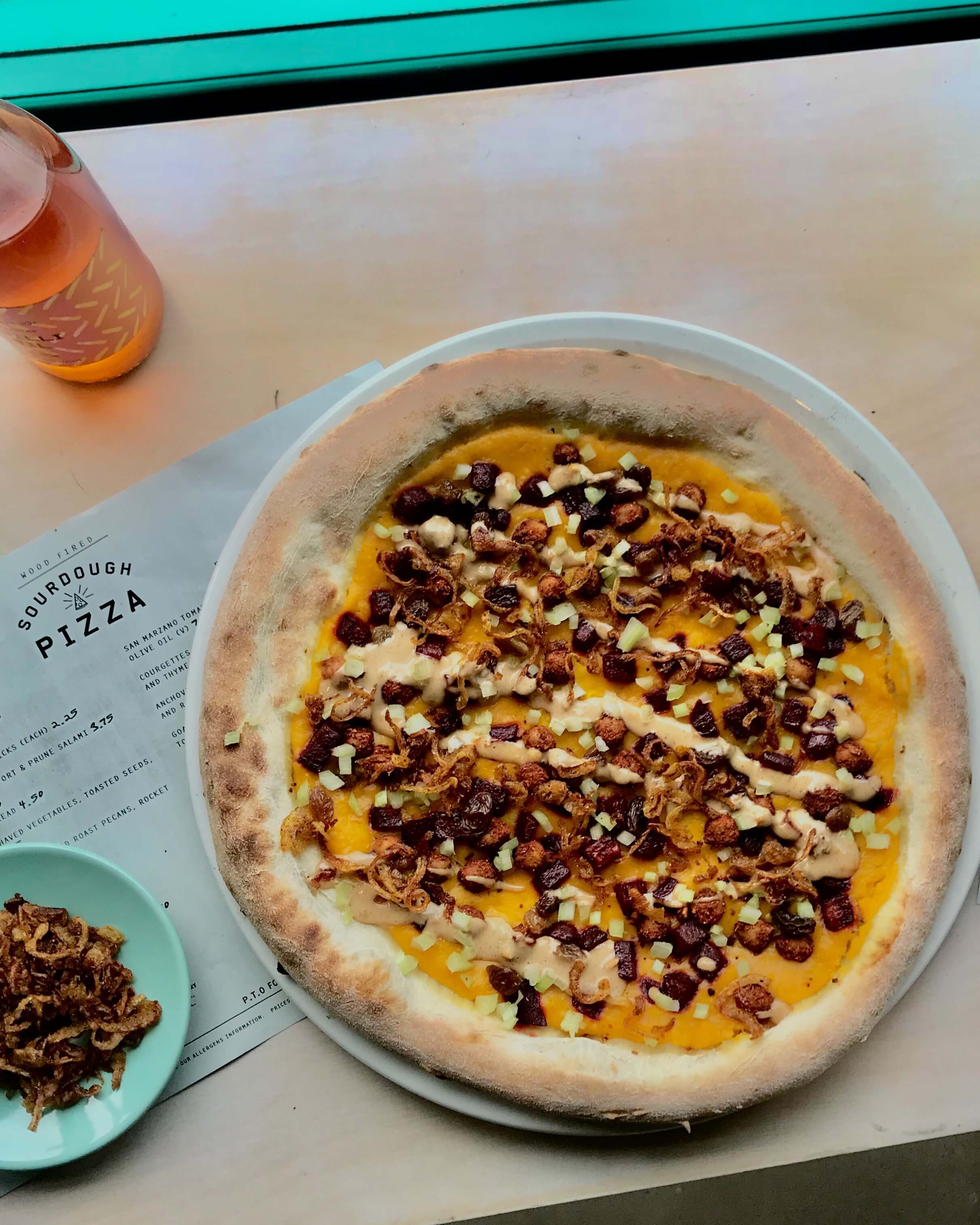 The Run-Down: Let’s address something here: 400 Hundred Rabbits has partnered with Pip & Nut to create a peanut butter pizza. And man, that make us happy. Available throughout January at both of their south London restaurants, the pizza features Crown Prince squash pesto, wood-roasted beets, Berbere chickpeas, crispy onions, celery, sultanas, plus Pip & Nut Crunchy Maple Peanut Butter. It shouldn’t work, but it does. It really does. One of the best vegan pizza in London right now, we say. 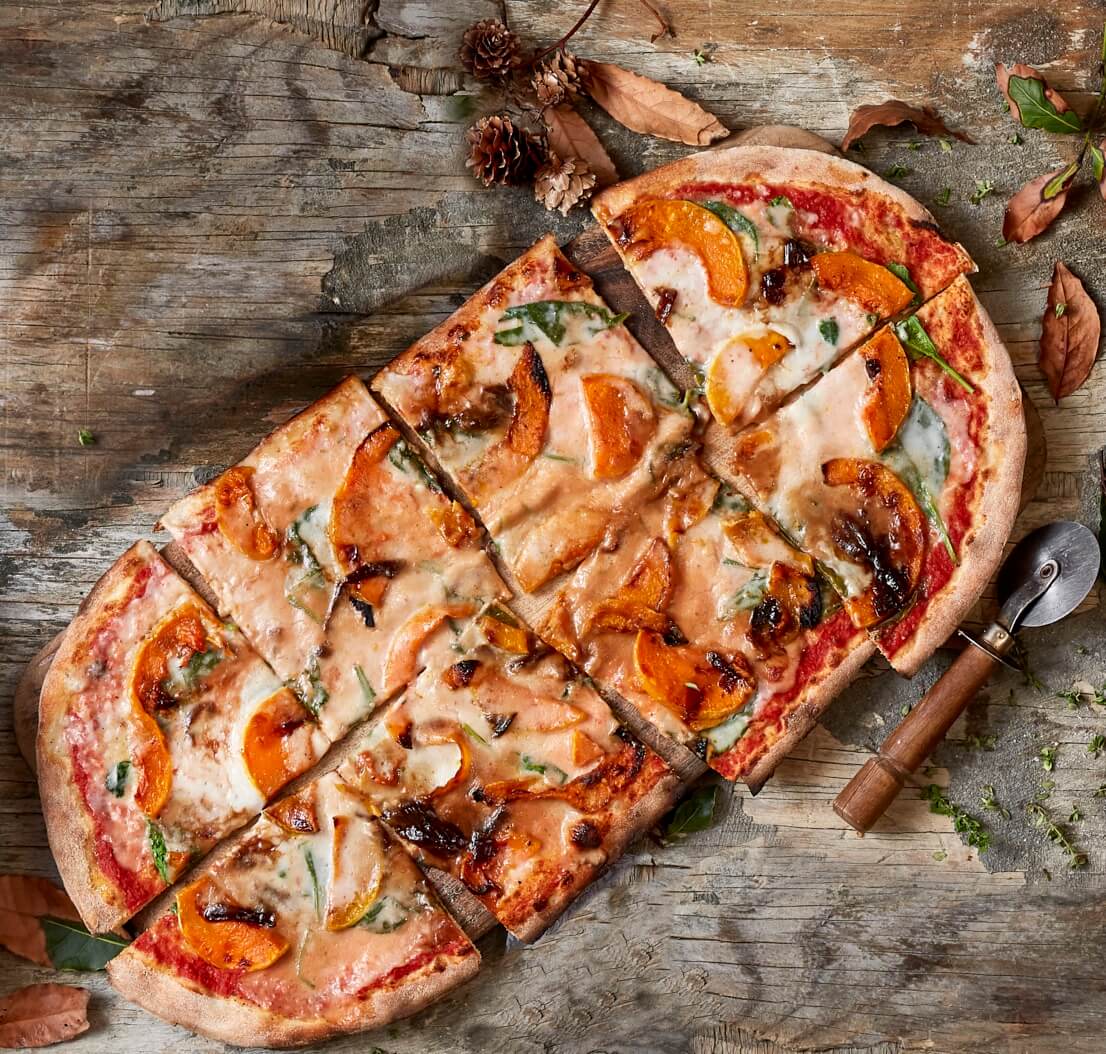 The Run-Down: We have a soft spot for Zizzi, and we don’t care who knows. Pretty forward thinking for an Italian chain restaurant, Zizzi have heard the faint cries from the plant-powered pizza lovers and now offer a complete vegan menu. For best bang for your British buck, their  vegan rustica pizza, a hearty combination of tomato, vegan mozzarella alternative (made with coconut oil), roasted butternut squash, caramelised balsamic onions and spinach ticks all the boxes . The cheese is melty, the tomato sauce is plentiful and we dig the sticky, sweet onions.

6. For a Vegan Special: Martello Hall and Canova Hall 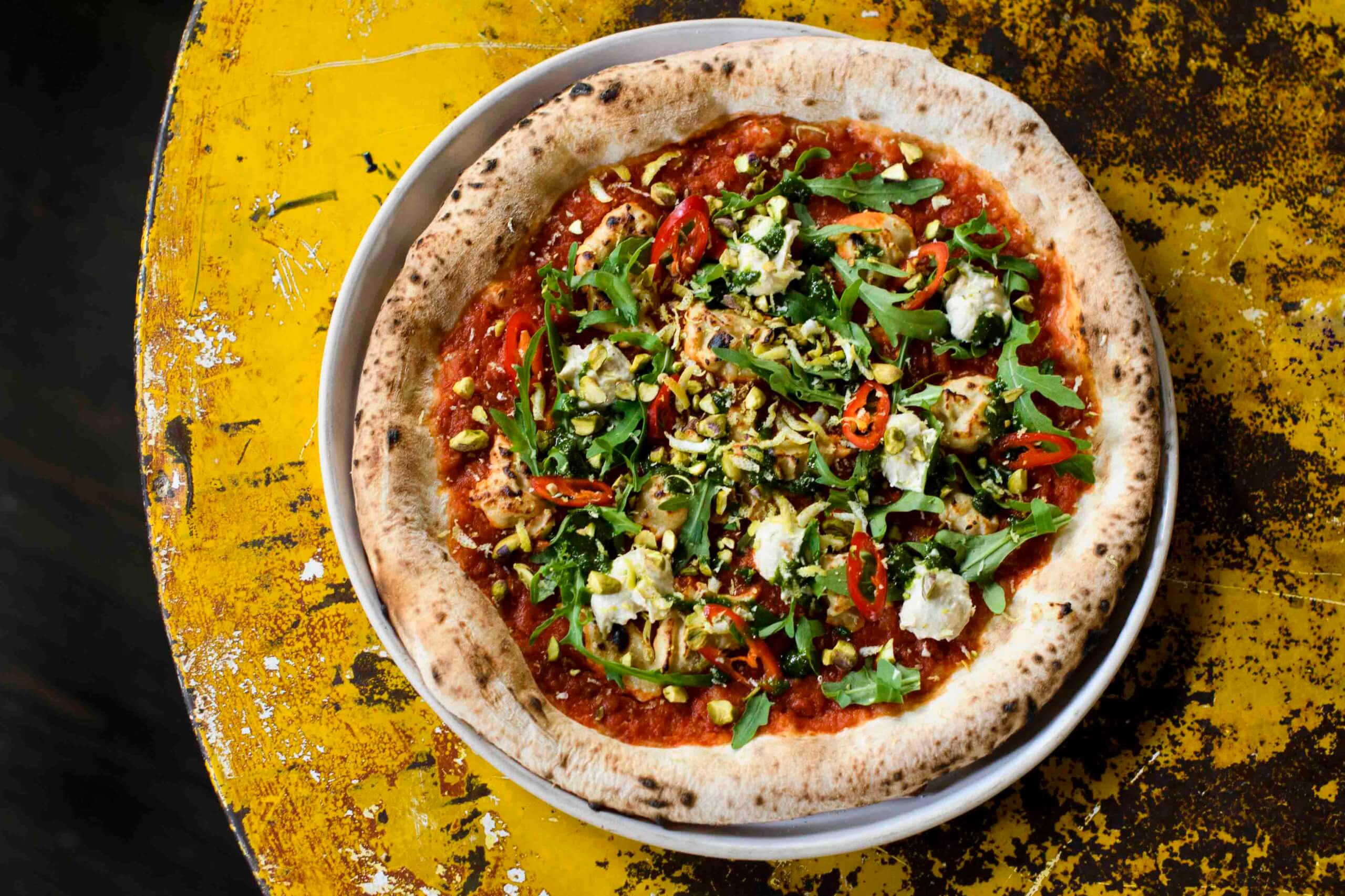 The Run-Down: Martello Hall in Hackney and Canova Hall in Brixton excel in two things: vibe and pizza. There’s vibes everywhere – you’ll be bombarded by all the sweet, sweet vibes. Anyway, if you’re not coming for the vibes (which, really you should be), come for their excellent pizzas. In celebration of Vegnuary, the kitchen wizards have whipped up the Vegan Viking. Fresh 48hr fermented dough is topped with cashew cheese, smokey tomatoes, pistachio pesto and finished with red chillies, rocket, mint with a squeeze of lemon. 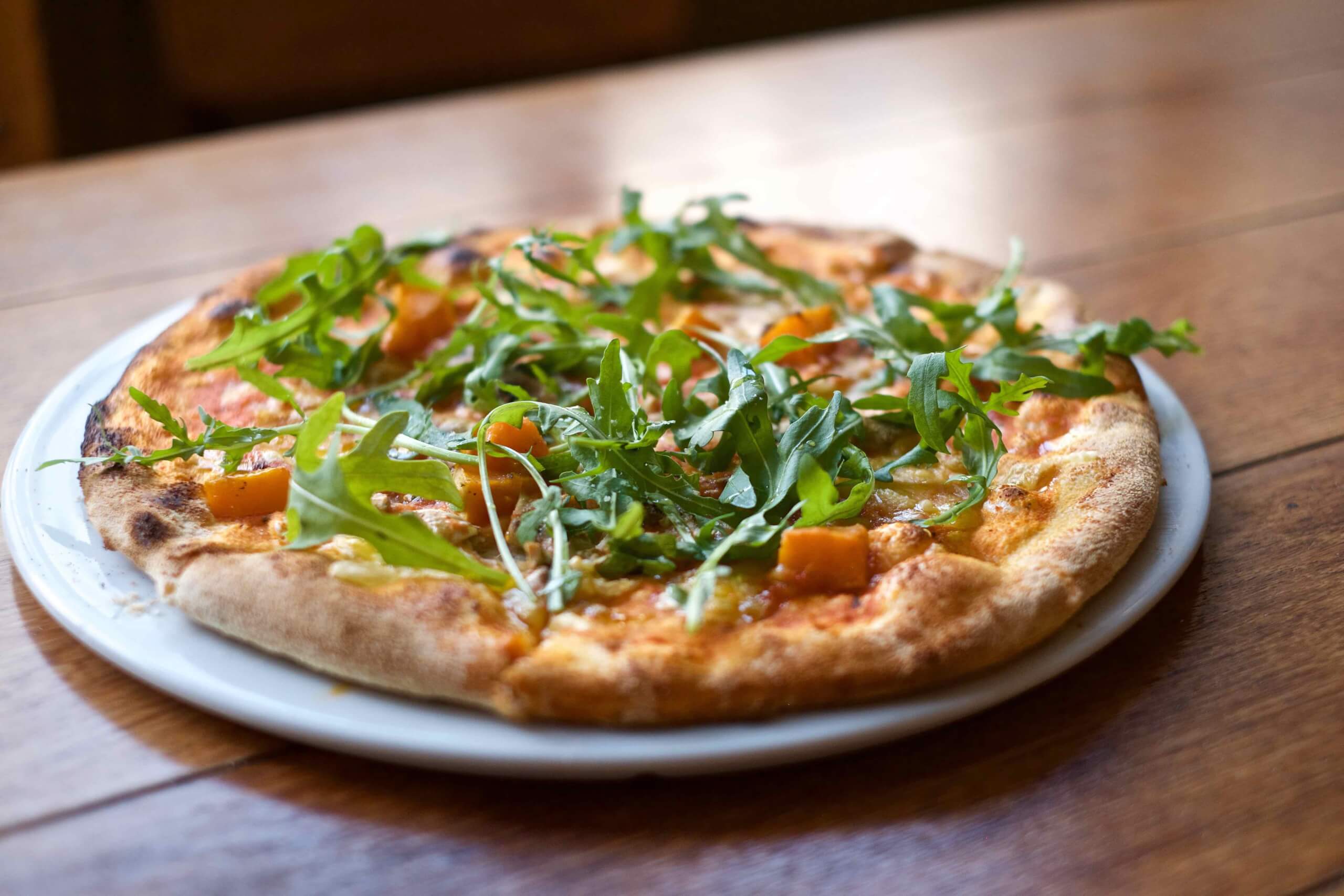 The Run-Down: Wedge Issue brings a slice of the US West Coast to the streets of Clerkenwell with their thin crust, Pacific-style pizzas. All pizzas are made from dough that’s been proofed for a full three days and a sauce that’s crafted the traditional Neapolitan way using nothing but sweet, uncooked San Marzano tomatoes. Their vegan menu is pretty mega and features a whole host of delicious offerings (6 options if you’re wondering). Try the The Maribel with sliced spicy vegan chorizo, it’s tasty AF, and its possibly better than the other meaty numbers.

8. For Vegan Pizza by the Metre: Firezza 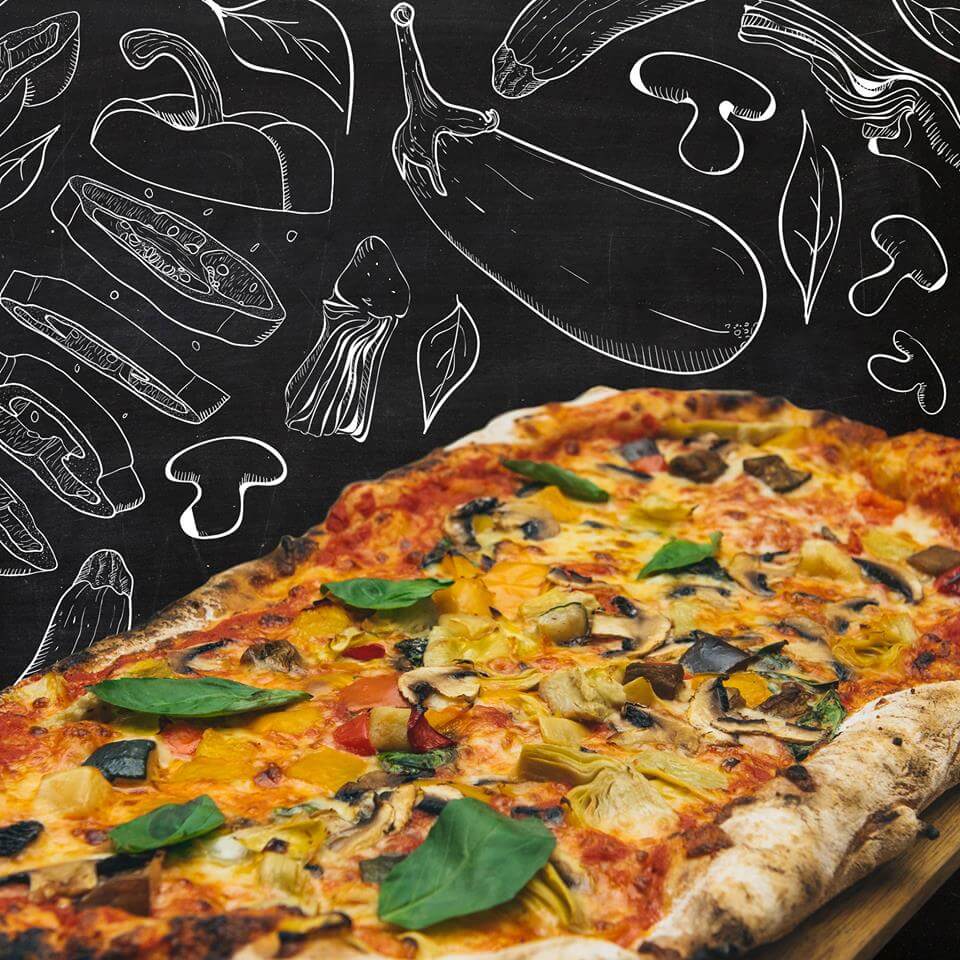 The Run-Down: Firezza do things a little differently when it comes to pizza, they serve their doughy creations by the metre (apparently it’s the true Neapolitan way). One of the first pizza chains to get involved with the vegan love, dairy-free cheese is available at no extra charge on any of their vegetarian pizzas, all you have to do is specify you don’t want any other cheese when ordering. All pizza used fresh ingredients, and their speciality dough is hand-stretched, and fire-baked at 400°C.

9. For a Vegan Extravaganza: PickyWops 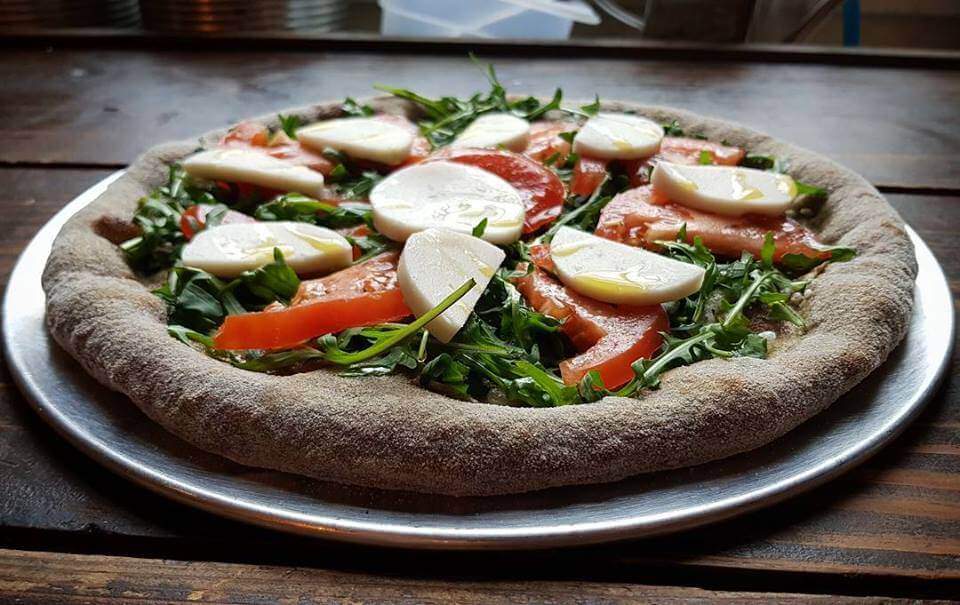 The Run-Down: PickyWops is the perfect example showing plant-based diets are anything but dull. After transforming their pizza menu to 100% vegan last year, PickyWops’ pizzas are innovative, a bit off the wall, but most of all, they’re ludicrously delish. Seitan-based meats are a regular fixture on the menu, and you can munch down on pizzas topped with seitan doner meat, seitan sausage and seitan ham. Vegan or not, this place should be on your list 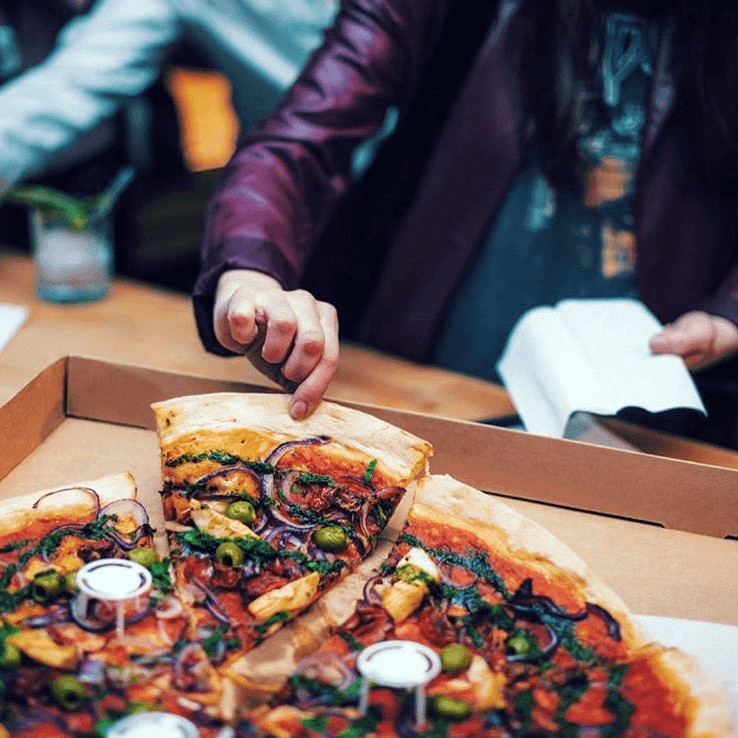 The Run-Down: Voodoo Ray’s have been slinging vegan pizzas long before everyone jumped on the meat-free bandwagon – they make the best vegan pizza in London, for sure. The Queen Vegan is an ode to less is more: just loads of veggies on a thin and crispy base. While the pizza is lacking any form of vegan cheese, the outcome is still a sloppy, enjoyably filthy New York-style pizza. When it comes to this pizza, order the whole pizza, or go home.