London is once again welcoming new restaurants to the fold – and this month there’s plenty of variety to suit every taste and budget. Whether you’re in the mood for cheese scones (we always are), or knock your socks off ramen, we’ve listed our favourite restaurants opening in our fair city this month: 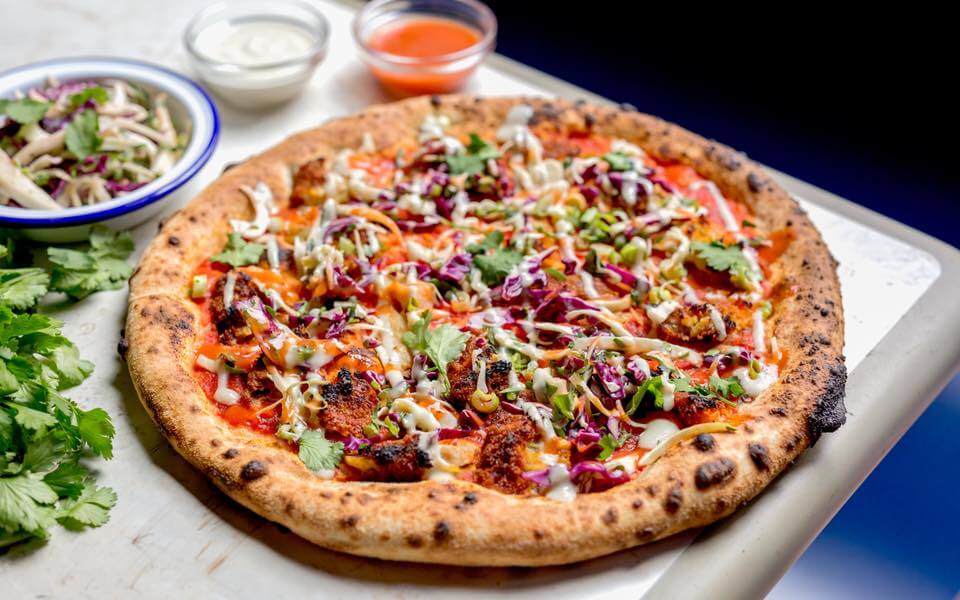 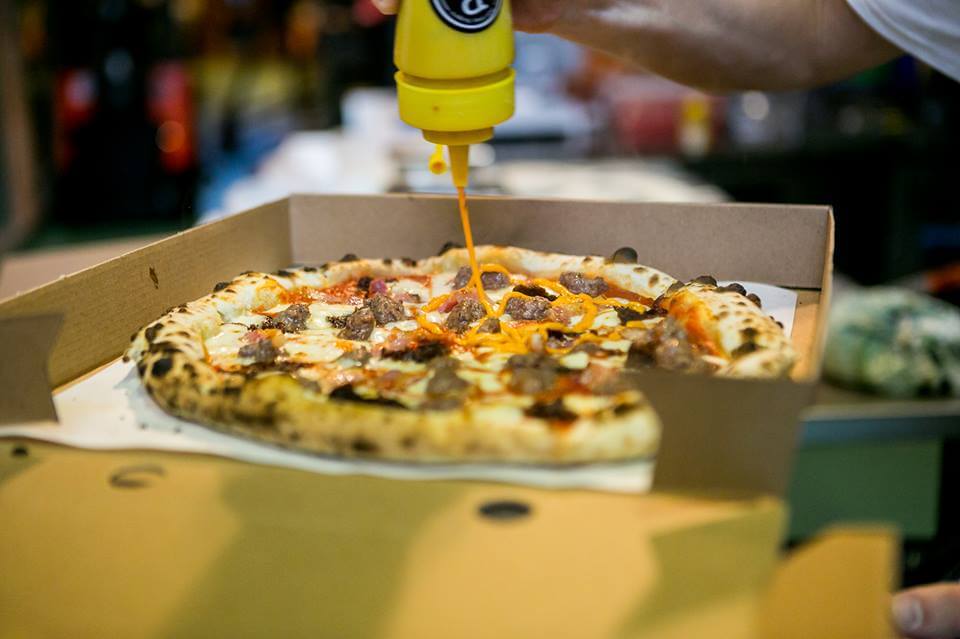 What: Pizza lovers of East London, unite. Yard Sale Pizza are heading to Leytonstone with the opening of their fourth site. Following the same award winning formula expect homemade dips, salads, and the infamous cheese and marmite garlic bread.

Eat and Drink: Each pizza is handmade from double fermented dough in either 12” or super-size 18”, then topped with the finest ingredients, before being stone baked for perfect bubbly crusts. Try out the likes of the signature Holy Pepperoni with Cobble Lane pepperoni, Napoli piccante, and crumbled Nduja sausage or the equally popular TSB with tender stem broccoli, parmesan, pine nuts, garlic and olive oil.

Gimme More: To celebrate the new opening and an amazing past year, Yard Sale will be treating Leytonstoners to a launch giveaway extravaganza. From Monday 12th March, the gang will be offering 50% off pizzas for dine-in and takeaway only for one week. 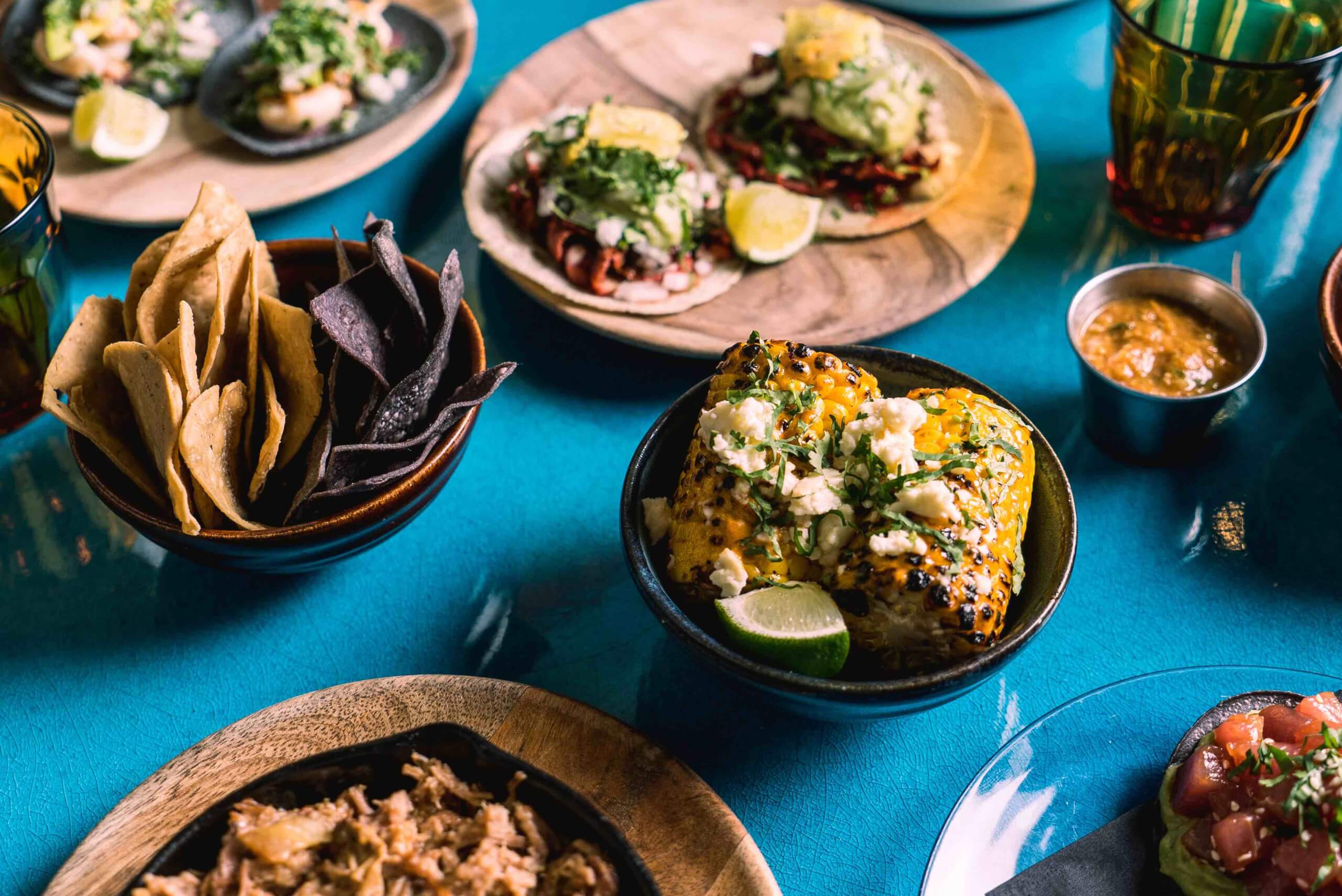 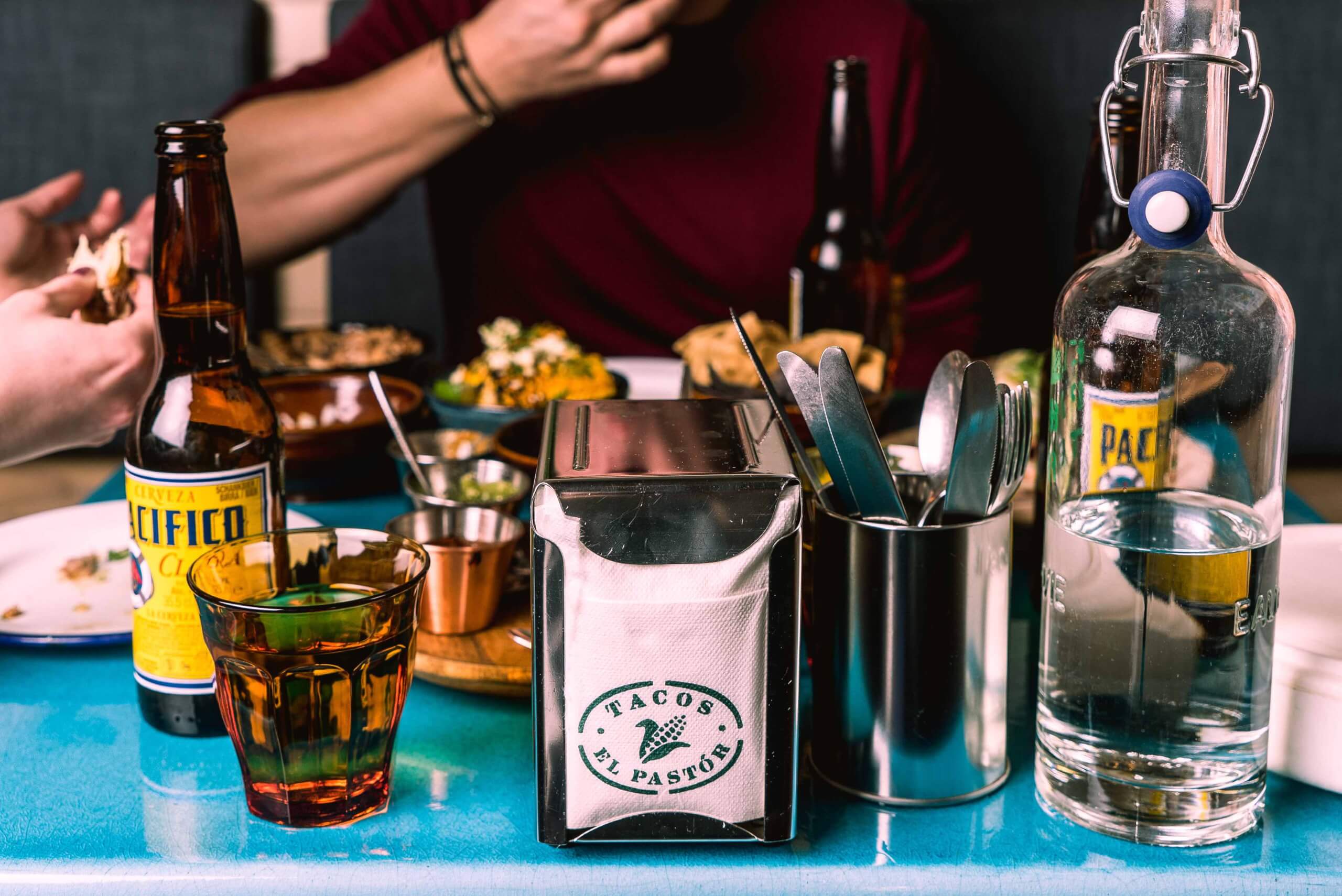 What: Hot hot news: Sam and James Hart and Crispin Somerville, the trio behind El Pastor, are opening a tortilla factory on Druid Street later this month. The best kind of party is a taco party, and the tacos ain’t gonna stop here as a new tortilla machine has been ordered in from Mexico, producing 12 tortillas per minute.

Eat and Drink: The tortilleria will make fresh tortillas from scratch every day, using Mexican heirloom corn (maize). These tortillas will be available to take away, along with freshly made El Pastor salsas, fresh tomatillos, serranos, jalapenos and other fresh chillies, Mexican-style cheeses from Gringa Dairy, tortilla presses, Mezcal and Mexican beers; all the essentials for preparing Mexican food at home. There will also be a taco bar, serving up the freshly-made, warm tortillas in a short menu of tacos, including the namesake Al Pastor, with 24-hour marinated pork shoulder, caramelised pineapple and guacamole taquero; and the mushroom taco with caramelised onion and melted Oaxaca cheese.

Gimme More: The taco bar will serve Mexican beers, agua frescas and El Pastor’s first batch of its own Mezcal, made in partnership with Mexico’s La Clandestina mezcaleria and their master mezcalero, Don Guillermo Abad.

3. For a Debut Restaurant: BRAT 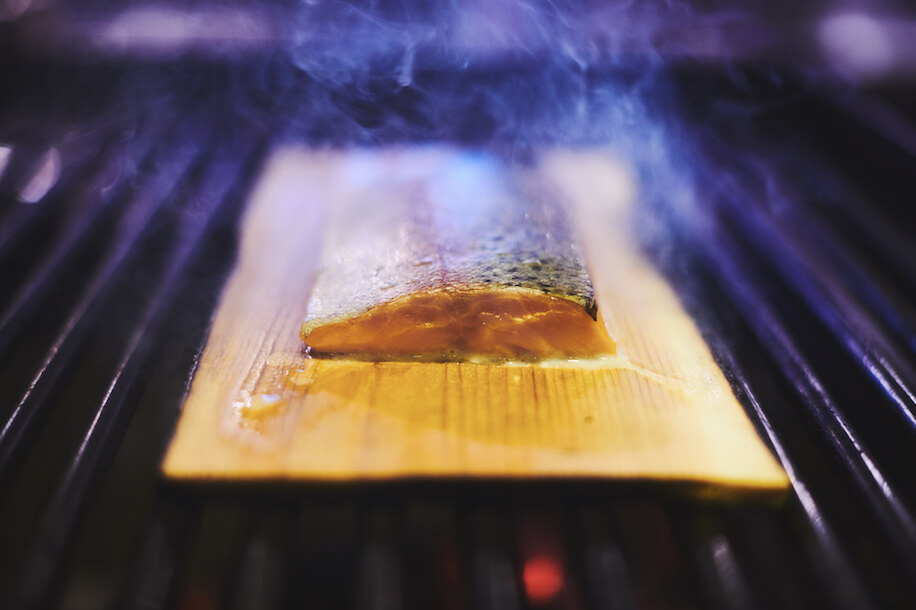 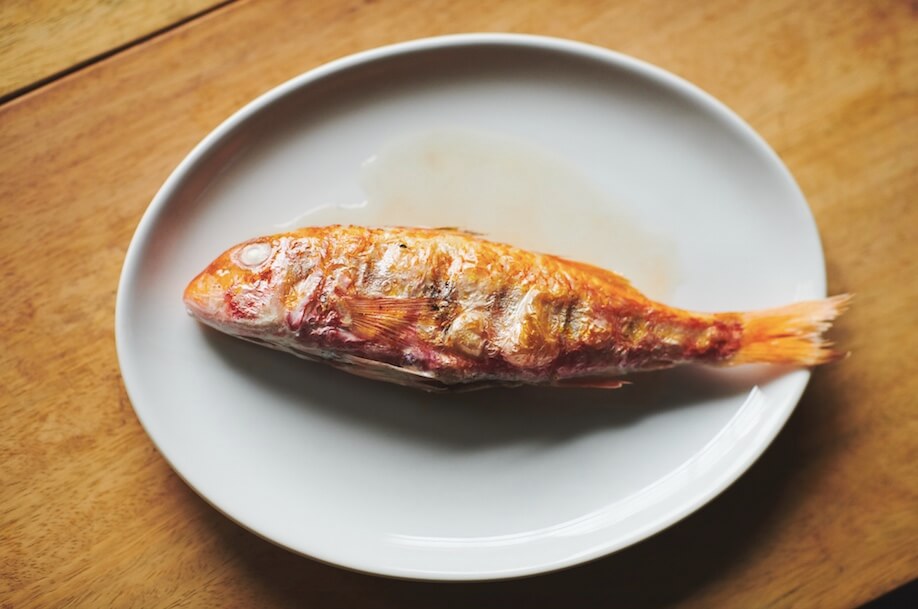 What: Having previously worked at Kitty Fisher’s Tomos Parry is going it alone, and is set to open his debut restaurant, Brat, on Saturday (17th March). Originally a colloquial term for ‘turbot’, BRAT draws on Tomos’ Welsh heritage and influence from the Basque region of Northern Spain, with a menu favouring seasonal British produce, cooked on an open fire wood grill.

Gimme More: Tomos will be collaborating on the wine list with Keeling Andrew & Co, the new wine import company set up by the founders of Noble Rot. They will be focusing on an approachable list, with a few interesting wines from old cellars alongside a list of sherry’s they are beginning to bring into the country. 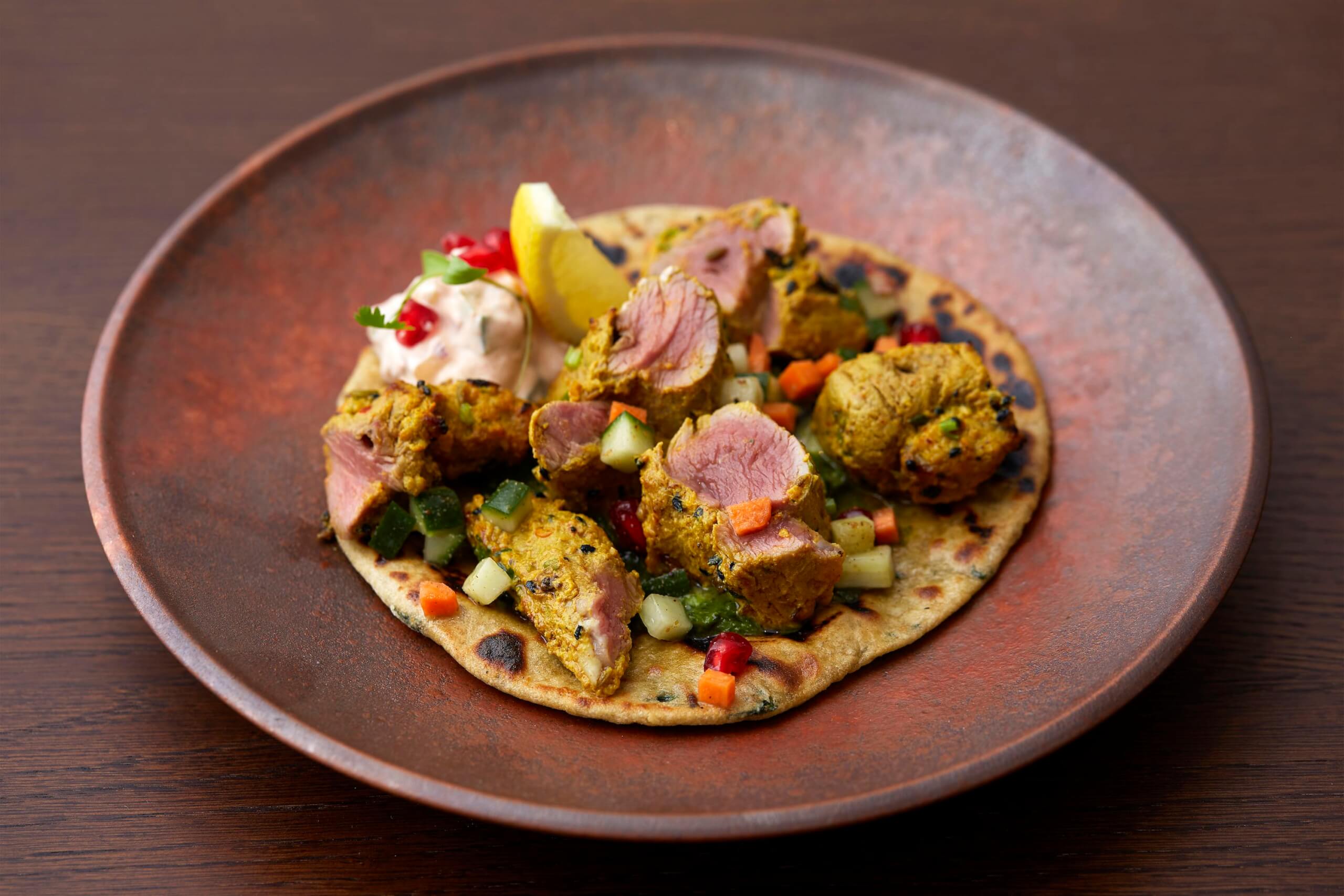 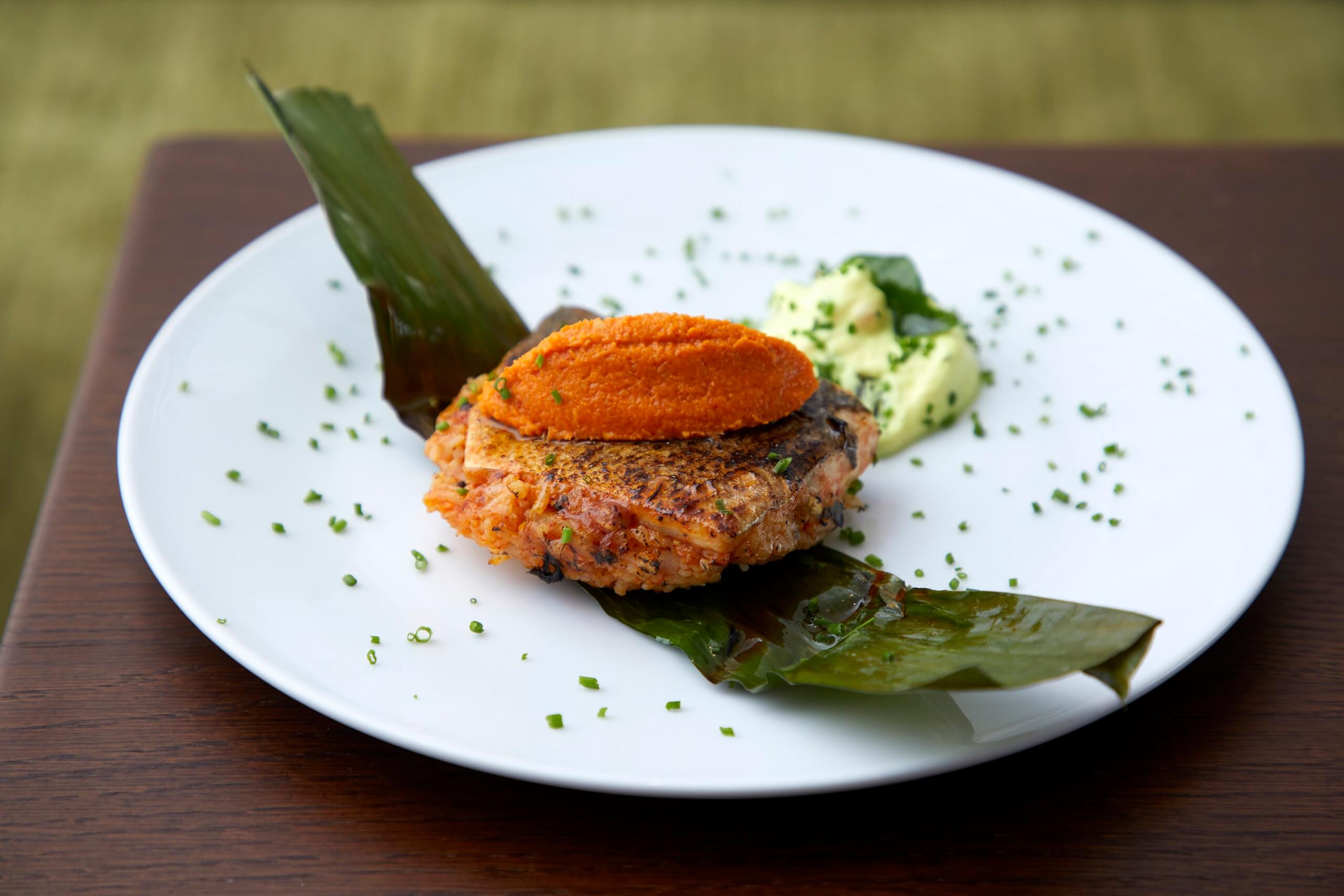 What: Battersea Power Station is set for a heavy forecast of spice thanks to Vivek Singh’s latest restaurant Cinnamon Kitchen, opening in late March. The sleek, urban-inspired restaurant located within a quirky railway arch will be open for brunch, lunch and dinner as well as cocktails and light bites seven days a week.

Eat and Drink: The kitchen will serve up seasonal dishes with Vivek’s trademark modern Indian flavours. Laal Mass, a fiery Rajasthani lamb curry; chargrilled seabass in a banana leaf parcel and vegan bitter melon with buckwheat and amaranth seeds are standout dishes alongside a tasting menu of Vivek’s highlights. 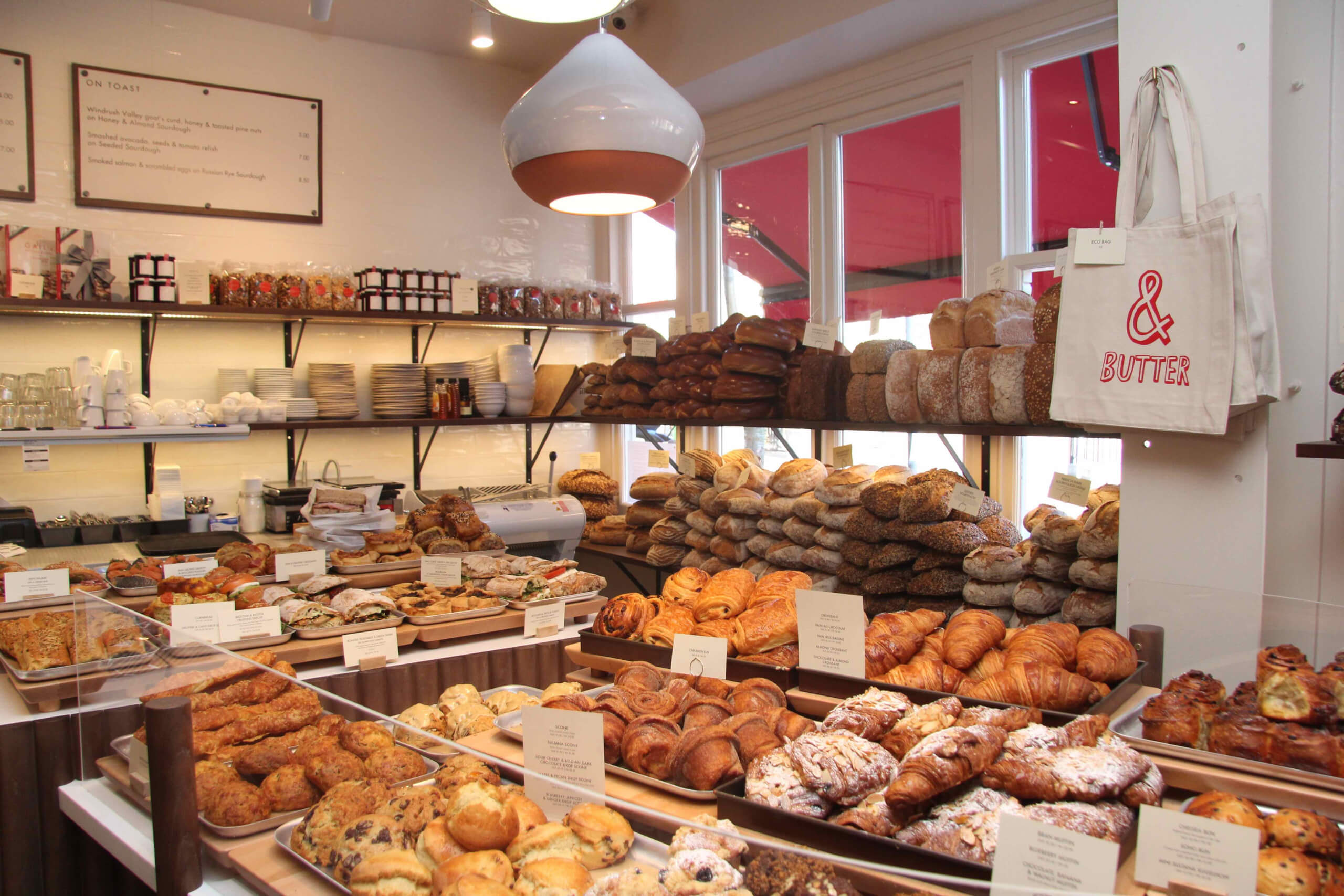 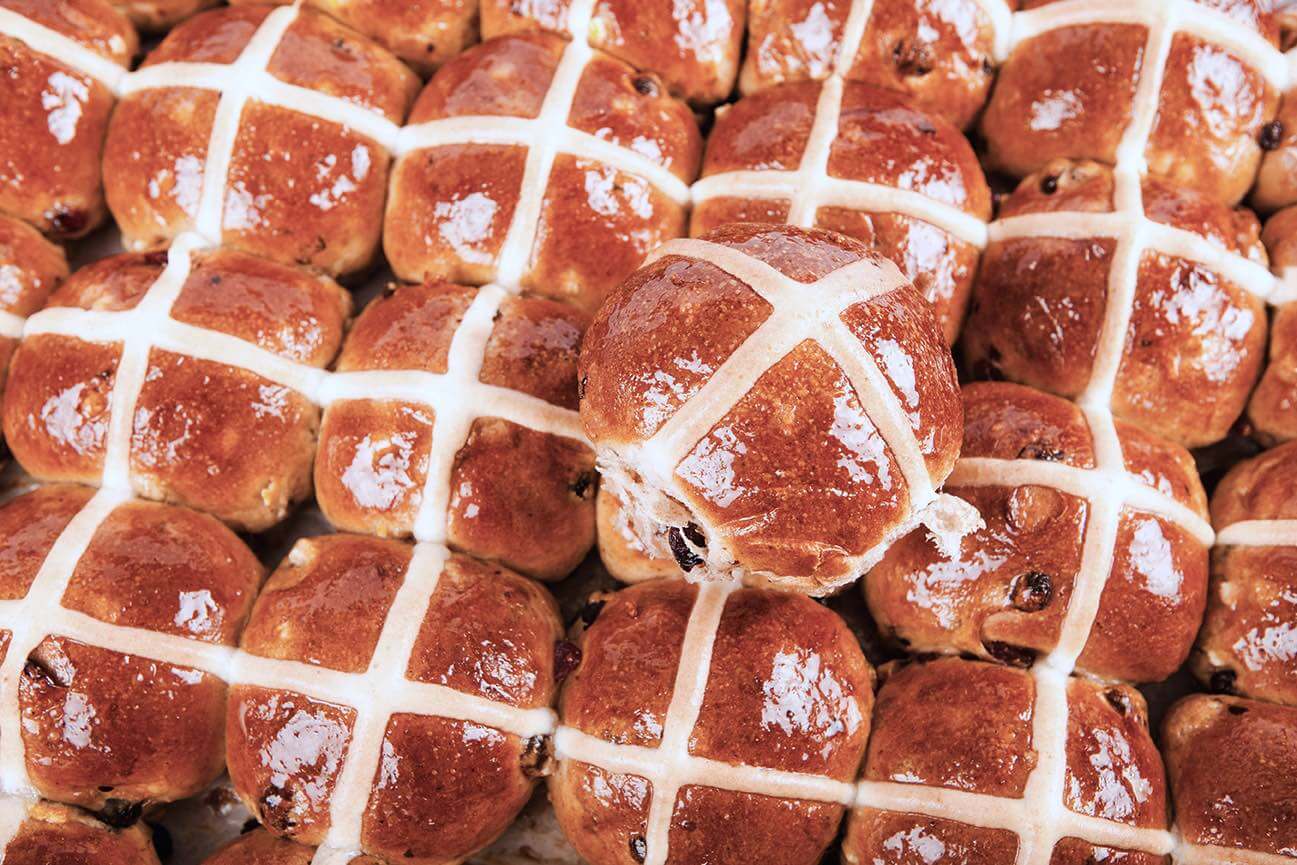 What: This is the best thing to happen in Camden since the beginning of time. Our office is conveniently  located round the corner, and we can’t wait to get our paws on their freshly baked goods. If, like us, you’re a resident of North London, get yourself down to Gail’s Camden from 8th March.

Eat and Drink: GAIL’s bake over 30 types of bread every day, including classics such as GAIL’s French dark sourdough, baguettes, rye loaves and fruit breads. Breakfast is also served until 3pm every day and features granola pots with Greek yogurt and fruit compote, sweetcorn fritters with guacamole, and shakshuka with sourdough. And for lunch, there’s salads, sarnies and that insanely moist carrot cake.

Gimme More: Alongside GAIL’s expert bakers, their specialist baristas will be serving the unique GAIL’s House Blend to Camden customers. 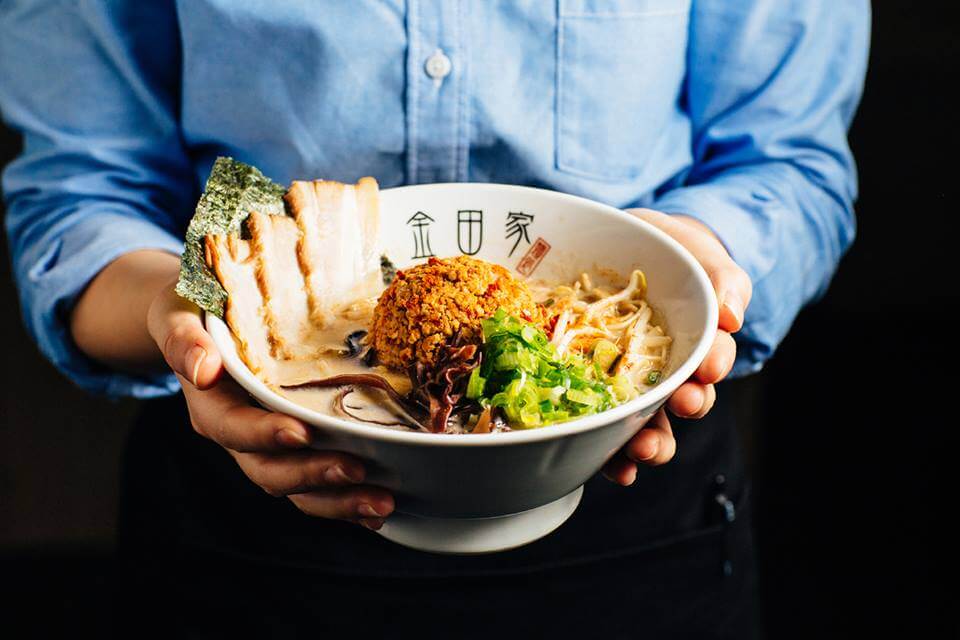 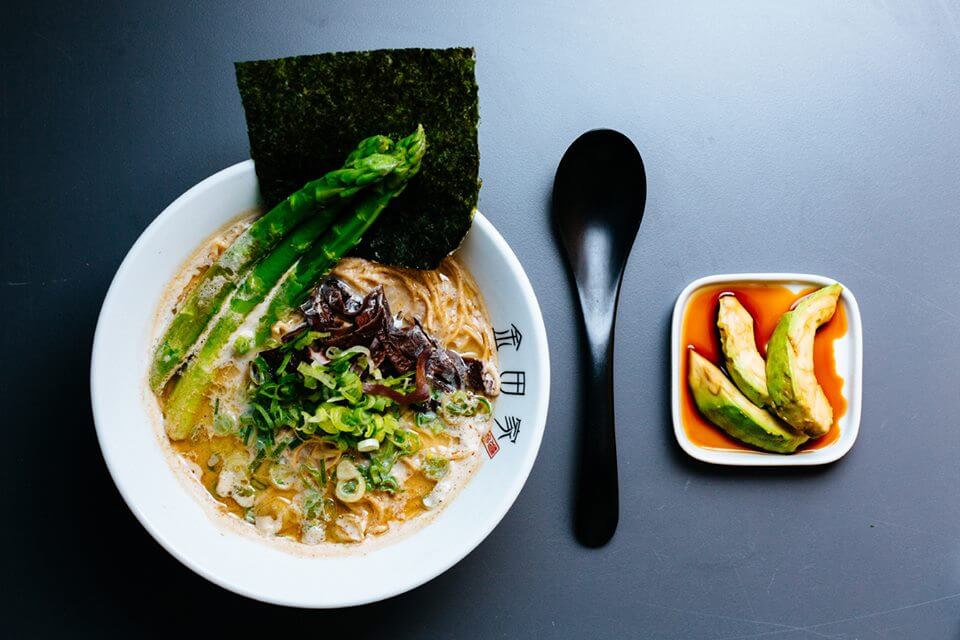 What: Ramen kings Kanada-Ya are bringing their famed broth-y numbers to Upper Street, Islington. The third site from the Kanada-Ya team will open on 22nd March and will feature their signature ramen and other Japanese bites.

Eat and Drink: Specialising in authentic Tonkotsu ramen, the noodles are made on-site with a special machine, imported from Japan, that uses a very specific brand of flour, enriched with the right protein content and alkaline salts to produce a bouncy, firm noodle capable of standing up to the rich broth. Kanada-Ya’s classic ramen consists of noodles, tonkotsu broth, secret sauce (imported from the original restaurant, and hand-made by Mr. Kanada), wood ear fungus mushroom (kikurage), finely sliced spring onion, chashu pork belly and a sheet of nori.

Gimme More: Kanada-Ya plan to extend its menu with the addition of gyoza later in the year. 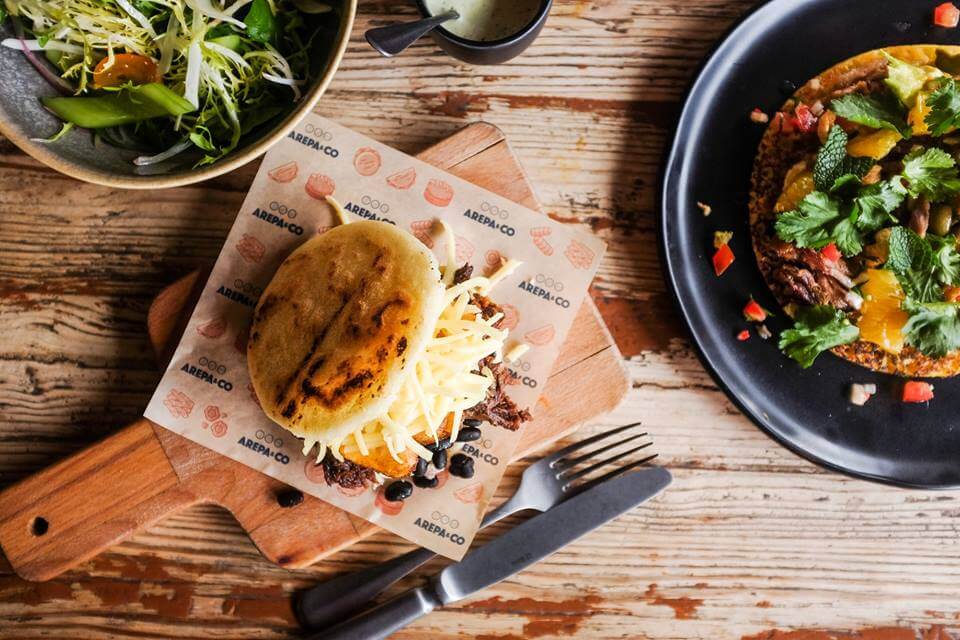 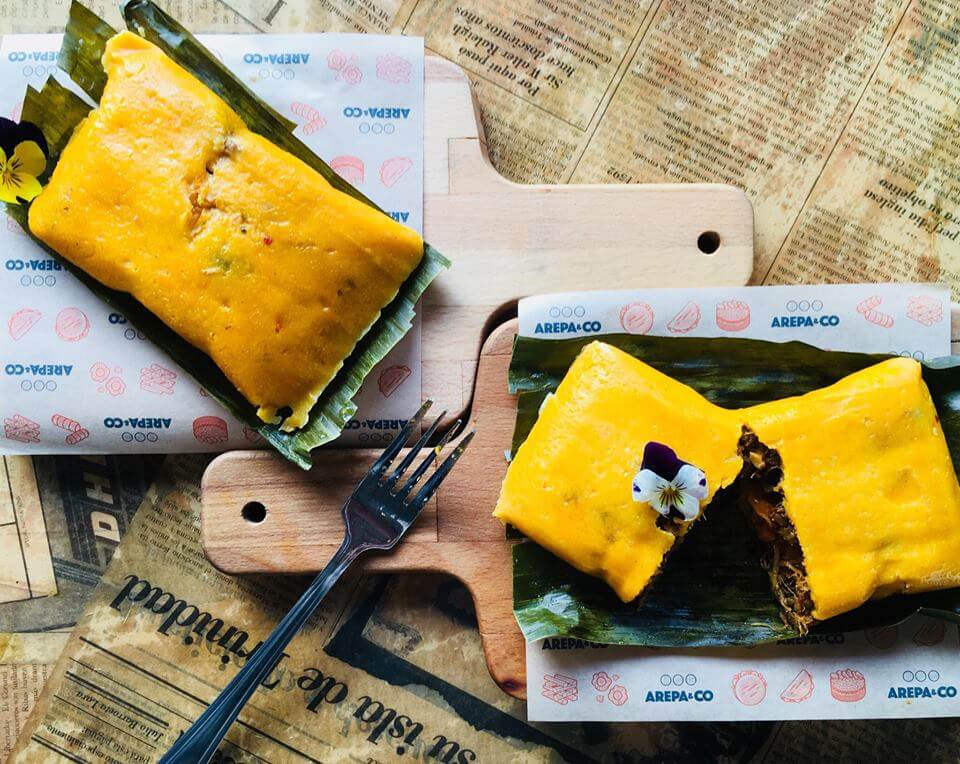 What: Arepa & Co will throw open the doors of their second restaurant on Bethnal Green’s Paradise Row at the end of this month. The new restaurant will mark the next chapter in the Arepa & Co story, arriving at Paradise Row with a host of brand new dishes rooted in Venezuelan cuisine, but drawing influence from the wider South America and beyond.

Eat and Drink: For the new opening, Arepa & Co have created a brand new menu which features Venezuelan classics and a brand new selection of arepa fillings, as well as small plates of Pastelitos, light and fluffy puff pastry parcels, and Hallaquitas, steamed corn dough balls. There will also be traditional dishes of crispy fried plantain, and Tequenos, a cheese stuffed pastry with a guava sauce. New arepa creations will include fried chicken, soft shell crab with chilli mayo and the Sabich, with roasted aubergine, pineapple and coconut chutney and pico de gallo.

Gimme More: On Saturday’s and Sunday’s Arepa & Co brunches will inject some South American sunshine into the weekend, with breakfast Criollo, Cachapas ‘La Previsora’, corn pancakes layered with grilled bacon and cheese, and Funche, a cornmeal based with beef stock, streaky bacon and sugarcane syrup. 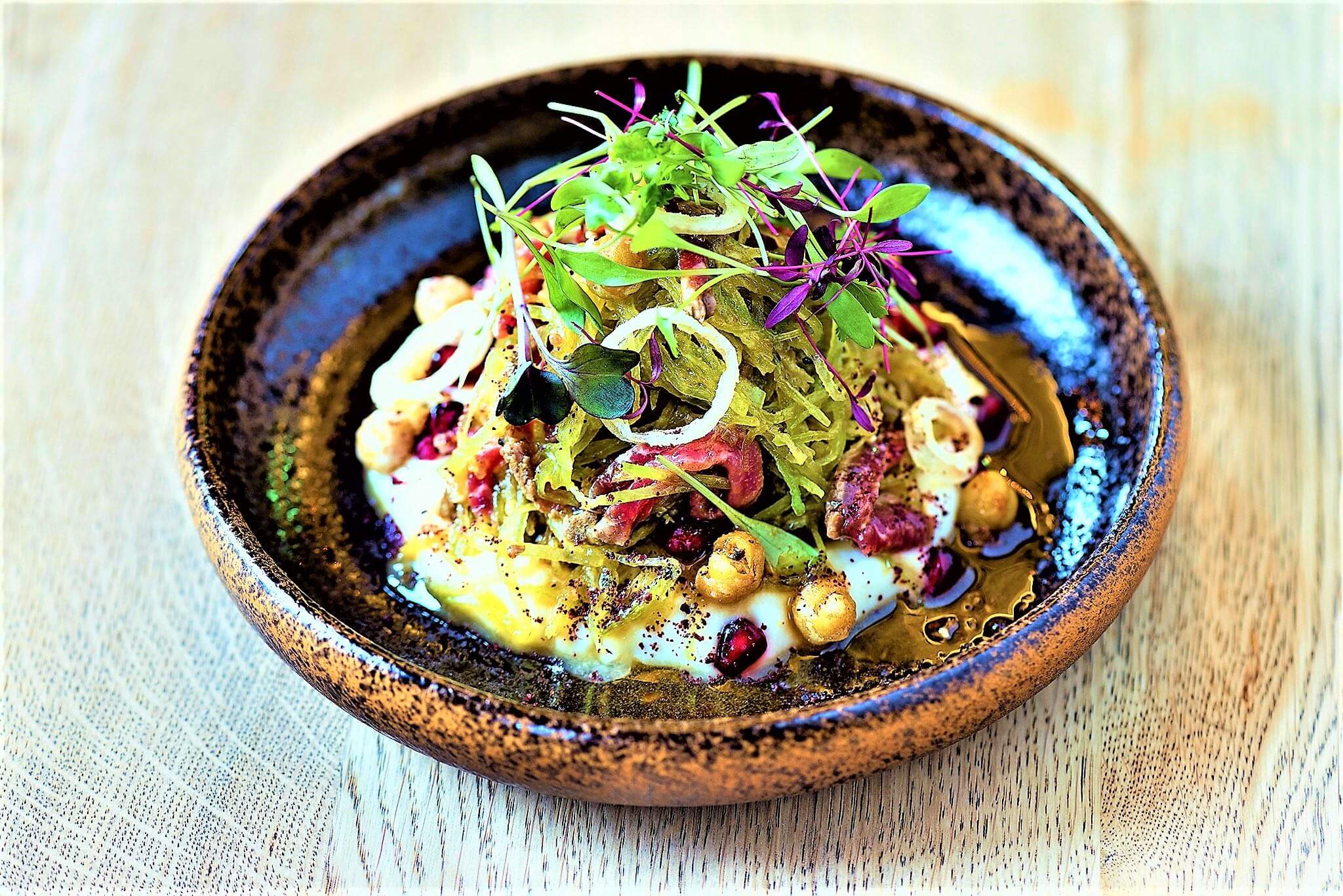 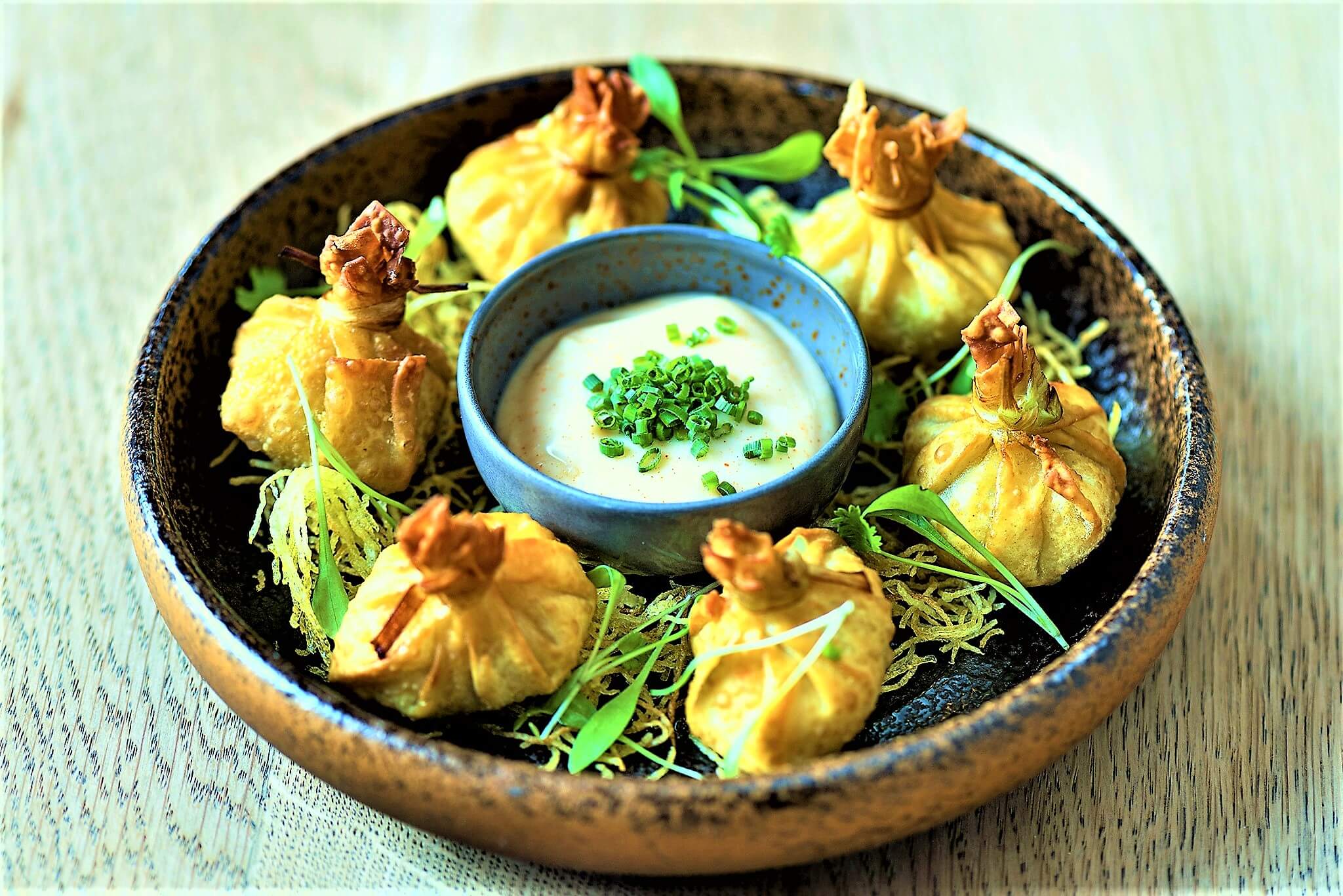 What: London’s restaurant scene couldn’t be hotter and the capital’s insatiable appetite for ethnic inspired fine dining is growing. Bask in the flavours of Central Asia – the gastronomic intersection between the Middle East and Eastern Europe at new Knightsbridge restaurant and bar, Osh, opening on Thursday (15th March)

Eat and Drink: Showcasing the inter-cultural culinary heritage and splendour of one of most legendary bazaar cities along the ancient Silk Road, Osh will offer authentic Central Asian cuisine and Uzbek grill delicacies. Signature dishes will include aromatic lamb plov, succulent charred shashlik, traditional Uzbek lagman soup, and freshly baked hand rolled flatbread. And there will be plenty of meat-free and vegan options on the menu too.

Gimme More: The bar will serve up an impressive selection of bespoke cocktails, while the upstairs lounge will offer a collection of the world’s finest spirits and unique cocktails.