What’s your hangover cure? Dominoes? Water and two paracetamols? A nap? A cry? Whatever is it, the festive season always forecasts a heavy shower of booze, and there’s never been a better time to bulk buy orange juice, and have your local takeaway on speed dial.

According to some info we found on the internet, the 14th December marks the first (official) Bleak Friday, the least productive day of the year – with Christmas festivities to blame. 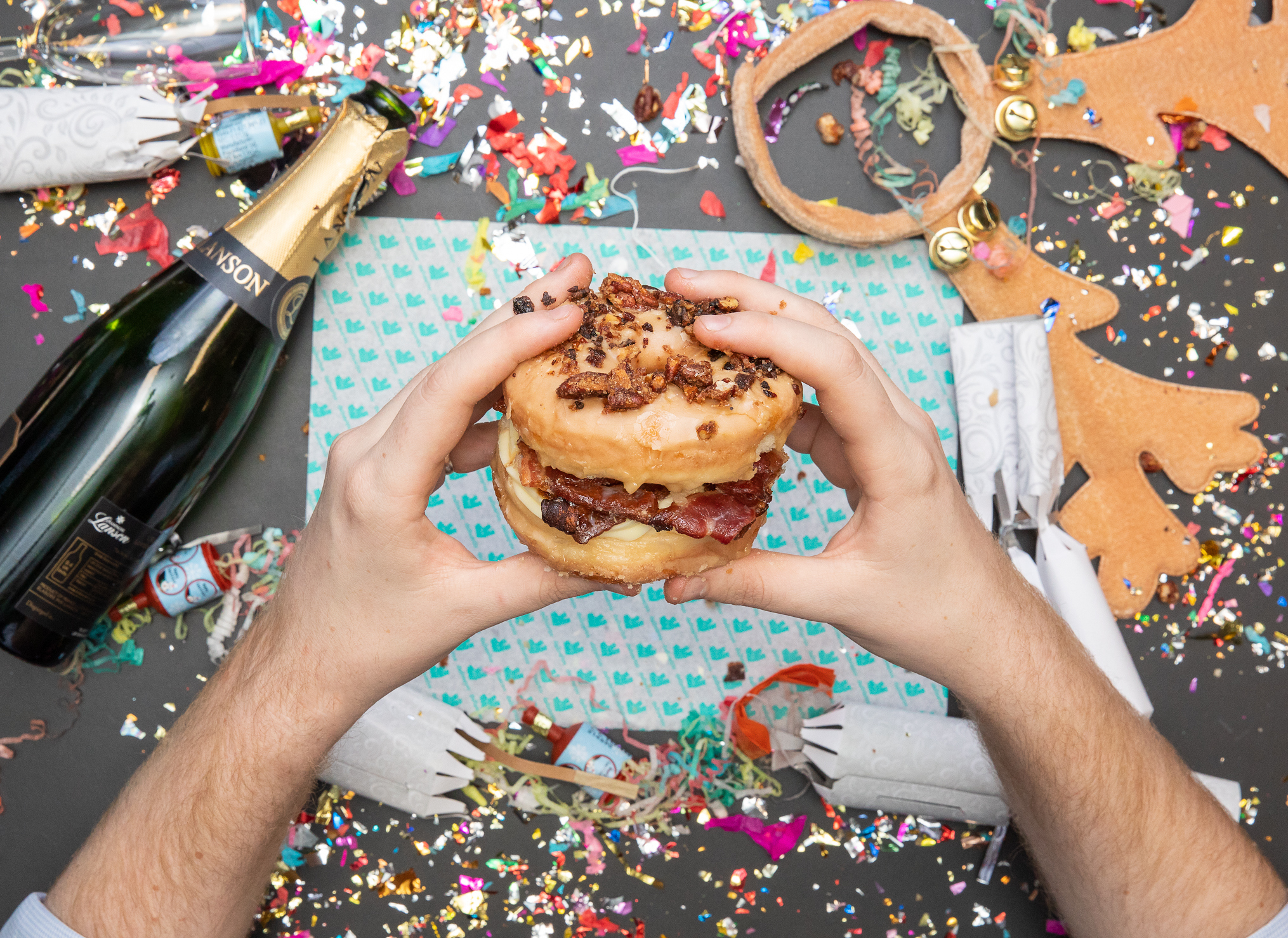 To combat the millions of pounding headaches, churning stomachs and bleary eyes, Deliveroo for Business has partnered with Doughnut Time to develop a doughnut-bagel hybrid: The Doughgel.

The festive special will be available from 9:13AM as new data from Deliveroo for Business (the takeaway delivery giant’s service for Britain’s hungry offices), has uncovered this is the time and date for the biggest annual surge of breakfast and coffee orders, spiking by a whopping 89%, compared to the week before. 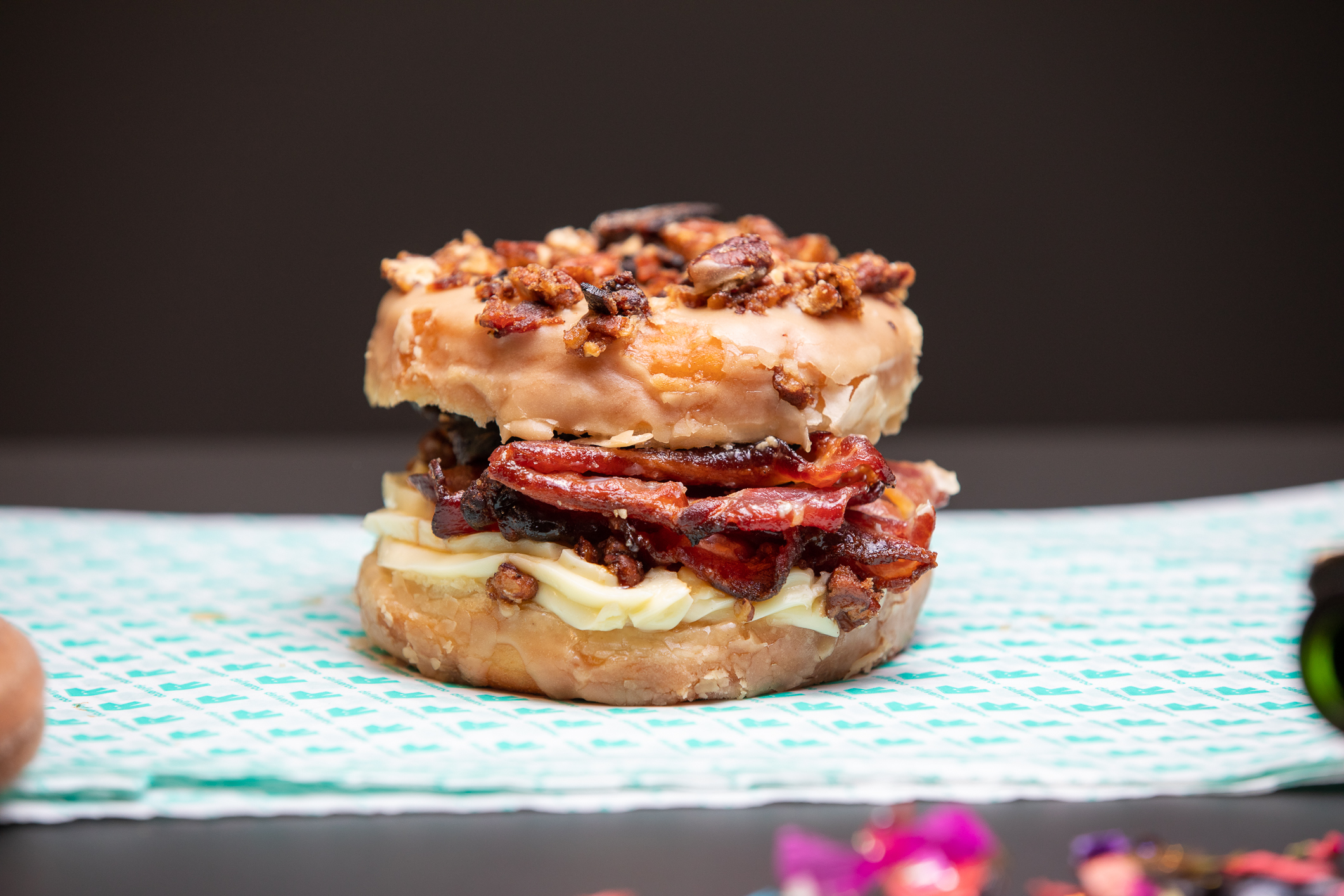 Available exclusively on Deliveroo for the festive party season, the Doughgel has been scientifically designed to clear away the cobwebs by stimulating the central nervous system. Caffeine and protein are provided by coffee-marinated bacon, whilst the vanilla and maple dough is broken down into amino acids, which in turn replenish the neurotransmitters depleted by a long night of drinking. The rejuvenating dish is topped with pecans; rich in magnesium and known for its anti-inflammatory benefits.

And, as we all know the trek to work is the worst part of any Bleak Friday, grab a free doughnut at King’s Cross, the UK’s busiest commuter station.