We’ve left no stone unturned when it came to discovering the hottest new openings in London. From a new vegan joint to an exciting late-night kebab shop, here’s ten must-visit new restaurants in the capital.

1. For a Plant-Based Menu: Ready Burger 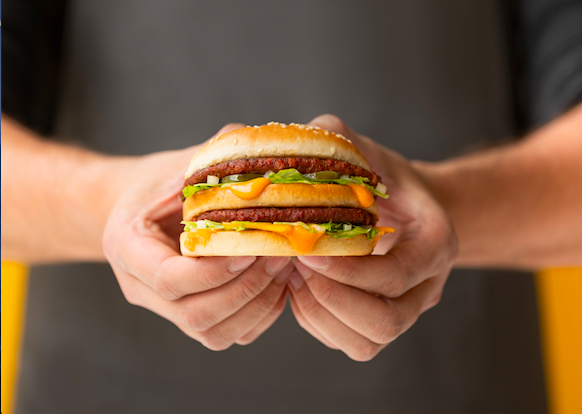 What: A new value-driven burger brand that is set to revolutionise the fast-food market with its pioneering plant-based menu, has officially opened the doors of its first venue in North London. Ready Burger’s first premises on Park Road in Crouch End presents a 100% plant-based menu featuring flavoursome plant-based burgers alongside classic sides, with premium and saver choices.

Eat: Options range from; The Saver Menu Ready Burger, to The Big Ready, to The Chicken Challenger, to the Saver MenuDouble Cheeseburger – all illustrating that plant-based options can taste just as good as their meat counterparts. Menus can be enjoyed by almost everyone from vegans, to vegetarians, flexitarians to meat eaters. 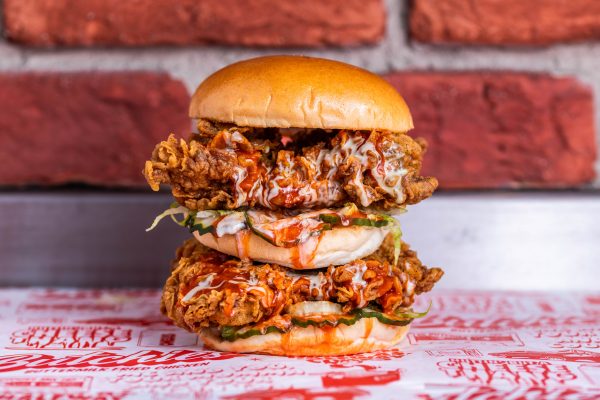 What: Outrageously tasty, sustainably sourced buttermilk fried chicken is the order of the day at Butchies fifth permanent shop in Earls Court. To celebrate the launch, Butchies is running a soft opening and offering 50% off food for the first week (1st – 4th June).

3. For a Sando: The Secret Sandwich Shop 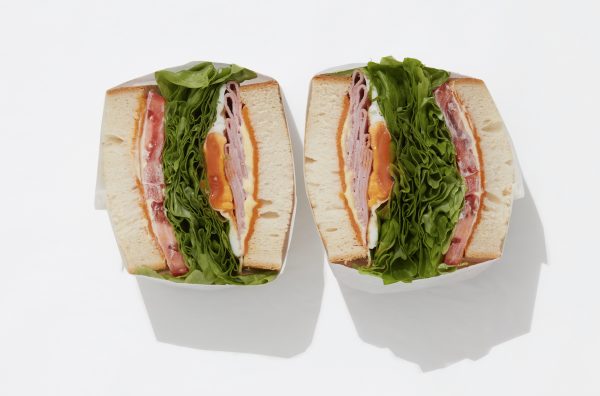 What: From the team behind the iconic Globe nightclub in Notting Hill, the Secret Sandwich Shop is a new addition to W11. The sandwiches are based on the Japanese ‘Wanpaku sando’. Wanpaku means cheeky or naughty and that is exacty how these sandwiches look. Piled high, each sando is masterfully layered with vibrant colours and textures coming from fresh seasonal veg, eggs, deli meats and cheeses all tucked into their pillowy Japanese Shokupan bread. 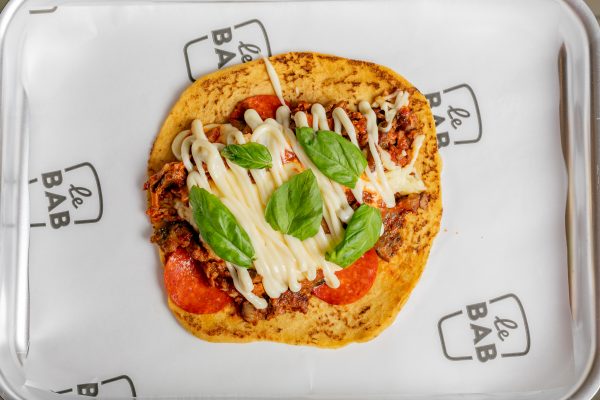 What: Stephen Tozer, Manu Canales and Ed Brunet, the trio behind Le Bab, have set up shop in Old Street with their late-night kebab shop open until 5am. Le Bab Old Street is a major new presence in the late-night food scene, providing epic, ethical food into the small hours.  Or as we like to call it… Paradise. 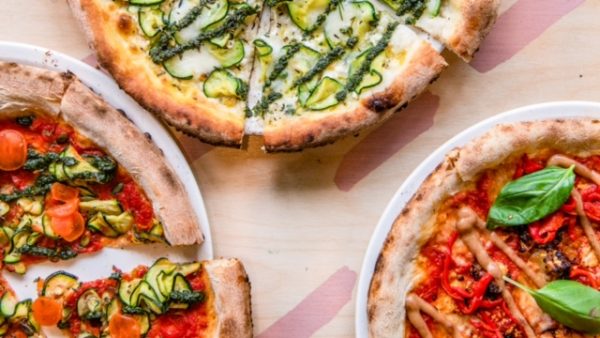 6. For a New Breakfast Option: EggRun 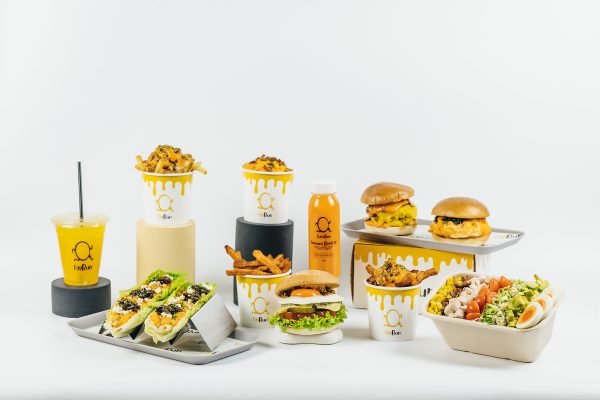 What: A cult casual eatery dedicated to the humble egg (Clarence Court Burford Browns, no less) has opened in Monument where these spherical sensations can be enjoyed any way you like, with a myriad of vegan options. Let’s face it, we all need a place that offers these protein-packed oval delights throughout the day – EggRun has hatched.

Eat: From when the cockerel crows through to when the sun sets, there’s all manner of eggy delights to crack on with at EggRun, and with every dish created by Executive Chef, John Skotidas of Mazi, the recipes are top-notch. From the Originals including the namesake EggRun; scrambled eggs, caramelised onions, cheddar cheese, chives and EggRun’s secret sauce on a warm brioche bun; to Cup on The Run; scrambled eggs, avocado and feta cream. Vegans are also amply catered for with choices including the VeganRun; vegan scrambled ‘eggs’, caramelised onions, vegan cheddar cheese, chives, chilli, spring onions and EggRun’s secret sauce on a warm vegan brioche bun. Don’t miss the burgers, scrambled eggs, and more sides than you can shake a stick at.

7. For a Fusion Restaurant: Tokyo Pizza 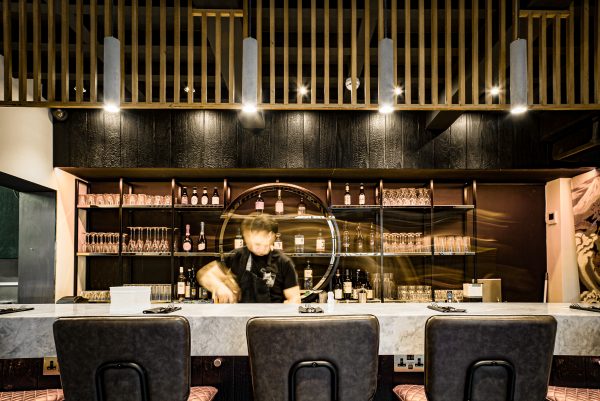 What: Tokyo Pizza is an exciting new concept offering a casual yet lively setting, pairing Japanese-inspired pizzas with an impressive selection of premium Japanese sakes, whiskies and spirits.

Eat: In the spirit of Tokyo, signature dishes include wagyu, lobster and Japanese mushroom pizza, salmon mochi, burrata salad and Mochi nin’niku, a world-exclusive garlic bread, made with mochi and glazed in spicy mayo. The expansive menu also comprises a selection of traditional Japanese side dishes alongside an array of mouth-watering deserts and fusion puffy-crust pizza toppings, all of which are carefully prepared in the Japanese-specific style of cooking, with fresh Japanese ingredients and bases made from their original blended flour.

8. For a Taste of Taiwan: Cafe Bao 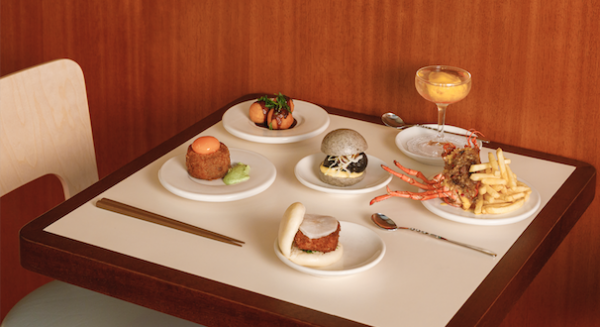 What: Shing Tat Chung, Erchen Chang and Wai Ting Chung, the trio responsible for putting Taiwanese steamed BAOs on the London map when they founded BAO, have opened the doors to Café BAO in King’s Cross.

Eat: Taking inspiration from Taiwan’s oldest Western Style cafe, Bolero, as well as the old kissatens of Japan, classic western and Asian dishes have been designed to sit alongside each other. The breakfast menu features the BAO Loaf with syrup and butter, baked ham hock congee pie, and bacon, egg, cheese spring onion pancake. As thoughts turn to lunch and dinner, there’s the Hamburger BAO, Lobster BAO and Taiwanese Fried Chicken Kiev. For something sweet, desserts include Lonely Pudding –a classic creme caramel flan, and BAOfiteroles, featuring Horlicks ice cream with chocolate sauce.

9. For a Peruvian Favourite: Andina 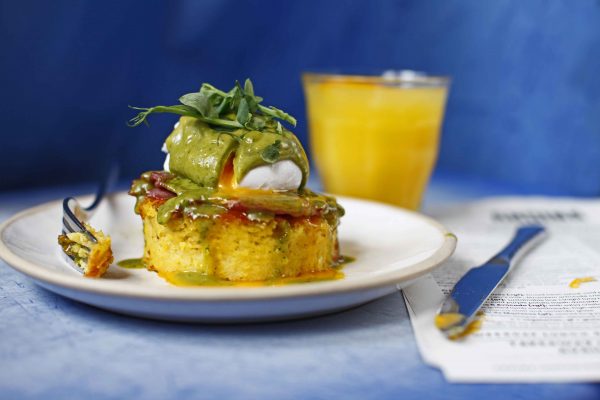 What: Andina has re-launched its new Spitalfields home, just behind the iconic Spitalfields Market. The new site offers 80-covers in the main restaurant and Pisco bar space, and a further 30 seats downstairs in Bar Mistura – a late-night cocktail bar and taqueria.

10. For a Vegan Kitchen: Tendril 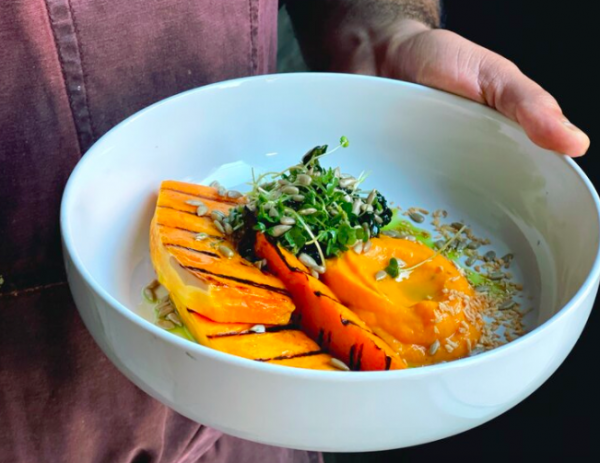