Gift Guide: 15 of the Best Whisky Brands 2020By Sam Holder

This is an article about whisky.

It feels like everything written since March 2020 P.C. (post-Coronavirus) needs some sort of reference to the pandemic.

So here it is:

2020 has not been the greatest year/ ‘This too shall pass’/ Can I hear my neighbours having a house party right now?/ Why didn’t they invite me?

There probably is some sort of thread that could be tied together beautifully – ‘what better way to wile away the hours than with a whisky in hand’ – or argument made about using money saved from the pubs, bars and clubs being closed to add a quality whisky to your collection.

But the truth is, this guide exists because we are living in a golden age of whisky.

There are just so many excellent options, from Scotland to South Africa, Sweden to Switzerland, unusual cask finishes, independent bottlers, super-aged rarities, that it can be hard to know what to choose.

Here at About Time we try to highlight whiskies you haven’t tried before.

And with Christmas around the corner, this is the obligatory reminder that every whisky drinker loves getting a bottle. 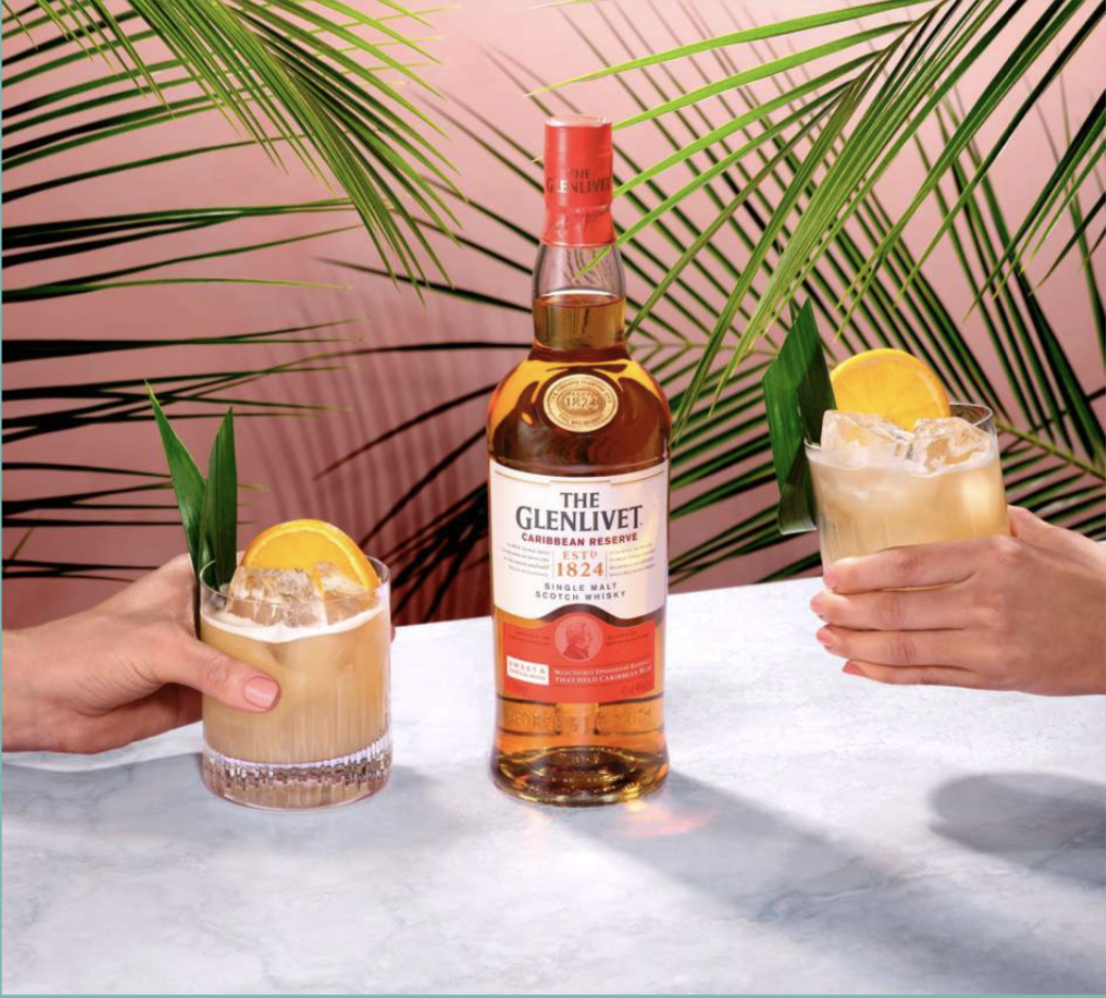 Like other entry-level Glenlivets, this will soon become a stalwart of the supermarket shelves. But it is new. And it is surprisingly tasty. Aged in casks that previously held caribbean rum, the signature smooth Glenlivet has taken on very sweet tropical fruit flavours. Well-priced, especially as Sainsbury’s, Tesco etc. have been offering big introductory discounts.

Organic whiskies are rare. Whiskies finished in Sauternes (expensive French dessert wine) casks are rare. An Organic whisky finished in Sauternes casks for under £40? To the best of my knowledge, that’s a one-off. The casks add a lovely honeyed floral sweetness to the zingy and fresh whisky (which tastes relatively young). It’s very easy going and considerably more interesting than most other bottles in this price bracket. 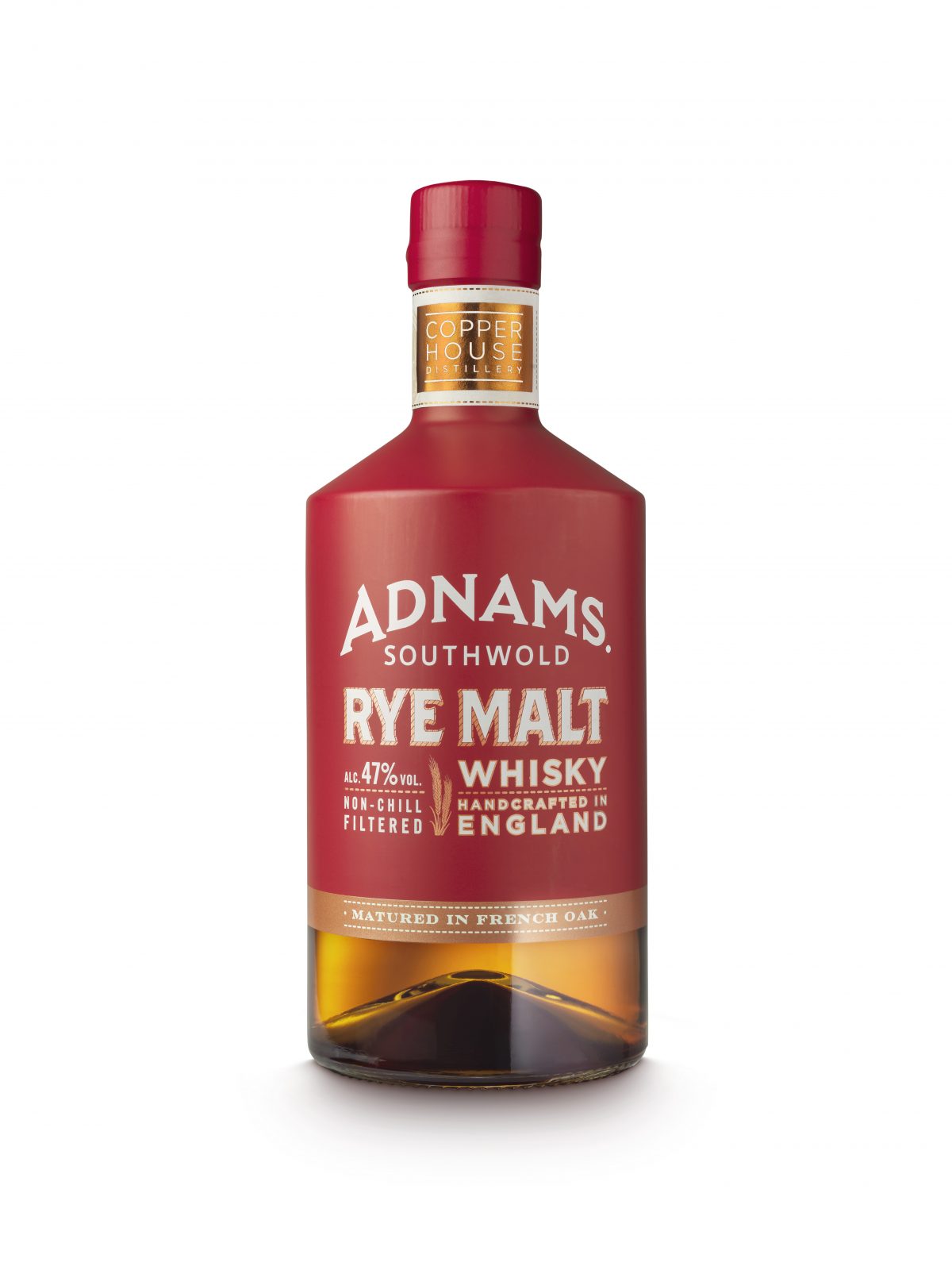 Nothing about this should make sense.  An American-style whiskey, made in England, by a brewery…and aged in French oak barrels. Oh, and it comes in a garish, bright red bottle.

Adnams may be famous for making beer, but their unusual alchemy has somehow borne liquid gold: this is a true English reinterpretation of American rye whiskey. It’s intensely fruity and spicy, heavy and punchy. And that French oak has given an extra layer of dry, woody sophistication. A big and bold British version of an American classic.

Like a fiery fog enveloping a dark Scottish night, this is for the real peat-heads. Although Port Askaig sounds like a distillery (and in fact is a real place on Islay), this is an independent bottling from an unnamed distillery. The start is deceptive, fruity and sweet, but quickly morphs into a full blown medicinal smoke explosion. Barbecued meats, ash, the smell bonfires leave on clothes. It’s strong too, bottled at 57.1%. Don’t let the light colour of the whisky fool you. I learnt my lesson. 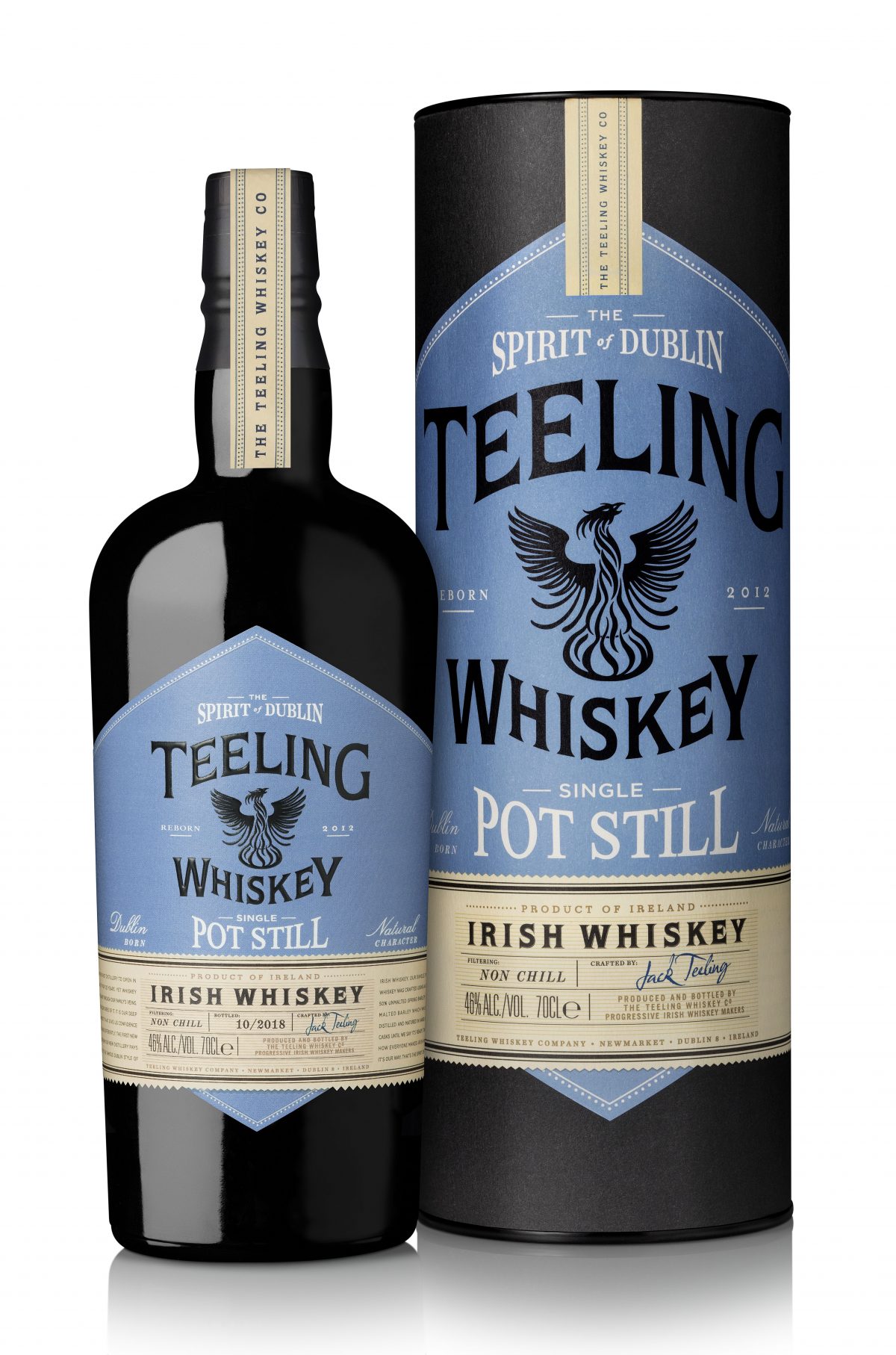 This is the first whiskey to be distilled in Dublin for half a century, reviving a near-forgotten style. And it’s so drinkable it’s hard to imagine why it ever went out of fashion. Interesting but not too challenging, the texture is creamy, the flavour something like malted milkshake, biscuits and bananas and the aroma… like brand new IKEA furniture. To top it off there’s a bright, refreshing lemony-sugary finish. Based on this, Dublin-style whisky should be here to stay.

If the Adnams is a modern British remake of an American rye whiskey, then this is as traditional as tea-dumping, amendments to a written constitution and the right to bear arms. It’s got everything you look for in a rye: creamy, sweet, spicy and very woody, with vanilla and a dried apricot finish. A classic rye flavour is hardly surprising as this rye whiskey has been aged in casks that previously held… rye whiskey for that extra rye whiskey flavour. 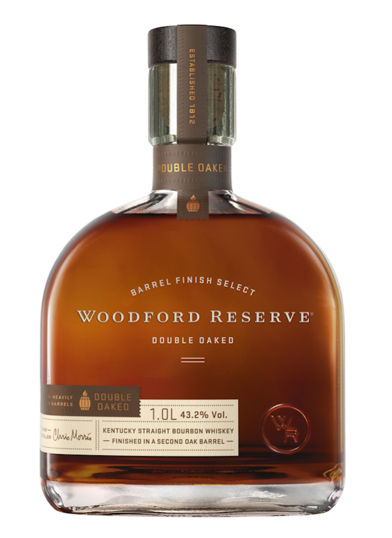 Drinking bourbon in Europe has become pretty expensive. To cut a long, boring and convoluted story (involving Boeing airplanes) short, the ongoing EU-US petty trade war has seen tariffs imposed on whiskies travelling in both directions. Great for nobody, especially cross-continental whisky-whiskey drinkers. But this impressive Woodford Reserve is bang-on-the-money. Aged in two types of oak cask – the second heavily-toasted – it has developed deep, dark, alluring flavours of chocolate, leather and wood. I’ve drunk far more expensive bourbons in the US (without those pesky tariffs) that can’t compete with this. 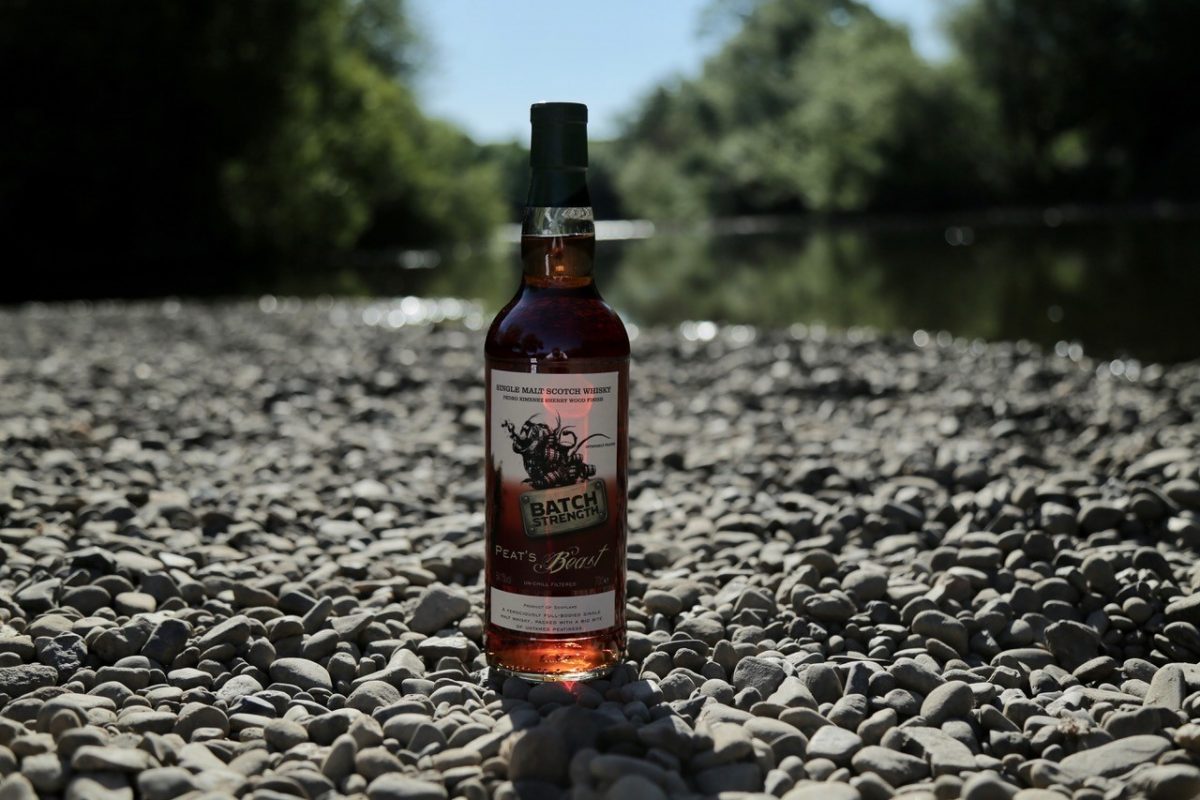 Peat’s Beast sounds like the whisky version of those extreme chilli sauce bottles. You know the ones which have health and safety disclaimers on the front because they measure 4,500,000,000,000 scoville units and can cause abnormal heart rates. But – despite the name – this is a beast with a beguiling bite. The whisky is extremely peaty, but it’s been perfectly balanced by the equally extreme richness from the Pedro Ximenez casks. It’s full bodied and powerful, but certainly not beastly. At first sip, that seductive sherry sweetness appears and remains, gently guiding the smoke through, before it builds into a bitter peaty blast. Non-peated whisky fans may find this converts them. A bottle which hits the sweet-smokey spot superbly. 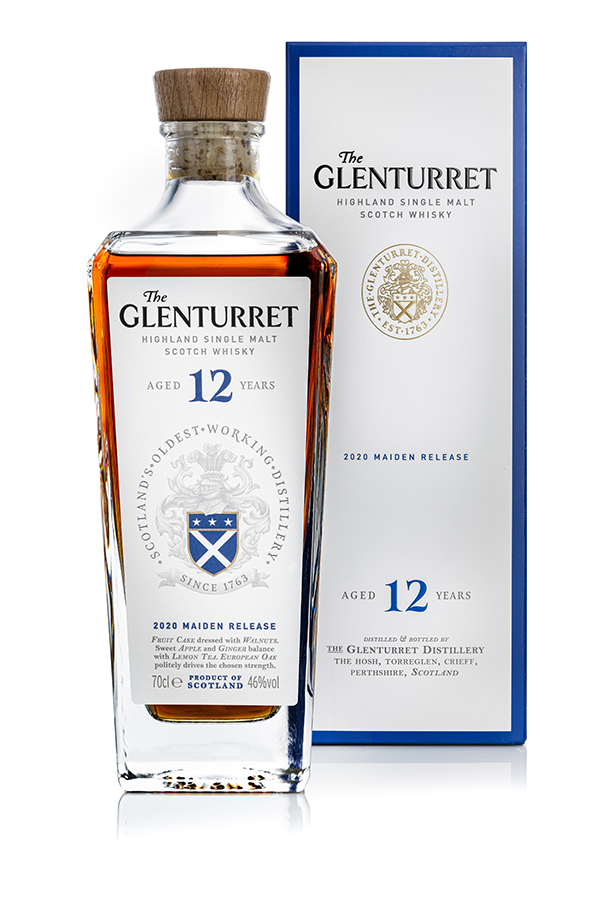 New bottle. New design. New whisky. Glenturret has had a serious makeover for 2020. Just like the quiet kid at school who turns up at university in a leather jacket and blue hair, Glenturret has undergone a radical rebirth, carefully cultivating a new identity. This doesn’t really taste like anything else out there. It’s dry, nutty, spicy and oaky with a flavour so distinct, you can imagine people will describe it as ‘unmistakably Glenturret’ in years to come. It’s almost reminiscent of a high-quality brandy. And the beautiful cut-glass bottle (Glenturret is now owned by French luxury crystal brand Lalique) actually looks like it should hold a high-quality brandy. A stylish and intriguing release from a distillery we may hear much more about over the next few years. 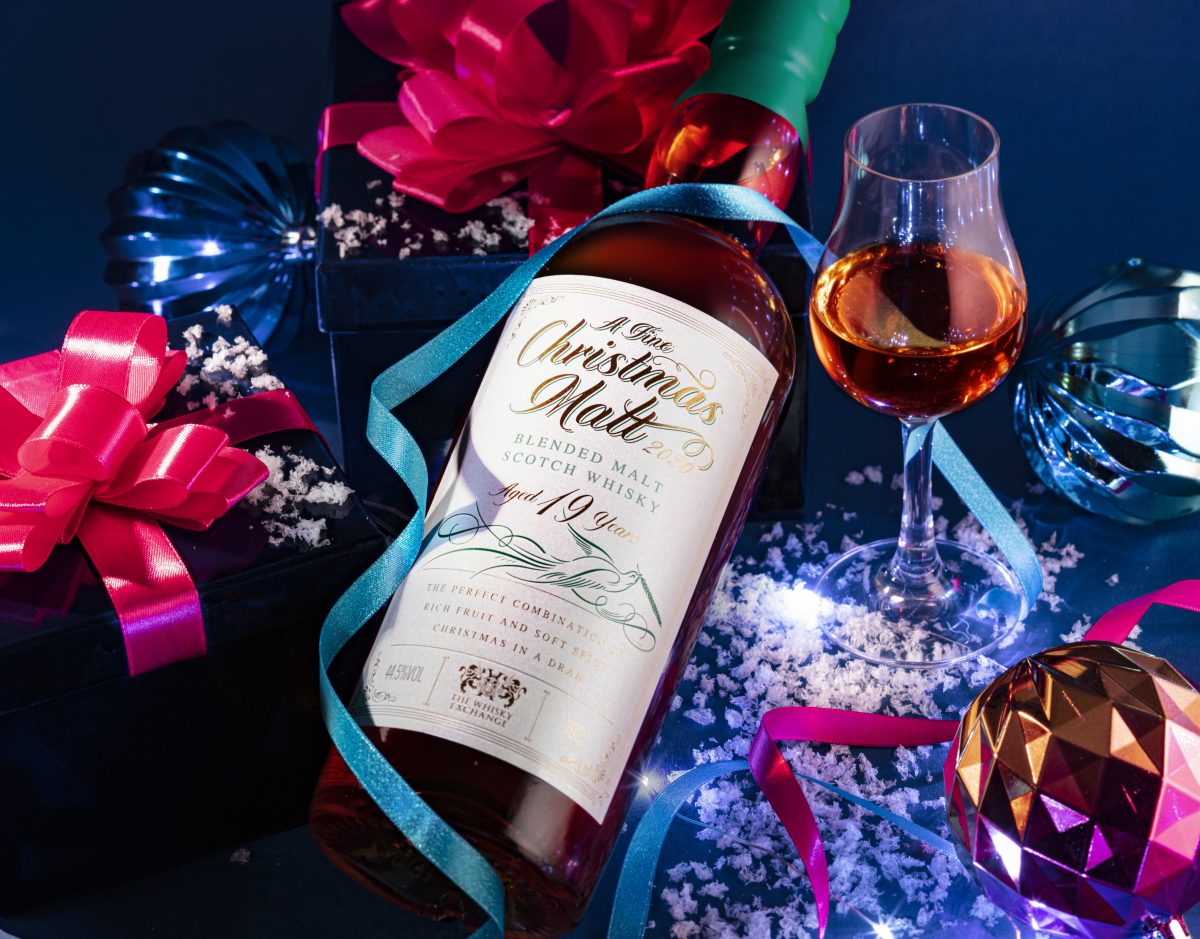 The annual limited release Christmas Malt from the Whisky Exchange is always superb and this is probably the best yet. A 19 year-old blend, totally evocative of the festive season: picture Christmas cake spices washed down with a rich sherry. The age of the whiskies inside gives a lovely leathery depth and a taste that kind of reminds you of sitting in a house full of antiques. Smooth, sweet, rich and moreish, this is an absolute Christmas cracker. 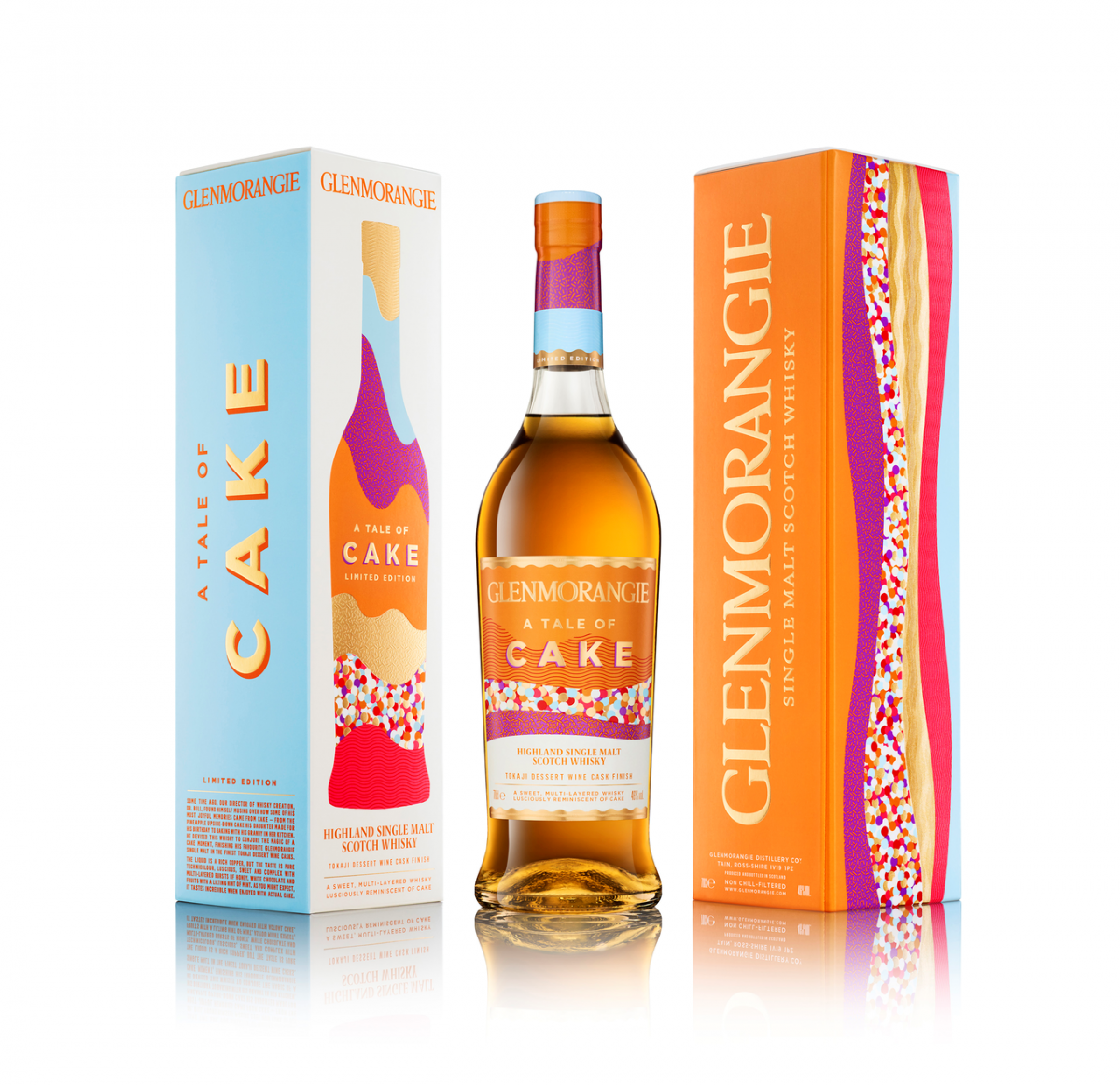 The idea behind this was to create a whisky that ‘conjures the magic of cake’. The result is so spell-binding it ought to be declared a miracle. It’s a whisky in mille-feuille form (yes, I know that’s technically a pastry): delicious layer upon delicious layer of sweet treats, wonderful things like apricots, pastries, golden syrup, tropical fruits, honeycomb, jam and cream. That’s thanks to time spent in Hungarian Tokaji barrels, arguably the best dessert wines in the world. A luscious, decadent whisky, perfect post-dinner. 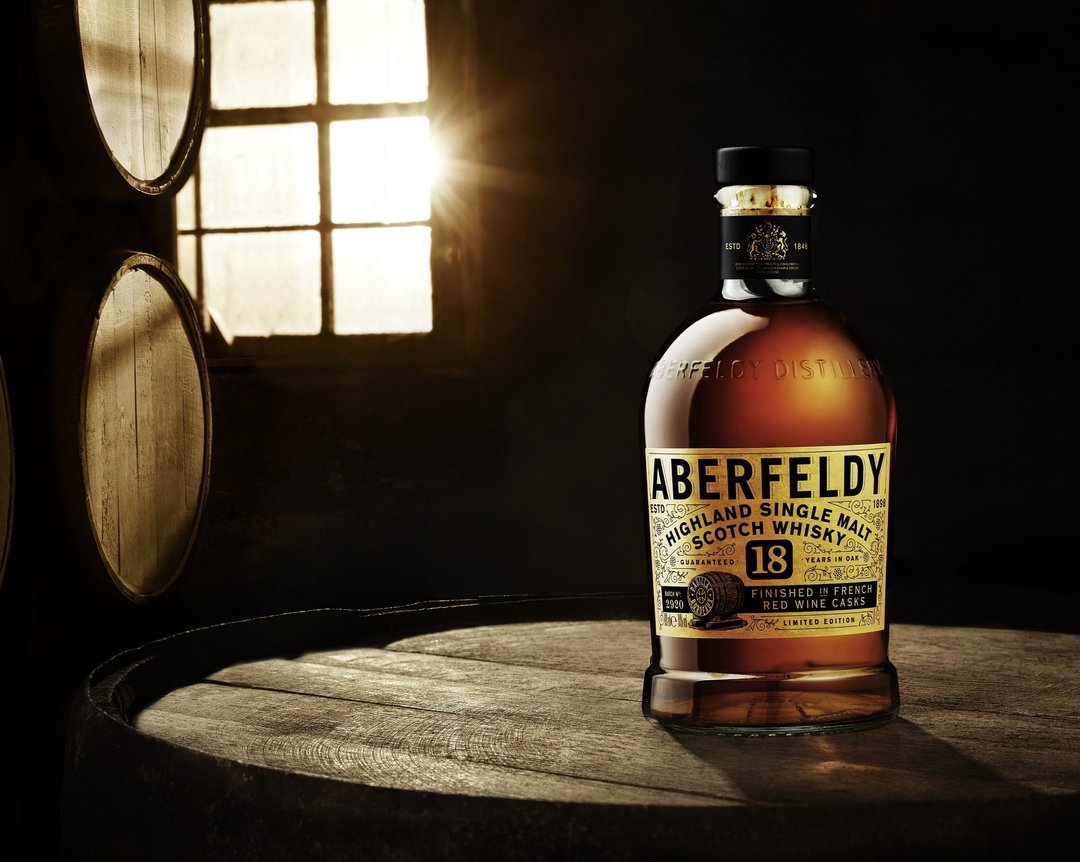 Aberfeldy is a criminally underrated distillery. Always on offer at airport duty free, oft overlooked. Which is a shame because their gentle honey-like whisky is so likeable… and their older expressions are always fantastic. This 18 year-old has been aged in very fancy red wine barrels, adding brilliant waves of red berry notes to that luxurious honey backbone. There’s even the slightest wisp of smoke in there for good measure. This is as delightful as you’d hope a near £100 whisky to be. 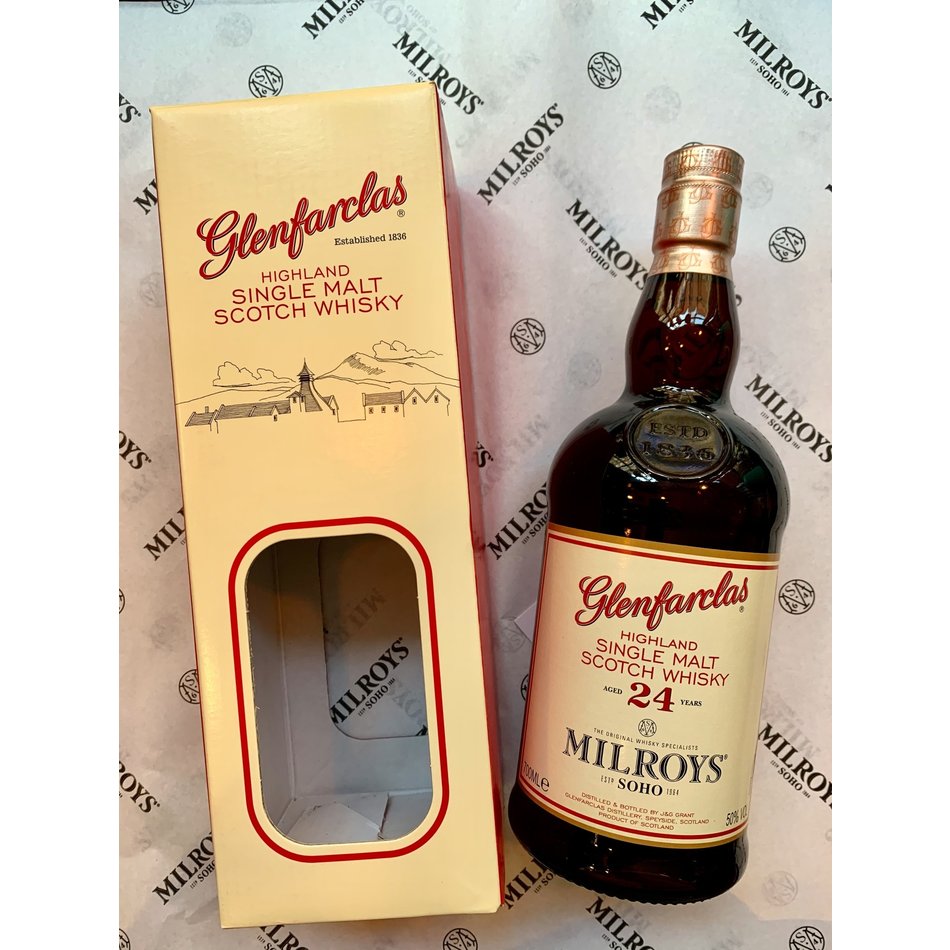 For my money (and I know, I’ve spent enough of it there), Milroys is the best whisky joint in London. The whiskies from Glenfarclas always burst with character. So you can trust that if Milroys have chosen to exclusively bottle some Glenfarclas, it’s going to be a very tasty thing indeed. This does not disappoint; after 24 years of slumber it has awoken in style. Deep, deep, deep flavours of fruit, malt, dark honey and spice meld and mingle, leading to an aftertaste that seems to last for aeons. 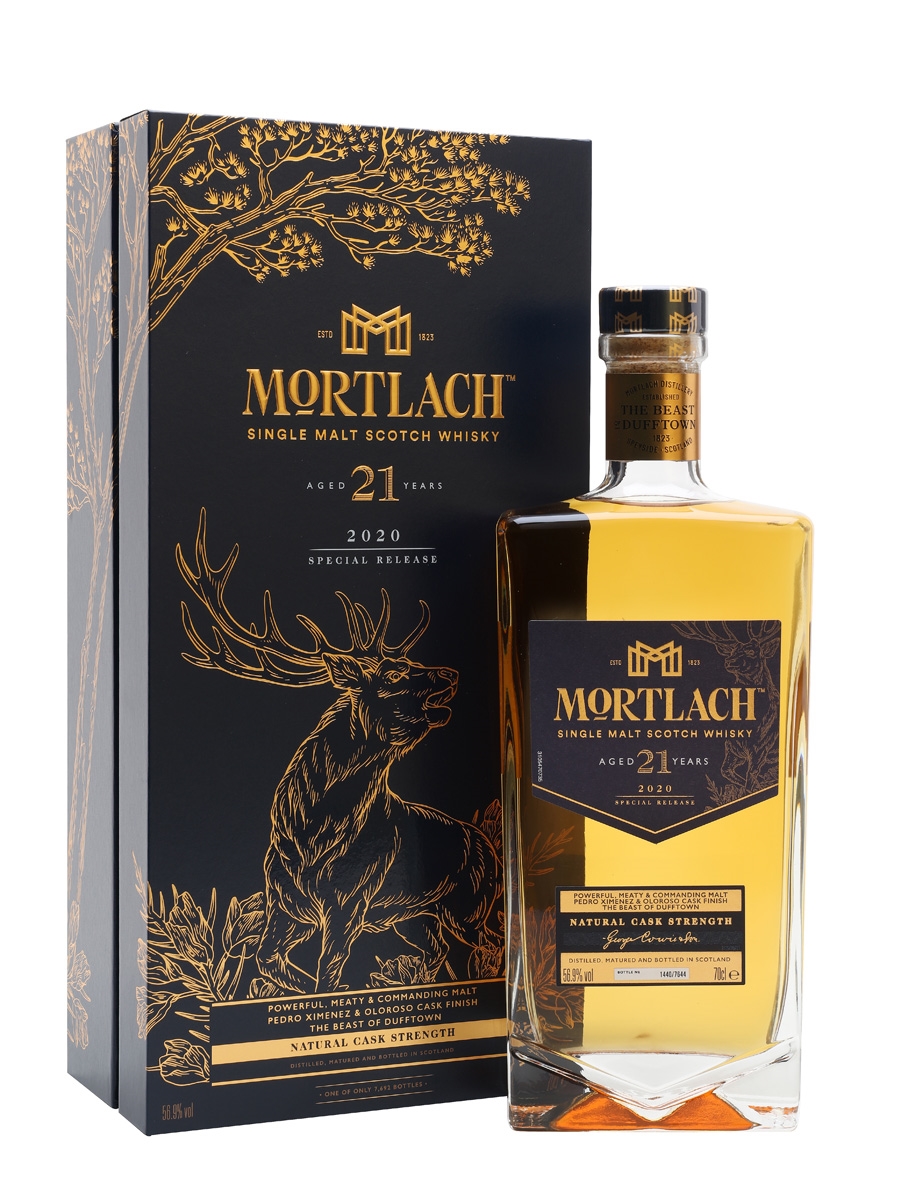 Every year drinks behemoth Diageo release super-rare super-premium super-expensive limited edition releases from some of the most respected whisky distilleries under their umbrella. Mortlach is often raved about by aficionados for it’s meaty flavour and here oloroso and Pedro Ximenez casks have added an intense fruitiness. It tastes like a cross between cured meats and caramelised pineapples! Sweet, savoury, salty and slightly smoky notes come together in a crazy, complex and captivating combination. 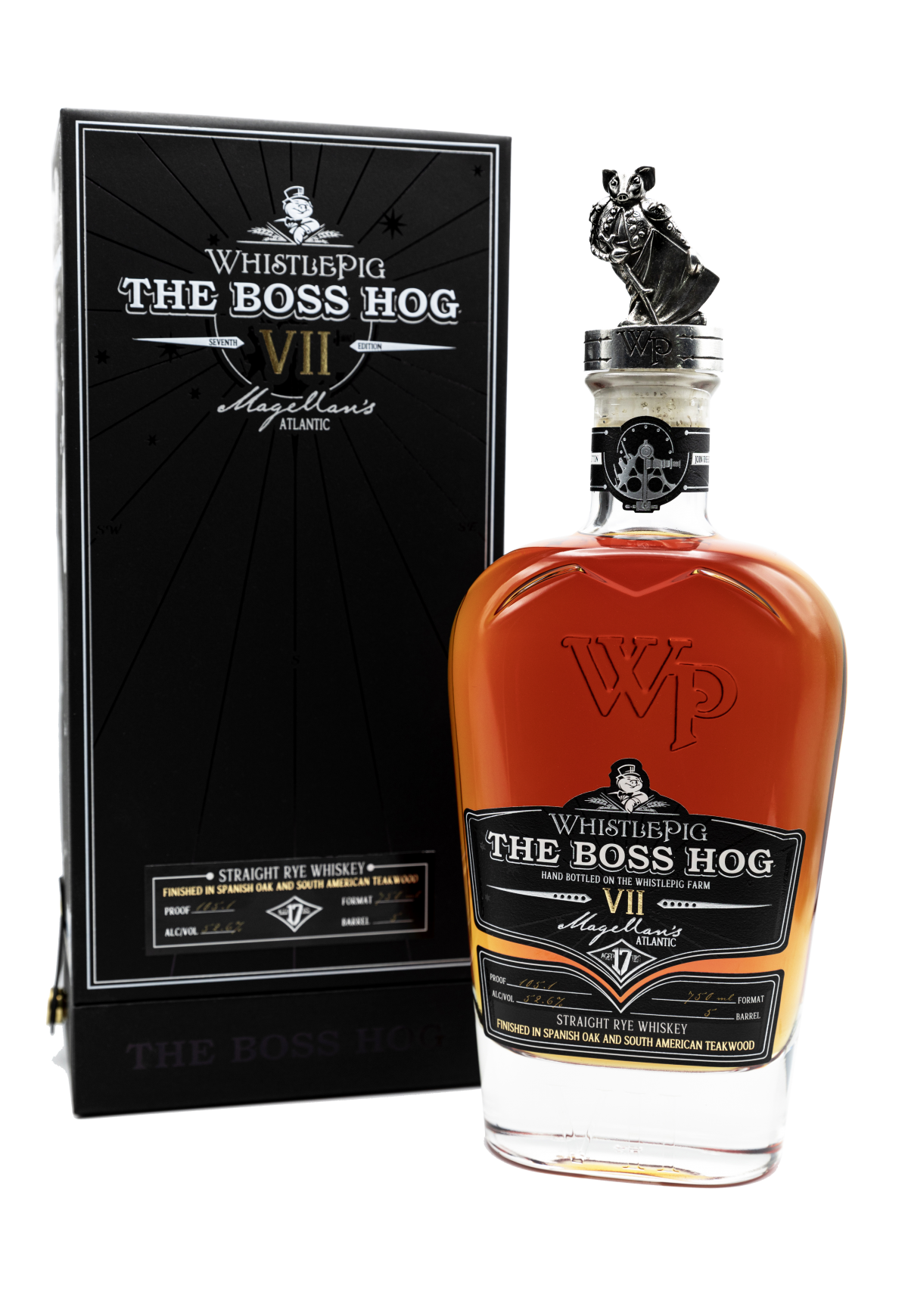 Every so often you taste something that blows you away. Unfortunately in this case, it costs £600. Is whisky ever really worth that much? I’ve tried many tasty whiskies, but for this I would consider listing all my worldly possessions on eBay. Whistlepig have taken a 17 year-old rye (positively ancient for a rye) and let it finish in two very unusual casks including one from South American teakwood. The flavour is simply spectacular: there’s toasted coconut, cherries, spices, cola, cinnamon, lots of sandalwood and cedarwood, herbs, vanilla, coffee. The fragrance is as heady as incense, so delicious in fact that I’d recommend they bottle it as a perfume. Probably the best thing I’ve tasted in 2020.